Report: Is Bitcoin poised to perform? 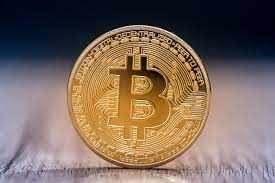 Michael McGone, an analyst from Bloomberg, has commented on the potential of Bitcoin, calling it a “wild card” which might be positioned to outperform traditional stocks and share markets.

According to the analyst, movements and actions from the United States Federal Reserve will likely have an impact on the direction of the stock market, causing it to flip with the tightening. However, McGlone believes that Bitcoin’s movements are hard to predict, making it a “wild card” that might outperform the bottoming stock market.

As a commodities analyst, McGlone’s insights take the macro-economic factors and the Federal Reserve’s tightening into consideration. In his report he notes that Bitcoin, often referred to as a hedge against inflation and economic decline, was in a position where it could rebound despite the bearish market. High-risk assets, according to McGlone, could be the next high-interest asset class that investors jump towards.

Macro in Five Charts: Crude, Commodities, Stocks, Bonds, Bitcoin – #Crudeoil may be resuming an enduring bear market and refueling the T-bond bull. #FederalReserve tightening as global GDP turns negative may help transmogrify #stocks to going down on bad news and up on good. pic.twitter.com/KZEWsZyI8h

McGlone’s report points that Bitcoin will take a different direction that stocks and shares, resulting in a bearish stock market and a bullish Bitcoin rally. The analysis indicates that Ethereum (ETH) might be correlated with stocks, and could take a less positive trajectory than Bitcoin.

However, Bloomberg’s report doesn’t necessarily align with other analysts in the industry. Others believe that Bitcoin and stock markets – especially tech stock – are more correlated than they have ever been in the past. Should this be the case, a drop in the stock market could have a negative impact on Bitcoin’s trading value. With uncertainty as to when the Fed’s tightening might end, only time will indicate whether Bitcoin will benefit or suffer from the movements.