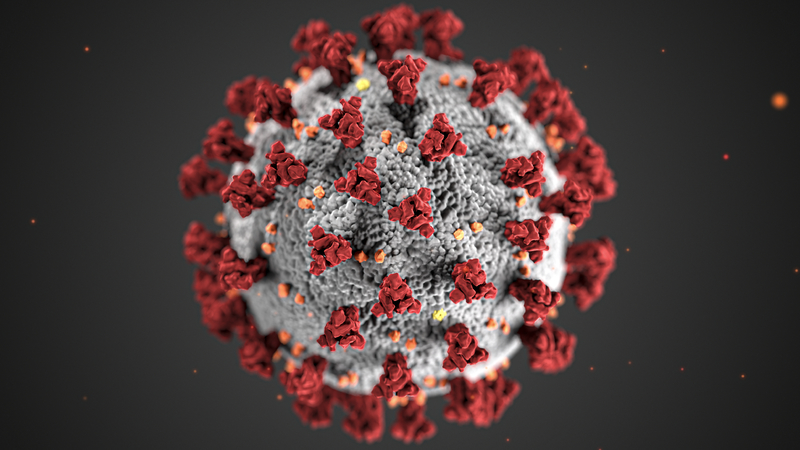 The COVID-19 pandemic has, among other things managed to throw a monkey wrench into the gearbox of the world economy. Some experts claim that it will take years, if not decades, to recover from the screeching halt it caused globally. Everything, from education to travel, has been put on hold. Billions of people have spent months in quarantine, unable to go to work or earn. The financial markets are being hit the hardest. The S&P 500 index is at its lowest since the 2008 meltdown. However, everything isn’t as bleak as these facts would suggest. There is some silver lining that can prove quite beneficial to the world economy. One of those is the effects these events have on the crypto market.

There is a slow, but steady trend of people increasing trust in cryptocurrencies to the detriment of traditional investments like stocks, real estate, and even gold. The COVID-19 pandemics has drastically increased this tendency. The biggest beneficiary of this will be Bitcoin but all other cryptos stand to gain a lot, once the dust has settled. For instance, according to a survey done by The Tokenist, 12% of people would prefer $1,000 in Bitcoin to 1,000 in stocks. Around 16% would prefer Bitcoin to gold, while 17% would prefer bitcoin to real estate investment. The biggest difference is with government bonds, with 38% of people who would prefer bitcoin over them. When compared to a similar study done in 2017, the trust in bitcoin over traditional investment has increased by 13%. This is to be expected, as Bitcoin was founded partly as a response to the 2008 financial crisis. As we are officially in recession, it is only logical that it will gain in value in the future.

Is Crypto Market Immune To The Coronavirus?

As COVID-19 continues its rampage across the globe, European stocks have reached the lowest point since 2012. The disruption of the supply chains, rising unemployment, and uncertain prospects have caused world markets to shrink to dangerously low levels. At moments, it seems that all the progress made in the previous decades over establishing a truly global economy may come undone due to a viral breakout. All this has forced investors to seek low-risk vessels for their capital. As we have seen, traditional investments have been losing ground to cryptocurrencies, and bitcoin profits have been a tempting alternative. Many experts agree that in the near future we will see massive value increase for bitcoin, with some sources claiming that it could reach $50,000 by the end of 2020 and possibly $350,000 by 2045. While these claims have yet to be proven true, it is clear that the crypto market may very well be immune to coronavirus.

With rising risk attached to fiat currencies, we are witnessing a surge in interest for cryptocurrency coins. People are trying to learn more about them. Fortunately, there are plenty of resources on the Internet that they can use, like the one teaching you how to buy bitcoin in the UK successfully. This increasing interest generates a lot of attention and is positively affecting the value of crypto markets, as more and more people are getting involved. This is confirmed by the prediction Nexo co-founder Antoni Trenchev made, claiming that bitcoin could easily reach $50,000 in 2020. With the upcoming halving event, this could easily happen. For comparison sake, when the last halving happened, bitcoin skyrocketed some 4,000% in value. While that is hard to imagine happening now, some value gains can certainly be expected, despite the overall economic situation.

According to the Deutsche Bank, the COVID-19 pandemic may very well be a critical point for the adoption of digital currencies. The true extent of the effects the pandemic will have on the global economy is still unknown, but cryptos will definitely benefit from it. Many central banks see cash as a potential danger, which will force them to hasten the adoption of bitcoin and other cryptocurrencies. The abandonment of fiat currencies will in short term destabilize the market and increase the use of digital currencies, creating a spiral that will lead to wide-spread adoption of digital cash. As with all new technologies and ideas, some will not adapt as fast as the others. This alone will create instability in the system, but in the long run, it will smooth out, a majority of banks come on board with the idea. Some of them have already started issuing their digital currencies, a trend that will be massively followed in the future.

One of the main reasons for the popularity of cryptocurrencies is that they are immune to government manipulation we often see in fiat money. That doesn’t mean that the market itself can’t be manipulated, but at least it isn’t left on the mercy of some power-hungry politician. Central banks or international financial institutions hold no sway over it. For instance, Bitcoin protocols are independent and aren’t controlled by anyone but the market itself. In some ways, it is a libertarian fantasy that comes true. The lack of government regulation, however, won’t last forever. EU has already issued directives to its member-states on new regulations and some, like Germany, have put them in practice. The others will follow suit. Some investors, like Tim Draper, go as far as to claim that the crypto market will play a more important role than banks or even governments in the post-COVID-19 world.

The crypto market will play a much larger role in the post-COVID-19 economy than it did in the past. It is a logical consequence of the limitations pandemic imposed on us. There is no doubt that this change can bring many benefits. However, it can be a double-edged sword, as we as a society increase our dependency on the digital world. As with everything else that relies on the Internet, security is the number one concern. Hopefully, it will also evolve and be able to guarantee safety for both people and their investments.