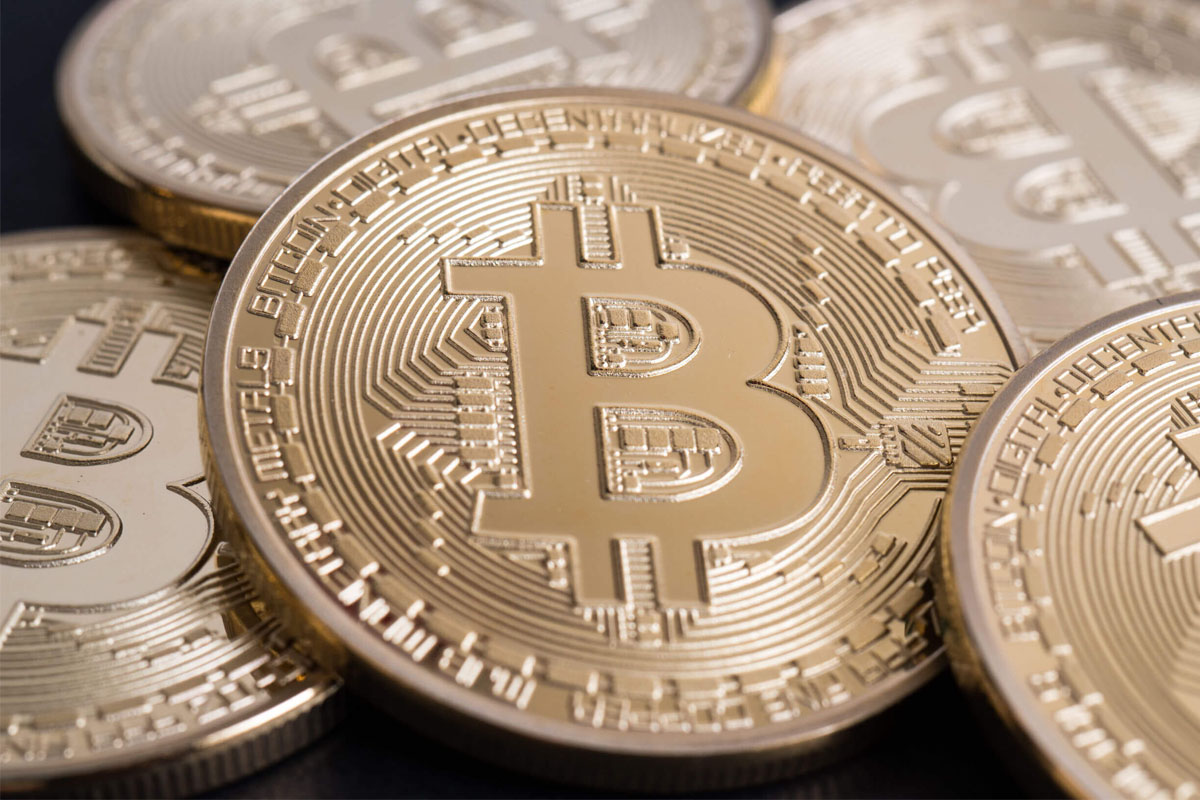 Bitcoin is the next step in the evolution of money.

Bitcoin is the first example of a peer to peer money and is not controlled by any central authority. Because Bitcoin isn’t controlled by a government or reserve bank, it is immune from the kinds of government manipulation that have devalued countless national currencies.

As no single administrator is responsible for the maintenance or backing of Bitcoin, transactions issued in Bitcoin are verified and recorded in a public distributed ledger that is called a Blockchain.

This means that computers around the globe each hold a copy of that public ledger, and transactions made in the Bitcoin network are visible for all to see. Users can buy and transfer bitcoins directly between each other or use a centralized exchange to buy bitcoin with traditional currencies.

Although all Bitcoin users essentially have the ability to see verified transactions in the Blockchain, the identity of transacting parties remains unknown. Whereas a bank might record the names of transacting parties, the Bitcoin blockchain instead represents parties impersonally as a series of alphanumeric characters.

How are Bitcoin transactions listed?

Transactions listed in the Blockchain are verified through a process called Mining.

Computer users around the world, nicknamed Miners, bear both the responsibility of authenticating transactions in the Blockchain and introducing new bitcoins into the world.

Bitcoin Miners run open source bitcoin clients on purpose-built computers that compete to solve complex mathematical problems. When solved, these problems verify pending transactions and, as a reward, Miners receive an allotted amount of bitcoin as a reward when a ‘Block’ is completed.

There will be a maximum of 21 million bitcoins in existence, meaning that once all bitcoins have been awarded or ‘Mined’, no entity will be able to ‘print’ or create more.

How did Bitcoin start?

Bitcoin may have had its beginnings in what is known today as the ‘cypherpunk’ movement; an online collective of enthusiasts that met during the early 90s to discuss topics including mathematics, crypto raphy, computer programming, politics, and philosophy.

The cypherpunks’ libertarian philosophy informed their view that the world might function more successfully with little to no government and that strong online privacy and cryptography might inform the way people interact with one another in the future.

Bitcoin, as such, is not the first attempt at forming a digital currency; over thirty previous attempts have been made in the form of systems called CyberCash, E-Gold, NetCash and others. However, all of these systems supported a centralized authority and arguably offered little benefit to users, with many merely writing these ideas off as scams.

Bitcoin and the blockchain, as a decentralized digital currency, where first detailed in a white paper that was published by a writer under the alias of ‘Satoshi Nakamoto’. Though thousands of media outlets and pundits have offered their speculation as to who or what Satoshi Nakamoto might be, there is, as yet, no conclusive answer.

Bitcoin refines on many of the ideas first expressed by the cypherpunks by using cryptography and mathematical proof to create a decentralized currency system where there is no central authority.

The Bitcoin network first came into existence when the first open-source Bitcoin client was released, and when Satoshi Nakamoto proceeded to mine the first block of bitcoins (called the ‘genesis’ block) for a reward of 50 bitcoins.

Why was Bitcoin invented?

Bitcoin was intended to serve as an alternative to the current financial system. As designed by Satoshi Nakamoto, Bitcoin would serve as an electronic payment system based on mathematical proof that could function independently of any central authority and be transferred with very low transaction fees.

Fundamentally, Bitcoin is an attempt to solve an age-old problem; throughout human history, parties have used currency to authenticate and secure trust when trading goods.

Traditionally, a currency must be able to serve as a Store of Value (holding trust or significance over a long period of time), as a Mechanism of Exchange (which traders can use to transfer value from one item to another), and finally as a Unit of Account (which people can use to price goods in a market).

How can we use Bitcoin?

We can see this exemplified in several use cases. To illustrate, in the time before paper money, people would pay each other in Gold and Silver. The rarity of these precious metals gave them a sense of value and significance, though typically either material is not easy to transport or divide into smaller portions (both important features of good money).

To simplify that problem, paper money emerged as a means to ‘lay claim’ to gold lying in a bank vault. This made it far easier for traders to transport paper money when facilitating transactions. Over time, Central Banks emerged as the mechanism where currency was issued and gold or silver was stored.

However, over time ties between paper money and gold (or silver) were severed. This effectively meant that there would be no limit as to how much paper money a bank would be able to create.

Instead, paper money (and later funds stored digitally) would be offered as credit. For example, when a bank issues a loan, it typically creates money, issues it to a loaner, and expects those funds to be paid back with interest. A bank traditionally keeps a reserve of this credit-based money to survive.

With government-issued paper money, a reserve bank can typically print money as needed by the economy. This can lead to inflation, where prices for goods increase and the purchasing value of paper money decreases.

In the worst cases, this can lead to financial crises where a bank will require a bailout or face the collapse of the monetary system.

As technology progresses, banks are now seeking means with which to transact digitally. This, in broad terms, would see currency values exchanged over the internet and mean that in the future, it would be exceedingly difficult for two human beings to trade without the intermediation of a bank.

Why is Bitcoin so interesting?

Bitcoin is incredibly interesting thanks to the fact that it could potentially serve as a better international monetary system than paper money thanks to the fact that it satisfies the properties of money better than traditional currencies. It is Durable (it lasts over time). Transportable (it can be easily transported from location to another), Fungible (where every unit is equivalent to every other), Divisible (where it can be broken down into smaller units), Acceptable (where it can be exchanged for goods and services), and Scarce (in that it has a limited supply and is difficult to fake).

Bitcoin is supported by the fact that it relies on mathematical proof as its foundation, that there will never be anything more than 21 million bitcoins in circulation, and that bitcoins will only become more difficult to create over time. In this sense, Bitcoin is called a deflationary currency.

Bitcoin offers an amazing alternative to the traditional banking system, relies on immutable mathematical proof for its foundation, and for the first time in human history offers a decentralized currency where trust between two parties can be scaled to the level where a global community has equal access to a global monetary system that is natively digital.

In part two of our Bitcoin Basics series, we’ll be unpacking the process through which Bitcoin works in detail.