What is a blockchain bridge and why do we need them? 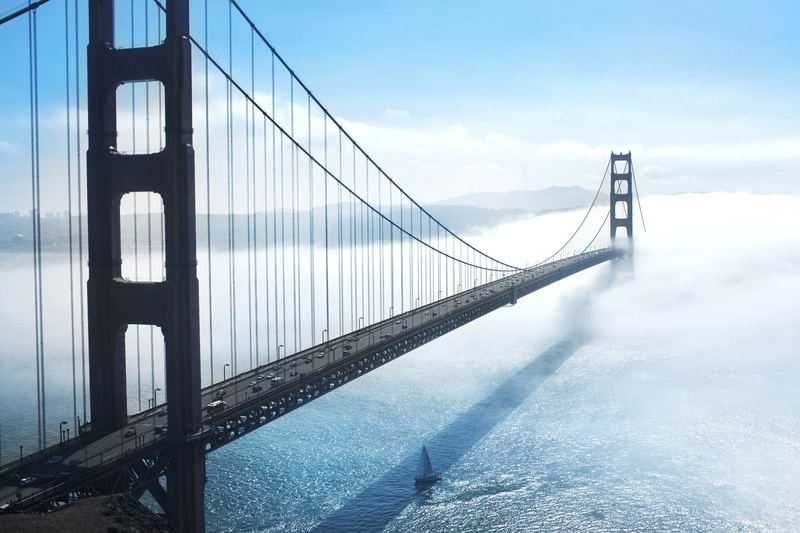 In finance, it is important for systems to work with one another and be able to communicate with each other seamlessly. This seamless integration is called interoperability and it’s crucial for networks to operate together. In the blockchain industry, especially in the earliest iterations of networks, interoperability between blockchains is not built into the designs and there is a need for a solution. This is where a blockchain bridge comes in.

What exactly is interoperability in blockchain?

Interoperability refers to the ability of systems to operate and interact with one another, transferring data, information, and value seamlessly across platforms and networks. With interoperability at play, this transfer of info happens even if the networks are not part of the same system. It’s kind of like different banks working with each other; where one individual can send funds to another individual even if they’re not with the same bank. While there might be fees and delays, the banks DO work together and CAN interact with one another. If there was no interoperability in finance, any online money and transfers would be almost impossible to use functionally. This lack of interoperability is one of the system designs that is plaguing current blockchains at the moment – especially value-focused networks like Bitcoin and Litecoin.

The solution to interoperability: A blockchain bridge

A blockchain bridge is exactly what the name might imply: The technology acts as a bridge to link blockchain networks and allow isolated networks to work together even if they’re not part of the same system. It means information, data, and cryptocurrencies can be shared across networks easily. Previously, networks like Bitcoin and Ethereum – two of the leading cryptocurrencies – had no way of interacting with each other. With a blockchain bridge, this is remedied and it allows users to send tokens from one network to the other without moving their tokens from one crypto exchange to the other.

Why is a blockchain bridge important?

While it is possible to simply send tokens from exchanges and transfer cryptocurrencies from wallets, there are issues that come with that. Firstly, it’s inconvenient to consistently need to swap tokens around on exchanges. Moreover, each transaction has fees associated. Not only do the exchanges cost transaction fees, but some wallets do too. And as each transaction costs you to move money – and the gas fees can be high depending on the market – these costs add up. Moving crypto from platform to platform also mostly relies on using native exchange wallets which alleviates a lot of the control and privacy of your cryptocurrency activity.

Using a blockchain bridge is a more convenient process and it makes moving cryptocurrencies across networks a lot less expensive, and it means you can retain your personal crypto privacy.

A blockchain bridge uses something called a wrapped coin to move a token from one isolated network to another. How this works is by sending a token (like Bitcoin) to a blockchain bridge to a network you’d like to operate on (like Ethereum). As the token foes through the bridge, the original token gets locked up at the bridge and the same value of that token is minted on the other network as a wrapped token (for example, Wrapped Bitcoin would be WBTC on Ethereum’s network).

You can use the wrapped token on the network in the same way that you would any other token. This is because the wrapped is minted as a native token that can operate seamlessly within the new blockchain’s ecosystem. This allows you to explore and interact with platforms, projects, and applications that are on the new blockchain without needing to transfer your cryptocurrencies to the platform.