What does HODL mean? That, and eight other crypto-jargon terms unpacked 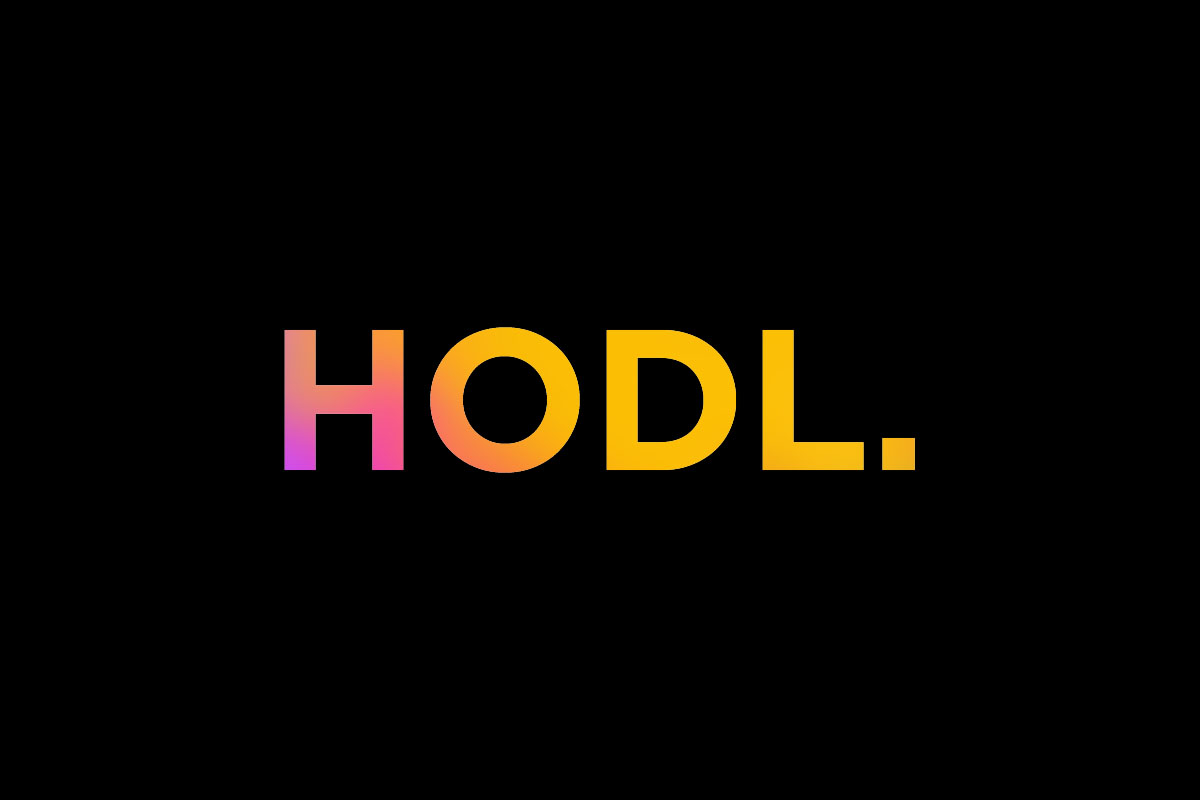 How’s the hashrate on your hard fork?

If you feel as if you’ve tumbled into an Urban Dictionary spinoff every time you visited your favorite exchange or online forum, then you’re not alone.

Thing is, cryptocurrency is a little bit like the cantina scene in the original Star Wars movie – where the longer you look, the weirder things tend to get.

Before you find a scoundrel and a wookie to blast off with, however, we’ve got ten cryptocurrency terms that you should get to grips with before you take your first steps into a galaxy far, far away.

Perhaps the most original cryptocurrency term – and the most proprietary to the blockchain industry – HODL has its origins in a drunken Bitcoin Forum thread where a trader going by the handle ‘GameKyuubi’ misspelled his intent to hold onto his profits, rather than sell.

In the years since HODL was first proudly inaugurated by fledgling cryptocurrency communities, the term has become somewhat of a rallying cry for investors and traders around the world seeking to re-create William Wallace’s iconic moment from Braveheart – minus the makeup.

If you need a clearer sign that cryptocurrency investors are desperate to line their pockets, consider that ‘spedn’ – meaning to spend one’s cryptocurrency as, you know, an actual currency – only reached zeitgest levels some five years after ‘HODL’ debuted.

The philosophy of ‘Spedn’, for those who practice it, dictates that there is no true value in a currency if it is not used for day-to-day transactions.

Unfortunately, the rare stripe of these mystical monks are usually treated as outcasts among their more common siblings. Which brings us to…

When moon, or to the moon

The fantasy of every investor, the phrase ‘when moon’ denotes when a cryptocurrency rises in price, ‘shoots for the moon’, or otherwise tries to head to that nice Star Wars cantina we mentioned earlier.

Cryptocurrencies surging in price value may attract battle cries of ‘to the moon!’ in online forums, while newer investors who have just invested in their first cryptocurrency might question ‘when moon?’

For those lucky investors who play their cards right, seeing their favorite cryptocurrency ‘moon’ might realize the dream that is…

The goal of every HODL’er, simply put, is to accrue enough money to purchase a Lamborghini. How and why we arrived at that particular marque and not something more economical – like a Fiat Panda – remains an elusive topic. It may or may not having something to do with Lamborghini’s ‘bull’ logo, but we’ll get to that later.

Cryptocurrency HODL’ers who don’t spedn their fortunes before the year 2020 may collectively announce their plans to purchase Lamborghinis en masse following their rags-to-riches stories of purchasing dirt cheap cryptocurrency tokens and cashing out at ATHs – and, speaking of which…

No, this isn’t some new kind of ATM. ATH stands for All Time High – and before you bust out the old Rita Coolidge song and do your best Bond impression, we’re not about to channel MI6.

All Time High refers to the highest price value a particular cryptocurrency has reached. The goal of HODLers, should they choose to sell, would be to flip as many cryptocurrencies at their ATHs to pursue Lambo 2020.

Sometimes, however, an ATH is more than meets the eye. With such big fish in such a small pond, the likely driver of an ATH is usually…

Get your head out of the gutter.

Right, now that we’re back on course – a ‘pump and dump’ scheme refers to a co-ordinated bid by cryptocurrency investors to simultaneously invest and elevate the price of a particular cryptocurrency. The according price rally encourages new investors seeking maximum profits, and the suspense can build like the quiet twinkle of snow before an avalanche.

Once the said cryptocurrency has reached a particular price point, a team of investors will then proceed to trigger a mass sell-off – discarding their unwanted cryptocurrency en masse, and leaving its price to plummet into the abyss. Those left behind are cursed with what we call a…

A saying inherited from the stock market, a bearish market describes a pessimistic market in which share prices are falling, encouraging selling.

Investors with a pessimistic outlook might address themselves or a particular cryptocurrency as ‘bearish’. The term, notably, hasn’t only pertained to price movements – cryptocurrency investors may refer to themselves as ‘bearish’ by persona, indicating their preference to sell rather than HODL.

On the other hand, the opposite of a bearish market is a…

Somewhere along the lines in the worldwide stock market, someone thought it would be an excellent idea to connote market pessimism with the image of a bear swiping downwards, and optimism with a bull prancing upwards.

If that doesn’t make too much sense to you, welcome to cryptocurrency – where we trade currencies called ‘DOGE’.

In short, bullish markets describe the exact opposite of a bearish market – a space where share prices are rising, and investors feel encouraged to buy.

If you happen to share negative news in a bull market, you might be accused of spreading…

No, that’s not some new disease. FUD stands for Fear, Uncertainty, and Doubt – and if that term has been leveled at you, you’ve probably shared a pessimistic (or realistic) outlook in the recent past.

Read: Token with a pinch of salt: Exploring the weirdest coins on the market

Reviled by those aiming for Lambo 2020 or HODL’ing to the moon, FUD most commonly refers to news items, opinions, or statements that impact prices negatively or, more generally, are without concrete foundation.