What are smart contracts? 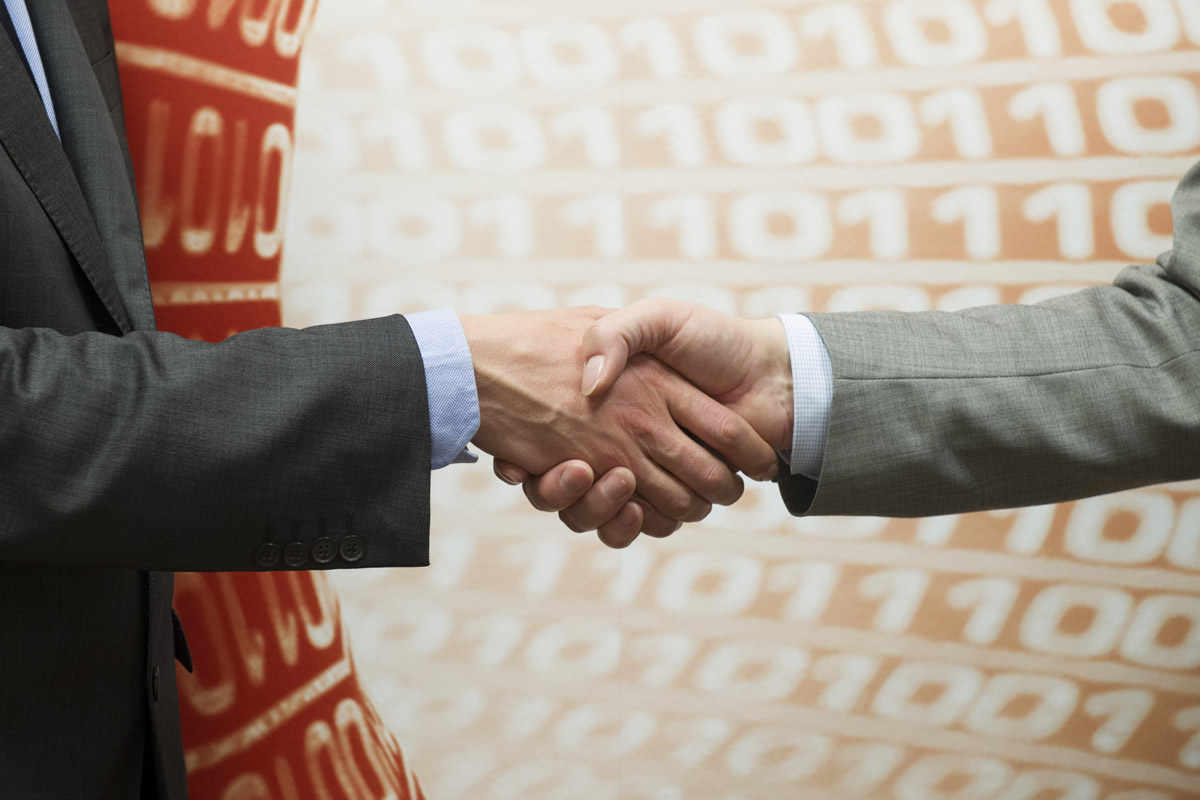 While blockchain technology has introduced the capability for users around the world to conduct peer-to-peer transactions, another problem for monetary systems to consider is how to facilitate complex financial agreements. For cryptocurrency users, the absence of a central bank of regulator means that agreements must always be created with trusted parties, as refunds or guarantees cannot necessarily be issued.

The term ‘smart contract’, as first coined by Nick Szabo, refers to a protocol designed to digitally facilitate or enforce the performance or negotiation of an agreement. In the context of blockchain technology, smart contracts allow the undertaking of credible transactions over a decentralized network which are both trackable and irreversible.

Specifically, smart contracts exist through blockchain technology as self-executing agreements that are written into lines of code, and allow users to maintain agreements while retaining either pseudonymity or anonymity. Put simply, smart contracts today guide cryptocurrency users in exchanging anything of value in a conflict-free manner without relying on a middleman.

The greatest difference between smart contracts and classical contracts is that smart contracts can not only define the rules or penalties of an agreement, but can further autonomously execute those agreements and enforce existing obligations.

How could smart contracts be used?

To exemplify, a user of a cryptocurrency platform could use a smart contract to facilitate an agreement with another user.

Hypothetically, if the two parties came to a lease agreement, the two could lodge the specifics of a deal through a smart contract if they decided to transact in a cryptocurrency. A lessee could pay rent through a digital currency, and the landlord would be able to supply a rented asset in turn for a set period of time. Should the landlord not provide the rented asset on time, the smart contract would be able to issue a refund of any payment

A lessee could pay rent through a digital currency, and the landlord would be able to supply a rented asset in turn for a set period of time. A smart contract could be used to autonomously deliver an asset at a specified time following payment, and should a landlord not provide the rented asset on time, the smart contract would be able to issue a refund of any payment to the lessee.

By working on an ‘If-Then’ premise, smart contracts could ensure the faultless delivery of an agreement. Smart contracts can be set to ‘self-destruct’ or cease after a certain period of time, and the code that underpins the agreement cannot be interfered with by either party without alerting the other.

Smart contract technology could be used in the future to underpin thousands of digital (and in some cases, real-world) agreements ranging from insurance premiums,  property law, credit enforcement, and other financial services.

While smart contracts cannot ensure the actual exchange or delivery of a physical asset (such as a property, house, or other item), they are capable of detailing agreements and outlining the scope of an arrangement over a decentralized network.

Smart contracts have been considered to be a key factor in streamlining several industries, and might threaten the existence of several trusted facilitators or ‘middlemen’ in the near future.

Smart contracts, however, are not perfect. Chiefly, a poorly constructed smart contract can fail to execute an agreement as originally designed. Further, their lack of regulation and adoption in courts of law means that in many cases agreements executed by smart contracts cannot be considered in court should an exchange go awry.

However, smart contracts – when constructed properly – may represent the future of many different kinds of transactions or agreements. For their users, smart contracts provide autonomy, trust, speed, and accuracy, and provide safety through cryptography. Further, smart contracts can provide both backup services (as information is recorded on a blockchain) and can save parties money through mitigating the need for a middleman.

Ethereum represents one of the foremost platforms where smart contracts can be created. Users wishing to create smart contracts through Ethereum can code an agreement, and pay for computing power in Ether (ETH).

Other such platforms such as EOS and NXT, have similarly emerged in recent months and years.

The rules of the risks attached to cryptocurrency trading don't need to be impossible to follow. In this, we explore risk trading and how...

A Guide to Buying Bitcoin

Learn where and how to buy Bitcoin. Find out where to store it once you have bought it.

A Beginners Guide to Social Trading in 2021

Learn what social trading/copy trading is and how this is one of the best ways to trade for beginner traders. Find out which are the best...

If you are interested in CFD trading and wanting to learn how to make money from trades, here are a few tips and tricks to help.

2 years ago
See All
© 2023 - Coin Insider
Cookies ensure that we give you the best experience on our website. Continue?OK