The number of cryptocurrency investors holding more than 10,000 Bitcoins known as Bitcoin “whales”, seems to be growing as the cryptocurrency token’s price rallies.

As reported by blockchain data and intelligence provider Glassnode, the moving average of the number of addresses belonging to whales rose to 111 during the week. This is the highest number seen in the last eight months and the increase also boasts an 11% increase since the beginning of March.

However, it is worth noting that the increase of unique whale addresses does not mean that there are necessarily new whales entering the market since one investor, as well as cryptocurrency exchanges can hold several addresses.

According to Stack co-founder Matthew Dibb, this rise is likely as a result of long-term holders moving back to expand their current cryptocurrency investments as the token sees a bullish rally. 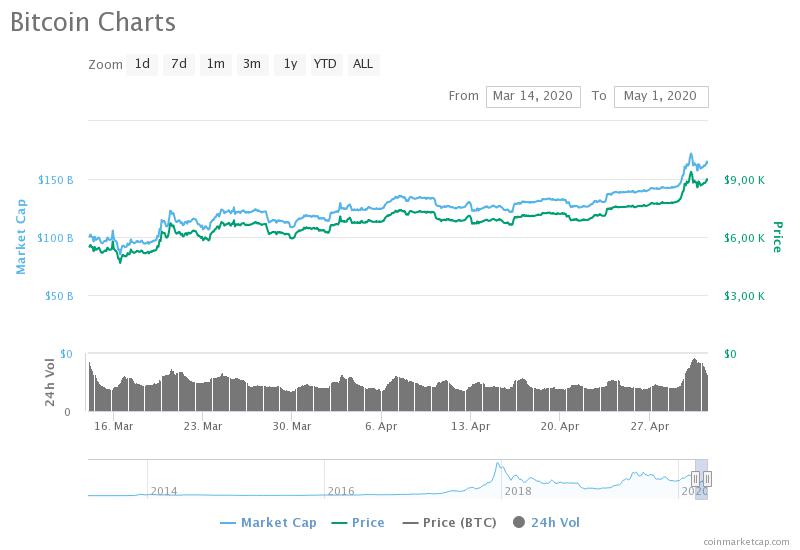 The movement of Bitcoin’s price over the past six weeks has further resulted in bullish predictions for the token, which might have attracted large investors to expand their cryptocurrency portfolio.

Bitcoin whales enticed by the lead-up to the halving

Furthermore, the upcoming Bitcoin halving, which is due on May 12th, is predicted to prompt a long-term bullish trend. Investors are anticipating that the halving, which slices the reward that Bitcoin miners get by 50%, will spike the token’s value in the short-term as well as over time. This is encouraged both by bullish sentiment as well as historic data from previous halving events.

Read more: What is the Bitcoin halving and what does it mean for cryptocurrency?

As the event looms, it is possibly attracting new Bitcoin investors as well as enticing current whales to expand their current holdings.

Stack’s Dibb commented on the bullish sentiment surrounding the year-to-date performance of the token:

“The year-to-date performance indicates that investors’ awareness of the digital asset has increased and its role as a potential diversification vehicle for traditional portfolios has been underscored by its strong recovery from its recent lows, relative to more traditional markets. We expect this strength to persist as Bitcoin continues to take pole position in the race.”