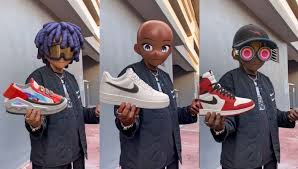 Non-fungible tokens (NFTs) are all the rage at the moment, with new investors making their way to buy and hold unique collectables from well-known and emerging artists. While art might be the best-known expression in the scope of NFTs, the space is offering a lot more digital assets and leading brands have been working to include the concept into their own marketing and products. In this, we explore some of the leading brands that have been pioneering and leading NFT adoption.

“A celebration of sport and a future where digital goods inspire physical activity.”

ASICS were among the first athletic-wear brands to jump on NFT adoption, launching a collection of limited edition digital shoes in July 2021. The brand’s NFT collection, the “Sunrise Red” features ASICS digital sneakers as well as a collection of unique items listed under the “Gold Edition”.

Not only did ASICS onboard the idea of NFTs as one of the pioneers of adopting the innovative tech and art, but the NFTs also have a social-justice tilt with proceeds helping fund the digital artists behind the work. According to ASICS, this project marks “a celebration of sport and a first step in building a future where digital goods inspire physical activity.”

Before ASICS launched their own NFT, Puma was testing the water of digital fashion in partnership with the same company behind Iridescence, an NFT that took the art world by storm with the first digital fashion that went for $9,500 USD on auction at the Ethereal Summit. The Fabricant, the arthouse that created Iridescence, worked with Puma to create an NFT collection called “Day Zero”. The core concept behind the collection is to focus on reducing the environmental impact of fashion. According to Puma, the collection has reduced the resources needed to sample, handle, and travel for the collection by 30%.

“NFT and metaverse artists take the iconicity of the brand and put a fresh, modern twist on it.”

The red-bottled giant stepped into the world of digital assets in July 2021 with 3D creators at Tafi, hosting an auction for a special edition NFT collection. The collection, featuring virtual loot boxes (called “Friendship Boxes”) were a part of an initiative to raise funds, with the auction proceeds going to the Special Olympics. Inspired by video game loot, the virtual loot boxes revealed different unique digital items like a digital Coca-Cola Bubble Jacket, collectable cards, and one of its retro Coca-Cola fridges.

From a financial point of view, Coca-Cola’s foray into the Metaverse was a major success with the collectable collection seeing a winning bid of $575,883.61 USD come in.

“Can now live in your hearts, stomachs and digital wallets.”

The fast-food company took advantage of the NFT craze early on in the year, dropping a collection of digital taco-themed collectables in March. The collection featured five distinct NFTs, each sold in batches of five. At the initial sale, each NFT went for $1.79 USD (with Taco Bell set to receive 0.01% of future sales). Now, some of the taco-themed NFTs are on sale for close to $200,000 USD.

Nike had already jumped in the NFT game with the patent of CryptoKicks, a spin on CryptoKitties two years ago.

However, the global leading shoe brand has just announced the acquisition of RTFKT, a virtual sneakers and collectables brand. RTFKT announced the news explaining that the move is driven by a passion for cutting-edge innovation in creativity and community. According to Nike president and CEO John Donahoe, the acquisition will help “[accelerate] Nike’s digital transformation and [allow them] to serve athletes and creators at the intersection of sport, creativity, gaming and culture.”

RTFKT is now a part of the NIKE, Inc. family. 🌐👁‍🗨 pic.twitter.com/5egNk9d8wA

“Available for an extremely limited time, but will last forever.”

At the beginning of the year, Pizza Hut launched an NFT collection featuring different digital slices as artwork each week. The idea was to sell the highly limited edition NFTs at extremely affordable prices (like a slice of pizza). The first slices were sold for $0.18 USD worth of Ethereum at the time. Weeks later, the NFT was relisted for $9,000.

The digital Mona Pizza is upon us. Pizza Hut presents 1 Byte Favourites, a highly exclusive NFT minting run of 1 byte pizzas, each for the cost of 1 bite of pizza. Available for an extremely limited time, but will last forever. https://t.co/f4831jybLc pic.twitter.com/yhUbxfs7YG

“It’s time to enter the world of limitless possibilities”

Early in December, Adidas announced that it was teaming up with massive NFT collection Bored Ape Yacht Club, gmoney NFT, and PUNKS Comic. Details of the collaboration are yet to be announced at the time of writing, but the brand has stated that the goal is to see customers and fans of the brand “express their most original ideas and be their most authentic selves” with the possibilities that the Metaverse offers.

Today we leap Into The Metaverse with @BoredApeYC, @gmoneyNFT & @punkscomic.

It’s time to enter a world of limitless possibilities.https://t.co/LmgtrRn20c pic.twitter.com/40kU8tayrS