Three major Bitcoin forks you should know about 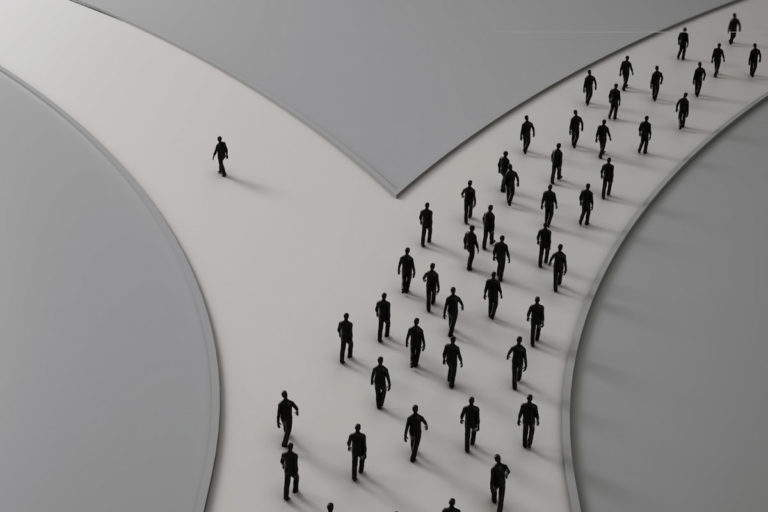 To cut to the basic meaning, a Bitcoin fork is created when a development team duplicates a Bitcoin blockchain, making specific changes in different aspects with the hope of offering a better version.

The change might be a divergence (known as a soft fork), or a permanent split (a hard fork) which would ultimately create a new digital currency.

When Satoshi Nakamoto introduced the world to the first cryptocurrency – he launched Bitcoin as an open-sourced technology, meaning that any project can copy the code and modify it with different levels of change and varying scales of success.

There are several reasons why a fork might happen, such as a proposed change to protocol because a pioneer might perceive a flaw in the algorithm or system of a particular blockchain and might think they have a potential solution. A big issue for which Bitcoin has been criticized is the troubles of scalability, particularly pertinent to the number of transactions that can be processed at any given time.

The crypto-cupboard of forks is not lacking, with some more respectable than others. Three of the most prominent Bitcoin forks are Litecoin, Bitcoin Cash, and Bitcoin Gold.

Bitcoin was launched in 2009, and two years later Litecoin was announced with the intention of being the ‘silver’ to Bitcoin’s ‘gold.’

In order to understand Litecoin, it’s easy to compare the divergent currency to Bitcoin since it serves to do the same job, just at a cheaper and faster rate.

At a quick look, the notable differences between Bitcoin and Litecoin are their coin limit (Litecoin, with 84 million, is capped at four times more than Bitcoin’s 21 million), algorithm, and average block time.

Like Bitcoin, Litecoin is also generated by mining. However, former Google employee Charlie Lee, the creator of Litecoin made one fundamental change for end-users: it is four times quicker to mine a Litecoin block, taking only two and a half minutes as opposed to Bitcoin’s ten.

From a technical point, Litecoin has taken elements from the process used by Bitcoin – known as the SHA-256 hashing algorithm – and modified it to make it much more serialized. The new algorithm favors large quantities of high-speed random access memory (RAM) as opposed to pure processing power.

The result of this change in the algorithm Litecoin means that transactions are much speedier, and therefore less competitive.

With a faster transaction speed – or block time – than Bitcoin, it also reduces the risk of double spending attacks, minimizes time for confirmation, and allows higher volumes of transactions.

Litecoin comes with its own set of issues, however, and the algorithm creates a proportionally larger blockchain and we don’t know yet how it will be able to handle a massive volume of transactions if the need arises.

Like Litecoin, Bitcoin Cash was also born out of the want to sort out some of the pressing issues of Bitcoin’s scalability. While Litecoin looks to speed up transactions, the main goal of Bitcoin Cash goal is to increase the number of transactions that can be processed by the network.

It does this by enabling the increase of the block size from one megabyte to eight megabytes in the hopes that the currency will be able to cope with the huge volumes of traffic that massive companies (such as PayPal and Visa) need to handle, making transactions cheaper and more viable for easy payments.

A key difference with Bitcoin Cash is that it features an adjustable level of difficulty to ensure that block verifications remain at a constant speed despite increasing or decreasing numbers of miners verifying transactions. While this is also a viable solution, it has raised concerns that Bitcoin Cash may not be as secure as its forebear.

Launched in August 2017, Bitcoin Cash has become Bitcoin’s most successful offshoot, but it’s not the only fork that has stemmed from the original cryptocurrency.

Just a few months after the implementation of Bitcoin Cash was announced Bitcoin Gold, led by Jack Liao, was launched.

The reason for this particular Bitcoin fork in the road was to introduce a strictly decentralized version of the original cryptocurrency in an aim to loosen the grip that mining firms have.

Since Bitcoin mining has become a somewhat exclusive endeavor, it has deviated from the original vision where anyone would be able to participate. Bitcoin Gold hopes to restore the balance and ensure that mining isn’t monopolized by leading companies.

In order to allow this, Bitcoin’s algorithm was modified to allow the cryptocurrency to be mined using graphics cards. This means that any Bitcoin Gold user can mine from their own personal computer, unlike the application-specific integrated circuits (or ASICs) now required by Bitcoin miners.

The move, according to Liao, was taken with the view of lessening the influence of large-scale mining firms.

It still remains to be seen whether many users will be in full support of these diverged forks, but if the possibility for a near-flawless digital currency is on the table it can only be good news for the cryptoworld.