The Race for an Internet-Native Currency and Bitcoin Dominance 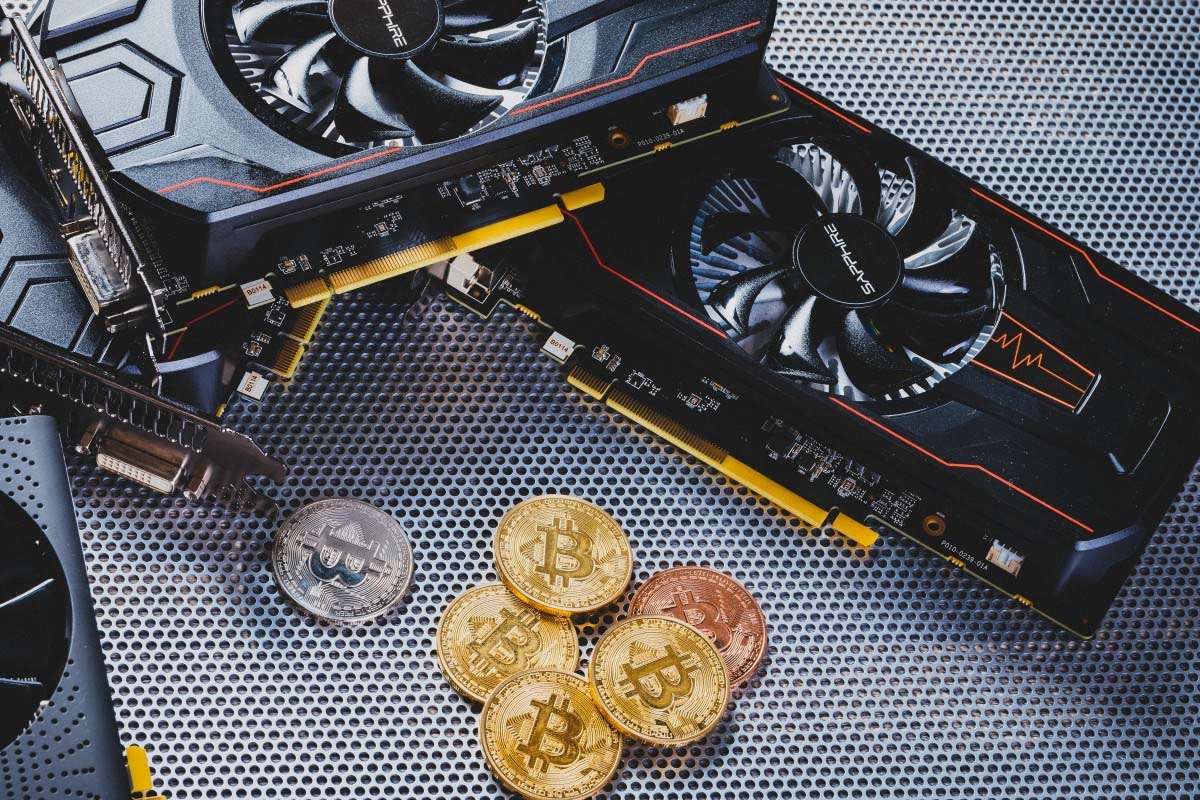 The cryptocurrency market experienced its highest boom at the end of 2017 and the beginning of 2018. It lost some of that momentum over the past year and a half. At the beginning of 2018, the Bitcoin’s price has reached its peak, taking the whole world by surprise, and showing its true potential. But not only Bitcoin experienced a major boom at that time! All alternative Internet-native currencies followed the same trend as the Bitcoin currency. And after having reached its peak, the crypto market went downfall completely. The public and leading investors’ interest in the Bitcoin and altcoins started to gradually decrease, pretty much like in the case of online UK Casinos.

Over the past year, the cryptocurrency market started to show an impressive growth trend once again. Bitcoin’s rise made investors feel safe and confident again, unable to ignore the similarities to the 2018 uptrend. Everybody is wondering if Bitcoin will manage to finish the race for a global decentralized Internet-native currency this time around. Despite any market uncertainties, as it stands, what everybody is sure of, is that Bitcoin will continue to occupy the number one spot.

Bitcoin currency was the first to attract the masses’ attention, as it presented the highest potential largest in terms of market capitalization. And even though this year Bitcoin struggled to break the threshold, keeping much of the first quarter of 2019 below $4,000, financial experts and large investors remained optimistic about Bitcoin’s future. This price level represents a significant decrease from its highest value, almost $20,000, recorded at the end of 2017, including the $11,000 recorded in early 2018.

However, back in April 2019, the BTC price managed to exceed the threshold, reaching $5,000, a level that has not been recorded since November 2018. It put Bitcoin right back on track, and its price has steadily increased in the following weeks, pushing the value of Project Bitcoin, the world’s largest cryptocurrency, to over $8,000.

The recent upward trend in the Bitcoin currency exchange is attributed to several key factors. Many analysts believe that, from the perspective of an asset, this Internet-native currency has reached its maturity, thus growing substantially in the eyes of influential investors. Turbulences in traditional markets have also contributed to BTC exchange rate growth: the trading rivalry between China and the US has generated volatility and instability in worldwide financial markets. It practically emphasized the importance and need for an Internet-native decentralized currency, motivating more investors to buy Bitcoin. It is why the Bitcoin currency has been, is, and will continue to be considered the benchmark for all other cryptocurrencies It’s safe to say that Bitcoin’s price is directly influencing the cost of altcoins, basically making them follow the same trend, and dominating the race of the Internet-native currencies. 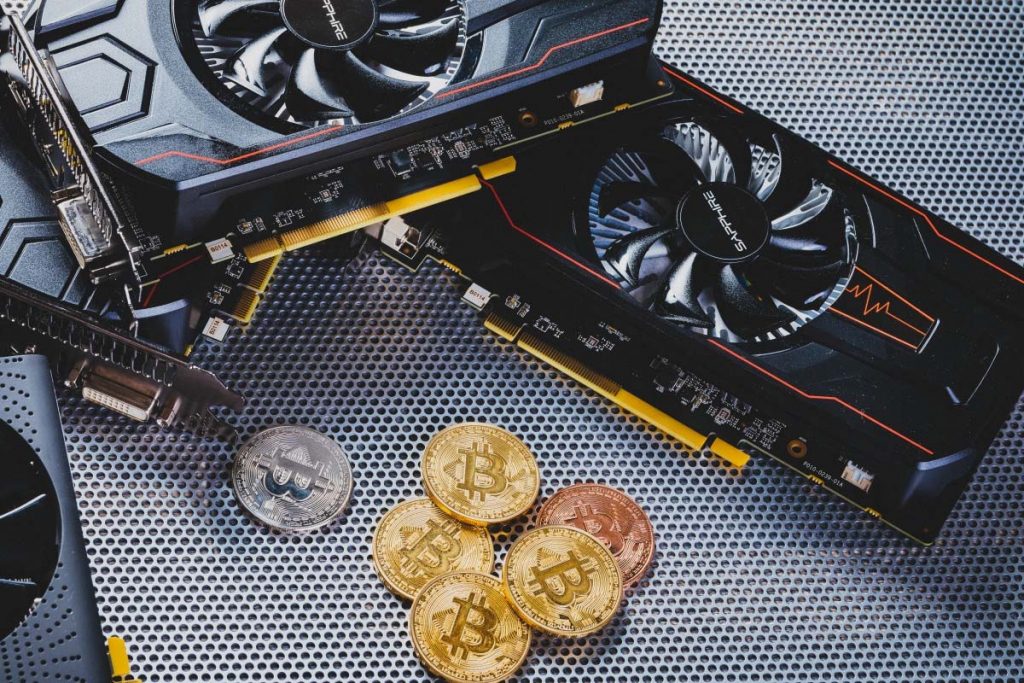 Other Participants in the Race: Altcoins

As seen in the previous crypto market trends, when the Bitcoin currency exchange skyrockets, the other cryptocurrencies often follow in its footsteps. Much like in the past, investors are not just buying Bitcoin, but they are also more inclined to purchase Ethereum, XRP, or other promising cryptocurrencies. In the past couple of months, many of the top 10 altcoins have registered a tremendous growth, sometimes comparable to that of Bitcoin’s price.

The second-largest cryptocurrency in the world, Ethereum, is also high-up in the game, already recording daily double-digit increases, several times during the past months. In early 2019, Ethereum was trading significantly above the $250 threshold, an achievement that had not taken place in over eight months.

XRP ranks third, immediately after Ethereum and Bitcoin, on the list of the world’s top ten Internet-native currencies. XRP was one of the last significant cryptocurrencies to join the upward trend, registering no progress for weeks, even after Bitcoin’s price started to grow. However, as soon as it did, the value of XRP exploded, recovering extremely fast, and registering an increase of over 50% in less than a week.

The Need and Race for an Internet-Native Currency

Our world is continually changing. From instant transfers to decentralization and protection against fraud and identity theft, the crypto market seems to be revolutionizing entire industries and business domains, at a global scale. Everybody is wondering if this is a change for the better? And, if this is the case, how exactly will Bitcoin and altcoins improve the financial sector?

Those who are opposing this trend talk about the inconspicuous origins of this technology. It is also about the lack of regulation, which aside from Bitcoin, led to the creation of 2,000 altcoins. They talk about initial offers that can be scams, and the list could continue. Certainly, the blockchain technology has disrupted the business world in more ways than Satoshi Nakamoto, the alleged developer behind the Bitcoin Project could have possibly imagined back in 2008.

How Internet-Native Currencies Can Change the World

The increasing importance of Bitcoin and altcoins has a drastic impact on the global financial sector. Since they operate independently of any central financial institution, they fall off the radar of major financial players and authorities, such as Wall Street. Cryptocurrencies offer companies and traders a level of autonomy that had never been possible until now. Bitcoin transactions allow sellers to stop worrying about their funds being blocked by payment service providers for who knows what reason.

The world is starting to realize that blockchain technology and cryptocurrencies are not ephemeral, not schemes conceived to take advantage of them. Banks are slowly adapting to blockchain technology, using it to trade derivatives and a vast number of commodities. A consortium of banks supports IBM in creating a blockchain network that will be used to facilitate international Bitcoin transactions.

The use of Internet-native, such as Bitcoin, to purchase of goods is a lot safer than the use of credit cards, which are currently the No. 1 targets of so many fraud schemes. Eliminating the risk of counterfeit products is another area where blockchain technology can prevail, as demonstrated by the e-commerce giant Alibaba.

There are currently over two billion people all around the globe that either can’t open a bank account or don’t have one. A cryptocurrency wallet will allow them to transfer and receive money effortlessly. Countries with unstable banking systems, such as Venezuela, have resorted to blockchain technology and Bitcoin. And the list could go on and on!

There is no doubt that the recent upward trend registered by Bitcoin and followed by the other altcoins has generated a renewed general interest in the crypto market. Encouraged by the optimistic growth of Bitcoin’s price, investors are once again drawn in the race of Internet-based currencies. Experts and analysts suggest numerous possible scenarios for Bitcoin’s future and, as always, only in retrospect will it be possible to understand why the market has behaved in one way or another.

But the race is on, and the market is going through its most spectacular rally since the end of 2017. Many optimists and new investors tend to see this period as the ideal time to invest in Bitcoin and altcoins. In all likelihood, if the Bitcoin exchange rate continues like this, we’ll soon be living in a world where decentralized Internet-based currencies will be in the centre of everything.

But we’re curious to find out what’s your take on the future of cryptocurrencies and Bitcoin’s supremacy, so feel free to share your thoughts in the Comments section below!

Thomas Glare is a young but experienced (and surprisingly productive) crypto-trader and freelance journalist. He quickly set the bar higher his writing skills and always bringing readers new and fresh, takes on the evolution of the global capital market.