The crypto crash: What on earth happened? 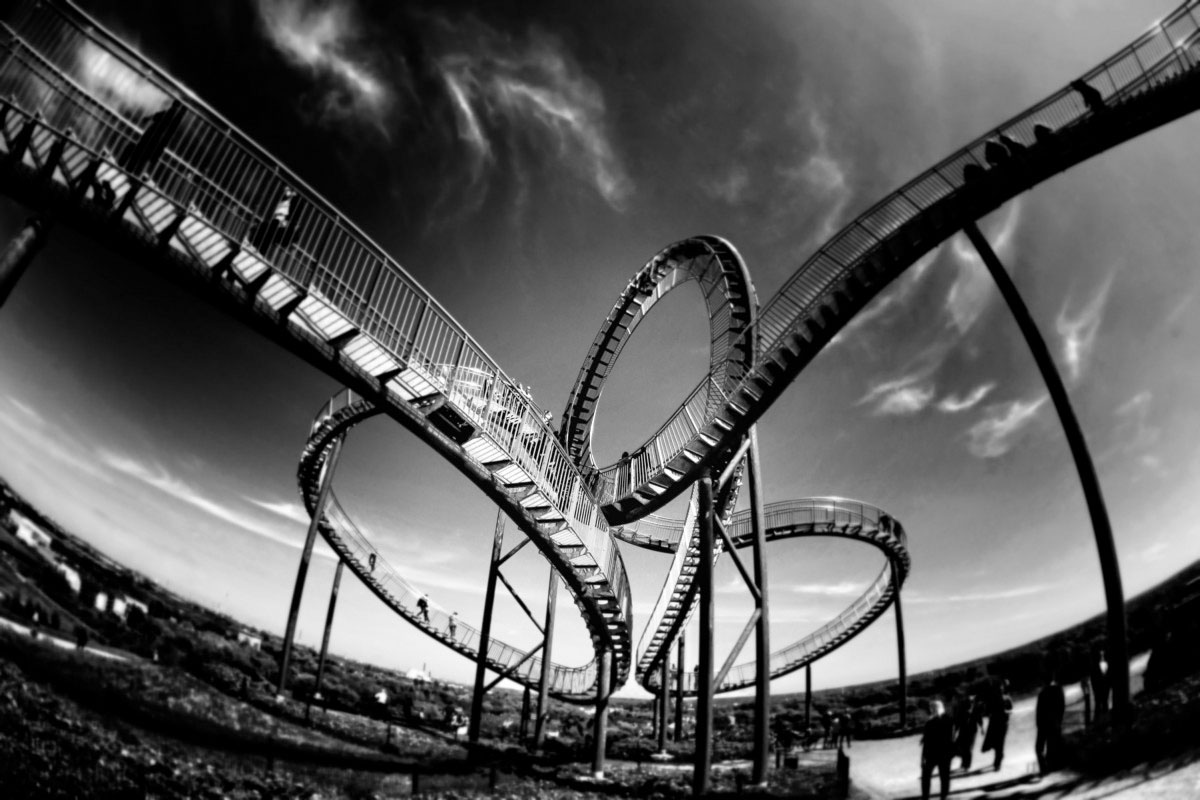 The cryptocurrency market took a massive knock, losing more than $205 billion USD across the market in just 24 hours at the end of the week. Over the weekend, the market hasn’t seen any sort of recovery and the bulls are concerned that the new week will bring with it new losses.

Looking at Bitcoin over the past week, the cryptocurrency was holding steadily above $40,000 USD. On Friday, it came crashing down from trading just above $43,000 USD to see a low of $34,587 USD. Over the past seven days, it has shed a 18.4% of its trading value, and over the past month it’s lost over 30% of its value. 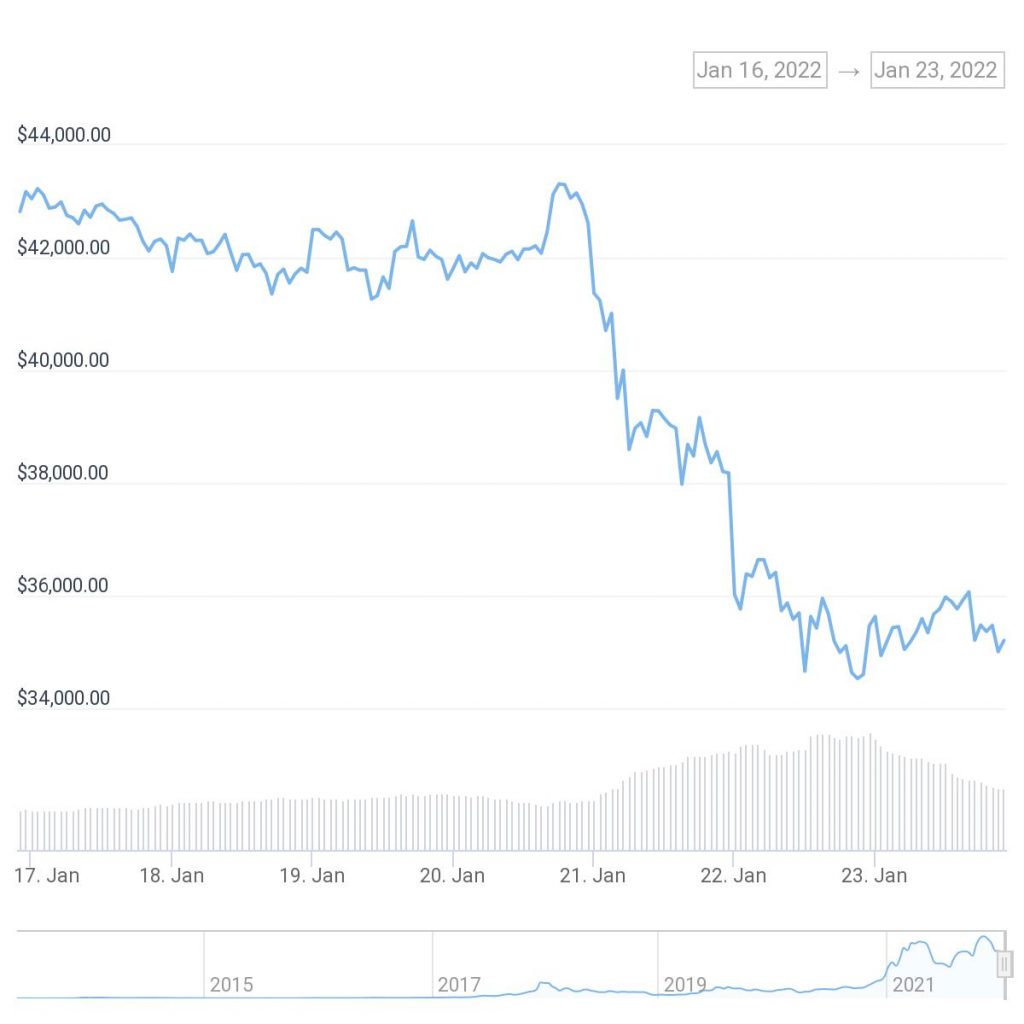 Looking at Bitcoin’s annual gains or losses, it has increased, gaining 7.0% from this time last year. While it might be in the green from a yearly basis, the loss over the past two months has been significant. From it’s all time trading high value of $69,044.77 USD that it tagged in November last year, Bitcoin has shed over 49% since then to its current $34,842 USD price. Since the beginning of 2022, Bitcoin has slipped by 16.6%.

What is happening in the alt market?

Solana, a utility token that is referred to as Ethereum’s biggest rival, has experienced a 35.6% drop in the past seven days trading and has shed 50% in the past month. Solana is valued above $95 USD at the time of writing, losing a massive 63.5% since its recorded high in November of $259.96 USD.

Why did the crypto market crash?

There are a number of factors at play that have resulted in the drop in crypto prices. The quick drop in cryptocurrency prices is not isolated to the digital assets market. The Nasdaq index took a blow earlier in the week, losing 5% since Tuesday and all major indexes were trading lower on Friday morning. The dipped week on Wall Street spilled over into the cryptocurrency market, which has already been struggling to pull itself back from a trading slump. Traders who pumped their funds before Bitcoin soared in November and sold-off un the festive season drew the market to a perilous place that it has been struggling to come back from.

Meanwhile, political pressure has been casting Bitcoin and other cryptocurrencies into further struggles. On Friday, the Russian central bank proposed a ban on the use and mining of cryptocurrencies on all Russian territory. This ban would result in a massive knock in the Bitcoin mining industry as Russia is one of the top three countries in the world that mines crypto. According to a report from the Russian central bank:

“Potential financial stability risks associated with cryptocurrencies are much higher for emerging markets, including in Russia. This is due to the traditionally higher propensity for saving in foreign currency and an insufficient level of financial literacy.”

The warning from the central bank might not do the market any favours, but more significantly, the potential for a blanket ban in one of the industry’s most important nations is a key factor in rattling investors who might have been sitting on the fence to sell or hold.