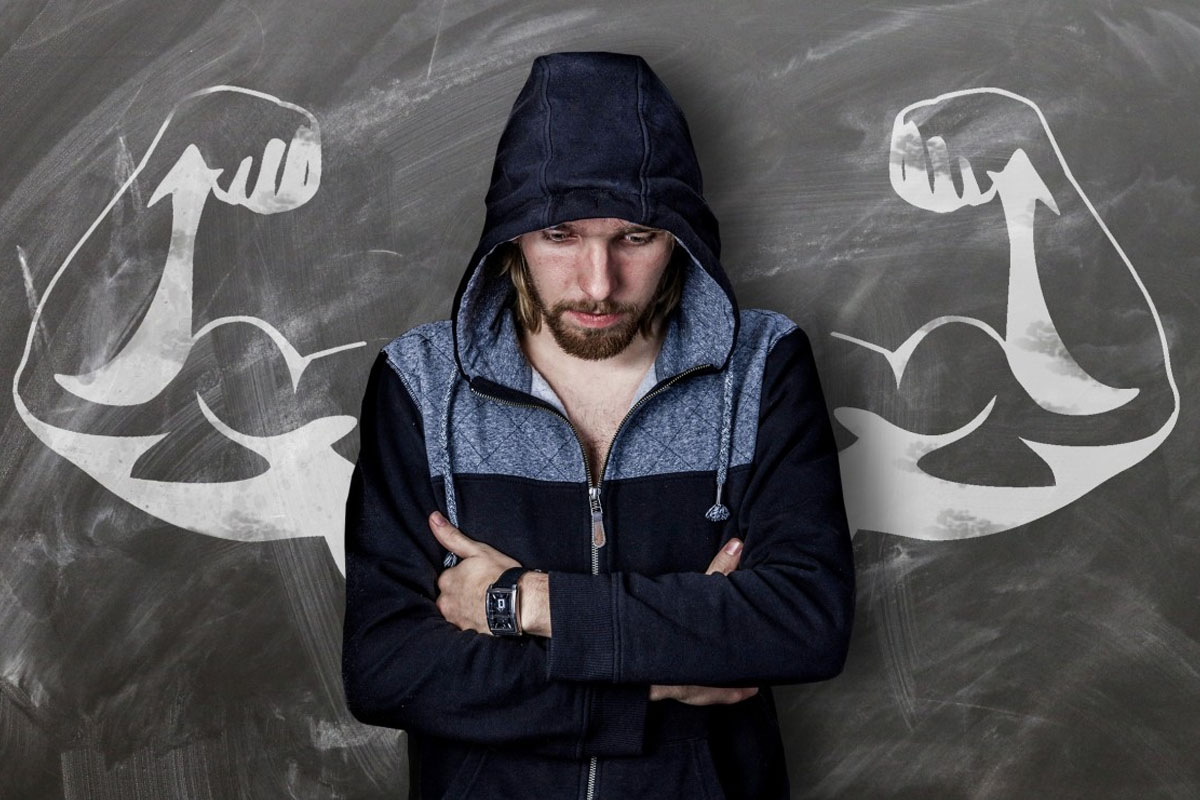 Last week our trend continuation bear pennant pattern completed into the take profit zone. Arguably, a long setup could have been considered when closing a short in a support zone and along our immediate trend line support. However, counter-trend trading a bearish weekly engulfing candle has had limited success this year, so our onus should still be on finding a short setup for a possible next leg down to support. 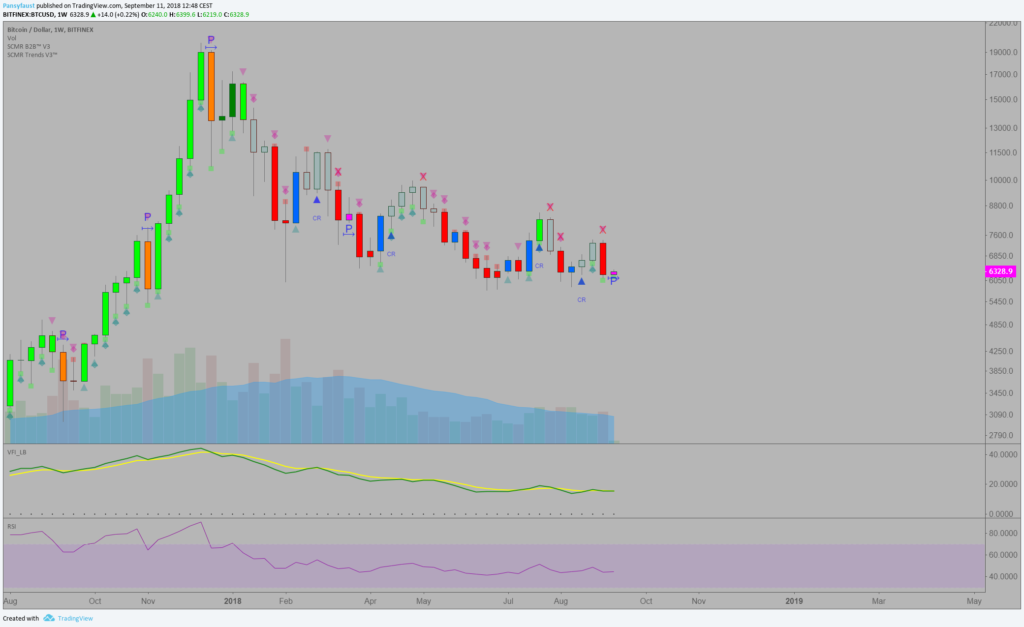 We find values have returned to a range within prices that had previously consolidated in June and recently in August for two weeks. So it’s fair to assume we can expect similar range-bound trading setups. This means shorting $6620 USD to $6650 USD as a 0.382 retrace and prior support-turned-resistance level with stops above the 0.5 Fibonacci level. This is around $6800 USD. This trade, I’d argue, does require some trade management, as these levels may tend to invite volatile price “jumps” unexpectedly.

So perhaps setting a trailing stop or multiple take profit zones if the trade setup is valid.

An immediate trade one could make, if price fails to manage to enter our uppermost short zone, is a second, more aggressive short condition setup. Should we begin to show price weakness and close a daily candle under $6260 USD or closing outside of the bear pennant formation. If that happens, then look for an intra-day setup to short $6260 USD, stop loss $6410 USD and close the short at approximately $6020 USD. This is a highly aggressive short at these levels, so be prudent with your position size to limit risk. 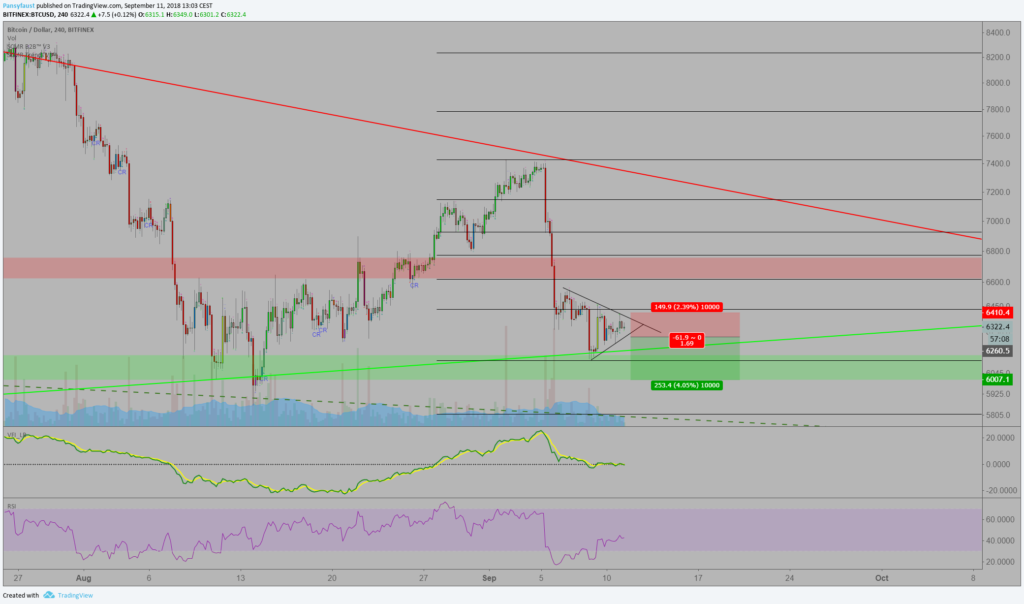 As of yet, no long condition has activated on Bitcoin since there are no interesting high time frame bullish divergences in price and oscillators. However, some Alt/BTC pairs have shown movement that can invite some attention, namely Dogecoin and DASH. 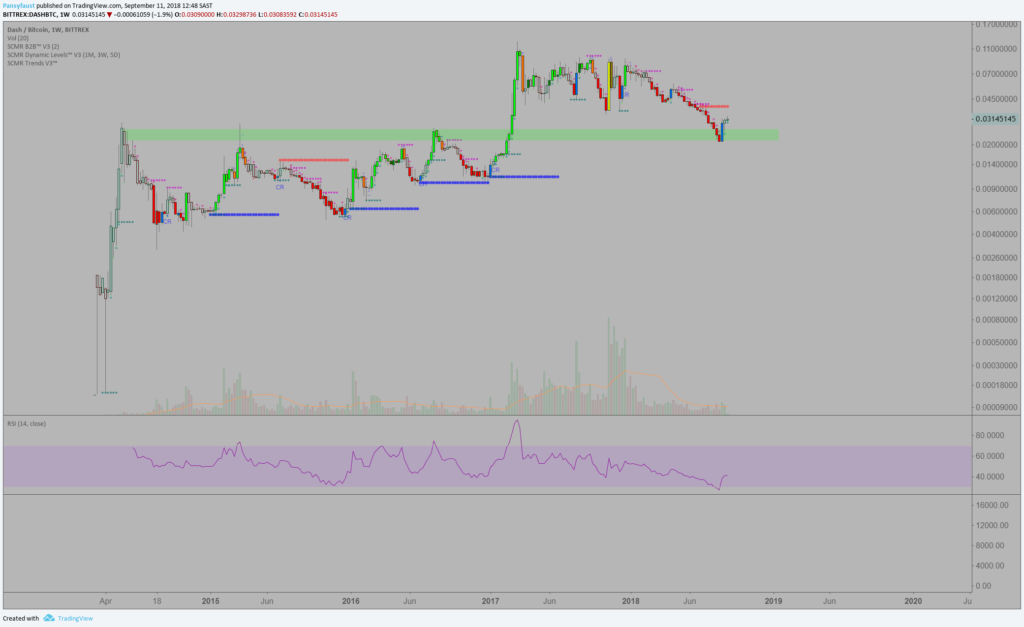 Looking at DASH/BTC on the long-term weekly time frame, DASH came right into a historically major demand zone, as prior highs through 2014-2017 that were resistance have become support, and as such, we should trade the trend that it’s beginning to suggest.

Not only that, but the weekly RSI dipped into oversold territory and has exited that zone on bullish price action. The question, now, is where can we enter the trend forming? Price has cleanly bounced and is forming a bullish price structure, making higher highs and higher lows while also invalidating a bearish consolidation zone, which seems to have turned into support (Red/Green Rectangle). To enter this trend while lowering your risk, bidding out the 0.382 Fibonacci at 0.0285 with a stop below prior lows at 0.025 should yield a favorable R/R. The daily bearish divergence on the RSI gives us a clue that we can expect a pullback, which can be longed.

Daily trade setup for Dash. 11 Sep 2018 by Pansyfaust on TradingView.com

For those wanting to ride Doge to a new high, it might be prudent to manage those bullish dreams for now. After consolidating between 35 and 40 satoshis for weeks, Doge exploded upwards while the wider market reclined into bearish price movements. However Doge has come into major resistance, and after forming a bearish RSI daily divergence, it might be the signal to exit a portion of your longs you may have or at least short hedge on Poloniex. A good re-long zone would be 64 satoshis as it shares confluence with a 0.618 Fibonacci and a prior resistance-turned-support zone. If the price does decide to consolidate at these current 90-100 satoshi levels, it’s likely it will push to next resistance at 140-145 satoshis.