A near 20% increase: Are Stellar prices headed to the moon? 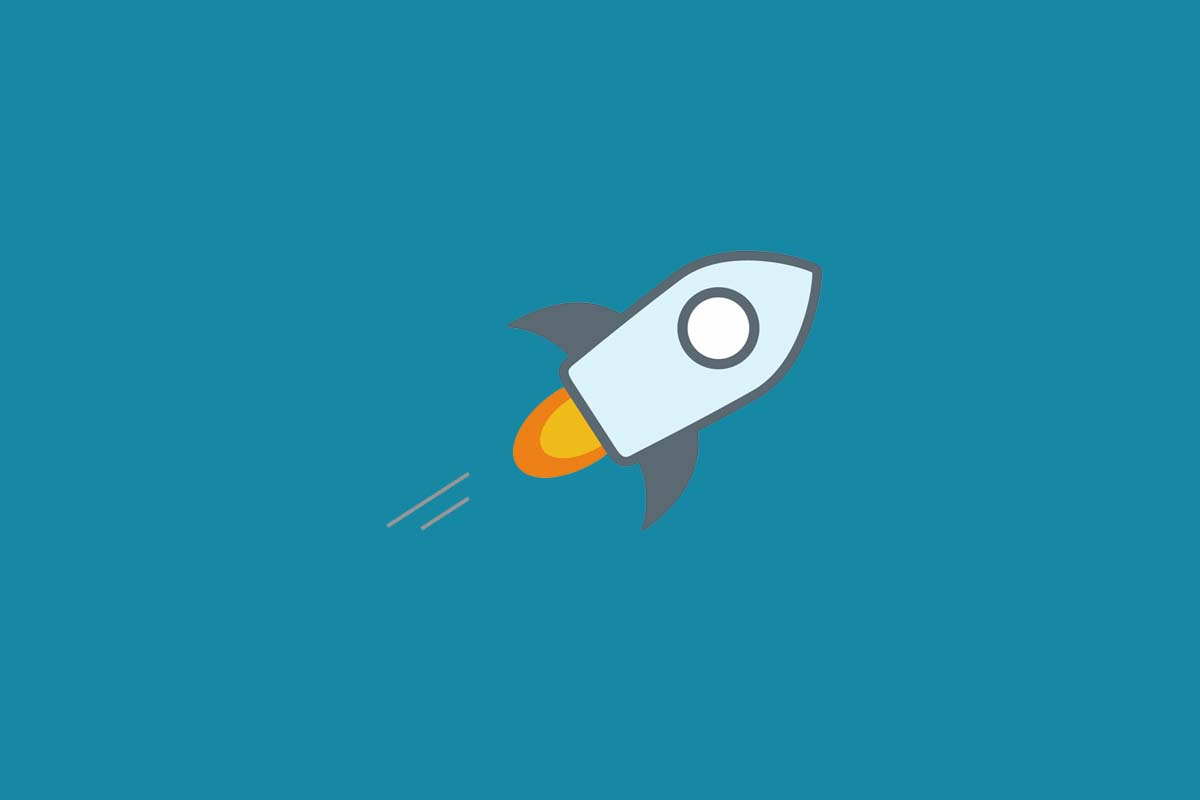 Over the last 24 hours, Stellar has gained almost 20% of its day-on-day trading value. Does this mean that the coin is heading for the moon?

Stellar, currently sitting as the sixth most valuable cryptocurrency, has seen a spiking trend. It has shot up by 17.69% in day-on-day trading and is now trading for $0.279519 USD. Despite the rise, however, it looks as though the dip – or at least a leveling – might be on its way. 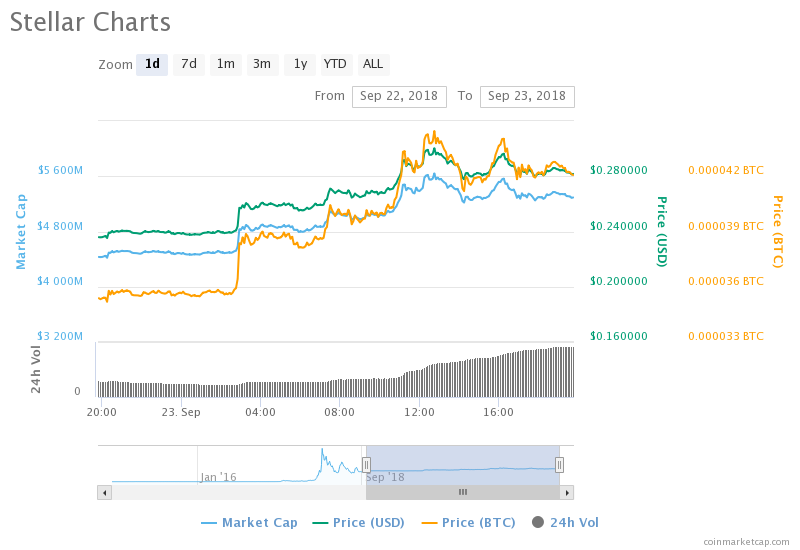 At the moment, Ripple is seeing a major wave of popularity and has surged in price. Although it seems to be settling, it is still contending against Ethereum for the second spot in cryptocurrency rankings.

In the top 50 cryptocurrencies at the time of writing, only Kin, Bitcoin Diamond, and Dentacoin are seeing the same sort of increase as Stellar.

The last time Stellar Lumens was trading at this sort of price against the US Dollar was at the end of July. Whether this simply spells an unusual spike in the bearish market, or if it is marking a more permanent incline in the cryptocurrency remains to be seen.

The network has recently received a Shari’a certificate – an official document which could open up new territories in several Middle Eastern countries in which the Stellar platform can operate – marking Stellar as the first cryptocurrency protocol to obtain the certificate.

TransferTo has also partnered up with Stellar. With the cryptocurrency platform, the payments processor hopes to bring a new innovative response to costs and distance using blockchain technology to its 200 operational partners.

The company has potentially been in communications regarding the acquisition of companies such as San-Francisco start-up Chain. With the cryptocurrency hoping to consolidate blockchain technology with financial systems, the strategy seems to be aligned with Chain’s vision which could result in a well-paired partnership.