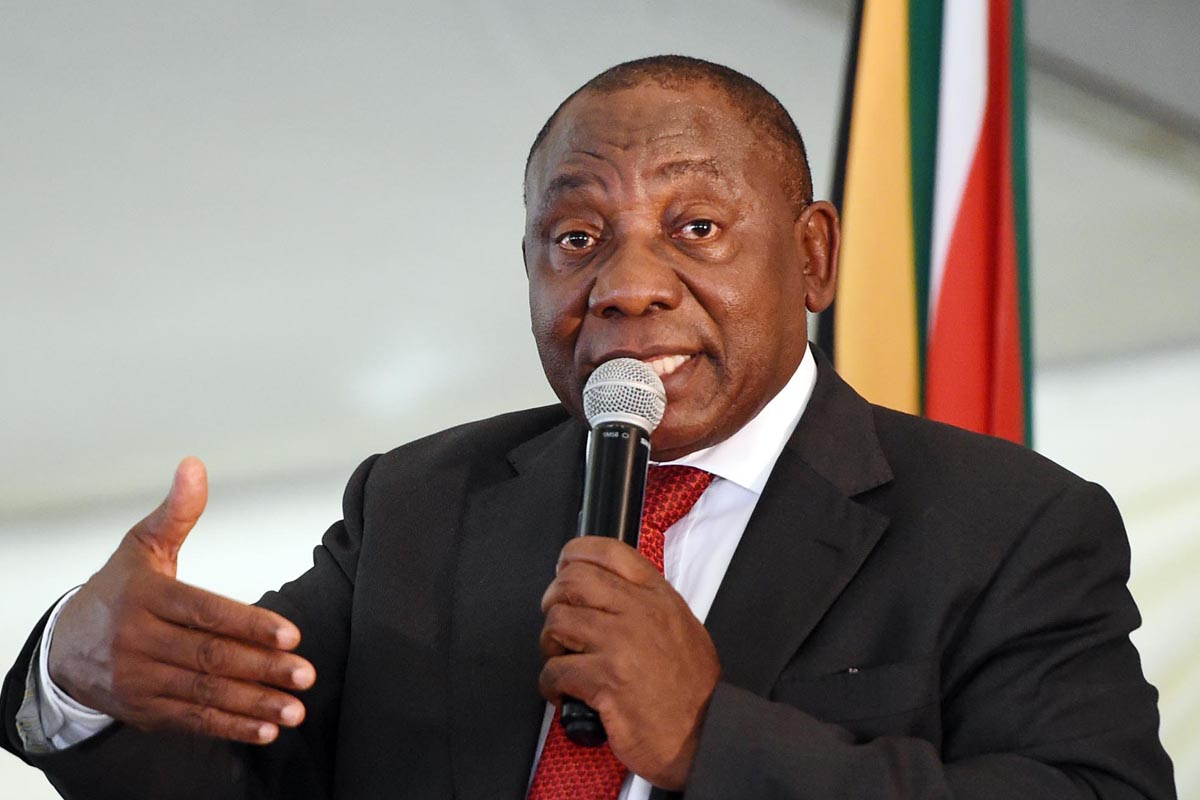 Speaking to journalists at the African Union summit in Kigali, newly incumbent South African President Cyril Ramaphosa has proposed the concept of a singular African currency.

Speaking in the wake of the summit, wherein some 44 countries have signed a new bid to establish the African Continental Free Trade Area (AfCTFA), Ramaphosa outlined that a digital currency might serve the wider needs of African states.

While South Africa is not yet a signatory of the AfCTFA agreement – as Ramaphosa is beholden to gain approval from South African government – the statesman opined that “business people said doesn’t this beg for a single currency, and in my book it certainly does.”

Interest in the use of digital currencies has permeated South Africa’s Reserve Bank, which recently launched a new FinTech program with the view of assessing the impact – and potential regulatory requirements – of newer financial technologies such as cryptocurrencies

The program’s first purview is to establish a review of private cryptocurrencies to inform ‘an appropriate policy framework and regulatory regime’, while a later phase would introduce innovation facilitators to assist new business applicants in a sandbox setting.

Finally – and most significantly – the Reserve Bank would proceed to launch ‘Project Khoka’ – a new initiative which will experiment with distributed ledger technologies and would specifically trial Qurom – the permissioned version of the Ethereum network founded by JPMorgan.

The South African Reserve Bank has already trialed a regulatory sandbox – in July of 2017,  Lorien Gamaroff – the CEO of a blockchain-based solutions provider named Bankymoon – offered that his company is presently in talks with the Reserve Bank and has been selected as a sandbox business within which to trial new regulations.

While South Africa’s Reserve Bank has been relatively open with considerations to adopt digital currencies and distributed ledger technology, other African neighbor states have been far less forthcoming.

In September last year, Namibia cemented itself as one of the first southern African countries to rule on Bitcoin as its Central Bank dictated that the cryptocurrency should not be accepted as payments for either goods nor services.

Somewhat more optimistically, the Kingdom of Swaziland – a land-locked neighbor to South Africa – recently announced that its Central Bank had committed to researching cryptocurrencies.

In perhaps one of the most significant pivots to digital currencies yet, Zimbabwean citizens have escaped rabid inflation by purchasing Bitcoin – in November of 2017, one Bitcoin sold for as much as $13,000 USD on local exchange Golix, while the cryptocurrency’s average price reached some $8,000 USD on international exchanges at the same time.

Proverbial water was later poured on that fire, however, as Zimbabwe’s Reserve Bank director and registrar, Norman Mataruka, has publicly quipped that Bitcoin ‘is not legal’ within the country.

Mataruka later clarified that “Research is currently being undertaken to ascertain the challenges and risks associated with these particular products and until we have actually established and come up with a legal and regulatory framework for them, it will not be allowed”.

It remains to be seen whether Ramaphosa’s comments will take root in the heart and minds of African leaders.

Ramaphosa’s comments do not mark the first time that a central African currency has been discussed – proposals that formed the African Economic Community during the 1990s first discussed the potential for single currency unit. However, the President’s remarks have signaled a wider interest in the emergence of digital currencies that, up until now, has not been explored.

Speaking broadly on the use of a singular currency, Ramaphosa explained that “It may take time, it may take years, but it’s interesting that something that we never spoke about in the past, we are now talking about. Because people always had a sense of sovereignty around their own currency, feeling that their currency is about their sovereignty, their nationhood, but people are now thinking beyond the borders of their own nation.”