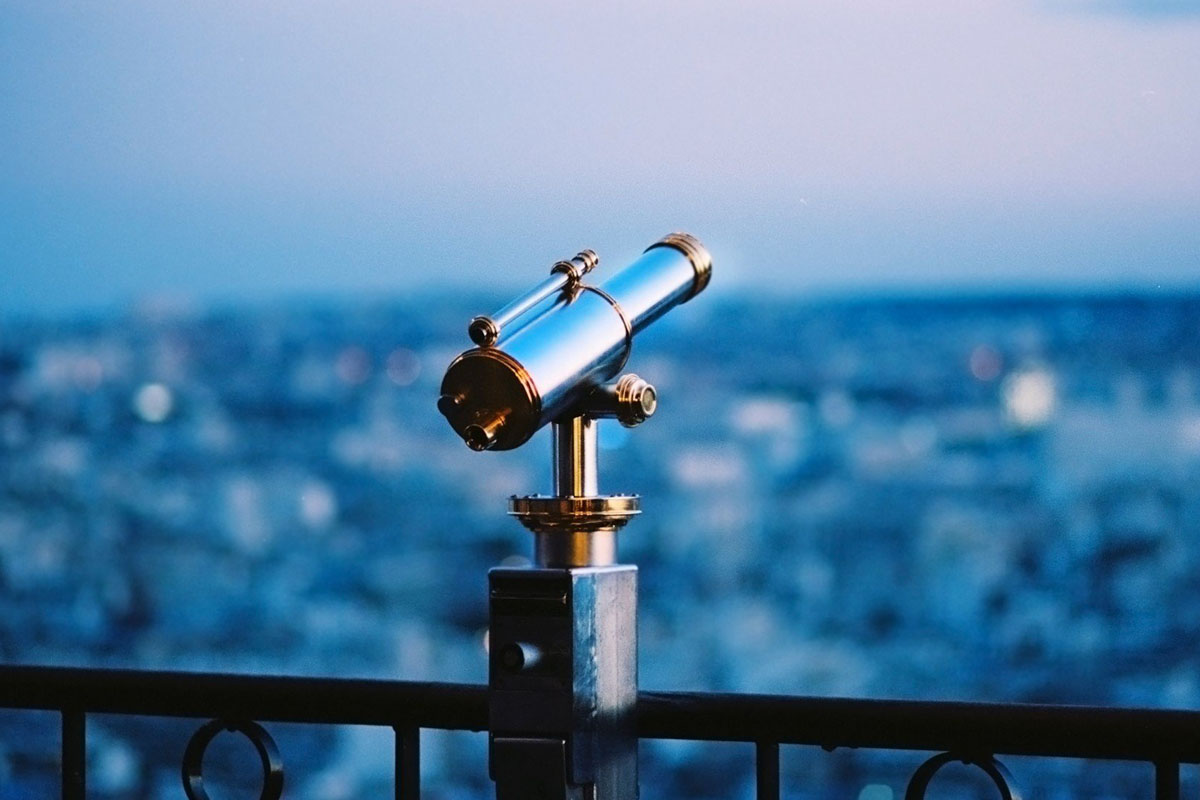 This might be the epitome of finding diamonds in the rough. Because if nothing else, May was a rough month for cryptocurrency

But with the spirit of Tuesday’s swing back to the green in mind, let’s talk about June. This is the first monthly sentiment analysis for CoinInsider, and we’re taking things up a notch.

Since March, I’ve been scraping the social media accounts of 30-40 crypto traders and influencers and running a sentiment analysis of the coins they mention. This week I’m debuting my new analysis system, significantly boosting both the number of influencers I’m following and the data I’m taking in.

Thanks to an automated scraper and the help of the Google Natural Language API, I’m now analyzing the social media posts of 100 crypto traders and influencers across several more variables. 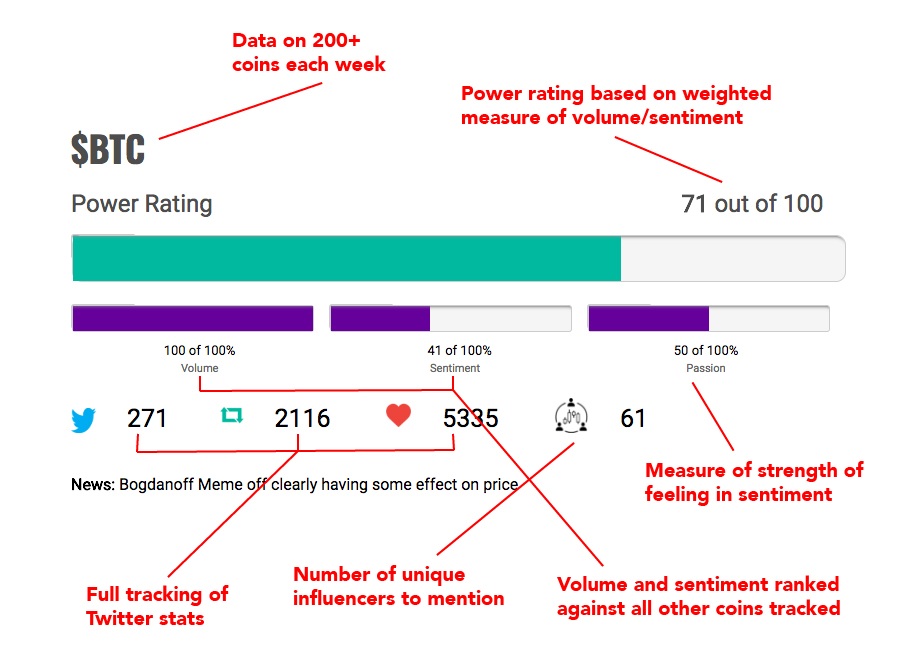 Not only am I now tracking a full array of Twitter data, I’ve also overhauled my power rating system. The power rating is now a weighted calculation, combining sentiment, volume of mentions and the number of unique influencers to mention the coin.

There’s also a passion rating, which analyzes how strongly the feelings are on a given coin — be it good or bad.

From a market standpoint, the great $BTC had a pretty grim few weeks, yesterday’s potential breakout notwithstanding. Sentiment certainly took a dive after the euphoria of April’s run wore off in the first week of May, but there’s also signs sentiment may have bottomed last week. 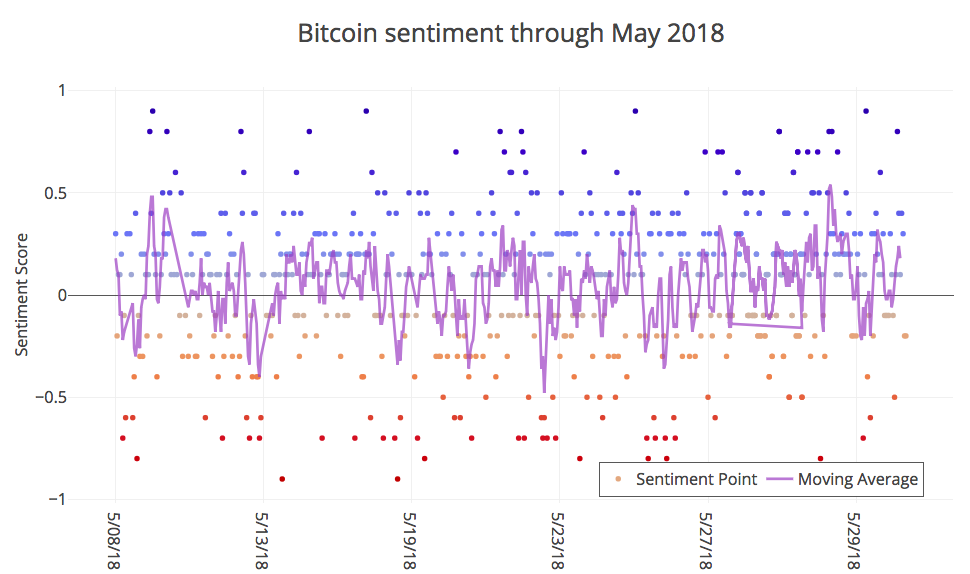 While sentiment on Bitcoin has remained erratic, we haven’t approached the low we hit around May 22, when most influencers finally gave up hope on the last run after $BTC plunged after touching $10,000 USD.

Still, there isn’t anything screaming a complete turnaround just yet, even with Tuesday nice upswing. There’s some cautious optimism here, but cautious is the key word. It’s notable that more and more influencers are feeling better as time goes on, but you don’t want to follow a false flag into oblivion.

This list looks decidedly different than it has in recent weeks, largely due to the pummeling popular coins like $ICX and $OCN took in the latter half of the month.  We’re also looking at a month of data here, so keep in mind this is going to point toward coins folks are feeling stronger about in the coming weeks, not days.

Don’t forget to check the news items, as a couple of these have big events coming up that could swing the price. 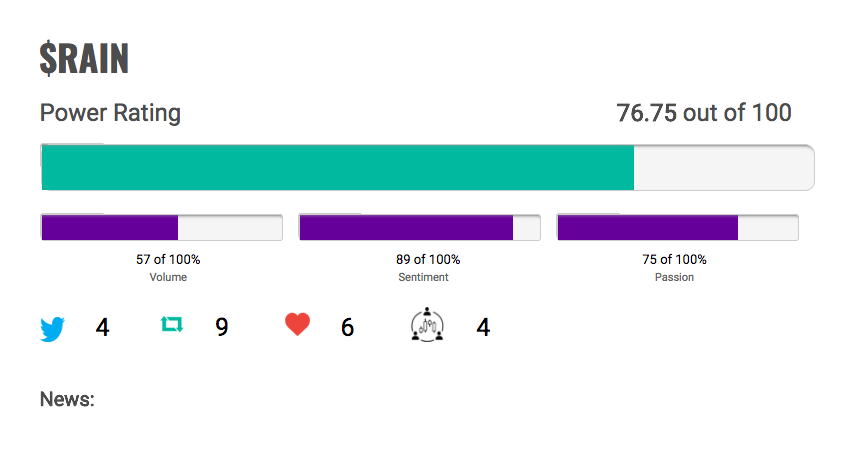 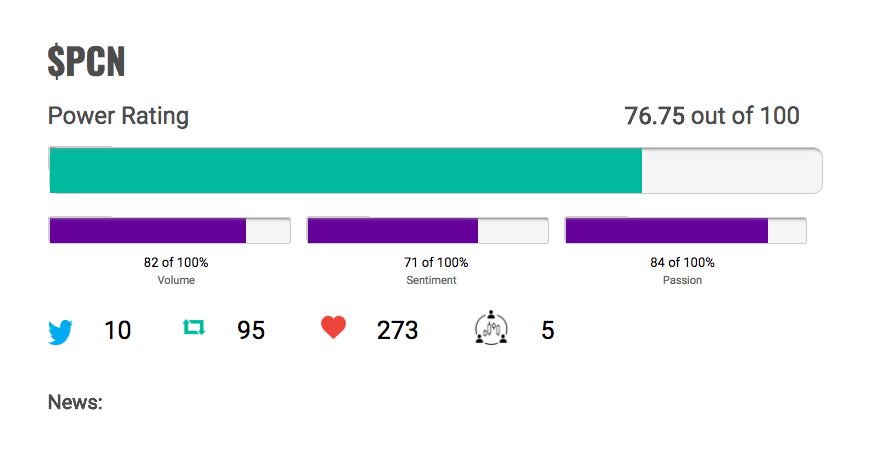 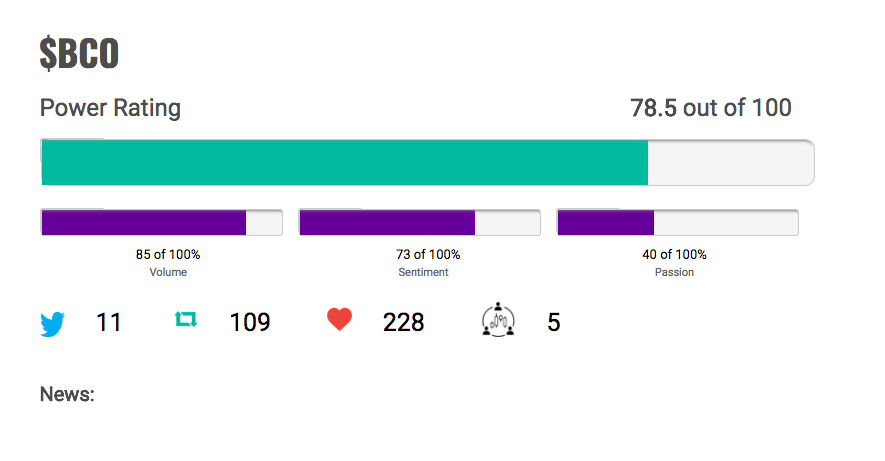 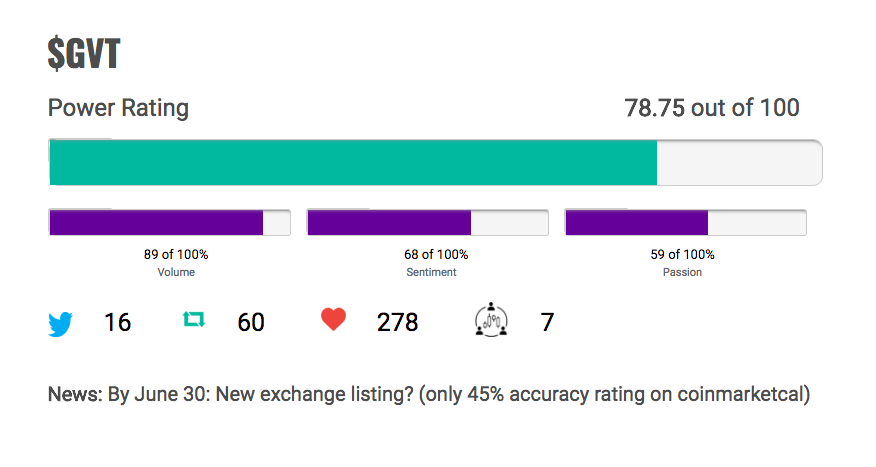 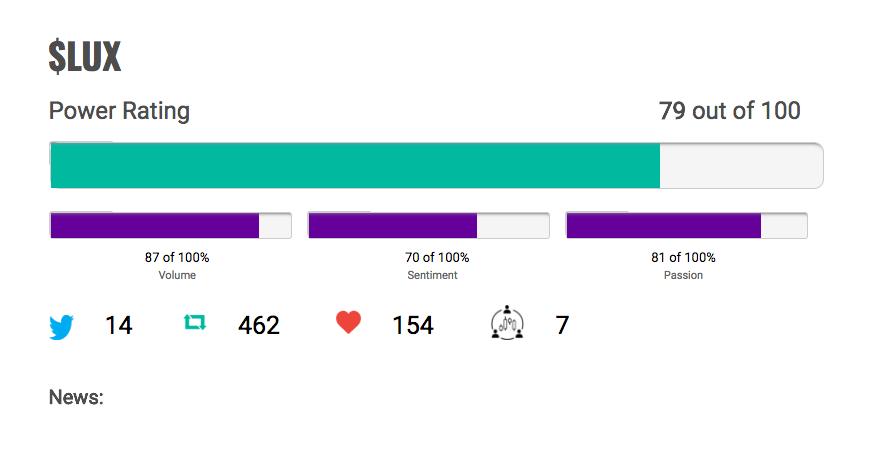 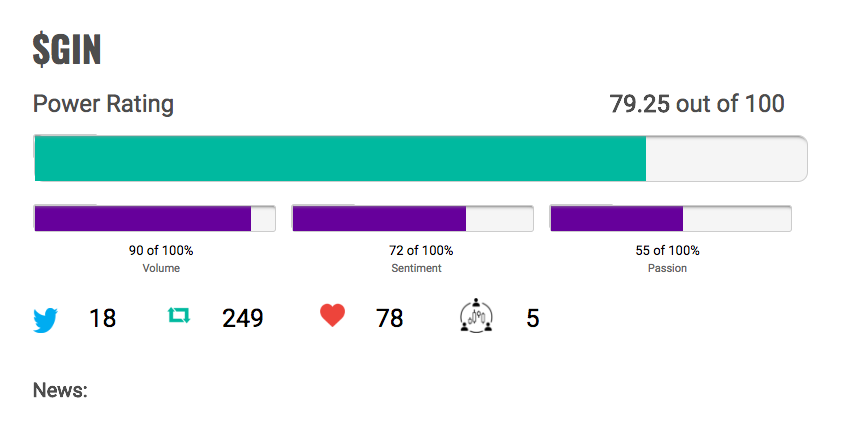 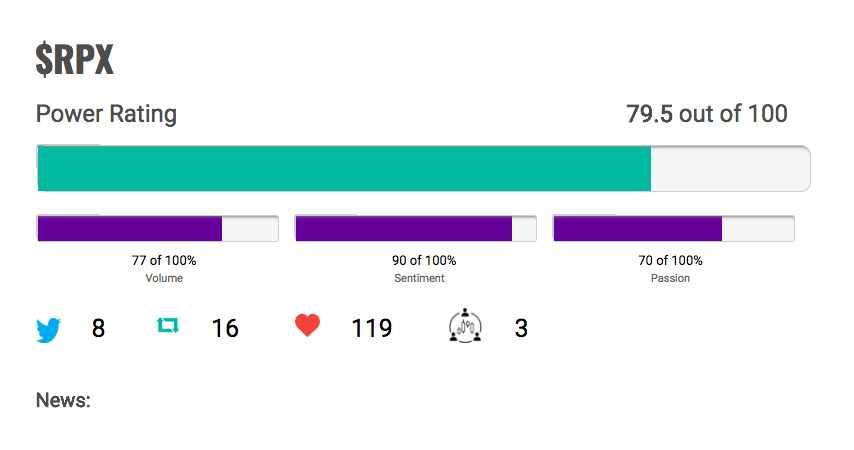 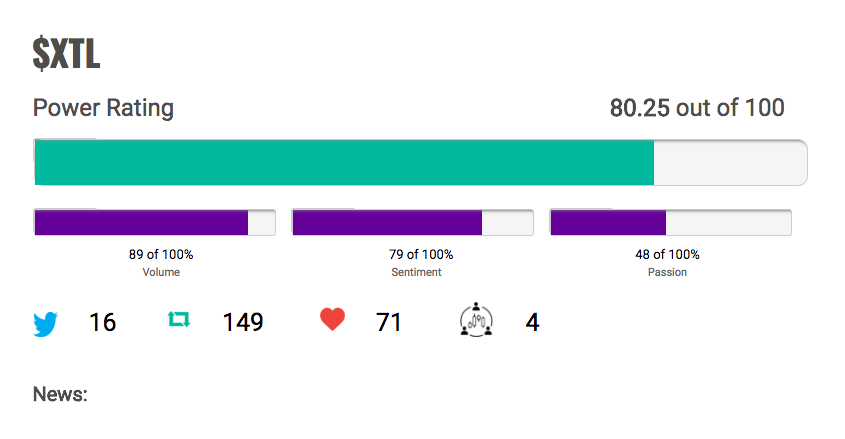 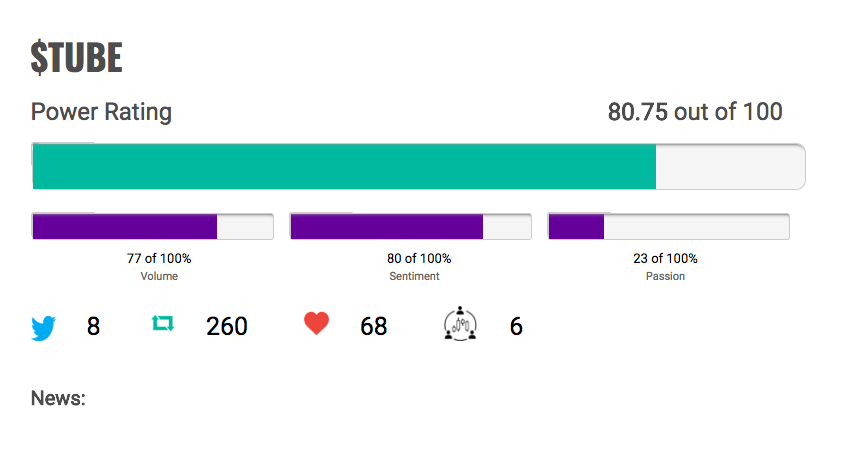 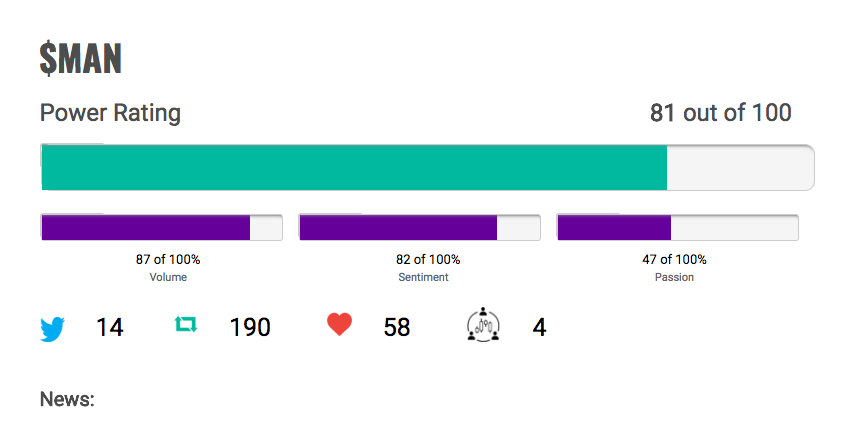 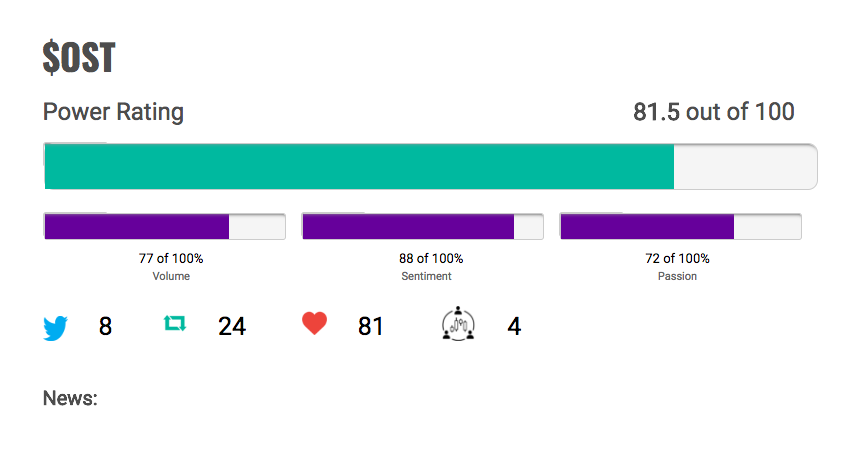 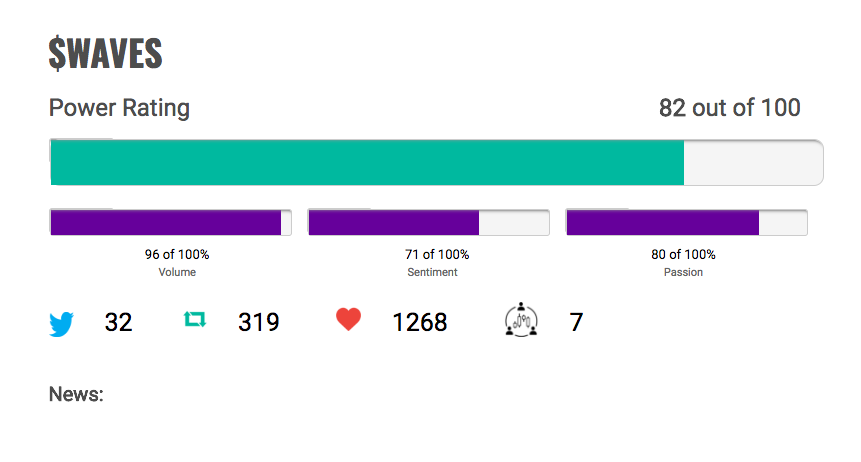 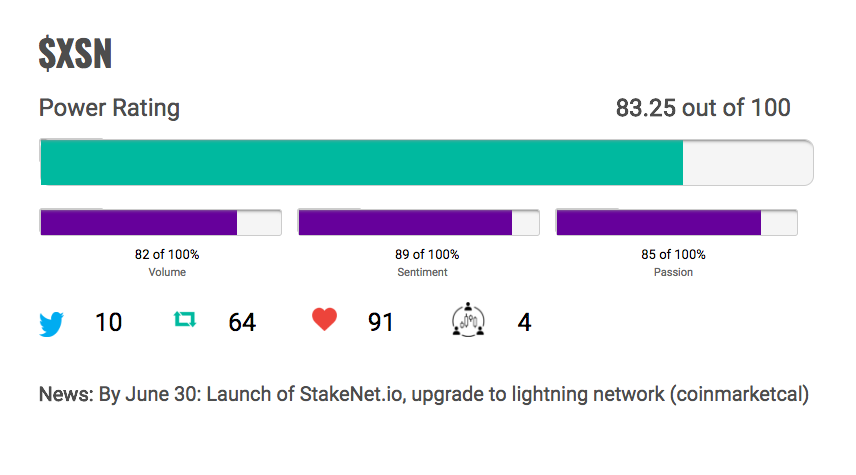 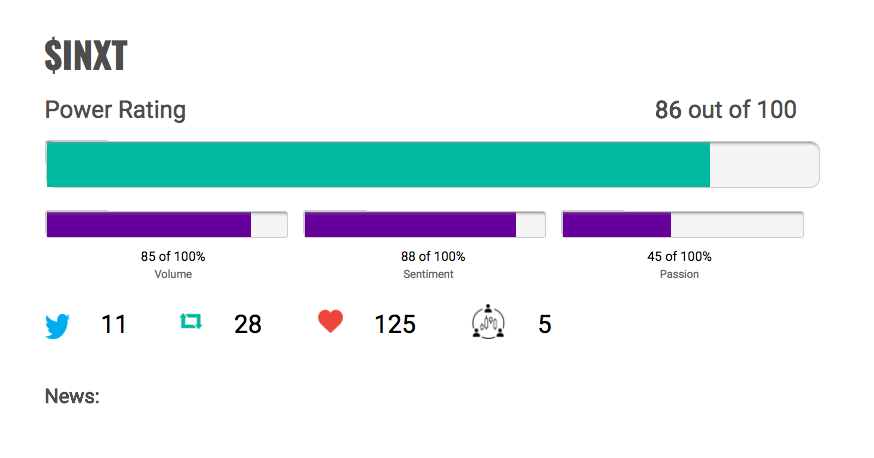 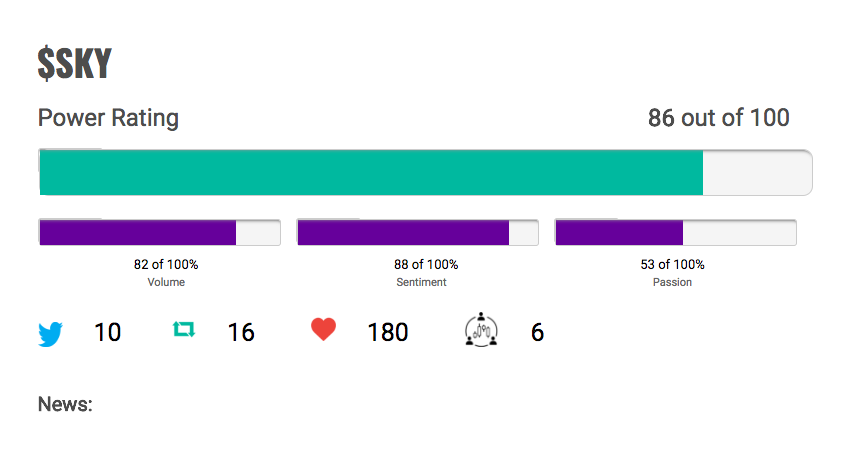 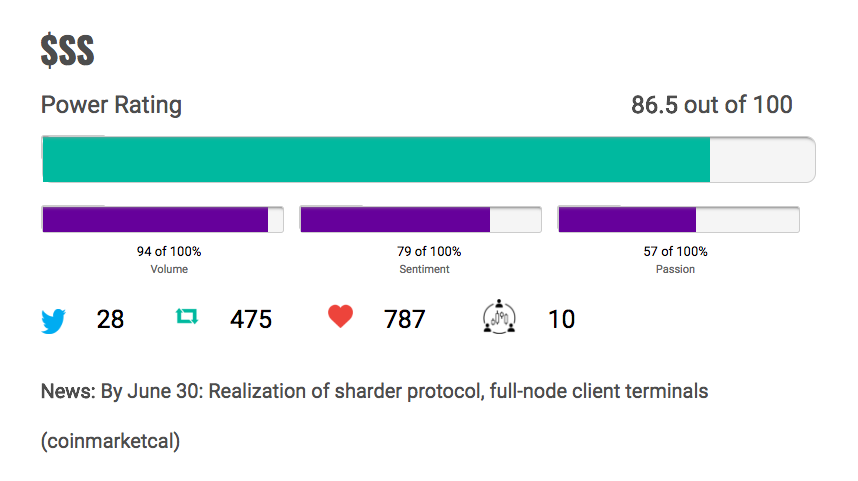 I’m still trying to figure out a serviceable way to present all of the data I have (now that there’s a lot more of it) that won’t crash CoinInsider’s servers and remains digestible. Consider this a placeholder, which at least has some of the basic data for each coin.

I’m looking at a whole bunch of options to improve this, including starting a data website that would house things permanently.

In the meantime, if there’s a coin you want to see a graphic for, hit me up on twitter @FOMOcryptoDojo, and I’ll post it.