Sentiment analysis: Best and worst coins of the week 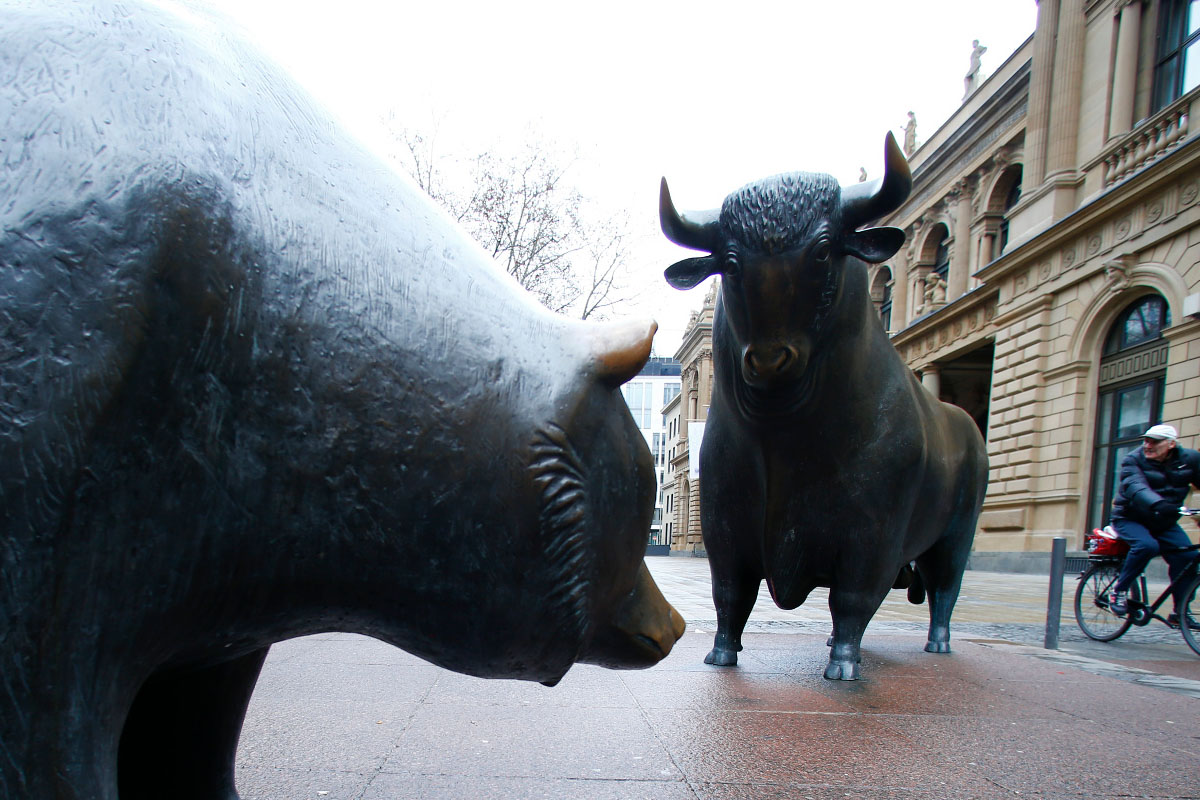 These are the best times to dig through some data, because when the market is bloody, crypto social media seems to be nothing but dissonant noise.

We’re still waiting to see where mighty Bitcoin bottoms out after a rough few weeks of losses, a dive that has taken most of the alt market with it. The consensus from the 100 crypto influencers and traders I track is, well, not good. We’re reaching for our lowest sentiment since I’ve been tracking this.

It may not seem like a lot, but going below -0.3 on a -1 to 1 scale is pretty grim.  Remember, all these folks I follow are crypto believers at their core — it takes a lot to shake them good. 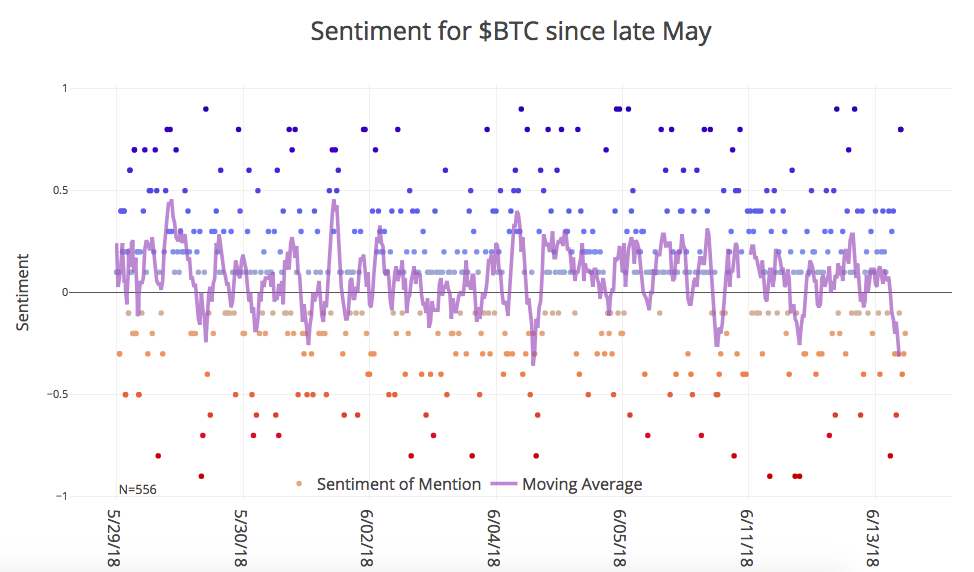 One positive you can take from this chart though — we’ve never stayed this low for long. You have to expect a bounce is coming sooner than later, even if it is short-term.

What’s that mean for the alts? Well, this week I have data on a whopping 470 coins taken from more than 115,000 scraped data points.

I’m continuing to workshop things, add things and change them as I go along. I’m working hard on getting a website together so you’ll all be able to review all these graphics and data for every coin I track.

These coins had the highest overall power rating for last 14 days, which is compiled using a weighted formula combining sentiment, volume of mentions and total number of unique influencers who mentioned it. 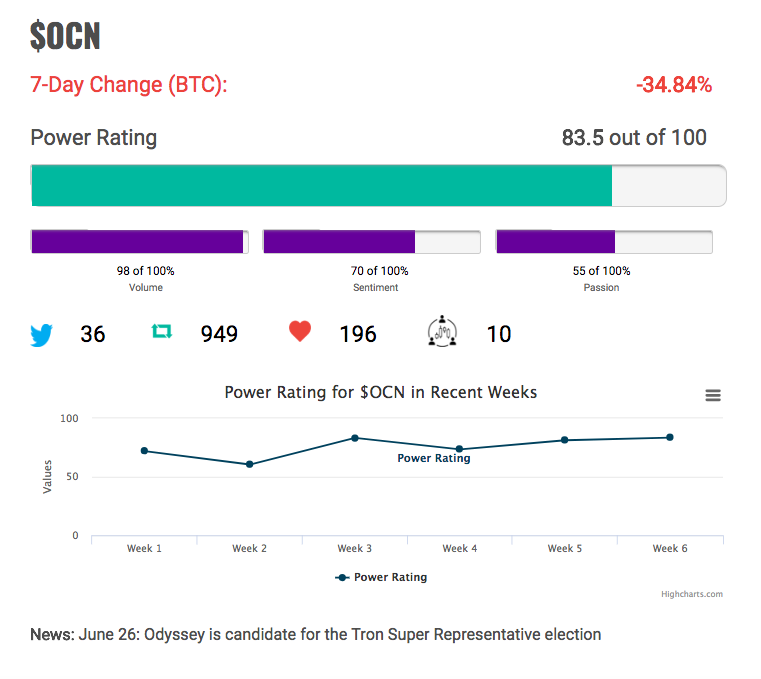 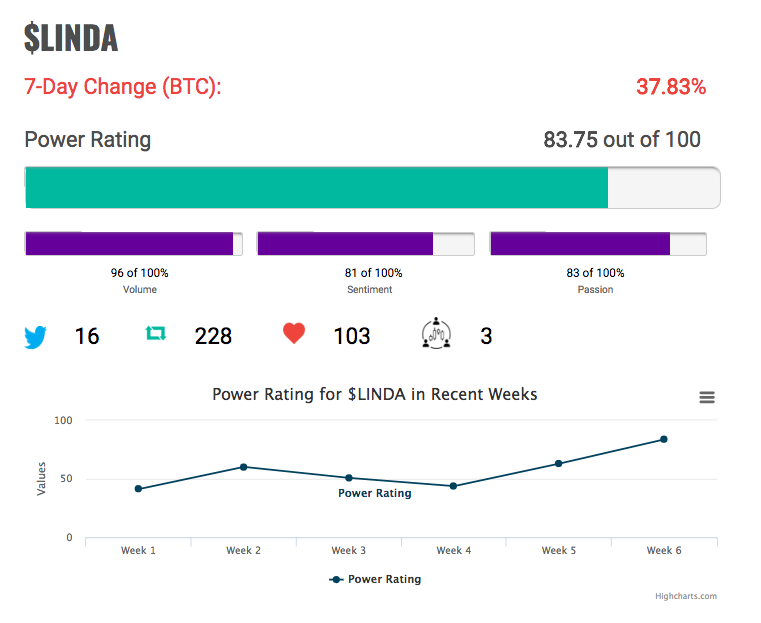 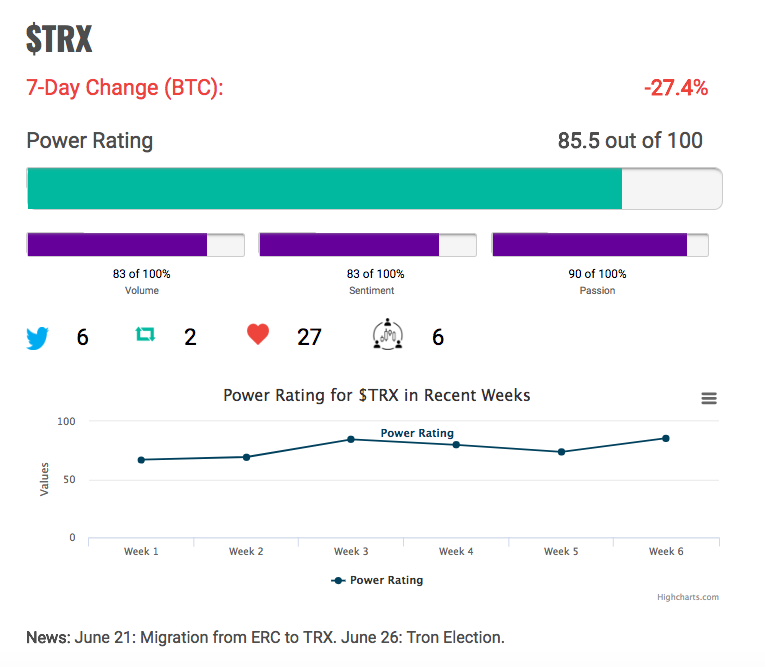 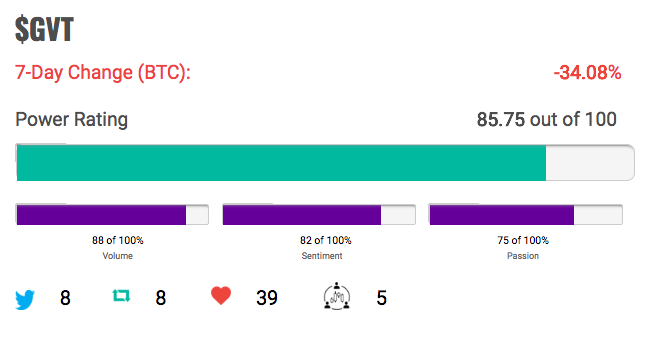 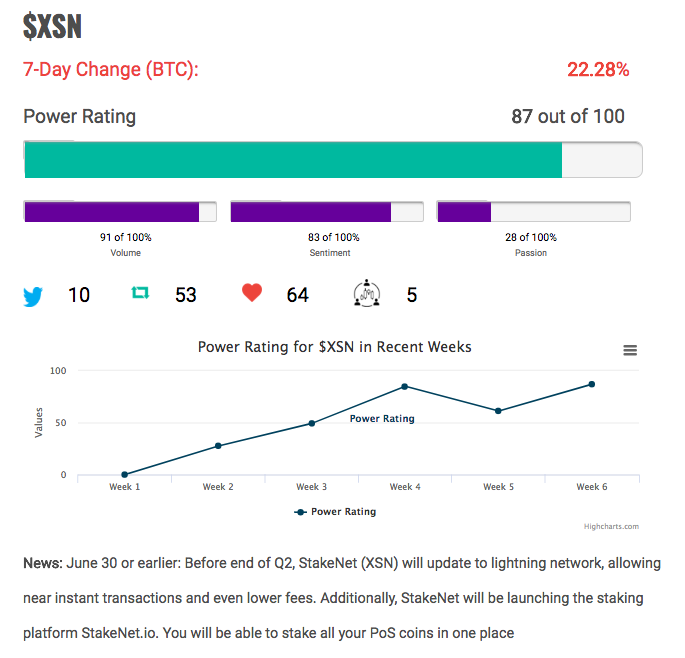 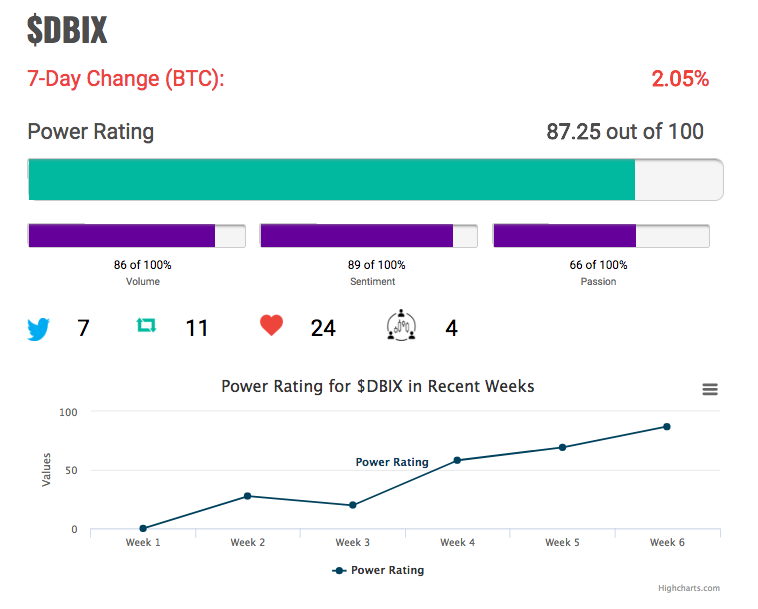 These coins are some notable coins that are among the lowest coins by sentiment in recent weeks. I’m beginning to post these in case folks are looking for coins that may be reaching a bottom. I’m hand selecting these, as they’re all fairly prominent coins that always have good volume. 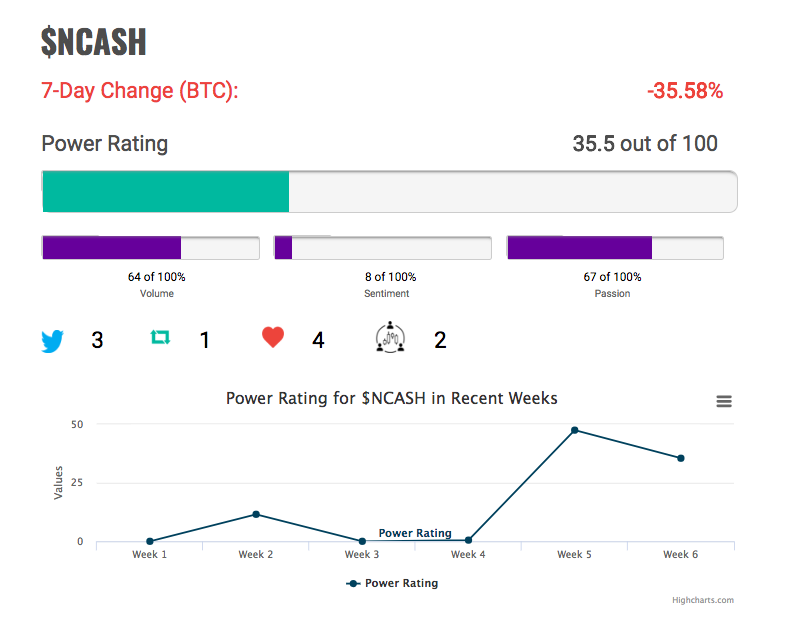 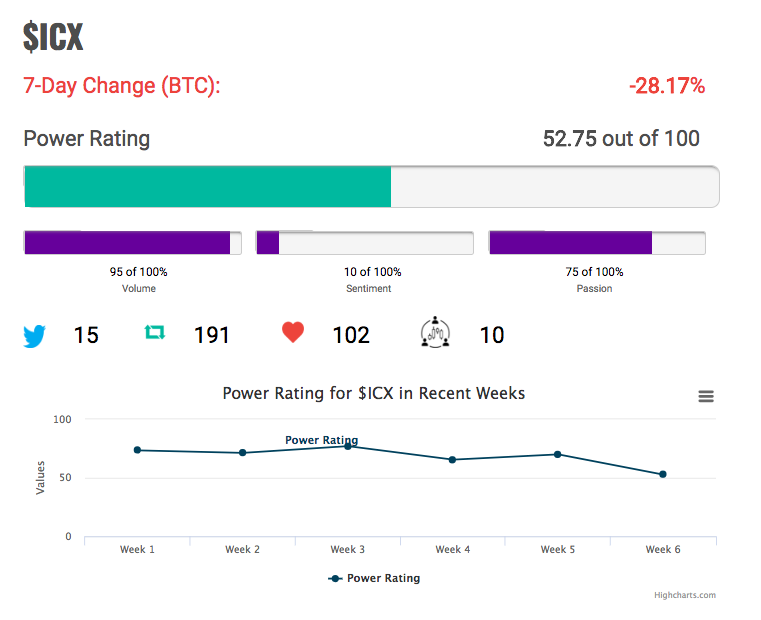 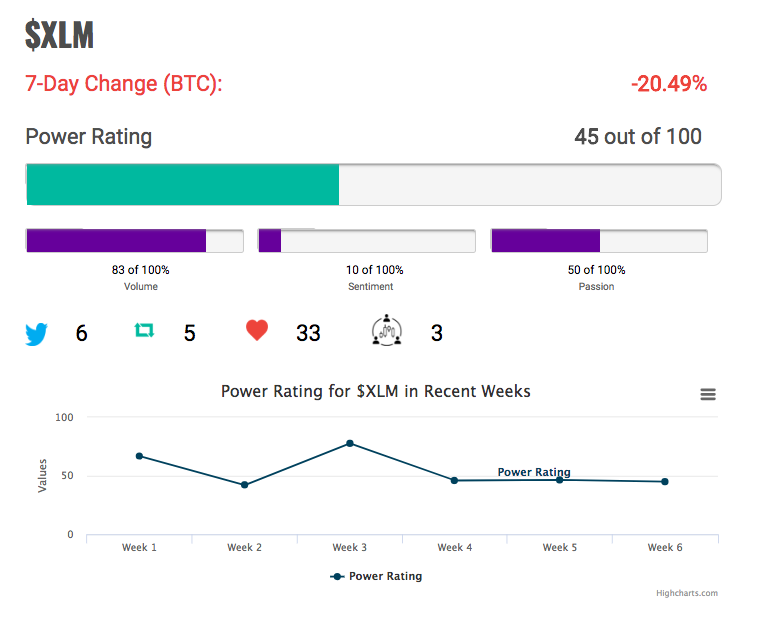 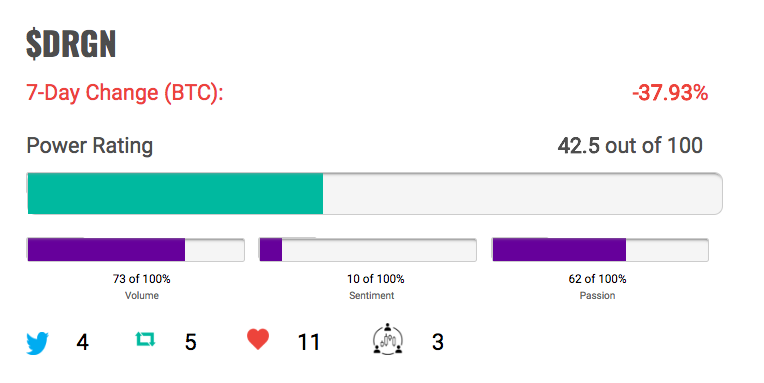