Below the radar: 5 coins with low social visibility but high sentiment 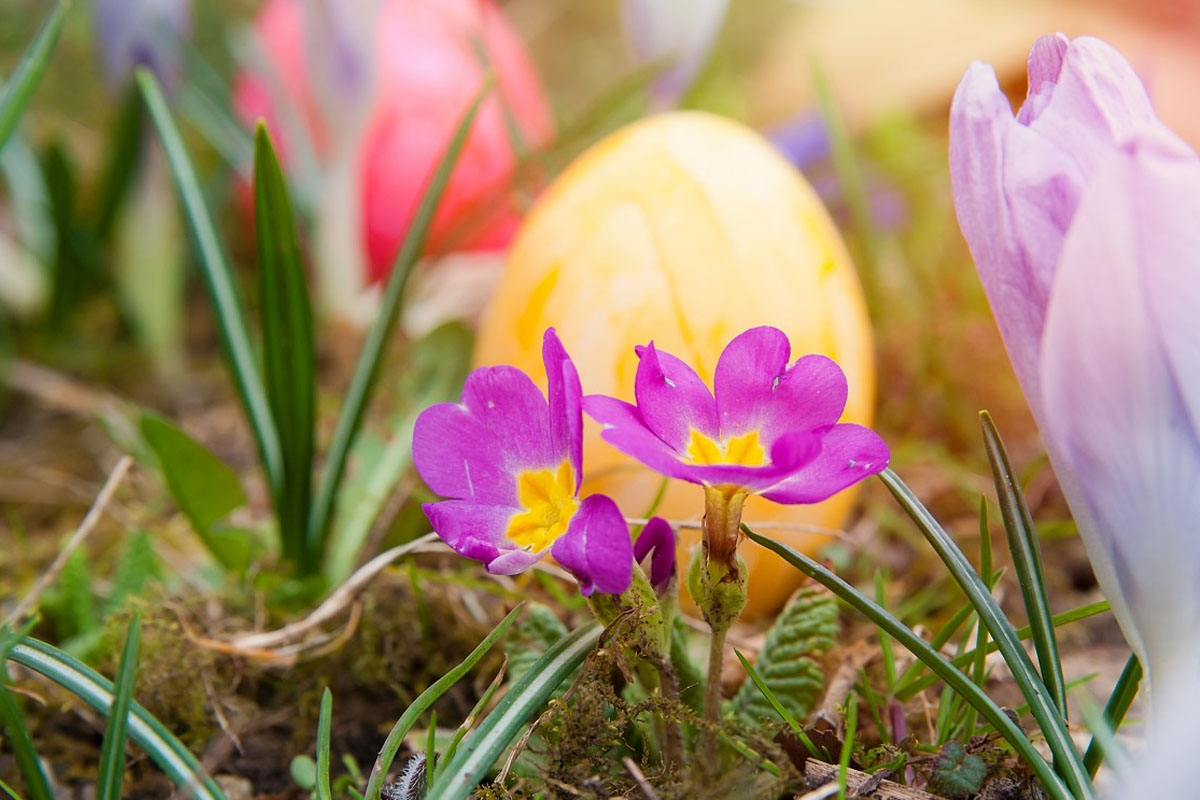 Sometimes taking a look at the coins that aren’t buzzing can be beneficial.

Since Bitcoin s price action this week has been, uh, volatile, I figured I’d steer clear of the standard Alt coin analysis I usually provide while things settle down.

Instead, I shifted the way I look at my data a bit. When I put out my weekly picks, I generally set a threshold that coins need to be mentioned by at least four of the 154 influencers/traders I track and at least five separate times.

But today, I thought I’d spotlight some of the coins that just barely miss the cut.  Each of the five coins below would have been in my top 10 this week but were just shy of the criteria.

All of these coins have been met the criteria for ranking repeatedly over the last three months, but have simply fallen out of the conversation on Crypto Twitter recently.

Doesn’t mean they aren’t worth a look. 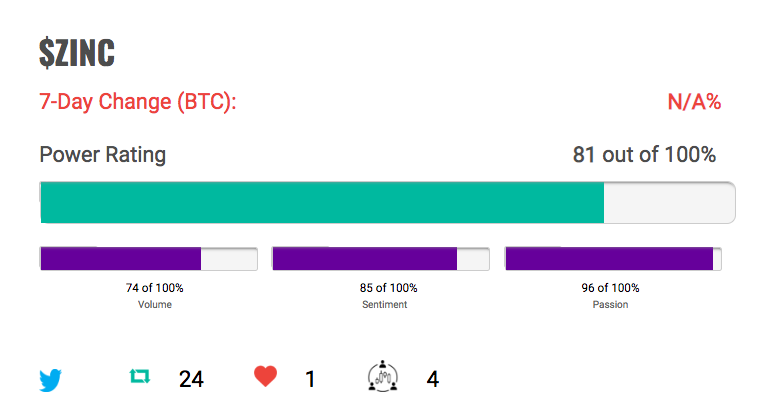 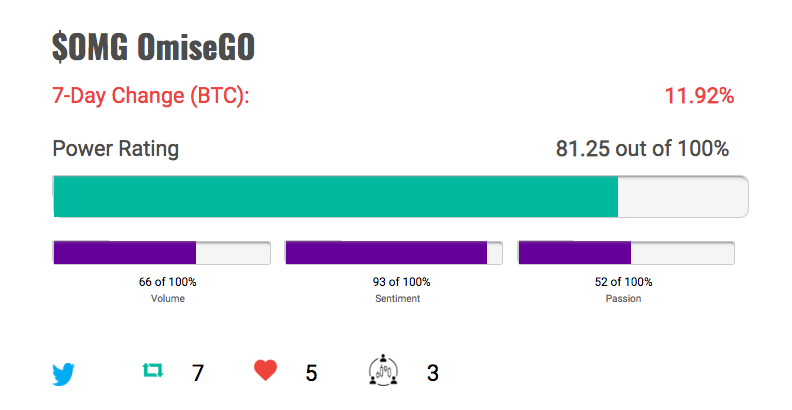 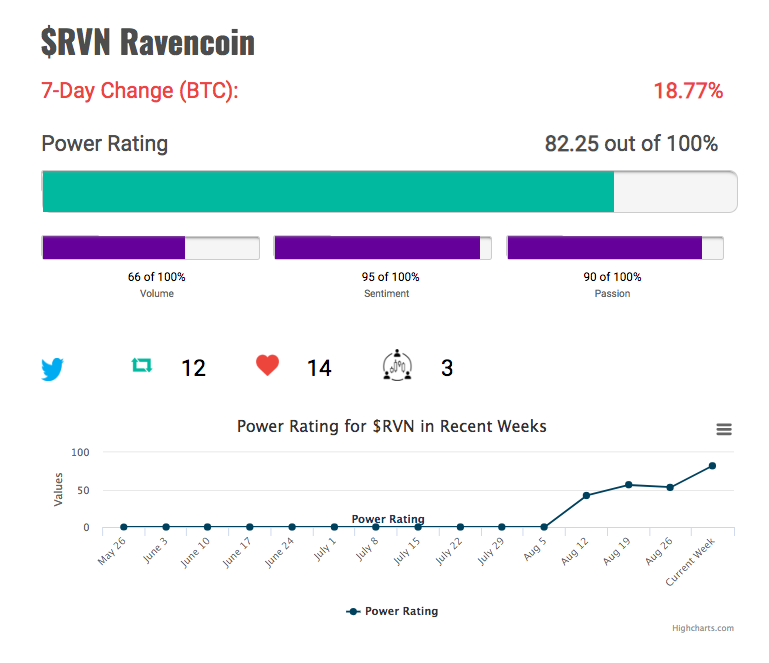 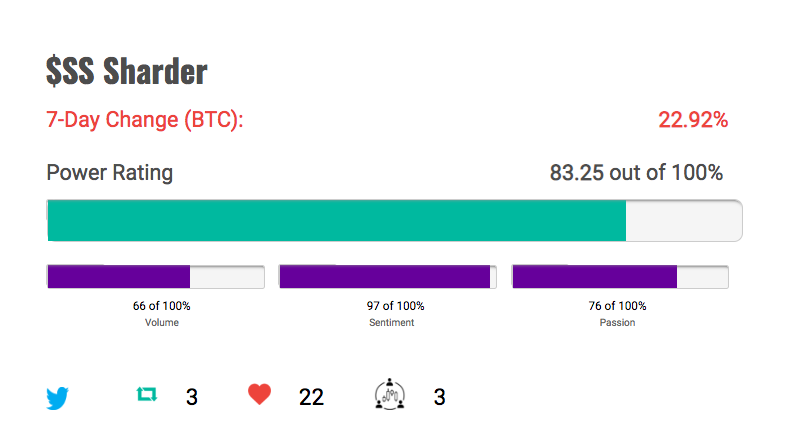 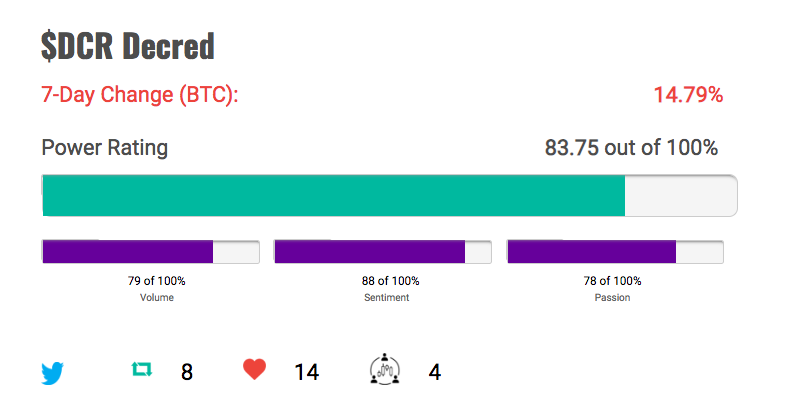