Analysis: The top 14 altcoins to watch this week in the dry market 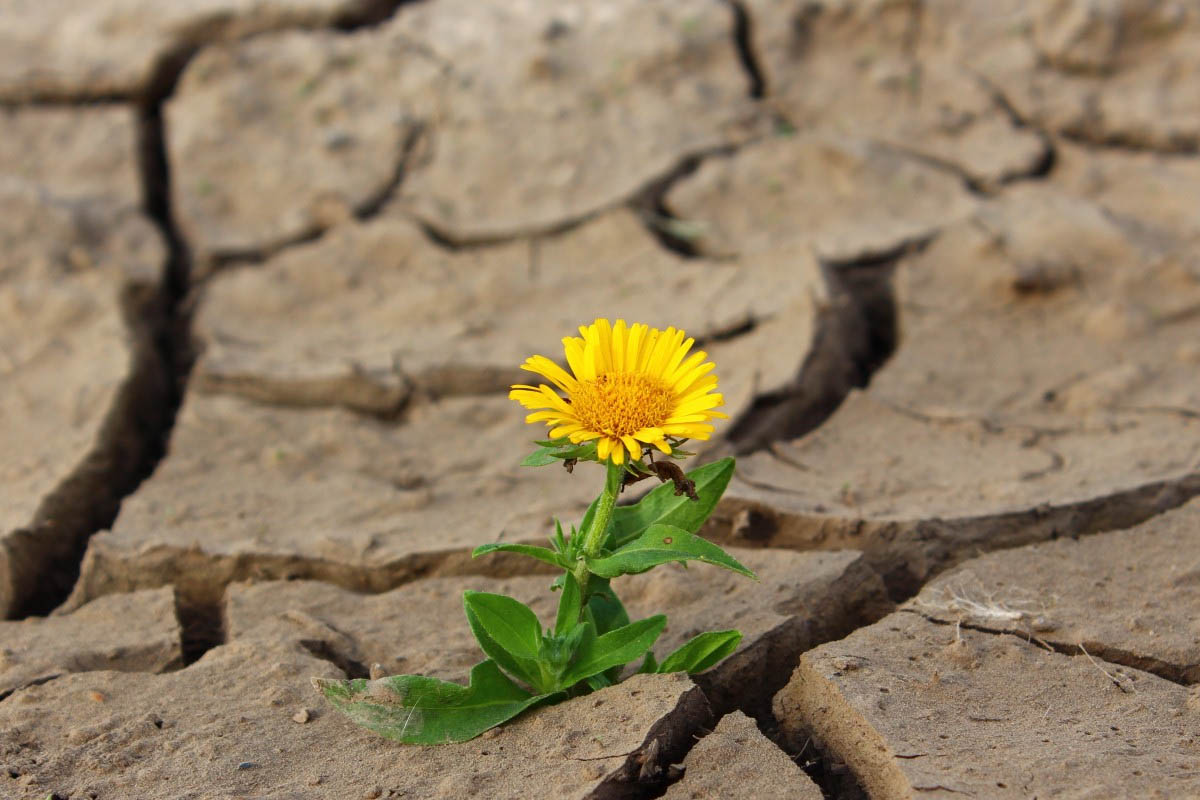 Every I write one of these on a Sunday night and Bitcoin hasn’t moved, it gets a little more stressful.

But here we are. Another week, another period of near no movement for $BTC.

And things have gotten a little quieter among the 150+ influencers and traders I follow. Most have stated opinions at this point, but aren’t posting about them as much because, well, we’re all just waiting.

You can see this pretty clearly on my market sentiment charts. 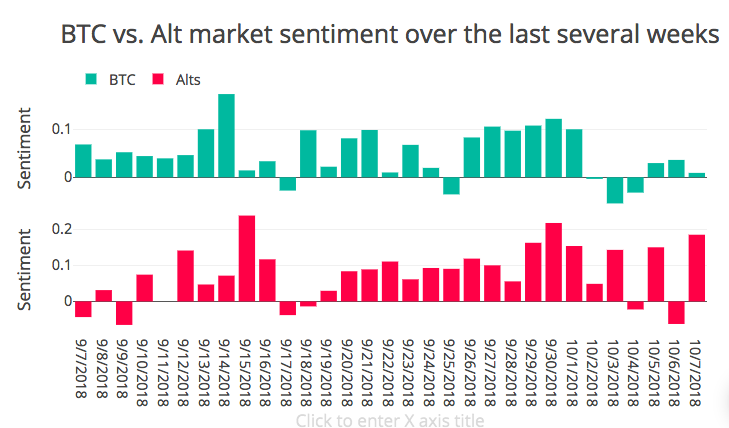 We’re pretty much dead even for $BTC sentiment, after riding high for most of the previous week.

That’s been mixed, but mostly positive news for the alts. And as long as we stay put in this increasingly tight range, I don’t see why that wouldn’t continue.  But sooner or later, this tightening Bitcoin channel is going to break, and it’ll probably be pretty dramatic when it does.

So if you’re going to dive into the Alts, do it with care.

One important note: Pay close attention to the previous week’s price action. High sentiment can indicate both a possible move or a possible peak in price, however temporary. I’ll be adding signals soon to indicate this, but be wary of any coin with a major price shift in the last week. 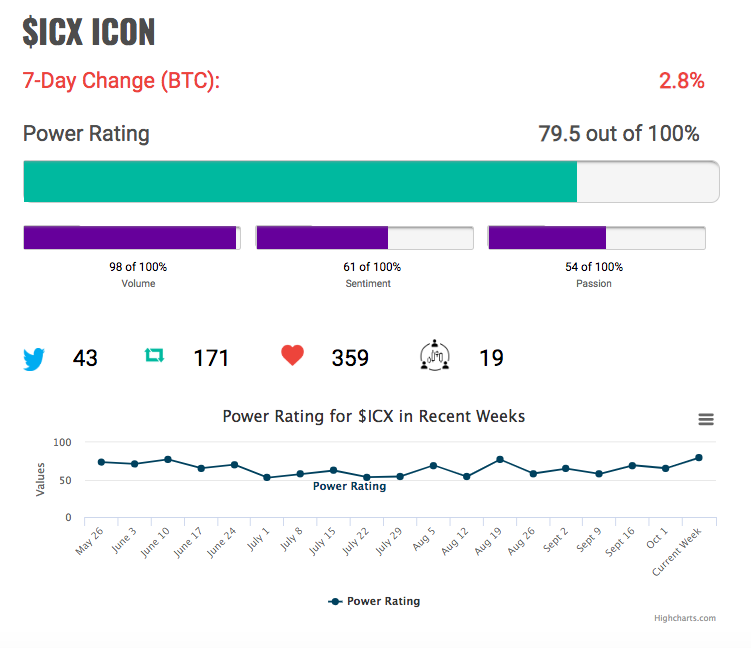 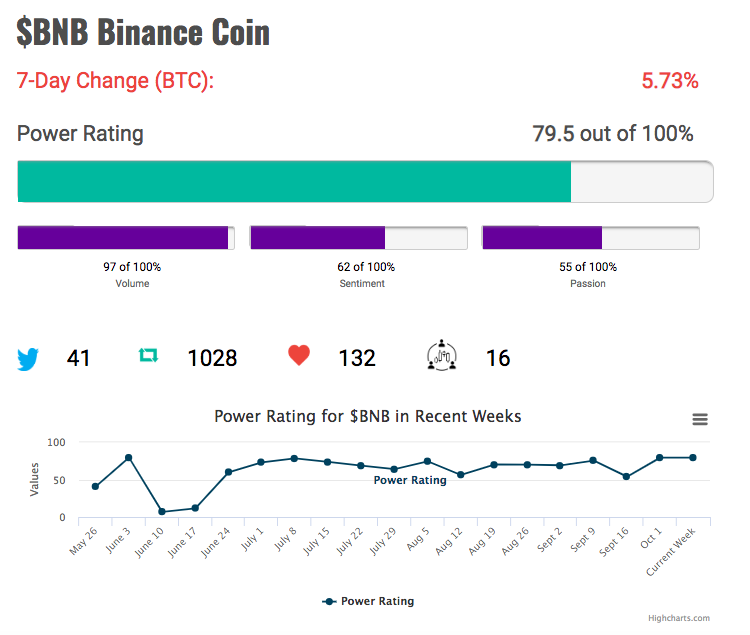 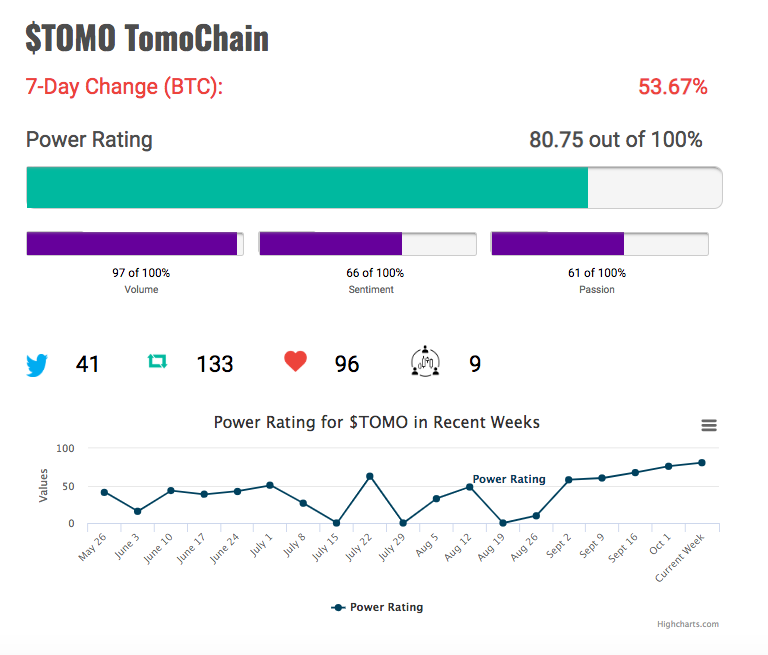 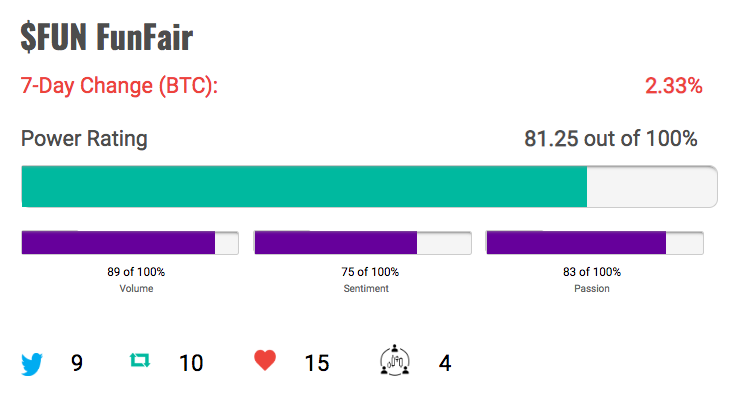 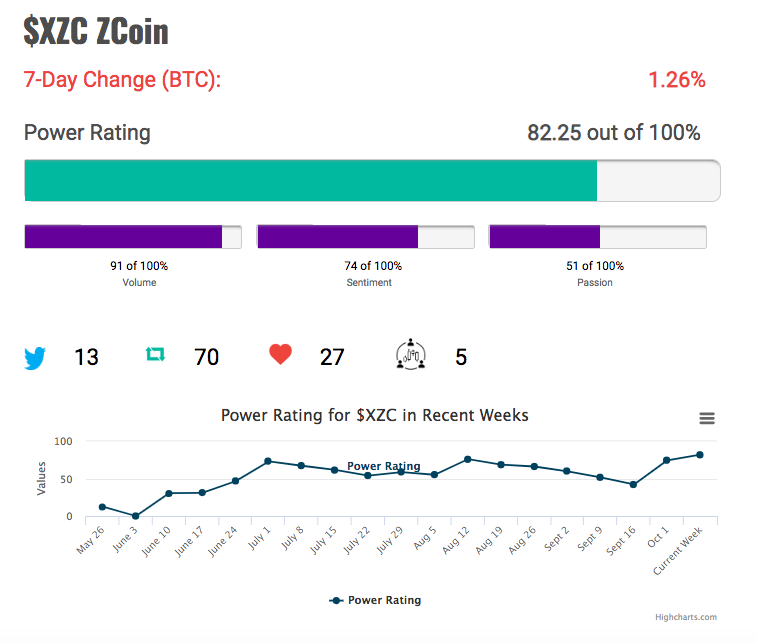 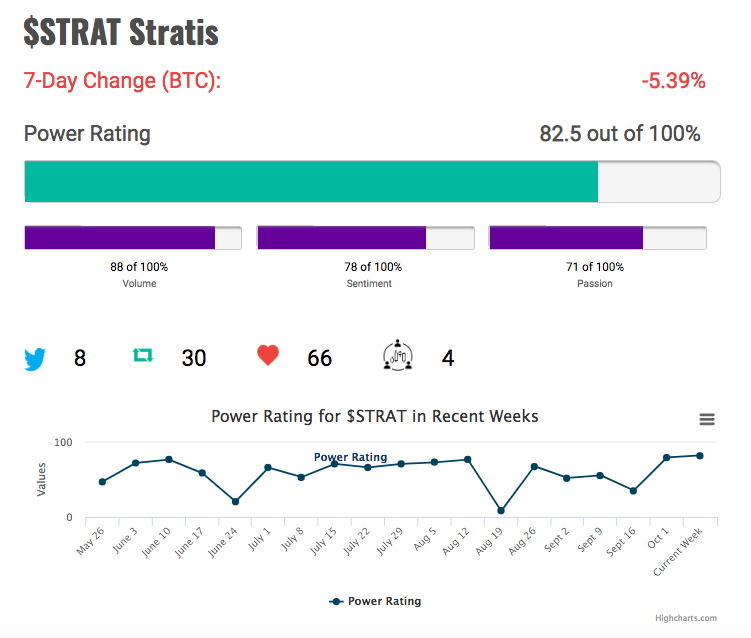 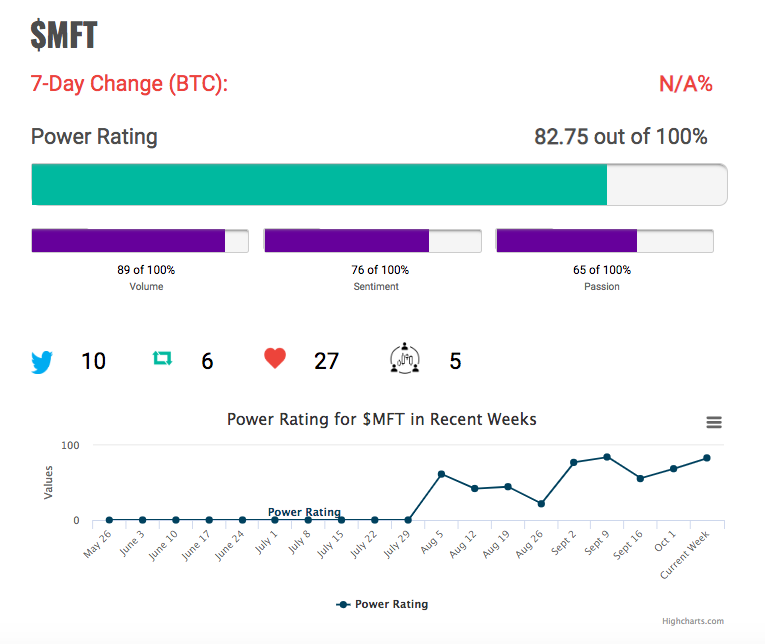 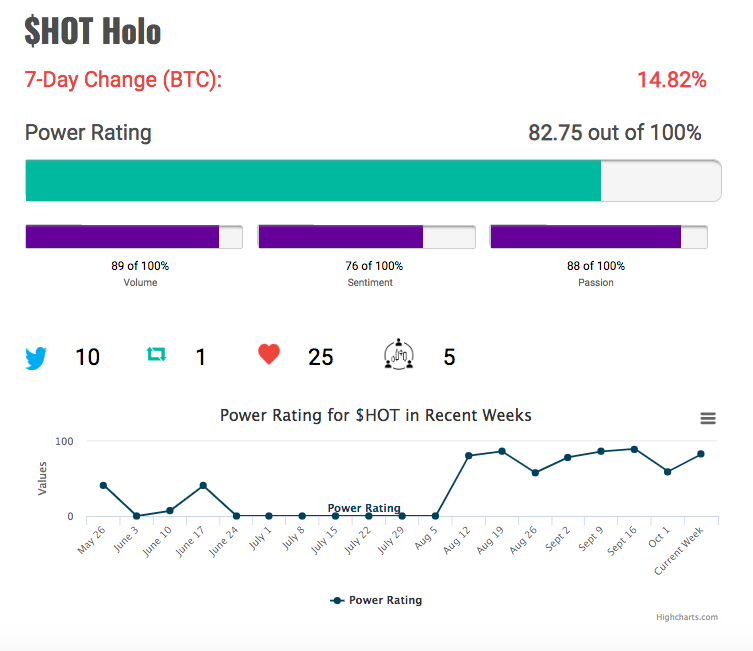 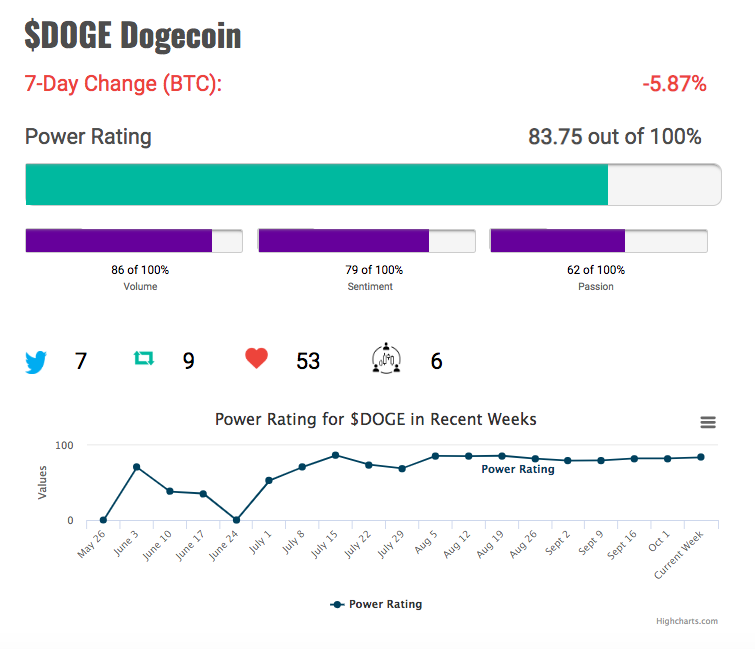 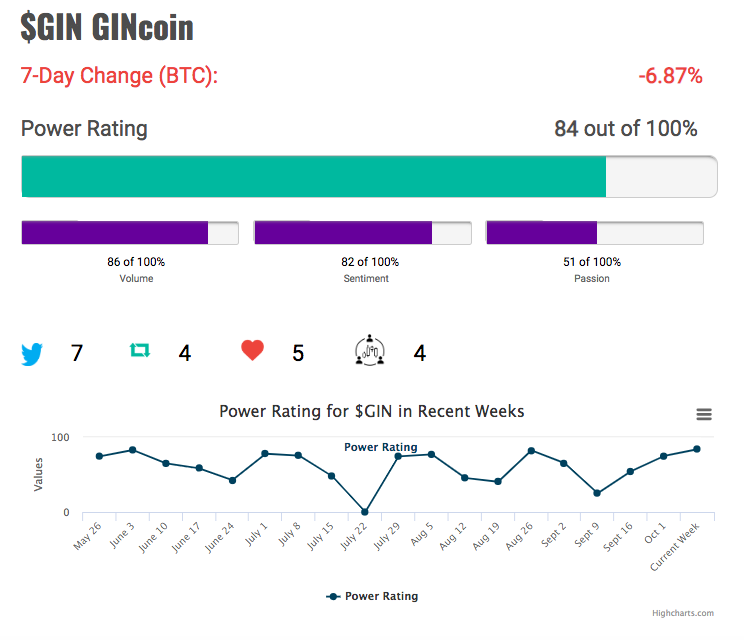 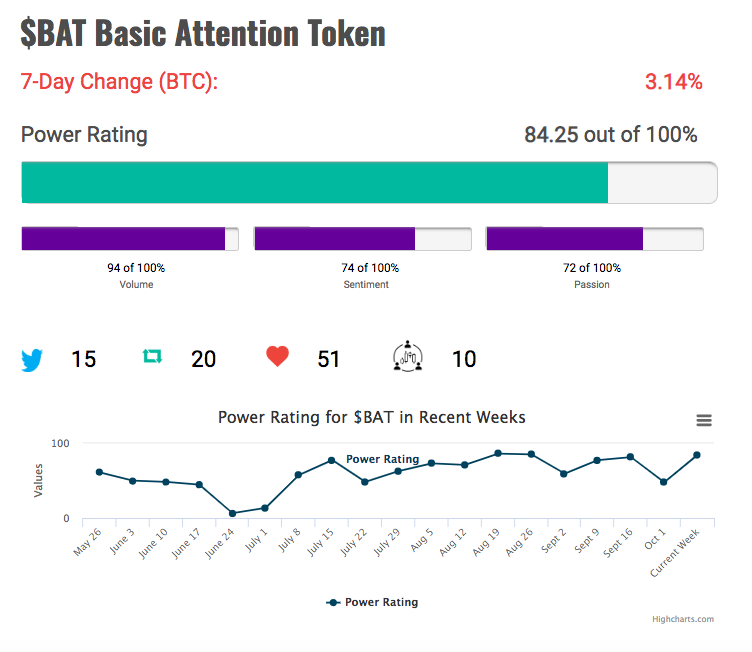 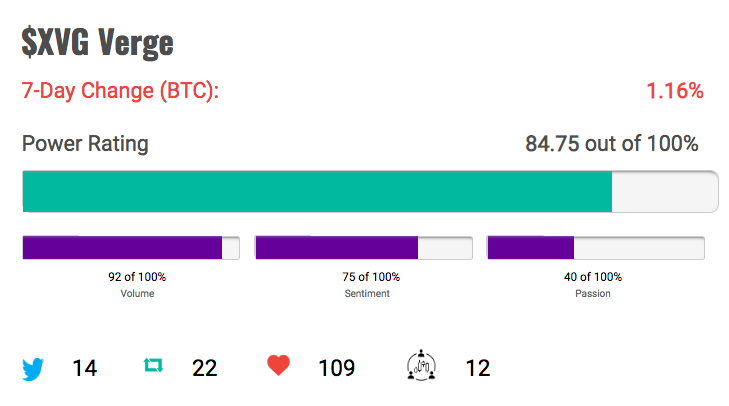 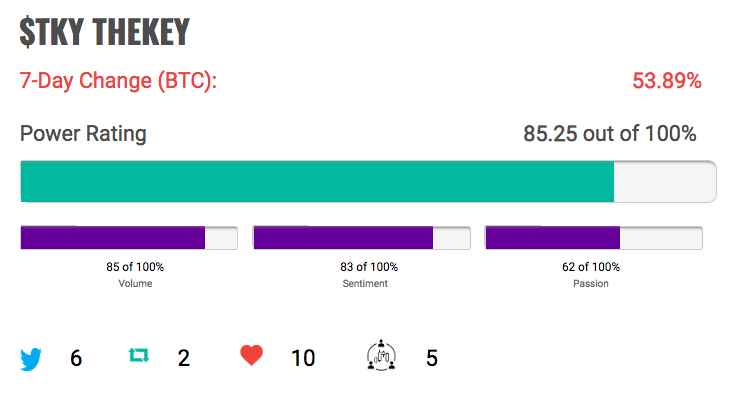 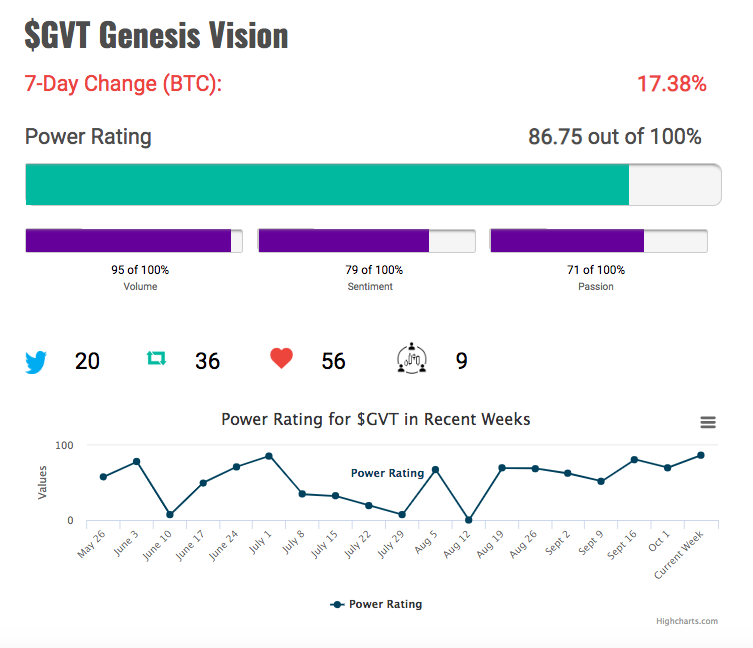 As always, here is all the data I collected this week.