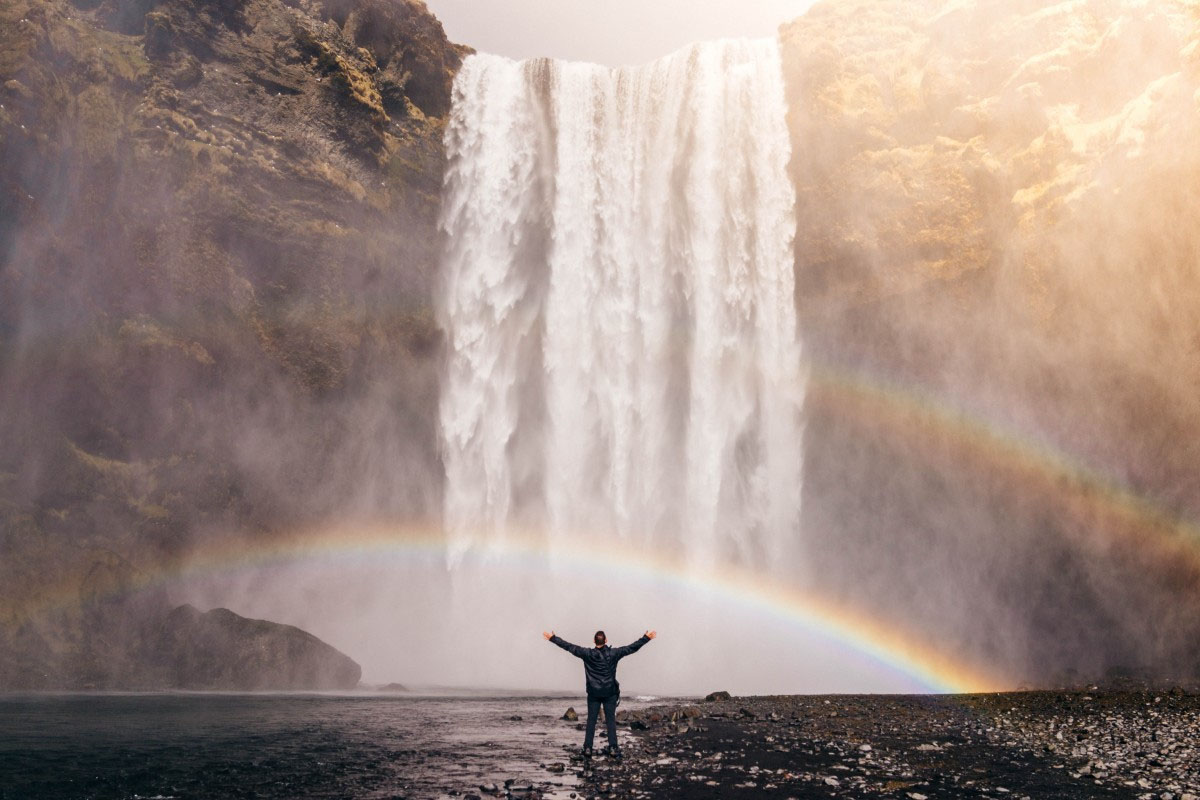 I guess I was naive to think the Tether dump and Bitcoin pump would shake us out of the doldrums and get the big boy to finally pick a direction.

But that’s not bad news for the Alt market. As $BTC continues to hover in its ever narrowing range in the mid $6000s, many Alts are seeing some nice, and sustained, bullishness for the first time in a while.

Unlike in previous Alt runs, this time it comes with the ever-present anxiety over $BTC and the fear it’ll dump.  Let’s look at the market charts. 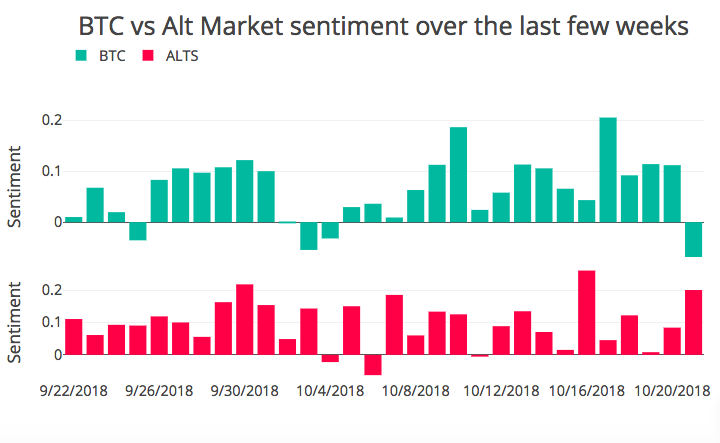 $BTC’s sentiment went negative on Sunday for the first time in a few weeks, but that’s not necessarily a bad thing.  As I mentioned last week, Bitcoin has recently been posting it’s biggest losses after a peak in sentiment.

And after the $USDT-influenced pump, we just haven’t seen that. While sentiment has been positive it just hasn’t reached the heights that we’ve seen over the last few months before a major drop.

I’ve been seeing more of the 150 or so influencers (who weren’t randomly banned by Twitter) I follow have been cautiously suggesting we may be out of the woods, for 2018 at least. Even with those additional statements, there’s not enough confidence behind them to make much of it yet.

In the meantime, sentiment on the Alt market remains generally positive. I’d expect that to continue if $BTC maintains course, but that’s a big if. One thing that jumps out in particular is $LTC topping the charts after having abysmal sentiment for months.

Doesn’t mean the trend can’t continue, but give it an extra bit of research before you dive in.

Look before you leap on these ones:

I’m going to integrate this more elegantly in the coming weeks, but wanted to start somewhere. To the list! 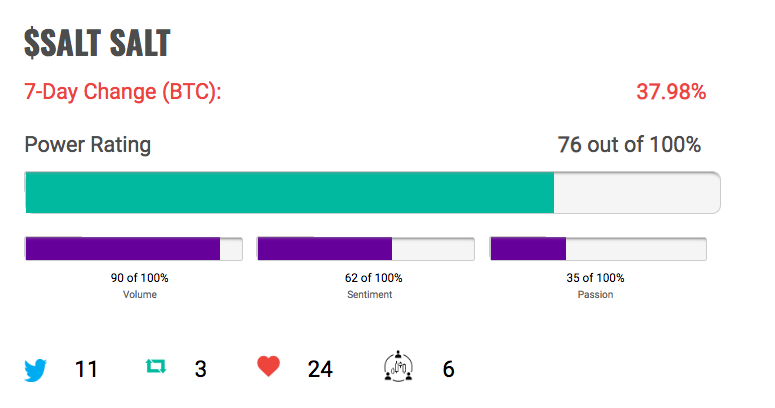 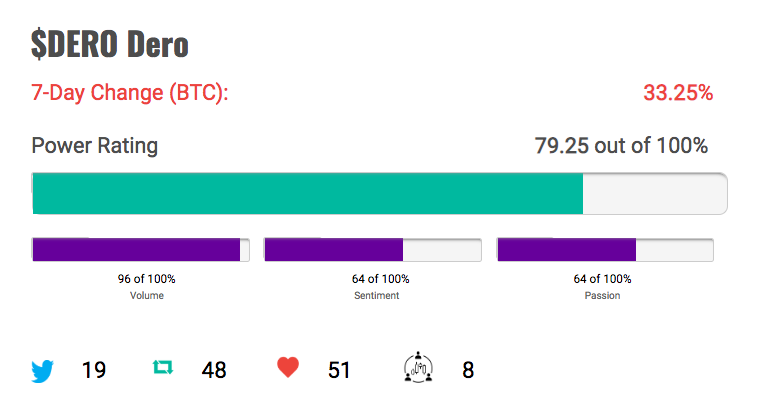 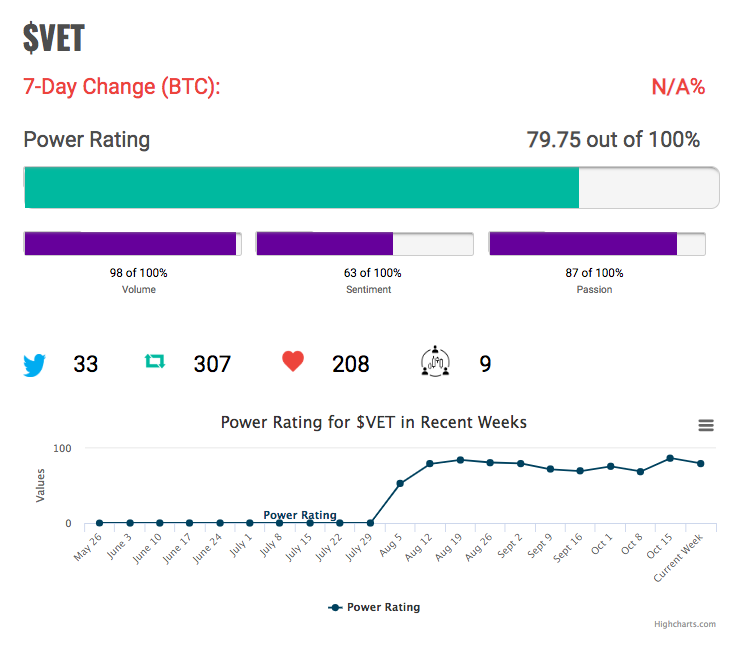 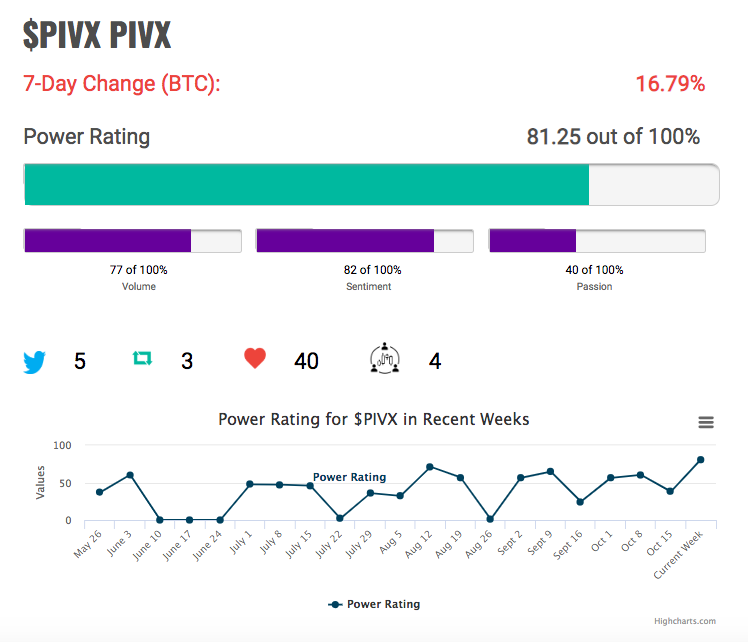 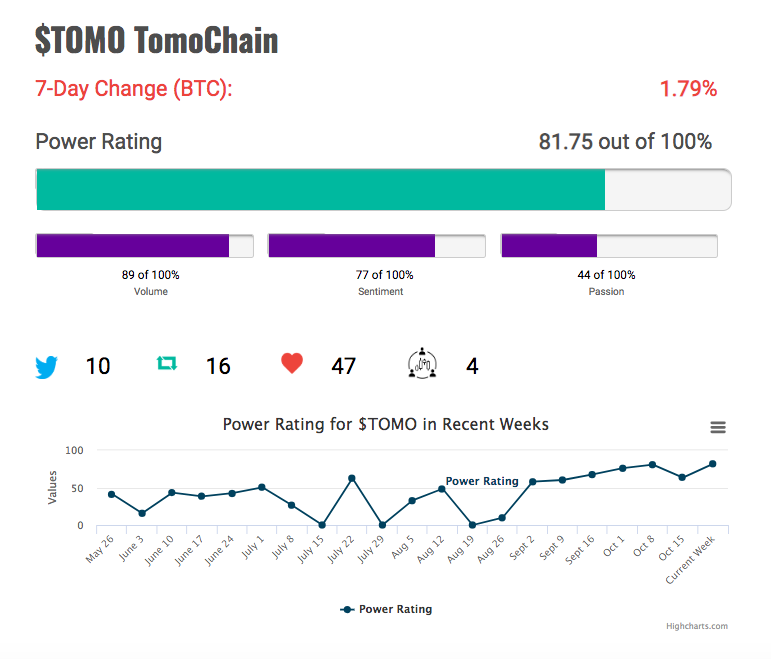 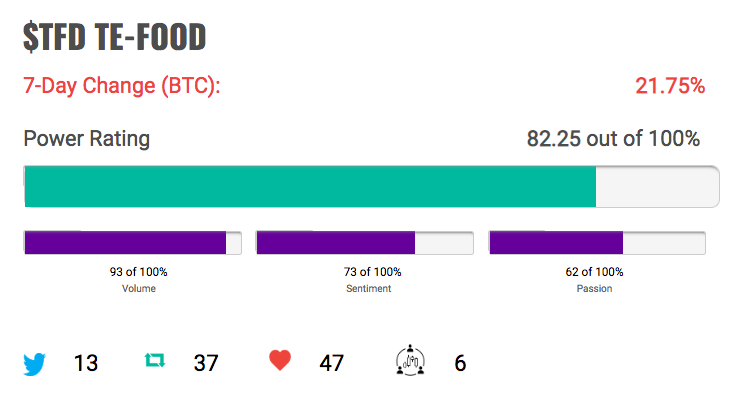 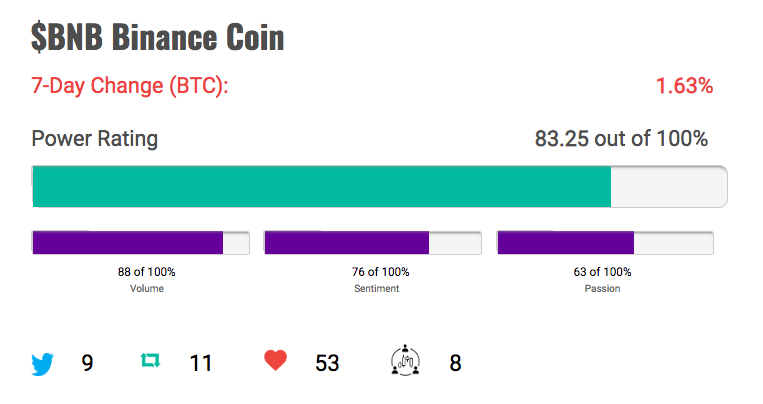 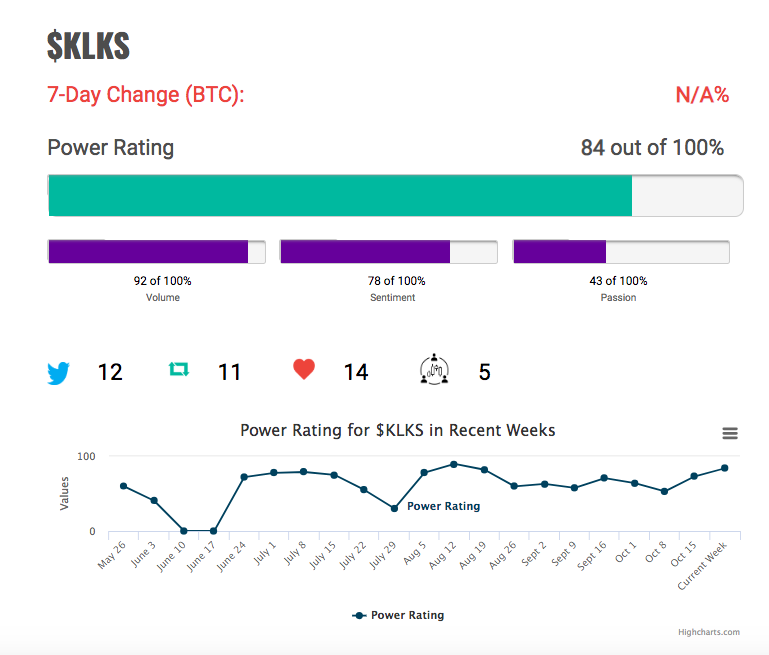 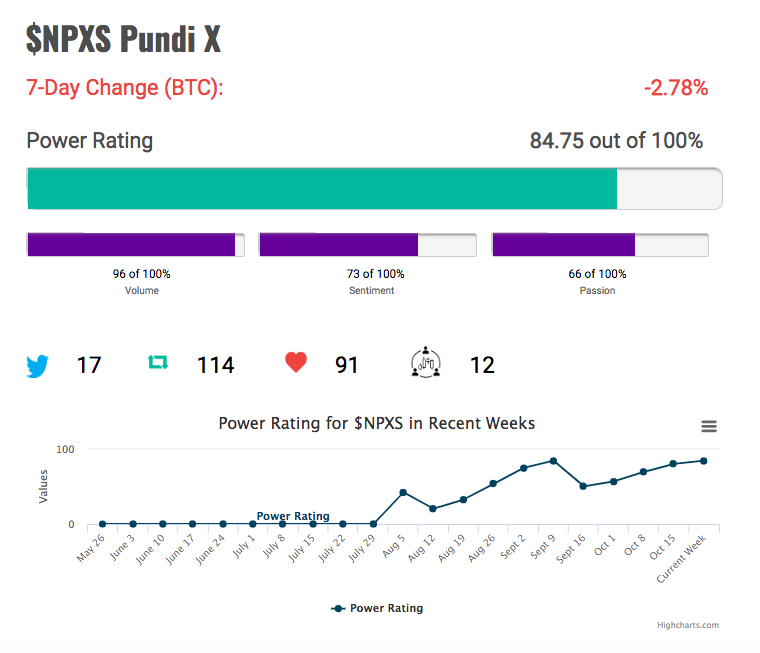 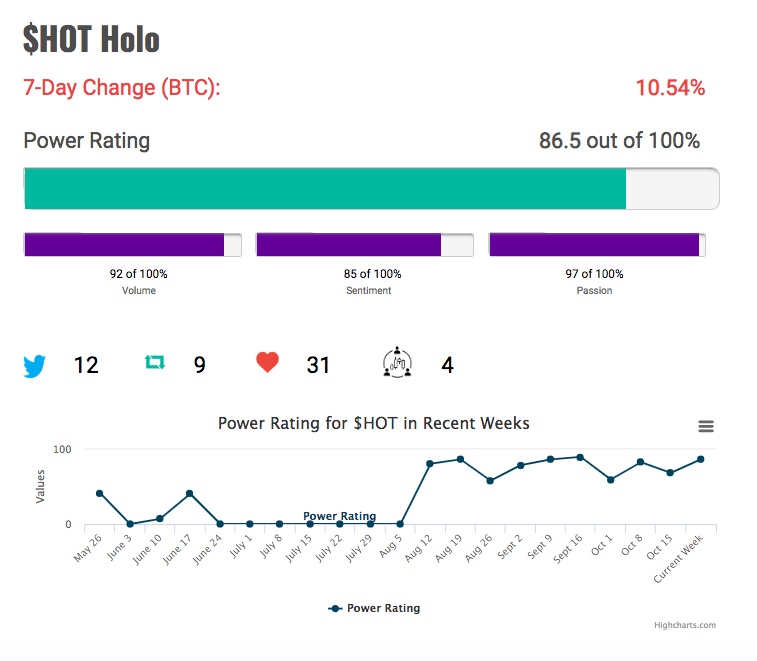 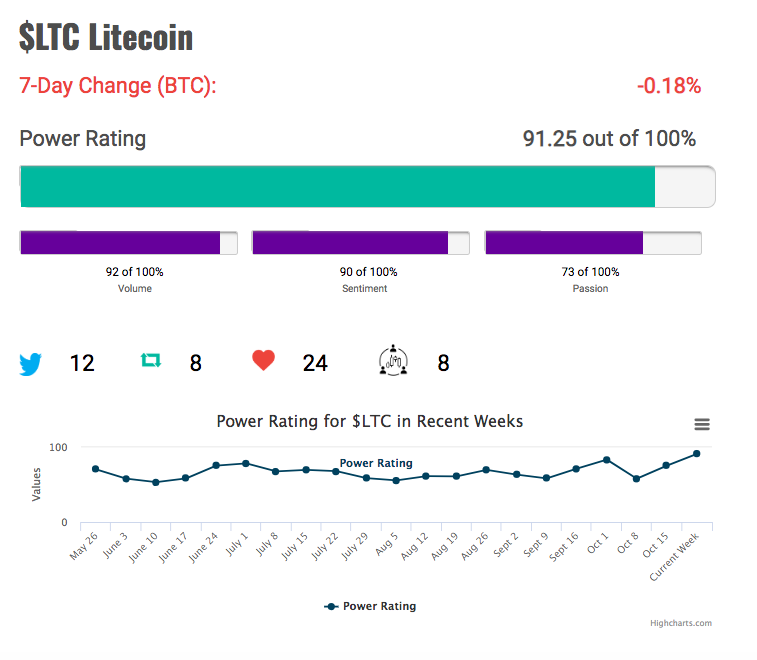