Ripple up 3.07% as all of top five crypto currencies rally 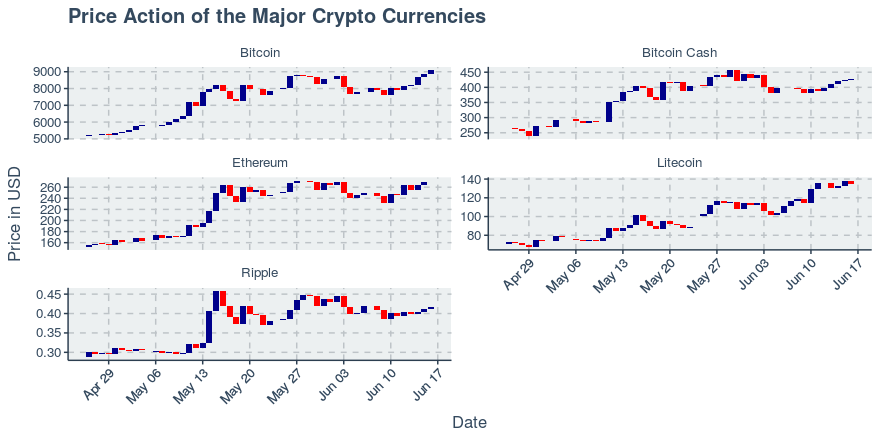 It should be noted that the price behaviour of XRP is especially curious, as its move yesterday was much larger than its normal daily trading range. Traders may also wish to bear in mind the following events going on regarding current price patterns:

The blockchain that saw the most transactions recorded on its blockchain over the past day was Ethereum; its 912,218 transfers added was about 5% greater than the transactions recorded on Ripple, which was the runner up for transactions logged on its chain over the past 24 hours. Ethereum has a transaction fee greater than the transaction fee of Ripple, which may indicate that consumers are opting for Ethereum in spite of its higher fees. Over the past 24 hours, the largest transaction across all blockchains occurred on Bitcoin, coming in at a value of $112,774,296 US dollars. The circulating value of all Bitcoins now comes in at approximately $161.66 billion US dollars — which means Bitcoin accounts for about 57.08% of the entire cryptocurrency market.