Are cryptocurrencies the beginning of the passive income revolution? 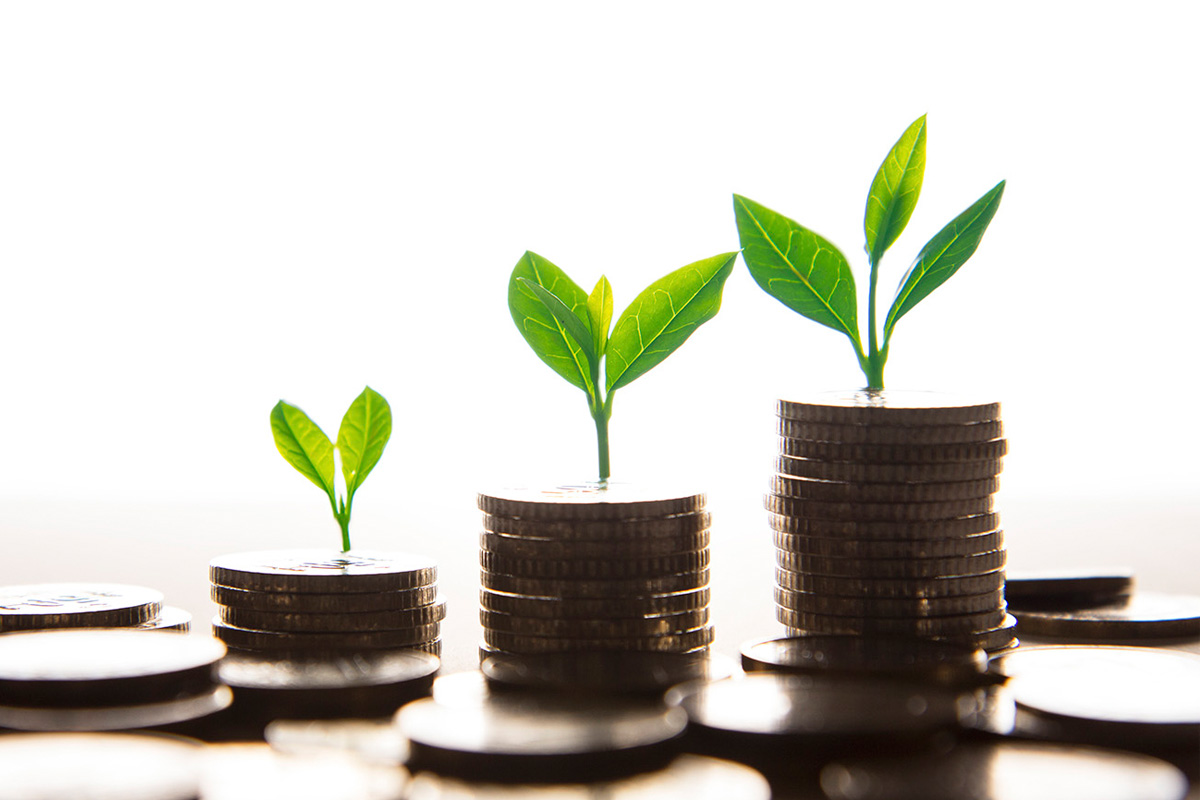 Cryptocurrencies and libertarian ideologies have shared a difficult marriage.

Bitcoin, and its supporters, are often met with mixed reception in mainstream media for the so-called ‘war on banking’ and the potential to usurp classical governance structures.

The fear might be understandable, given that blockchain technology’s most significant attribute creates the potential for decentralized and trustless transactions which could theoretically unhinge the modern banking sector.

Subsequently, theorists have proposed that blockchain technology and cryptocurrencies could be the first step in allowing citizens around the world to eschew the banking system altogether, and instead develop a monetary system based on either a universal basic income, or opportunities that allow for passive income.

The question is, could blockchain technology and cryptocurrencies be the key in developing an economy of sharing, wherein every person in the world could potentially benefit from a passive income?

The gift of blockchain technology, combined with developments such as the lightning network and smart contracts, may effectively enable people around the world to use their possessions to generate passive income and, accordingly, sustain themselves.

What is passive income, really?

Passive income refers to money that is earned without active effort – sometimes, this refers to a situation wherein a person is able to leverage an existing asset (such as a property) to produce an income (for example, through leasing that property) without incurring effort or expense. One could consider renting one’s beach-side home while away on other business as a form of passive income.

Developments both in new cryptocurrency projects and consumer technology mean that the idea of passive income may one day be more broadly applicable than just to the likes of property or trust funds – leading to a future wherein digital currency holders may be able to sustain themselves simply by holding their cryptocurrency assets close to their chest.

Perhaps more interestingly, proponents have also punted the idea that blockchain technology might broadly enable both the ‘streaming’ of money for both income and expenditure.

How do cryptocurrencies support the idea of passive income?

Let’s use Bitcoin as an example. Thanks to a fixed supply of some 21 million coins, Bitcoin differs from fiat currency in that it is deflationary – its supply will decrease over time, making each unit more valuable.

When Bitcoin ‘miners’ create a ‘correct’ hash sequence, each block of transactions in the Bitcoin blockchain is ‘sealed off’. This process is called ‘proof of work’, and the miner responsible for verifying transactions is rewarded with an allocation of Bitcoins

This process ensures that the influx of new bitcoins will eventually slow and then stop completely, and, further, that diminishing rewards will eventually see miners turn to user-provide transaction fees as a means of income.

Bitcoin – and blockchain technology – might fundamentally be able to sidestep the so-called ‘tragedy of the commons’ given the fact that, despite fundamentally acting in self-interest, miners inherently serve a public good and are essential to the operation of the Bitcoin network and are subsequently rewarded with a passive income.

Mining cryptocurrencies through proof-of-work, however, is inherently resource intensive and can therefore be exclusive to many people who cannot afford to purchase high-end mining rigs in the first place.

Newer cryptocurrencies have instead opted for a different mechanism called proof-of-stake that converts this process to one wherein coin holders are afforded network resources and authority relative to the coin holdings that they are prepared to ‘stake’ on a network.

In layman’s terms, while proof-of-work mining leverages processing power to solve increasingly difficult puzzles, proof-of-stake verification attributes mining power to the proportion of coins held by a miner in the first instance.

The method draws its name from the fact that in this scenario, a miner is limited to mining a percentage of transactions that is correlated with their ‘ownership’ stake in a network.

Proof-of-stake mechanics, in addition to the development of smart contracts, might well be instrumental in creating a worldwide monetary system in which complex financial arrangements could be easily conducted by algorithms.

Through this, we may arrive at a point in time where not only do certain cryptocurrencies provide a passive income, but newly invented economies of sharing could provide extra value to market participants using resources that they might take for granted at present.

Which cryptocurrencies could provide passive income?

Several leading cryptocurrency projects have the potential – through proof-of-stake mechanics – to deliver passive income. Newer cryptocurrencies have even gone so far as to leverage this process to pursue the creation of a universal basic income, which would provide every market participant with an opening value to transact within a system.

Passive income through proof-of-stake and masternodes

Some cryptocurrency projects have eschewed the paradigm created by proof-of-work mechanics to use proof-of-stake protocols to offer incentivation to market participants for either being a part of or performing specific functions in a particular network.

NEO – commonly referred to as the Chinese Ethereum – is a blockchain platform that rewards holders of NEO tokens. Investors interested in deriving a passive income through NEO need only stake their tokens in an official NEO wallet to be rewarded in GAS, which is the token used to pay for transactions on the NEO network.

In an alternate approach, Dash – short for digital cash – is another digital currency that provides its users with the opportunity to receive a passive income. Users running masternodes – specialized network nodes that can handle specific functions on a network – are able to receive an income for handling requests such as instant or private transactions on the Dash network. While Dash masternode operators are both required to have a significant capital outlay and technical knowledge, such users can be rewarded in DASH for fulfilling requests on the network over time.

Recognising the fact that market participants are only valuable if they themselves hold value (currency) in a market space, some cryptocurrency projects have been designed to leverage blockchain technology and smart contracts to distribute a universal basic income to their participants.

Technically speaking, a universal basic income represents a form of welfare program in which all participants of an economy would receive a regular and unconditional sum of money from an issuer. Through such a program, every participant would recieve a form of passive income to sustain their economic activities.

While the success of such a project is, of course, limited to its adoption and eventual market capacity, initiatives such as Manna (formerly Grantcoin), Vialcoin, and Project UBU have taken up the banner of creating passive income opportunities through the distribution of a universal basic income.

Manna, specifically, has set itself the goal of becoming an alternative global reserve currency backed by a portfolio of assets that is held by a global NGO. The project has further planned to develop an API to interface with Ethereum, which would see Manna leverage the platform’s rules for the issuance, distribution, and execution of complex transactions.

Several cryptocurrencies have emerged with the view of creating passive income opportunities through unlocking previously dormant ‘real estate’ or ‘economies’ which could be used to create additional income.

One such example is SIA, which is a cryptocurrency platform designed to income through the rental of digital storage space. SIA’s cloud storage platform enables users to rent out spare storage capacity on their computers, where ‘providers’ are rewarded with Siacoins for providing storage space through smart contracts, and ‘renters’ pay for extra storage space in Siacoins.

Another noteworthy example is Golem, which aims to create a sharing economy by allowing users to rent out unused portions of their CPU. Providers receive Golem network tokens (GNT) for leasing out portions of their computer’s CPU, while ‘requestors’ can pay in GNT tokens to have complicated tasks (such as image rendering) performed across a decentralized spiderweb of worldwide processors.

How could consumer technology evolve?

Beyond the development of smart contracts on blockchain technology, consumer technology might well be the missing link in providing people around the world with money through a passive income.

Fundamentally, goods in the physical world will be the executors and deliverables of smart contracts and will principally need to be the vehicle through which smart contracts are initiated and later completed.

The development of the Internet of Things (where ordinary appliances or devices might benefit from an internet connection and become a ‘node’) could well accelerate the proliferation of smart contracts into the real world.

Several such projects have sought to leverage both an IoT device and the power of smart contracts; Tesloop, for example, is a ride-sharing service exclusively using autonomous fleets of Tesla motor vehicles. The company recently announced its CARMIQ platform, which would let Tesla owners rent out their vehicles to passengers. By way of a smart contract, autonomous Tesla cars could – while their owners do not need their vehicle – perform taxi services, accrue an income, and then return to their owner when requested.

What could the future hold?

Blockchain technology, smart contracts, and connected devices might one day propose a world where the idea of a single major salary, wage, source of wealth, or otherwise ‘active’ income becomes obsolete. Principally, we may be able to expect a future in which people around the world could simultaneously leverage their passive income to facilitate automatic expenditure frictionlessly.

While that future might be a ways off, it might well sit on the distant horizon – and whether cryptocurrencies are widely accepted might trigger the concept’s first true test.