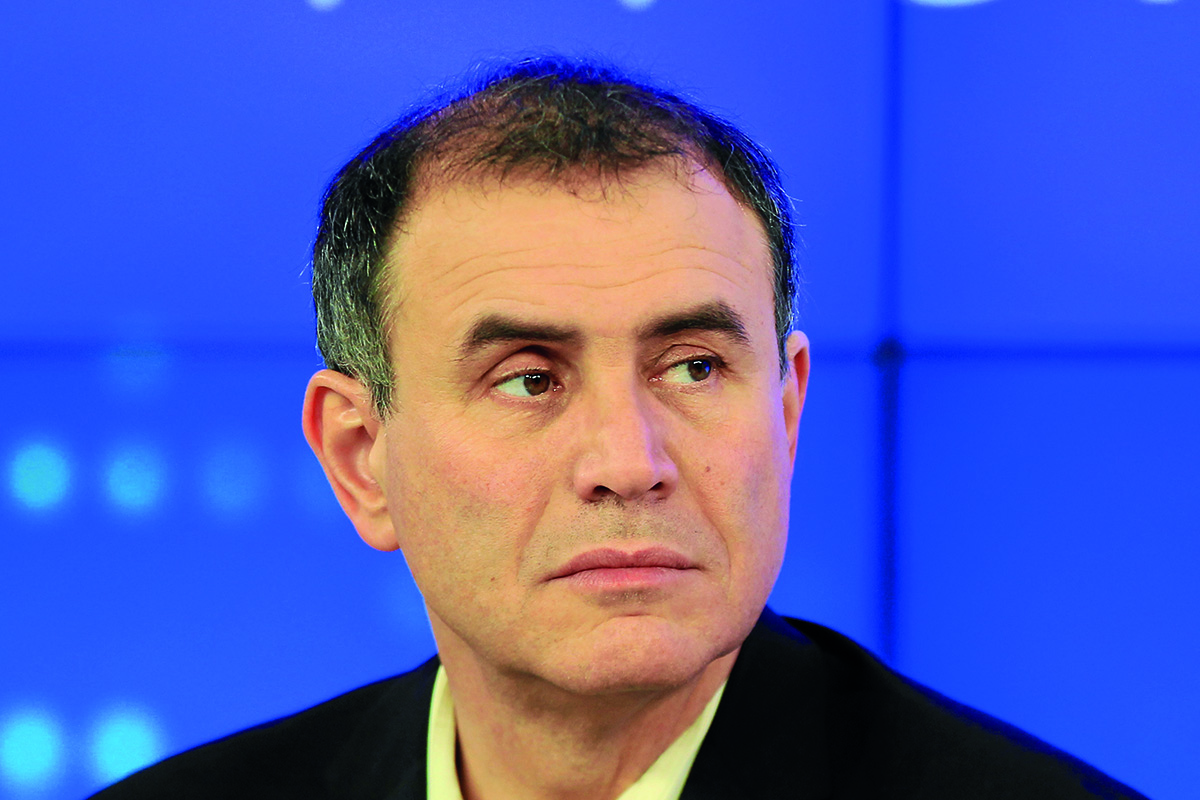 If crypto needed a kick in the teeth to wake up, Dr Nouriel Roubini delivered.

While he might be more famous for predicting the financial collapse of 2008, Roubini has in recent weeks taken to the press to argue against the development of blockchain technology, Bitcoin Ethereum, and even Initial Coin Offerings (ICOs).

At the Congressional hearing on Capitol Hill in Washington DC on October 11th, Roubini testified to US senators that cryptocurrency was “the mother or father of all scams and bubbles” – echoing the likes of other figures such as Warren Buffet and George Soros. Additionally, high-profile interviews on CoinTelegraph, as well as writing published on Project Syndicate, have seen Roubini declare his positionality.

Roubini’s views are supported by a number of claims surrounding the blockchain industry. While many of them do have substantial merit, it’s also worthwhile to consider that cryptocurrency – as an emerging asset class and currency system – exists in relative novelty.

In the wake of some of Roubini’s most recent remarks, let’s take the opposing view, and explore arguments as to why cryptocurrency might yet succeed.

“There’s a lot of talk about decentralization: Miners are centralized as an oligopoly, coders are centralized, exchanges are centralized — as 99 percent of all transactions occur on a centralized exchange — and there’s a massive concentration of wealth. This is worse than North Korea in terms of income and wealth inequality… The reality is just the opposite: It’s a totally centralized system.”

Centrality is (arguably) not a binary concept between the state of being ‘decentralized’ as opposed to ‘centralized’ – as recent interviews from Tone Vays, Jimmy Song, and Simon de la Rouviere perhaps demonstrate best, centrality more akin to a sliding scale – with some maximalists heralding Bitcoin as the gold standard (if you’ll pardon the phrase), while others allege that many altcoin projects require more time and exposure to become sufficiently decentralized.

In that view, we have to regard Bitcoin as the most successful (and most decentralized) monetary system we have developed yet, where a distributed web of processing power forming consensus is the network authority. Coders committing improvements to Bitcoin or a range of other altcoin projects exist all over the world, decentralized exchanges have steadily shown growth, and while Bitcoin itself might have a terrible Gini coefficient (as a measure of inequality), it has been argued by the likes of Coinbase CTO Balaji S. Srinivasan that a totally new form of expression is needed to quantify decentralization in cryptocurrency networks.

In the same way that other currency networks have grown, it’s further argued that solutions such as layer 2 scaling mechanics (such as the Lightning Network) will promote a further distribution of wealth as Bitcoin (in particular) moves from being a store of value to a true means of exchange.

There is already a revolution: there’s going to be much more competition, there’ll be much more access. If you are a poor farmer in Kenya today, you are using M-Pesa. On your little smartphone, you can make transactions, you can borrow and lend, you can buy and sell your goods and services, you have a whole slew of financial services without the brick-and-mortar bank. And all these things are available to billions of poor people in Africa. What [do] they have to do with blockchain or crypto? Nothing, zero. So, there is a revolution and it has nothing to do with blockchain.”

Writing from South Africa, Roubini is right to say that mobile money platforms such as M-Pesa have cultivated immense support and have offered millions of Africans with an easy platform to trade, barter, and exchange goods and services with. What Roubini discounts, however, is that mobile money networks are tethered to fiat money in some of the most volatile markets around the world.

While the African cryptocurrency revolution might just be getting started, we have already seen Bitcoin surge to premium prices in volatile markets such as Zimbabwe, with nations such as South Africa, Senegal, and other territories explore means to not only establish meaningful regulation around cryptocurrencies but further explore their use cases for cultivating local markets, international remittances, and much more.

In fact, cryptocurrency might benefit from the development of mobile money as a lynchpin of sorts to develop a system that is capable of operating at scale, has an easy-to-use interface, and can (most importantly) win over customers – bringing the benefits of a decentralized currency system to one of the most volatile, yet most vibrant, marketspaces in the world.

Earlier this year, the Research component of the Satis Group, a cryptocurrency and ICO advisory firm, released a report which claimed that as much as 81% of ICOs were scams. According to Satis Group, ICO scams were determined as any project which has “expressed availability of ICO investment (through a website publishing, ANN thread, or social media posting with a contribution address), did not have/had no intention of fulfilling project development duties with the funds, and/or was deemed by the community (message boards, website or other online information) to be a scam”.

It’s worthwhile to note, then, that a majority of the tallied ICOs were simply community-driven projects that ultimately fizzled out – and the declaration of an ICO being a scam is an incredibly binary endeavor. Statistically, it might even be worthwhile to argue that ICOs could be…

“…Of course, it completely failed: After 10 years, there is no killer app; the crypto assets are going bust; they’ve lost 99 percent of their value; all these experiments have led not a single corporation or single financial institution using this technology, and there is no reason why they want to use this technology. And why would you want [to]?”

While examining the fact that Bitcoin surpassed parity with gold prices last year is meritous, it’s also worthwhile to consider that the pre-eminent cryptocurrency is on track to process $1.1 trillion USD in transactions this year alone.

Bitcoin has been clearing more tx volume than global gold markets since early 2017.

On the broad scale of things, we might be yet to see a blockchain-based business, product, or service (decentralized or otherwise) reach the main stage. However, we could easily argue that the blockchain industry has already created two killer apps that function at scale – Bitcoin (as a worldwide, peer-to-peer money system) and Ethereum (as a vehicle for capital crowdfunding on the level of an Initial Public Offering).

In 2017, ICOs shifted an immense $5.6 billion USD in capital – and we don’t, in fact, need to evaluate whether those ICOs were successful or not to recognize that this new form of decentralized crowd-funding has succeeded in decentralizing venture capital investment to millions of new investors. That could pave the way to tokenized shares or future security offerings that are compliant with local securities laws – a noteworthy statistic from Mangrove Capital Partners indicates that during 2017’s bull market, the average return for ICOs was 12,8% x USD investments, 7,7% for ETH investments, and 4,9% for BTC investments.

“As for blockchain itself, there is no institution under the sun – bank, corporation, non-governmental organization, or government agency – that would put its balance sheet or register of transactions, trades, and interactions with clients and suppliers on public decentralized peer-to-peer permissionless ledgers. There is no good reason why such proprietary and highly valuable information should be recorded publicly.”

While crypto-libertarians might despise the idea of working alongside a bank, there are numerous cases of financial institutions collaborating with blockchain technologies to use decentralized ledgers – and (arguably) even more notable cases where proprietary and highly valuable information should be recorded publicly.

In the case of the former, we can look to the case of the Petro (which Venezuelan government has controversially used to side-step international sanctions, among other endeavors) or even JPMorgan’s Quorum.

In the case of the latter, a number of interesting business cases have surfaced – ranging from the US Border Patrol’s decision to employ Factom to store data obtained from Border Patrol cameras and sensors stored on Factom’s network, while the National Aeronautics and Space Administration (NASA) has awarded a new research grant for an autonomous spacecraft that could make decisions using blockchain technology (specifically, using Ethereum).

A range of conceptual and interest cases could see blockchain used to not only serve as a permissionless ledger but further go on to coordinate the likes of satellites in space.