Nearly 30% of US citizens support Bitcoin as legal tender 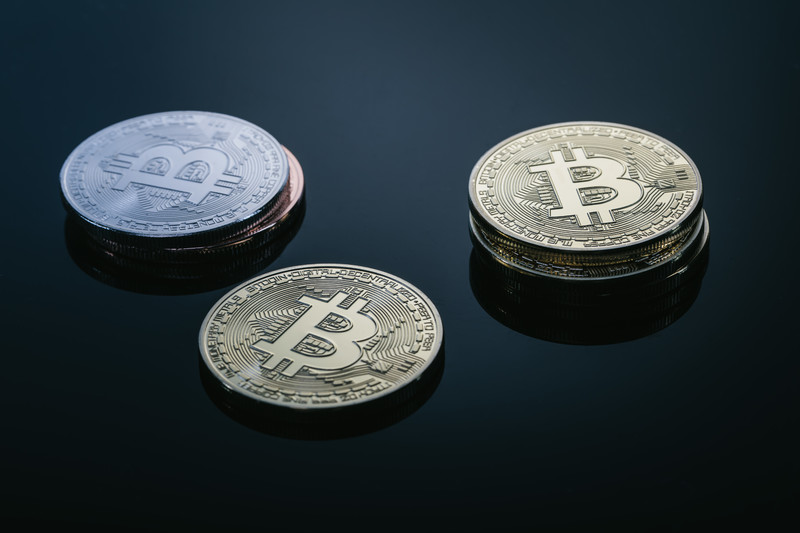 A recent survey has found that nearly 30% of Americans support the United States government recognising and declaring Bitcoin as legal tender in the country’s economy.

Taken from a poll from YouGov, a data and research analytics firm, 27% of 4,912 respondents in the United States support Bitcoin as legal tender to some degree. 11% of the respondents would “strongly support” Bitcoin and 16% would “somewhat support” the use of the cryptocurrency as legal tender. 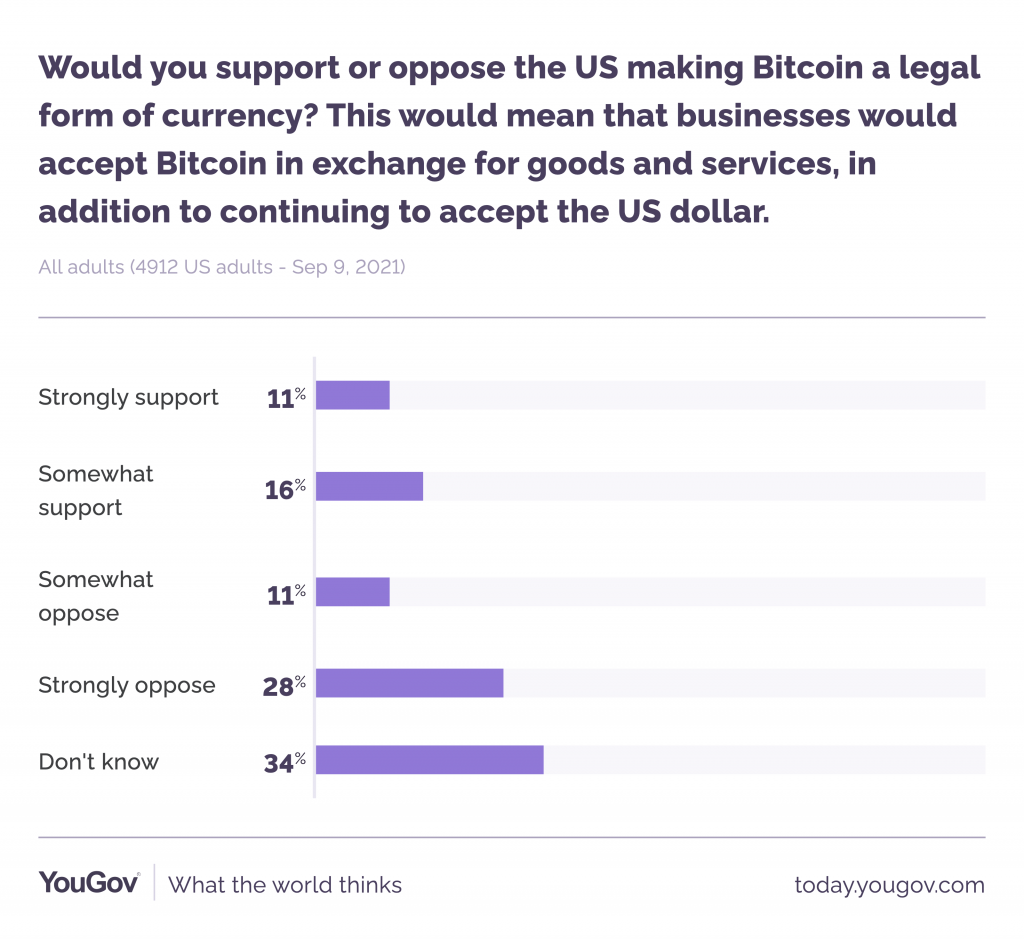 Who is more likely to support Bitcoin in the United States? 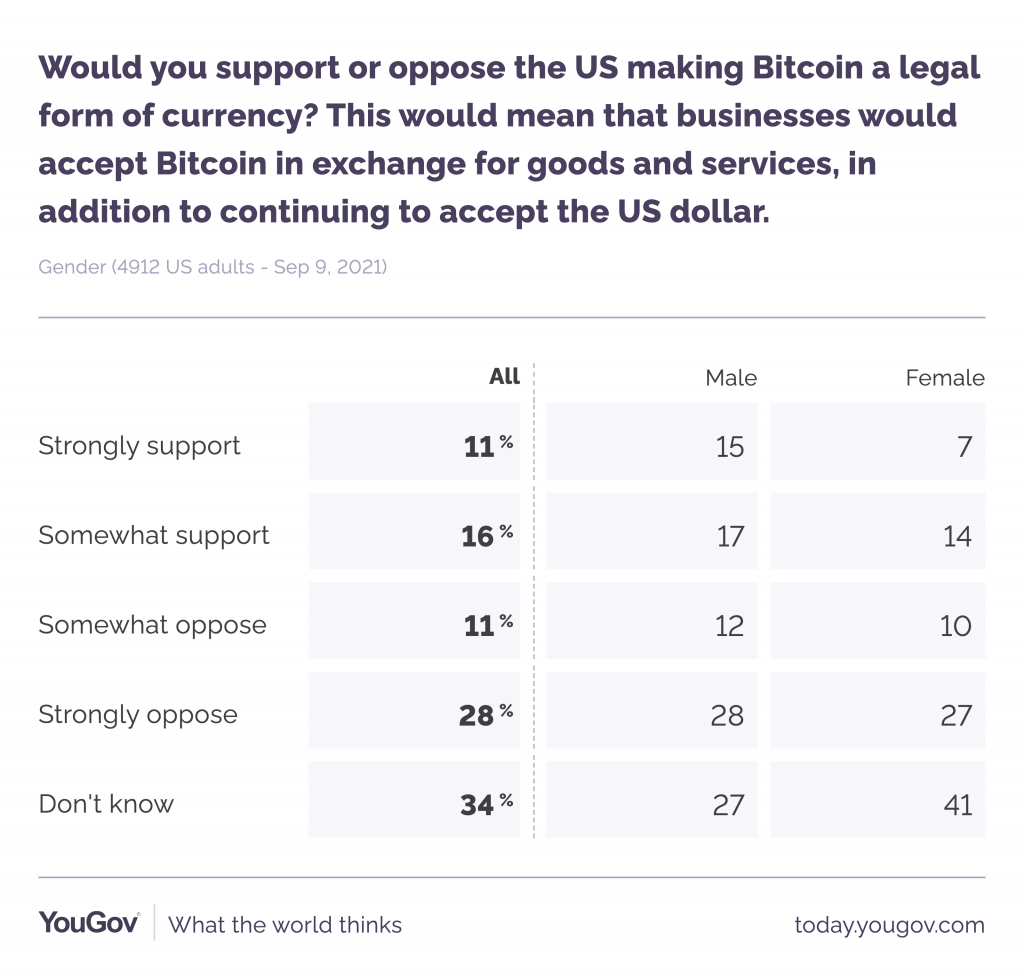 The poll also took political position into consideration and the findings indicated that the Democratic respondents were more likely to support Bitcoin than Republicans. According to the findings, 29% of Democrats would support cryptocurrency as legal tender compared to only 26% of Republican supporters.

Further details, the results indicated what age group would support Bitcoin. According to the survey, those in the younger generation tend to lean towards accepting cryptocurrency compared to older generations. 44% of respondents between 25 to 34 would support Bitcoin as legal tender. On the other hand, 43% of those older than 55 would be against the idea.

From a financial and economic well0being perspective, the findings of the survey indicated that those who earn more (over $80,000 annually) were double as likely to support Bitcoin with 21% of respondents saying yes compared to those who earn less than $40,000 – with only 11% showing support for the cryptocurrency adoption. In contrast, 41% of those earning under $40,000 voted that they’d oppose the adoption of Bitcoin.

Other countries looking to Bitcoin as legal currency

The results of the poll came following the recent news of El Salvadore’s law that passed Bitcoin in as legal tender. The law itself came as controversial in the country, with citizens concerned about how Bitcoin adoption might rock the economy. While the Bitcoin community showed support, almost 70% of Salvadorans were against the law as it was passed.

As reported, Ukraine stands as the next country to consider adding Bitcoin to its legal tender. Currently, no legislation has been passed in the region yet, but the ministry has announced that it will be testing and trialling regulations of the digital currency in the country, although no timeline has been specified. According to Anastasia Bratko, a member of the Ministry of Digital Transformation:

“Ukrainians will also be able to declare their income in virtual assets. [And it will] guarantees judicial protection of the rights to virtual asset owners.”

As reported by CityAM, Ukraine might be the ideal fit for Bitcoin adoption and a successful pilot of dual-currencies with Bitcoin and the Ukrainian hryvnia might lead to further adoption across the world. As more countries on-board the cryptocurrency as a legal payments method for businesses and organisations, the global economy might start seeing a rapid shift towards the legal and regulated inclusion of blockchain-based currency.