What lessons can we learn from Africa when taking cryptocurrency global? 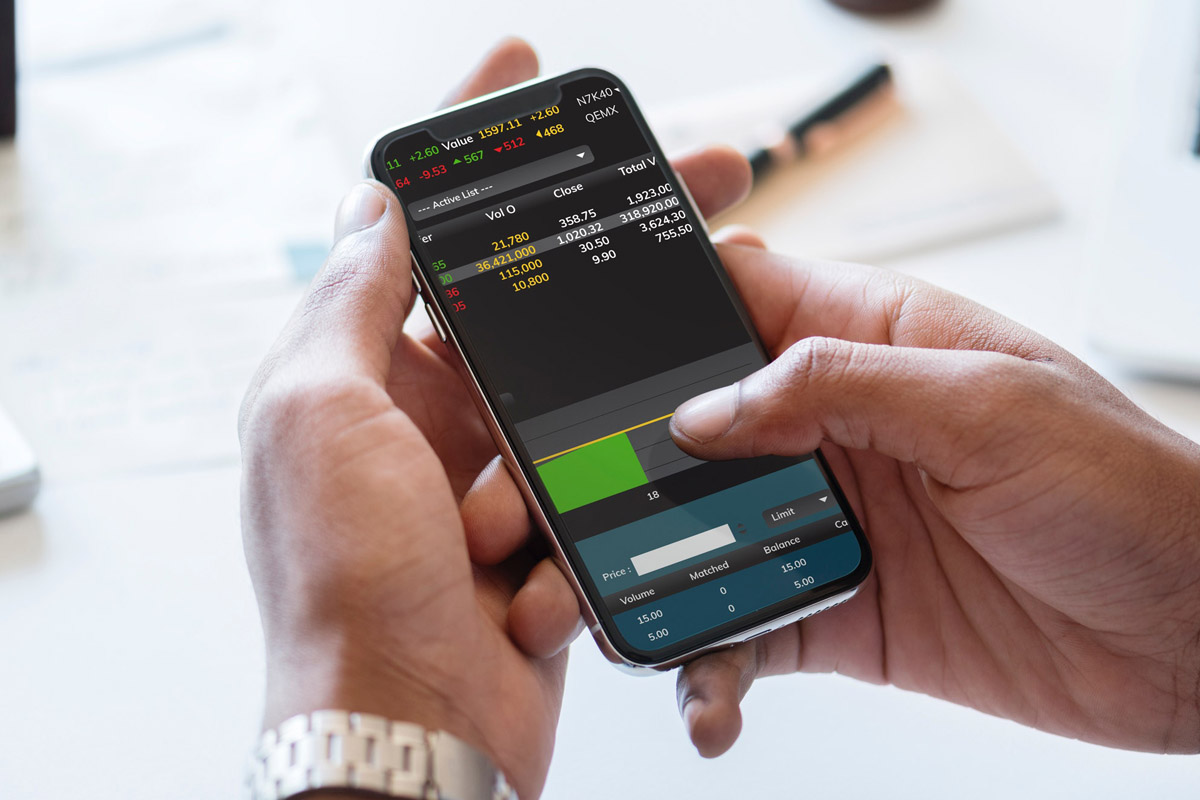 The start of the 21st century tells a tale of a world that finds its feet in connection and versatility; a story that is powered by the emergence of the internet, that finds its theme in disruption, and binds together people around the globe in both a physical and literal web of information.

As access to the internet has proliferated around the globe to touch billions of users, so too has the ‘dash from cash’ occurred; a pivot which has seen enterprises won and lost in the blink of an eye thanks to the success – or failure – of their ability to adapt to new paradigms and win consumers ready to transact in a digital age.

For the most part, both worlds old and new have led this development – relying on infrastructural capabilities and talents to reposition business offerings through the web, where customers have been able to access their finances online.

Similarly, customers have been able to access the internet freely through the rapid rise of the consumer electronics industry and, accordingly, various device types.

Yet, in Africa, an alternative focus has emerged which could prove not only a leading light in bringing internet connectivity and financial services to the next billion people to come online, but might further shape how cryptocurrency might well be adopted by the broader public in the months and years to come.

Africa’s financial services landscape is one determined by mobile money; where typically such services are operated by mobile networks and can include payments, current accounts, savings, loans, investments, and insurance.

Yet, in the last decade, mobile money has also introduced new players to the market – including the likes of financial technology (fintech) startups and even big banks alike.

Consider here the success of these offerings – it is estimated that over 100 million active mobile money accounts exist and are used by African consumers today, meaning that at least one in ten consumers is ‘banked’.

The challenge and triumph here is one that successfully crosses the digital divide – the separation between those who are able to connect to the internet, and those who are not – as well as political, geographic, and social challenges that permeate several African markets.

The key principle behind mobile money – and, more broadly, access to finance through the internet – offers African consumers with the ability to send and receive money both quickly and securely. Does that promise sound familiar?

While mobile money may carry its use in centralization and ease-of-use, what lessons can African markets teach us in ensuring that cryptocurrency and blockchain technology is both proliferated, trusted, and perhaps most vital of all – easy to use?

The success of mobile money has resulted in mobile networks driving customer registration as opposed to bank-driven infrastructure. We see this play out thanks to three different mechanisms; ubiquity, customer reach, and successful user-interfaces.

While banks might certainly underpin the financial instruments and mechanisms used by mobile money platforms, it is ironically network operators who have lead the charge in bringing such platforms to consumers in the first place.

Research by McKinsey highlights that in some cases, network-led mobile money offerings have surpassed bank-led efforts tenfold thanks to the applicability of distribution networks and their vast consumer reach.

Integration with hardware manufacturers and private deals mean that African telecommunications and network providers have often surpassed banks in terms of customer registrations. Pan-African networks such as MTN treasure some 171 million customers, while pan-African banks usually hold a small 15 million users in comparison.

The message here is clear – integration with hardware manufacturers and distribution networks is key to proliferate easy access to cryptocurrency. The opportunity, similarly, is crystallized – networks do not rely on banks to succeed with their mobile money offerings – instead, they only rely on banks to function.

Cryptocurrency networks, then, have a two-fold challenge in learning a lesson from African markets – the first is to ensure that decentralized networks themselves are capable of handling not just millions, but billions of users. The second, and equally arduous challenge, requires initiatives to create…

There is seldom an exchange wallet, or cryptocurrency-focussed app that hits the market without the claim that it includes a ‘breathtaking user interface’ – but while gorgeous fund-tracking services might exist in their multitudes, it’s hard to forget that managing and securing cryptocurrencies requires technical knowledge that might well be outside of the scope of the semi-literate or elderly.

To phrase the matter simply, if money can’t be used by everyone, it’s not valuable to everyone – and this is a lesson that has been understood and applied well in African markets.

Further, simple on-boarding procedures capture new customers and integrate them into new offerings, while in some cases design references to either USSD channels or popular mobile messaging applications create trust between a service and a user.

While the definitive user interface for a cryptocurrency service or wallet might not yet exist, time is of the essence. It is expected that the number of smartphone users globally will increase to 5.6 billion by 2019, and the emergence of NFC (near-field communications) chipsets in smartphones threatens to proliferate tap-to-pay offerings cultivated by major hardware platforms and banks.

Arguably, the toughest task that falls into the laps of cryptocurrency projects isn’t always in the hands of developers, strategists, or token advisors – but instead is simply in the hands of consumers around the world who are tasked with either adopting or eschewing new offerings.

One of the key drivers behind the popularity of mobile is, in fact, not its use for merchant payments, international remittance, or even bill payment – rather, mobile money has become successful in the first instance due to the fact that it has been adopted as a primary means of person-to-person transfer.

What does this mean for cryptocurrency? While blockchain technology has other potential applications beyond financial management, a key lesson is clear – mobile money platforms first succeded as a means of transaction between market participants, and only then diversified into becoming units of account for bill payments, airtime purchases, and groceries alike.

For cryptocurrency to succeed in Africa and beyond, it is thus clear that several development priorities are necessary – put simply, a means of exchange must be developed to be both fully fungible and speedily transferred.

While the ‘first world’ might lead the development of cryptocurrency and blockchain technology, the discourse that underpins Satoshi Nakamoto’s Bitcoin white paper will not be complete until users all around the world – regardless of their location or origin – are able to securely transact through a decentralized network.

For that to happen, developers, strategists, and cryptocurrency enthusiasts alike will need to consider what markets at the ‘bottom end’ of the food chain can teach those on the top, lest all cryptocurrency reinforces is the same fair distribution problem that has bisected the world both from West to East, and again from North to South.

There is hope, however, that we can learn the lessons of where both cryptocurrency and central banking fails and succeeds, and apply that learning to ensure that people around the world at large are able to transact both swiftly and securely.

In discourse, one might consider the Hegelian Dialectic – proposed by Heinrich Moritz Chalybäus – which proposes that history is cyclical and formed by ideas. Those ideas, in turn, are constituted by a thesis (a central belief or premise) and an antithesis (an according reaction, or inverse premise) that over time yield a synthesis – an optimal outcome that eliminates the weaknesses of both propositions and outlines a cohesive concept.

With the use of mobile money in Africa and the use of cryptocurrency globally, we can see a dialectic play out with enormous potential for all; a realm of interconnected people with the ability to rapidly exchange money as an expression of value, leaving behind both centrality and censorship.

As we have seen the benefits of mobile money in Africa, so too might we see the expansion of cryptocurrency and digital assets across the region and beyond. The key challenge remains, then, for cryptocurrency projects to be underpinned by hardware that supports the secure storage of digital assets, to have developed a robust response to scaling concerns, and to develop clear and user-friendly interfaces wherein customers can easily manage their funds in a fully-fungible monetary system.