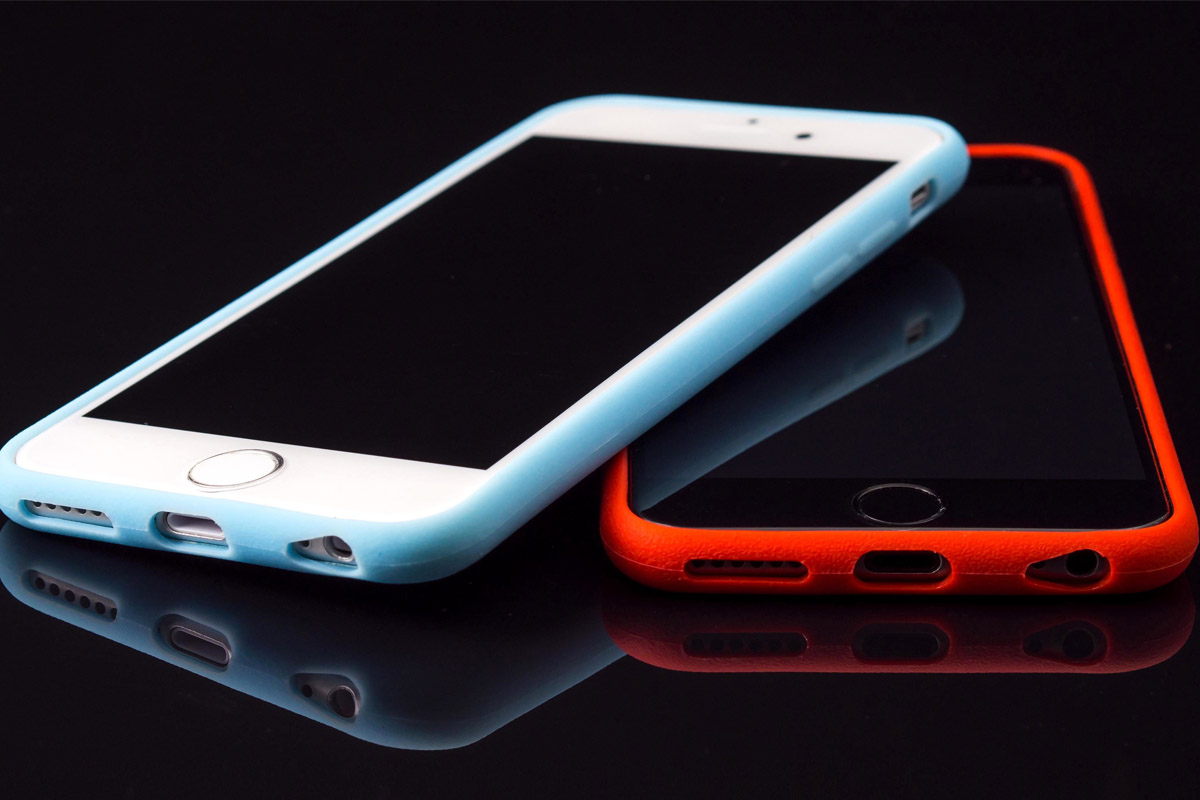 In regions such as Africa and beyond, internet landscapes are mobile-first, desktop later – and while that might be an important paradigm to consider when creating a website or digital media, it further creates a problem for decentralized currency initiatives seeking both to enroll new users and secure a widespread, decentralized, and versatile network of miners and nodes.

For cryptocurrency and blockchain networks, success in developing countries is paramount. While avid investors might fear the impending ‘centralization’ of certain projects through certain commercial groups or interests, there simply cannot be a functioning, decentralized economy operated through the internet if access to that network is inherently prescriptive.

While the introduction of proof-of-stake mechanics might resolve the conundrum of ‘traditional’ cryptocurrency mining – which involves excessive energy use and stringent processing requirements that might prove burdensome in emerging markets – another alternative might be present in the form of mobile mining.

Firstly, what is mobile mining?

Though each digital currency project enjoys its own constituition, blockchains are essentially a distributed, open ledger present on computers (nodes) around the world. Blockchains are constituted by “blocks”, which are strings of numerous transactions linked together in a literal ‘chain’.

Miners bear the responsibility of verifying transactions in a blockchain. This is done by applying a complex mathematical formula to information present in each block that generates a shorter sequence of letters that is referred to as a ‘hash’.

A hash is, in essence, a seal of verification that is applied to blocks of transactions at a specific time. Represented as a random string of letters and numbers, a hash is composed of information contained within the block as well as the hash of the previous block in the chain.

Miners leverage complex computer systems with special software to verify blocks of transactions. By creating a ‘correct’ hash sequence, each block becomes sealed off and the miner responsible for verifying transactions is rewarded with an allocation of a particular cryptocurrency.

Traditionally, miners leverage extraordinarily powerful computers by way of powerful graphics processing units (GPUs), or instead purchase high-end ‘rigs’ called ASICs to mine a cryptocurrency of their choice.

While this effect ensures market participants work towards the betterment of a network, the high costs attached to purchasing and maintaining mining rigs have triggered fears that mining ‘pools’, companies, or even wealthy users could over time acquire a series of rigs that, together, could dominate a network’s hash rate through sheer processing power.

Mobile mining employs a smartphone’s central processing unit to facilitate the same actions as a desktop GPU or ASIC. While certain high-end smartphones are certainly available, the central thesis of mobile mining proposes that a distributed web of far more common smartphones (versus desktop mining rigs) could promote access to a vast, untapped amount of processing power as well as ensure the ‘democracy’ and delegation of mining tasks given the sheer number of mobile devices in use around the world.

The benefits of mobile mining

Mobile mining – beyond bringing a sense of ‘democracy’ to cryptocurrency users around the globe – might serve to extend both interest in and the use of digital currencies to developing economies around the world.

By enticing new market participants and miners, mobile mining might be a solution wherein digital currency projects can expand networks and users – with attractive incentives offering the potential to break the threat of a 51% attack or at least mitigate the potential of a mining pool to influence the development of a protocol or network through its hashing power.

The use of mobile mining may further add direct liquidity to cryptocurrency projects. Where some of the success of mobile money in Africa has been found, so too could cryptocurrency users embrace digital currencies as a means of transfer between parties rather than simply serve as a digital store of value.

In economies where ‘traditional’ cryptocurrency mining may be more feasible or accessible, mobile mining may extend the interest and utility of cryptocurrencies to thousands – if not millions – of users leveraging smartphones as their point of entry to the internet.

By delegating mining activity across networks of smartphones as well as commercial mining rigs themselves, cryptocurrency initiatives may well be able to rapidly scale the adoption and use-cases of various digital currencies through integration with direct cold or hot wallets on future mobile devices themselves.

In all of these cases, the benefits of mobile mining equate to a richer, and more inclusive environment for cryptocurrency users as well as offering the potential for a distributed, decentralized, and more secure world economy.

Several new cryptocurrency projects have announced their intent to use mobile mining – specifically, Electroneum has similarly made use of both traditional and (simulated) mobile mining.

Phoneum has embraced mobile mining through the development of a proprietary algorithm that identifies mobile devices and mining rigs alike, enabling the network to exclusively function as a mobile-only blockchain platform. Specifically, Phoneum leverages both proof of work and proof of time protocols alongside a proof of sale network to fairly distribute hashing power across a ‘flatarchy’.

MobileCoin instead uses Stellar’s Consensus Protocol to control a ‘federated’ system of peer to peer transactions across a distributed ledger. Chiefly, MobileCoin network nodes are not privy to user’s funds nor transaction histories, despite processing high-throughput low-latency transactions which mobile devices are incapable of. In this regard, mobile devices and ‘desktop’ nodes fulfill different functions on a network.

Electroneum is a more recent cryptocurrency project that has promoted its use of simulated mobile mining. In lieu of mobile hardware actually being used to verify transactions, the Electroneum network instead awards ETN tokens to ‘miners’ based on a calculation of their processor’s hashing power. While the solution does not explicitly perform the purpose of physical mobile mining, the concept does provide smartphone users with a means to participate in a decentralized economy without needing to expend superfluous processing power or mobile data to transact nor ‘mine’.

While mobile mining as a concept might promote a significant and accessible future for cryptocurrency, the promise offered by a decentralized and distributed web of worldwide users might fall short in current market conditions.

Principally, key difficulties facing the introduction of mobile mining include not only the means to scale or weight the input of both mobile devices and ‘traditional’ mining rigs such as ASICs, but further involve developing sufficient network delegation as well as ensuring that projects promoting the viability of mobile mining possess sufficient liquidity in the first place.

A difficulty navigated by both Phoneum and MobileCoin extrapolates the immediate dilemma facing mobile mining – whereas Phoneum employs a ‘mobile only’ network, MobileCoin’s use of federated nodes segregates the utility of mobile devices and desktop nodes entirely.

The underlying philosophy of both these projects principally outlines a segregated environment wherein desktop and mobile miners cannot meaningfully co-exist. In the case of Electroneum, this problem is further exacerbated by the fact that mobile miners only assist in proof-of-work processing by proxy, and do not directly assist in verifying new transactions or otherwise maintaining the integrity of a distributed ledger.

The issue extends to the fact that neither of the three initiatives bears sufficient market liquidity to meaningfully compete against established digital currencies – while neither Phoneum or MobileCoin have officially launched, Electroneum bears a slim market cap of $156,846,653 USD next to major initiatives such as Bitcoin

What needs to happen for mobile mining to go mainstream?

Fundamentally, one of two outcomes are necessary for mobile mining to become a sustainable and worthwhile entry into proof-of-work mining.

The first would involve the development of a distributed ledger and decentralized network that could appropriate processing power from either ‘traditional’ mining rigs and mobile devices proportionately, and delegate specific tasks to either subset of active miners on that particular network – an idea which we can see play out on Phoneum. In an economy of sharing, different device types would intrinsically be required to leverage their unique properties to contribute to different activities on a network, rather than having both achieve the same goal.

The second outcome might see smartphones themselves repurposed for mining operations, rather than simply serve in isolation. As Samsung recently demonstrated by re-purposing 40 Galaxy S5 smartphones into a Bitcoin mining rig, mobile processors and other components consisting of precious metals might be effectively repurposed in a new economy that could both minimise digital waste as well as empower emerging markets to contribute to the maintenance and development of distributed ledger technology without the vast majority of the cost that makes ‘traditional’ mining rigs prohibitive in the first instance.

Ultimately, the emergence of blockchain technology and proof-of-work mechanics on distributed networks has ensured that processing power has become the bread-and-butter factor that will empower the decentralized economies of the future.

In that instance, the potential offered by mobile devices – and their proliferation across the world – is one that cannot be ignored for long.