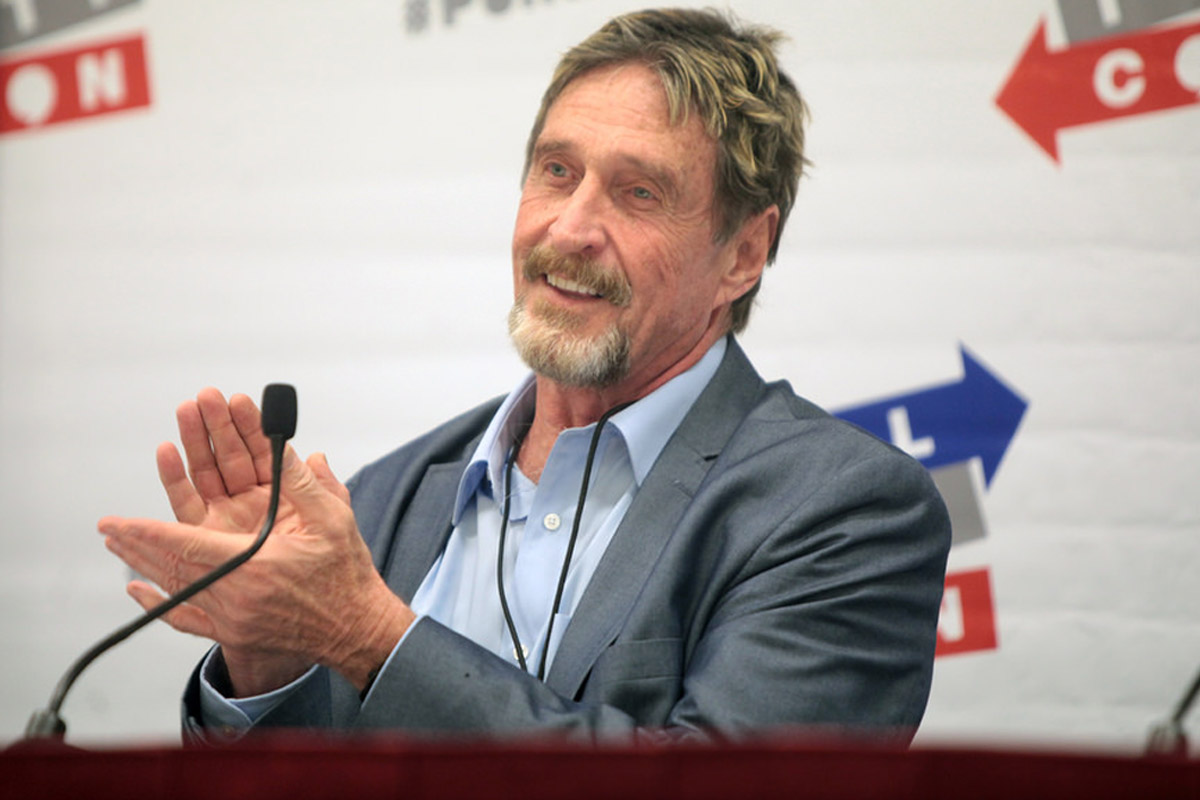 McAfee AntiVirus founder John McAfee has announced his own exile from the United States along with members of the McAfee 2020 Campaign in a video declaration on Twitter.

McAfee is now running his presidential election, dubbed the McAfee 2020 Campaign, from a boat in international waters in order to avoid criminal charges which have been laid against him. McAfee, free from the United States Internal Revenue Service (IRS) jurisdiction at open sea, is attempting to flee the charges along with his wife and other four of his campaign workers.

The McAfee 2020 Campaign is, as of this day, in exile. I am being charged with using Crypto Cuttencies in criminal acts against the U. S. Government. More videos coming shortly. Stay tuned. pic.twitter.com/C75zcbnKTD

In the video, McAfee explains that he has been saying for years that “ cryptocurrencies will at some point come head-t0-head with governments” and that because “governments will no longer be able to collect income taxes” when privacy coins are widely adopted. McAfee openly states that he has not filed for taxes for eight years and that he has no intention of paying the IRS any tax money. McAfee has also blatantly discussed his plans to hide from the IRS:

“I am a flight risk. Obviously, I am in flight.”

Furthermore, McAfee promises to put out videos every day from his boat in order to keep his followers updated on the campaign and his life in exile. As it stands, he has kept to his promise and has been posting about the events on the “Freedom Boat“:

McAfee announced his intention to run for US president in June last year but the controversial businessman claims to have no interest in actually becoming president, making his slogan for his campaign in November: “Don’t vote for John McAfee”.