HTC’s Exodus: Is this the beginning of a blockchain smartphone revolution? 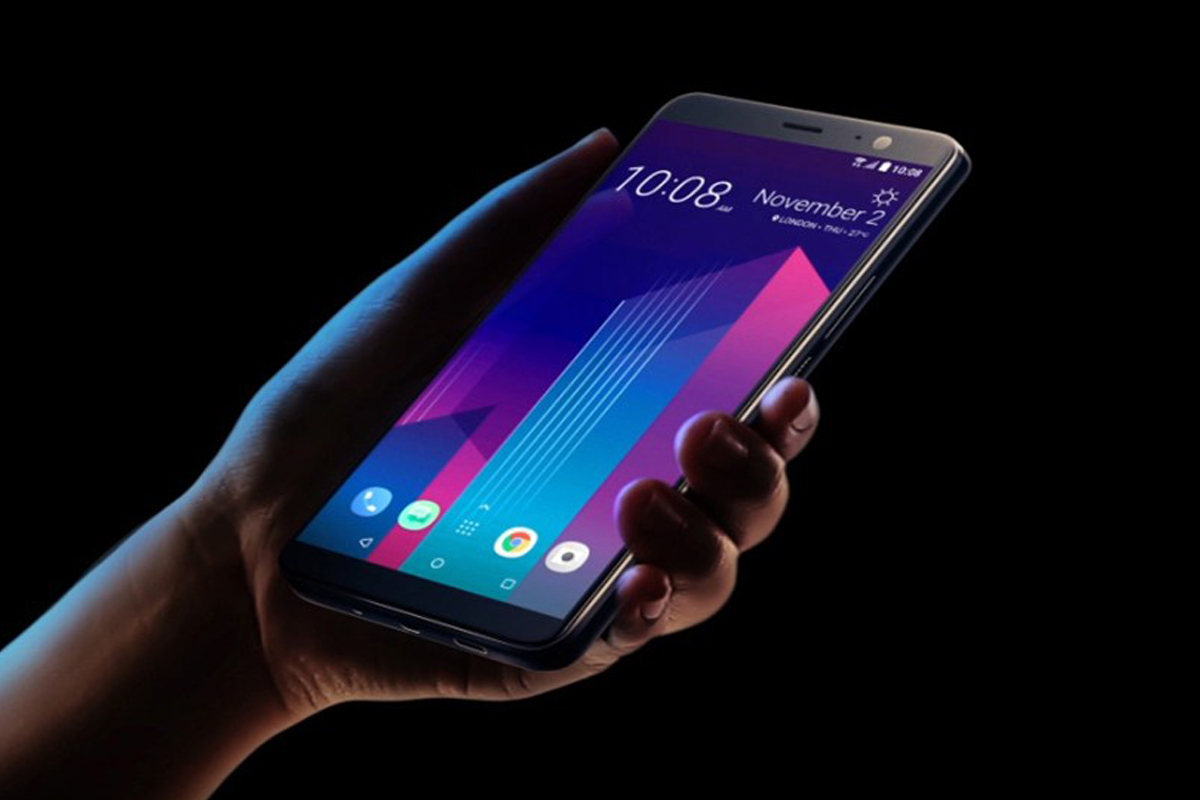 Earlier this year, Taiwanese smartphone manufacturer HTC set tongues wagging for the fact that it would be the first ‘traditional’ smartphone manufacturer to debut a smartphone with a wallet interface for various cryptocurrencies At a time when Sirin Labs’ FINNEY smartphone and line of connected devices had recently concluded an immense ICO, the arrival of HTC’s blockchain-driven smartphone (ironically named the Exodus 1) seemed like a clear signal that cryptocurrency and the world of consumer electronics had begun to intersect.

While the likes of Ledger and Trezor have cemented themselves as recognizable hardware brands in the blockchain space and enormous technology giants such as TSMC had surfed profit waves during the height of the bull market, we’ve arguably yet to see many established technology companies take a leap into developing products aimed at cryptocurrency users and enthusiasts.

What remains quite clear, however, is that the continued adoption of various cryptocurrencies for real-world use will require a hardware revolution. If we’re serious about promoting Bitcoin as a worldwide monetary system, we’ll also need an easier interface to carry our digital wallets with us and make transactions in the same way we might consider using mobile payment standards such as Apple Pay.

Does the Exodus, then, mark the beginning of established mobile players developing smartphones with support for cryptocurrency wallets from the get-go? What hardware trends could we see emerge from here? And, perhaps most importantly, is HTC ready to carry the charge into battle?

What makes the Exodus significant?

Not only is the Exodus a ‘blockchain smartphone’ in the sense that it can accommodate onboard cold-wallet storage, but the device itself has also been punted as the firm’s first foothold in the digital payments space.

But let’s start right at the beginning. The Exodus itself is usable as is every other Android smartphone in its price bracket (and we’ll touch on that in a moment).

The device itself runs on Android 8.1 Oreo (not the latest Android 9 Pie) and is powered by a Qualcomm Snapdragon 845 chipset, bears 6GB of RAM, and has two cameras in the form of a dual 12-megapixel and 16-megapixel snapper. For those who don’t fancy numbers or specs, that slots the device in the same marketspace as more recognizable contenders such as Samsung’s Galaxy S9 or Apple’s iPhone 8s (or the XR).

The Exodus relies on a ‘Secure Enclave’ – that is, an isolated hardware component – that will serve as a cold wallet storage solution that will carry all major cryptocurrencies as well cater for dApp support. The company has punted that the device will enable bag holders to retain control of their keys and that the device will enable users to make tap-and-go payments when on the move.

The handset will offer a new feature dubbed Social Key Recovery, which will only enable users to recover their funds through a unique key established when setting up their device. In the event they misplace their phone, users would need to recover their keys prior to spending any cryptocurrencies stored within.

More broadly, the device has also been tipped as HTC’s foothold in a decentralized ecosystem and could be the first stepping stone to the development of other decentralized applications and products across various devices.

Notably, the device will also arrive with a CrypotKitties dApp installed on arrival. The app, which will reportedly release only to US consumers in mobile app form – will enable users to create, breed, and sell digital cats on Ethereum. The digital cats, structured as ERC721 tokens, were single-handedly responsible for causing massive congestion on Ethereum’s network at the tail end of last year.

The good news is that the Exodus can be pre-ordered not in fiat currency, but with cryptocurrency – those looking to pick up the device early can purchase a unit for either 0.15 BTC, or for 4.78 ETH. 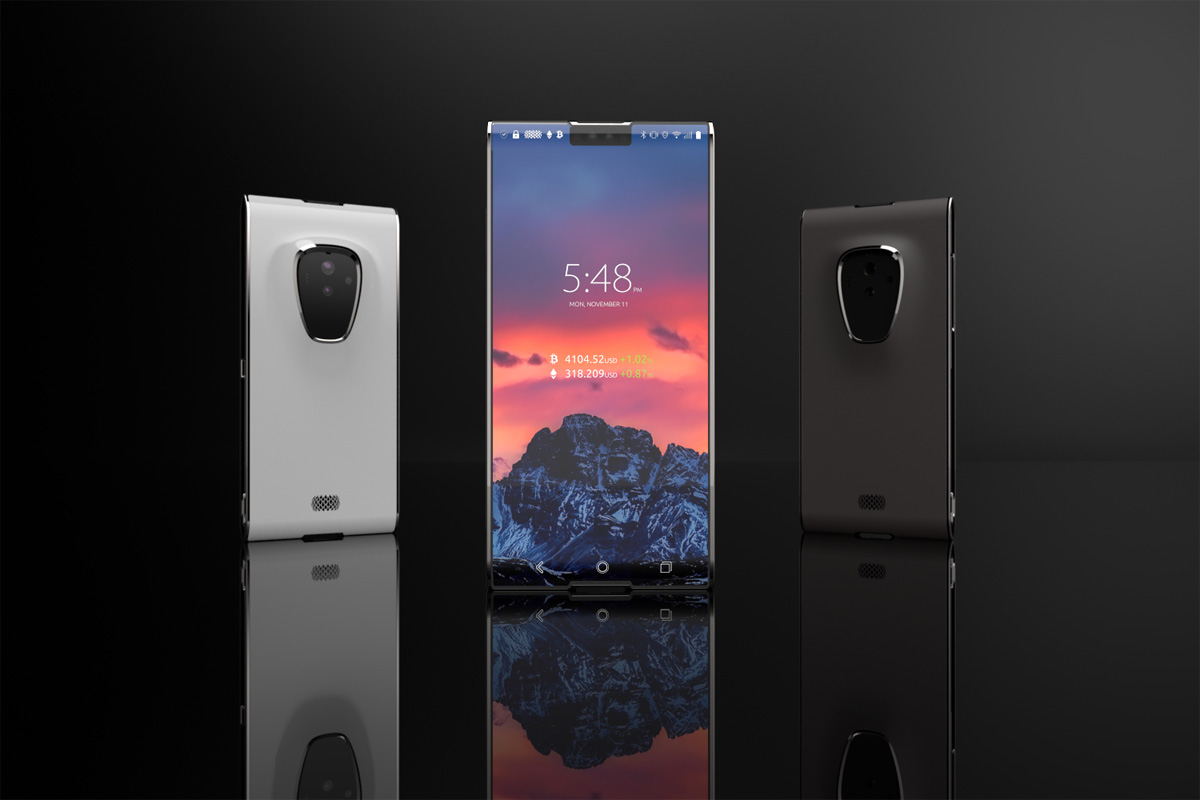 What other blockchain smartphones have been made?

Sirin Labs might be most recognizable to cryptocurrency enthusiasts for the fact that the firm has committed to producing the FINNEY, a blockchain smartphone (and later, a line of connected products) funded through an ICO. Earlier this year, the firm officially concluded its fundraiser, which raised a staggering $110 million USD.

The handset, named in honor of Hal Finney, is slated as the first smartphone secure enough to house cryptographic coins. Sirin Labs claims that an ecosystem of products (including an all-in-one PC) will form an independent Blockchain network powered by IOTA’s Tangle technology.

Dubbed the CoinPhone Lite, CoinPhone Pro, and CoinPhone Pro Note, each device arrives with pre-installed CoinPlace wallets coupled with an integrated NFC chipset compatible with both CoinPlace and Google Pay.

Each smartphone is equipped with a cold wallet, as well as a fingerprint scanner and facial recognition sensor for quick payment verification.

Other technology giants have stirred to digital payments as well – Chinese giant Huawei (which, as yet, as not revealed a gestalt blockchain-driven smartphone) has offered to pre-install Bitcoin wallets aboard all its devices.

At the time, Huawei’s Vice-President told Bloomberg that it the addition of Bitcoin wallets represented “a good opportunity to tap into the Chinese market,” and that the “use of cashless payments with apps is very big and the traditional banking system is lacking, so there’s a good use case for crypto payments to grow there.”

So, is HTC up to the challenge?

It’s no secret that HTC – which once was on top of the smartphone world as one of the early champions of Android – has endured a long and difficult fall from grace.

HTC was perhaps most prolific for its line of One smartphones, and rivaled the likes of Apple when the latter company forged ahead with its early iPhone models. HTC has slowly faded into relative obscurity since in global markets, though the brand continues to produce its own line of Android smartphones.

The company has thrived thanks to beneficial partnerships with Google, where it first produced a number of Nexus smartphones produced in concert with the search giant, and later sold off the team that developed the Google Pixel to the company as well.

HTC today, however, is a ship left adrift – with no clear or discernable advantage or brand recall to tackle the world’s now-established elite comprising the likes of Apple, Huawei, and Samsung, the firm now needs a clear marketing strategy to develop recognized products. By tackling the blockchain space, the firm might just be able to find a new home with cryptocurrency enthusiasts and a marketplace brimming with bright ideas and the potential to ferry thousands of payments across various marketplaces and projects.

The Exodus, in that sense, might not only be a first step in facilitating payments, but might mark the beginning of a decentralized ecosystem as well.

What could the future hold?

If we look to the example of Africa, the development of mobile money has far surpassed that of bank-led fiat currency due to the fact mobile network operators were able to integrate with hardware manufacturers and distribution networks far more easily compared to their traditional counterparts.

Where African banks might certainly underpin the financial instruments and mechanisms used by mobile money platforms, it is ironically network operators who have lead the charge in bringing such platforms to consumers in the first place.

In much the same way, it may be up to hardware manufacturers to proliferate cryptocurrency as a payment standard and establish real-world transactions for goods and services.

There can be no cryptocurrency revolution without a simple way to transact – and the emergence of ‘blockchain smartphones’, such as the Exodus, might be the first stepping stone to expanding cryptocurrency payments around the globe.

As new manufacturers begin to show interest, we may one day not only find ourselves reliant on third-party mobile wallets, but we may further be able to securely transact over decentralized networks through trusting our own devices as easily as we might do when using mobile money or a payment standard such as Apple Pay or its competitors.

What perhaps will be most interesting, however, is whether mobile devices will step up to serve as our digital wallets, or whether we might turn to newer or cryptocurrency-specific devices (such as the Ledger and Trezor wallets many investors use presently) to sign off on transactions.

While we might not yet see a definitive standard emerge, the introduction of blockchain smartphones might serve as a significant milestone as we begin to expand the use-cases and adoption of various cryptocurrencies around the world.