How to mine cryptocurrencies: What you need to know 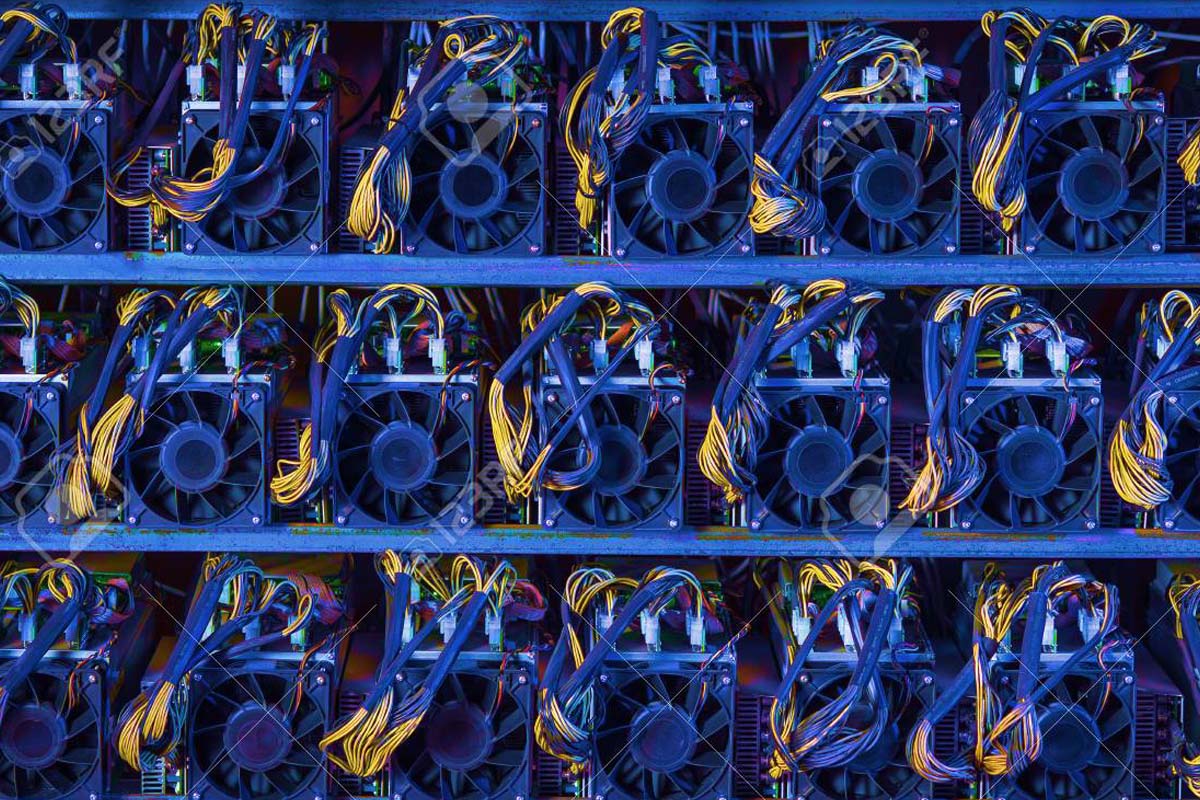 So you want to try your hand at minting crypto tokens.

If you’re in this for the profits, stop right now. Unless you’re willing to risk a lot of money and swim with the big fish, you need to first resign yourself to the possibility that you might not even make back what you paid for your mining hardware.

Why would you want to mine then? That’s a question you’ll have to answer for yourself. Perhaps you want to gain a better understanding of how mining works—there is no better way than by doing. Or maybe you feel buying a GPU miner is a lower risk entry into cryptocurrencies than simply dropping the $4,000 to $7,000 on tokens—you can always sell the graphics cards if everything goes to zero.

“Mining” in the context of cryptocurrencies usually refers to offering your computer resources to help verify transactions in a distributed ledger.

In a system based on a proof-of-work algorithm like Bitcoin Ethereum, and Zcash, computers solve difficult mathematical problems designed to require them to guess answers until they find the right one.

This is usually through a hashing function of some kind, with the algorithm specifying what solutions should look like to be valid. The speed with which your mining rig is able to calculate solutions is therefore often measured in hashes per second.

Different distributed ledgers may use the same hashing algorithm. Ethereum and Ethereum classic use Ethash, while Zcash and Bitcoin Private use Equihash.

Before you can begin mining, you have to decide which coin, or coins you want to look into. This will help you decide what kind of hardware to buy and potentially eliminate certain components if you are electing to build a GPU mining machine.

The coins you select will generally determine whether you need to look at mining with graphics cards, or an application-specific integrated circuit (ASIC).

Bitmain is a major supplier of ASIC hardware. While it does have competitors in companies like Baikal, Taimine, Bitfury, Ebang, and Canaan, the Antminer hardware from Bitmain is always in high demand.

Antminers are typically released in batches, with the company taking a set number of orders at certain times on the day of release to give all timezones a chance to order units.

If you want to mine Bitcoin, Litecoin, or Dash, you have to buy an ASIC-based machine to stand any chance of making a profit.

Algorithms like Equihash and Ethash, as well as the CryptoNight used by Monero were designed to be ASIC resistant. However, Bitmain has released specialised hardware for these algorithms, causing an uproar in their respective communities.

Monero’s community responded by voting for a change to CryptoNight that would ensure it remains resistant to Bitmain’s ASICs.

Before buying an ASIC, ensure you are up-to-date on all the technical, political, and principle discussions happening around the coin you plan on mining with it.

This advice applies to any kind of mining rig, but if a coin like Monero forks to maintain ASIC resistance and you’ve bought an Antminer X3, there is nothing you can do with it other than try and mine other CryptoNight coins which have not forked.

At least with a GPU rig, if everything goes wrong you can still build sweet gaming machines from the graphics cards. 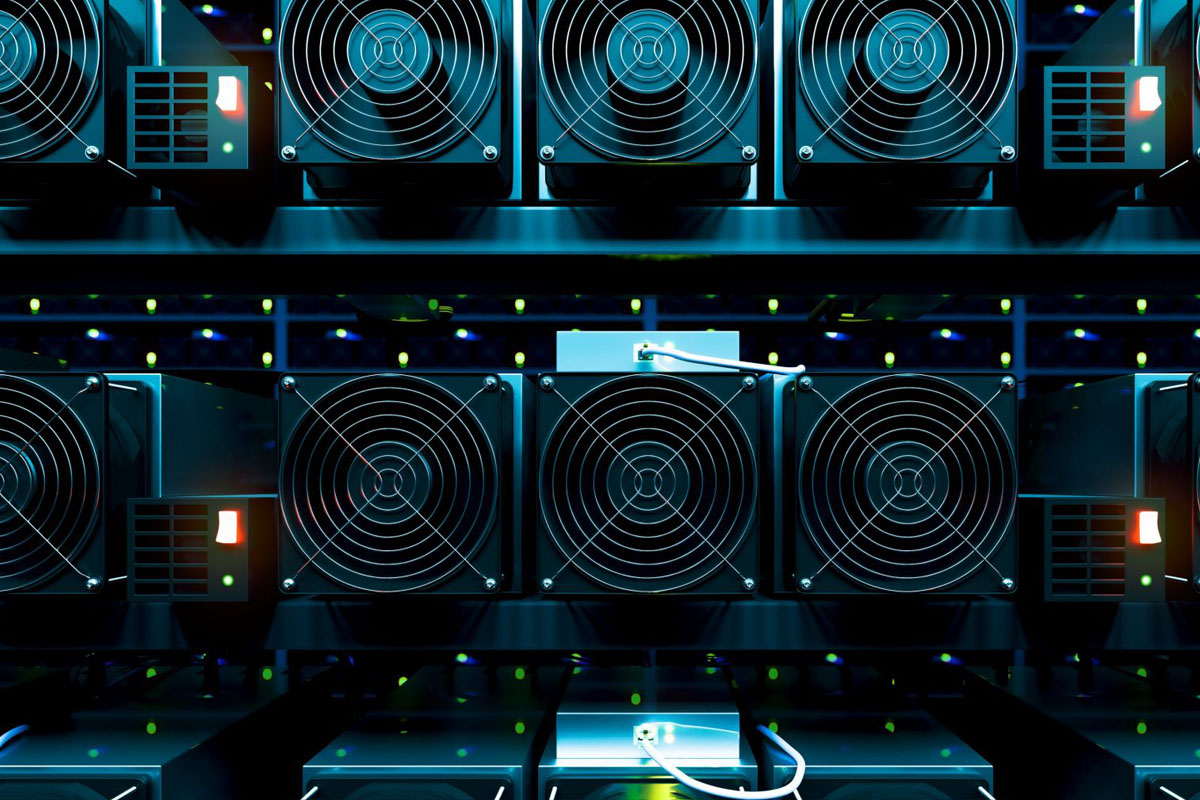 If you have decided to get a GPU-based mining rig, the fun is only starting.

Here, a website like WhatToMine can be handy to get a general idea of what a graphics card might be capable of, though you should not accept its results as gospel. The hashes per second values it has on file for graphics cards running particular algorithms are no longer current.

A general guideline you can work according to is that Nvidia graphics cards tend to offer better speed and greater energy efficiency, but are more expensive than AMD cards. As a result of their lower cost, AMD cards tend to offer faster return on investment and are popular among miners.

There are exceptions to this principle, especially with respect to the Nvidia GTX 1080 cards, which are not great for mining on the Ethereum network.

However, Nvidia used GDDR5X memory on the GTX 1080, and because of the way it is implemented mining software can only use half of the available bandwidth at a time. A tool released a few weeks ago called “OhGodAnETHlargementPill” appears to fix this problem. Its source code is not available, so use it at your own risk.

Now that you’ve decided which graphics cards to buy, and whether to try and build the rig yourself or have someone else put it together for you, it’s time to choose your software stack.

If you plan on mining ether, you should look at Claymore’s excellent dual miner. I’ve found that it delivers higher hashrates, though other miners say they achieve equivalent speeds using the standard ethminer tool.

With Claymore you also have the option of sacrificing a few megahashes of Ethereum mining power to mine another alt-coin like Decred, Siacoin, LBRY, and PascalCoin.

If you want to try mining Equihash-based tokens, you can use Claymore’s miner for AMD cards, or dstm’s miner for Nvidia cards.

For mining Monero there is information on xmr-stak.com regarding the kind of performance you can expect from certain graphics cards. Mining tools that have been updated to Monero’s new CryptoNightV7 algorithm include XMRig, Cast XMR, and xmr-stak.

Once you have selected your mining software, you should select a mining pool. Trying to mine solo unless you control significant hashing power will not be profitable.

Here I can only recommend what I’ve tried. Ethermine has been an excellent mining pool for Ethereum, while Suprnova has worked well for other coins I’ve wanted to try.

If you would like to cover your software and pool selection together, you can consider multi-algorithm pools. These pools allow you to automatically switch between algorithms depending on which is most profitable at any given time.

The simplest of these to set up is Nicehash.

Nicehash works differently from standard mining because you aren’t mining a particular coin and then selling it for profit. Instead you become part of Nicehash’s distributed pool of miners which people can buy access to. You are then paid in bitcoin to mine a particular algorithm on behalf of a buyer.

It offers its own software and collection of tools which allows you to benchmark many different algorithms and mining tools from several developers, and then automatically selects the best one.

While Nicehash was the victim of a hack at the end of last year which saw its security breached and the content of its wallet stolen, the company has promised its clients that it will repay all lost funds. To-date it has repaid 35% of the funds stolen.

If you would like to try Nicehash, it is possible to configure it to make payments to an external Bitcoin wallet so that any risk to your earnings is minimal.

Before spending money on a mining rig, ensure that you know what you’re letting yourself in for.

Mining hardware uses a large amount of electricity and can significantly increase your utility bill, depending on how much you are charged per kilowatt-hour.

To break even you will therefore have to cover your running costs (electricity) and still make a decent profit to put towards paying off your new rig.

Certain power supplies can also be very noisy. In a small home this can be quite disruptive. As an alternative you may wish to consider is a dual power-supply unit configuration which tend to run quieter.

Running your own mining hardware gives you an understanding and appreciation for an aspect of distributed ledger technologies few people are exposed to. It is expensive to get started and there are no guarantees, but it is instructive.