How can I store Bitcoin? 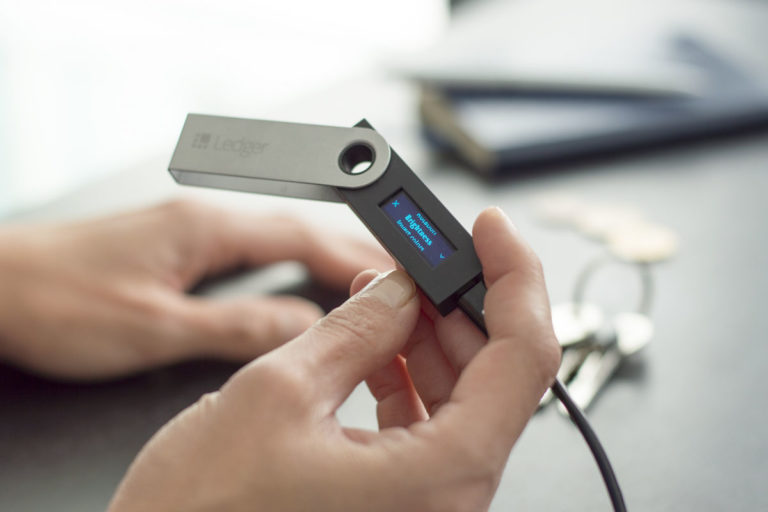 In part 8 of the Bitcoin basics series we looked at how to buy and sell Bitcoin. In part 9 we will look at how to store Bitcoin.

Similarly to holding large amounts of paper money, holding bitcoin involves taking several precautions to secure one’s wealth. While some traders – who spend their days trading between Bitcoin and other cryptocurrencies – might leave their bitcoins on an exchange the most secure way to hold bitcoin in the long term is to make use of a wallet.

As we’ve covered previously, the term ‘wallet’ isn’t an entirely accurate description – some favour the term ‘keychain’ – and it’s actually further incorrect to state that a wallet ‘stores’ bitcoins; a wallet houses a user’s public and private keys which are used to access a public Bitcoin address and sign transactions, respectively.

Bitcoin wallets are available in a variety of formats, and each offers unique features over the others. Your needs may vary, and it is important to take into account both one’s trading or investment habits as well as their security needs before committing to one specific kind of wallet for the long term.

Desktop wallets are software programs that can run on desktop and laptop computers that run popular operating systems such as Microsoft Windows, Apple’s macOS, and even Linux. The appeal of desktop wallets places access to one’s bitcoin address directly on the same computer that one might trade from, though these typically aren’t as portable or usable in the wild as mobile wallets are.

The de facto Bitcoin client, called Bitcoin Core, is run by many computers around the world. These form ‘nodes’ on the network that handle the important task of relaying transactions – however, this software also enables users to create a Bitcoin address to send and receive bitcoins, as well as store their private key.

Desktop wallets such as Bitcoin Core can be excessively large to download and maintain, and furthermore requires that users continuously update the program to stay in lockstep with the Blockchain as new transactions are verified and added.

However, not all desktop wallets necessarily act as nodes. Some opt to simply serve as a software wallet that can house both keys and are developed by third parties. These are usually far less cumbersome to download and maintain, and may are available with particular features or focusses that investors might find appealing.

Like their desktop counterparts, mobile wallets are software programs (apps) which one can install on their smartphone. Typically, these are available on Apple’s iOS (iPhones), Android phones, and some are even available for Microsoft’s lesser-used Windows Phone.

Where desktop wallets are relatively mobile and inherently aren’t pocket-able, mobile wallets provide investors and traders with the convenience of being able to take their wallet with them on-the-go. This further allows users of certain mobile wallets to make convenient and quick payments not only with bitcoin, but with other cryptocurrencies as well.

The trade-off for this requirement is the fact that as smartphones don’t feature the processing power or memory of most computers, mobile wallets do not download the entire bitcoin blockchain – instead relying on a small ‘portion’ of the blockchain and thus relay most transactions through what are called ‘trusted’ nodes.

This essentially outsources some of the computing power and memory needed to use a bitcoin wallet to other computers linked on the Bitcoin Blockchain.

While a mobile wallet houses both a user’s public and private key as a desktop would, most mobile wallets take advantage of either QR-code scanning or Near Field Communications (NFC).

In the case of the former, mobile wallets can scan a QR code by using their smartphone’s camera. The mobile wallet in question can then interpret the code as another bitcoin wallet address, which users can send bitcoins to.

In other cases, smartphones equipped with an NFC chip (like some of Apple’s recent iPhones, or Samsung’s Galaxy S phones, for example) which users can leverage to facilitate transactions. This enables users to tap one’s phone against a reader and send bitcoins without having to enter any details at all. This is similar in process to using popular services such as Apple Pay, Samsung Pay, or Android Pay.

While one can consider either desktop computers or mobile phones as ‘hardware’, there are several electronic products available specifically designed to house one’s public and private key. These are commonly referred to as ‘hardware wallets’, and are sometimes used to facilitate payments as well.

Hardware wallets can closely resemble USB drives, though this can differ from brand to brand.

Hardware wallets typically function with an ‘online’ and ‘offline’ component. This sees an investor make use of an online wallet that holds their public address and signals which transactions will be ‘signed’. To complete a transaction, users will need to connect their hardware wallet by USB into a computer, where a signature is then formed, sent to the wallet, and then fed into the Bitcoin Blockchain.

Specifically, some hardware wallets offer users the security of housing a user’s private key in a ‘protected area’ on the device in question- which means that this private key cannot be divorced or used without the device.

Some hardware wallets offer a backup service, wherein if they fail, become lost, or are damaged a user can use a special key to restore their private keys, bitcoin balance and transaction histories into a new device. These backups are usually secure by a PIN that either is linked to the device or can be set by a user.

The attraction for many users is that hardware wallets do not fall prey to viruses that may target software wallets from time to time. However, these devices are not immune to corruption, theft, or damage.

One of the most inexpensive ways of securing one’s bitcoin is to use what is referred to as a ‘paper wallet’.

A paper wallet essentially sees a user print out a paper copy of two QR codes; one is the public address where one receives bitcoins, and the other is the private key which one uses to sign on outgoing transactions. To use a paper wallet, a user either scans either QR code themselves, or invites a transacting party to do so.

Paper wallets mitigate some of the risk of storing one’s private key on the internet, where an investor would have to trust the establishment where their key is stored. Thus, paper wallets do not fall prey to cyber attacks or other malicious actions where parties might attempt to steal bitcoins online.

However, paper wallets carry their own set of weaknesses. Similarly to hardware wallets, paper wallets can be stolen or damaged, and paper itself degrades over time – meaning that users should take caution when storing their paper wallet and should ideally never use the same one for long periods of time.

Fundamentally, each type of Bitcoin wallet carries its own strengths and weaknesses, and it is up to each user to adequately secure their accounts and select whichever option is most convenient or affordable to them.

While online or software (desktop or mobile) wallets carry convenience and easy access to the internet where one can transact quickly, they come at the expense of security and are a prime target for internet hackers seeking to steal bitcoin or other cryptocurrencies over the web.

Conversely, physical storage such as hardware or paper wallets can easily be stolen, can become damaged, or can degrade over time.

A successful rule of thumb is to consider using several different kinds of wallets, and ensuring that one’s allocation of bitcoins does not exist solely on one wallet.

There are further steps that one can take to secure their account, as well. Users making use of online wallet services can use two-factor authentication, which means that beyond signing in with a username and suitably complex password, they can input a special code from a device of their choice that will serve as a ‘second layer’ of security when signing in.

In part ten of our Bitcoin Basics series, we’ll be exploring why you should invest in Bitcoin.