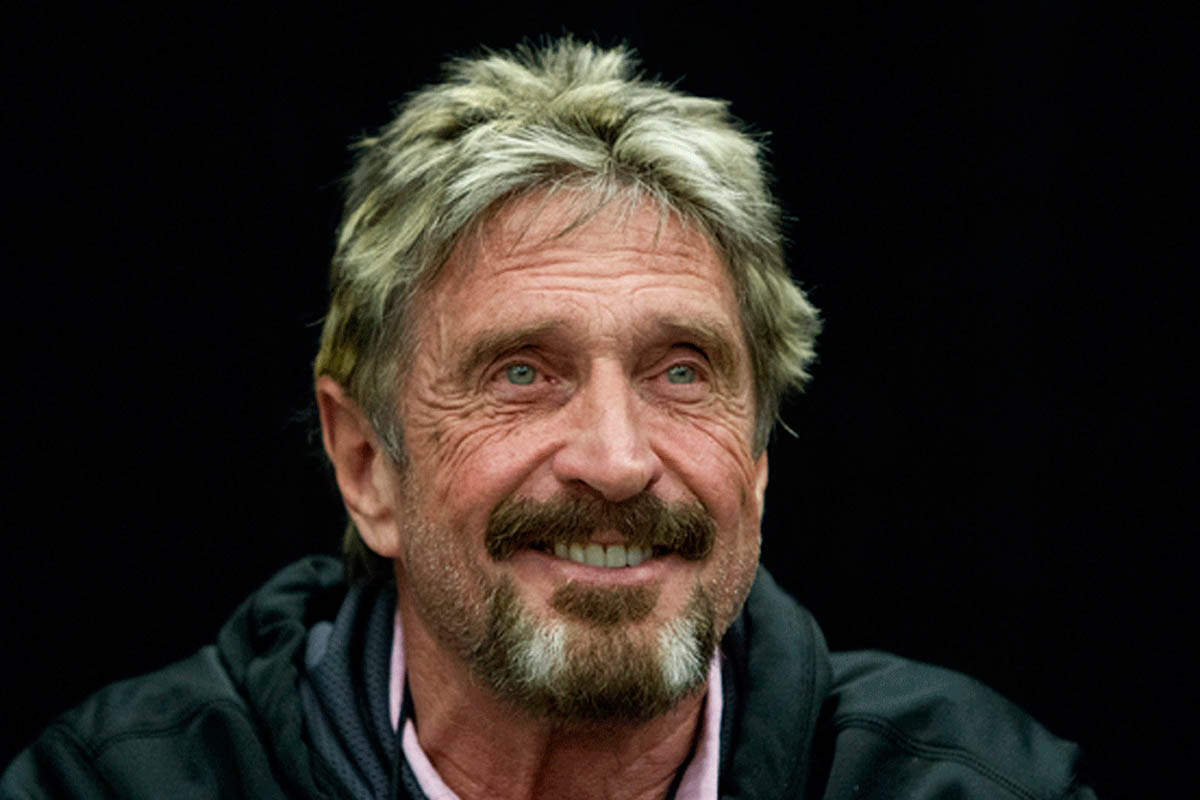 Businessman turned cryptocurrency advocate and Presidential hopeful John McAfee is no stranger to issuing price predictions or proclaiming his faith in certain projects.

On May 24th this year, McAfee took to Twitter to issue some startling general and cryptocurrency price predictions – writing that “I seldom make short-term predictions because they are frequently meaningless and they encourage short-term investors, which encourages mediocrity. But this is a special time. You may treasure me on this”.

McAfee has previously issued his weekly cryptocurrency picks, and in his May 24 tweet elaborated that:

“My short term price predictions: in a major dip, with nearly everything dropping, the price of Docademic doubled since my prediction. The market will turn before June 12th and my predictions will hit. My algorithms predicted Trump’s June 12th date. They have never been wrong.”

My short term price predictions: in a major dip, with nearly everything dropping, the price of Docademic doubled since my prediction. The market will turn before June 12th and my predictions will hit. My algorithms predicted Trump’s June 12th date. They have never been wrong. pic.twitter.com/IGAzWPtOV4

With that being said, how have McAfee’s predictions fared?

Unfortunately for most investors, Bitcoin came nowhere close to surpassing the $15,000 USD mark in June. On June 1st, Bitcoin traded at $7500 USD, and later collapsed to $6404 USD by the close of the month.

While the pre-eminent cryptocurrency did experience a dip on July 27th to $7839 USD, July actually marked a positive month for Bitcoin; the digital currency rose from $6,411 USD from the 1st to close at $8,180 USD on the 31st. Today, on August 1st, the cryptocurrency has retreated to sit above the $7500 USD mark.

Unfortunately, Golem’s price has yet to shatter through the $5 USD barrier this year – and in July, the closest the blockchain project came to reaching McAfee’s prediction was by flirting with values north of $0.4 USD.

McAfee’s proposed breakthrough might well take monumental drive to occur – at its peak on January 4th of 2018, Golem traded for $1.16 USD.

Since its listing in May this year, Docademic has been renowned as one of McAfee’s favored blockchain projects – enjoying pride of place in multiple tweets authored by the businessman.

Unfortunately, Docademic has yet to rev its engines hard enough to propel itself past $0.50 USD, much less $0.73 USD. While McAfee may have inadvertently predicted its high point, Docademic only managed to climb as high as $0.44 USD on January 18th.

In the days since, Docademic has withdrawn to trade at just $0.12 USD.

A lesser-known blockchain project, Bezop listed on March of 2018 this year, and reached its high point at $0.71 USD on March 10th.

Bezop, unfortunately, has yet to make such a return to the limelight. The cryptocurrency began trading at $0.11 USD on the 1st of July, and slumped to a monthly low of $0.05 USD by July 12th.

Shortly thereafter, Bezop surged to a high of $0.1 USD on July 18th, but has since struggled to maintain its momentum. At press time, Bezop has fallen back to $0.05 USD.

“Bitcoin Private will surpass $200 by the end of July.”

Perhaps the most ambitious of all McAfee’s predictions, Bitcoin Private has enjoyed press time with the businessman this year under the claim that it will supersede Monero as the most viable privacy-focused cryptocurrency.

Time, however, has not been kind to the project – Bitcoin Private began trading at just $11.08 USD, and by today on the 1st of August, the cryptocurrency has collapsed to just $5.44 USD – only some $194 USD away from McAfee’s predicted price point.

EOS enjoyed great press during its transition from Ethereum to a proprietary blockchain – even despite the multitude of last-minute token swaps that occurred during the troubled birth of the platform.

The highest value EOS has climbed to this year stands at $18.93 USD on May 2nd – thwarting potential for any new form of breakout to have occurred throughout either June or July this year.