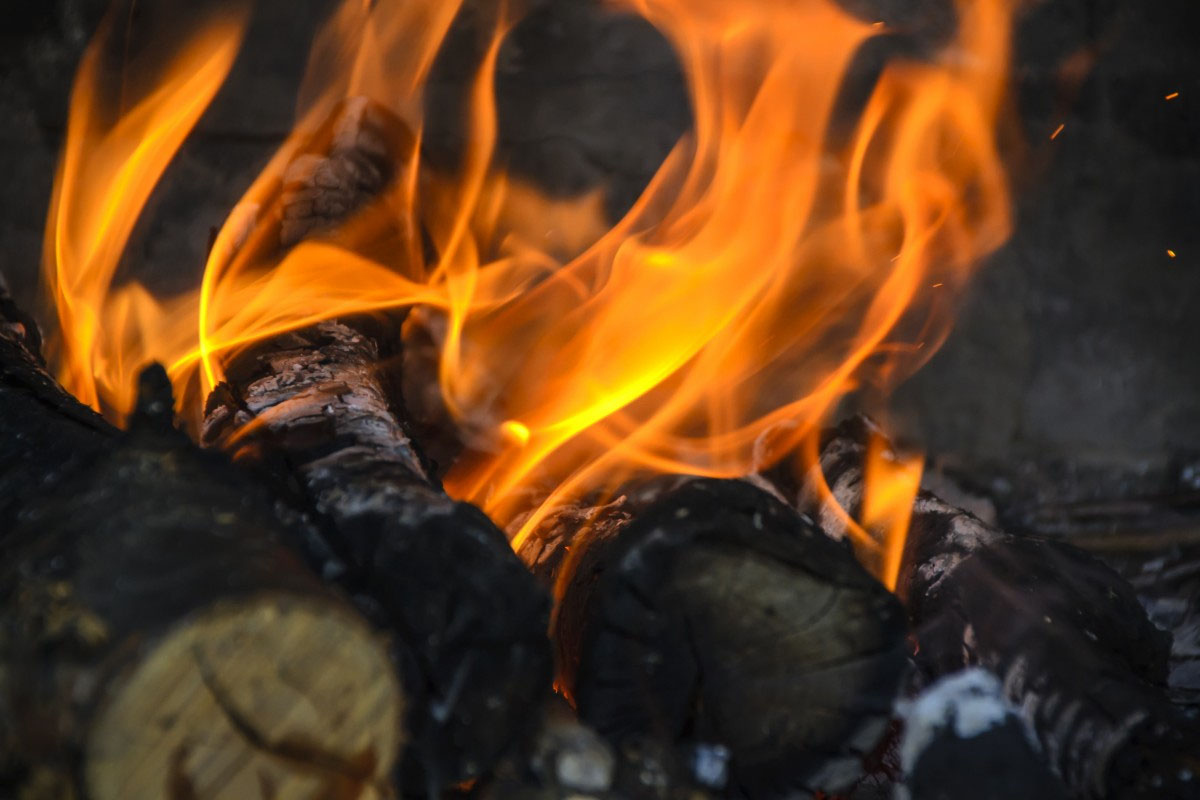 Is the bloom coming off the Alt market?

This past week was far less active (if your name wasn’t $BAT) among Alt coins, which could signal our nice little bullish turn beginning to swoon a bit.  I noted last week in my column that sentiment had faded a bit on Alts, even as many were still performing.

Now, that doesn’t mean anything is really doing terrible, we’re just not quite seeing the enthusiasm we did at the start of October.  Let’s look at the charts. 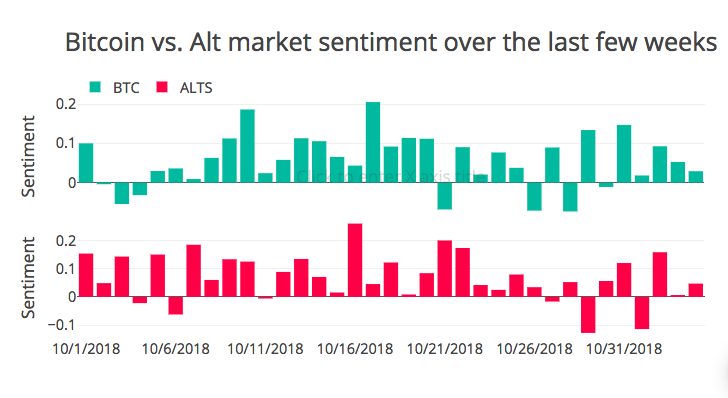 We really just haven’t seen the same consistent bullish sentiment we saw in the Alt market for much of October.  And the decline I noted last week continued through the start of November.

Bitcoin meanwhile, remains in purgatory.  This remains a good thing for the Alts while it does, as the Alt market always benefits from a stable $BTC.  Sentiment on Bitcoin has been angled slightly downwards for the last few weeks, as has the price, but nothing really jumps out.

One has to assume we’ll see a bigger move sometime in the not-too-distant future, but as predictions come and go, the more than 150 influencers and traders I follow seem more and more inclined to just watch and wait.

Bitcoin is getting mentioned an average of 26 times a day for the last week among this cohort, which is the lowest the 7-day average has been since I started tracking things in the spring.

This week I don’t actually have any that qualify.  If you were to watch out for one it’d be $WABI, which had a great move last week but has since cooled off. To the list! 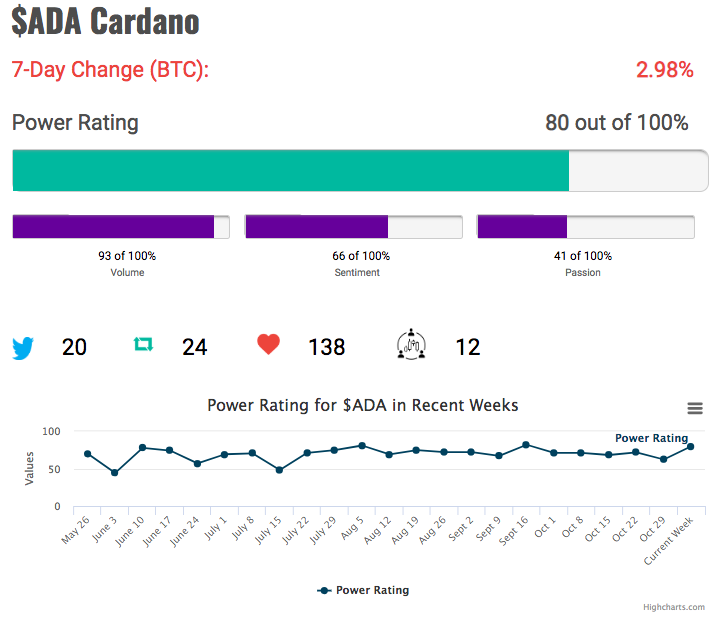 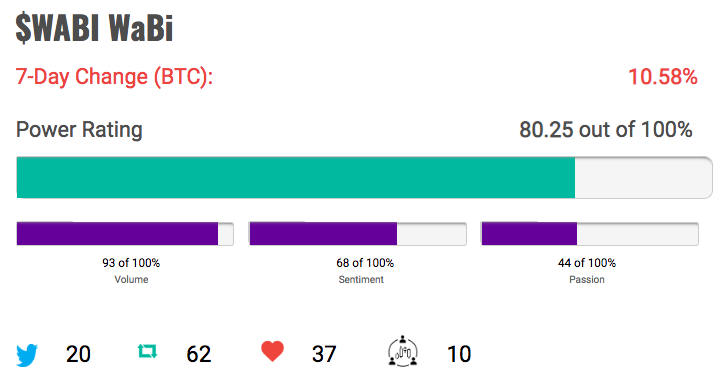 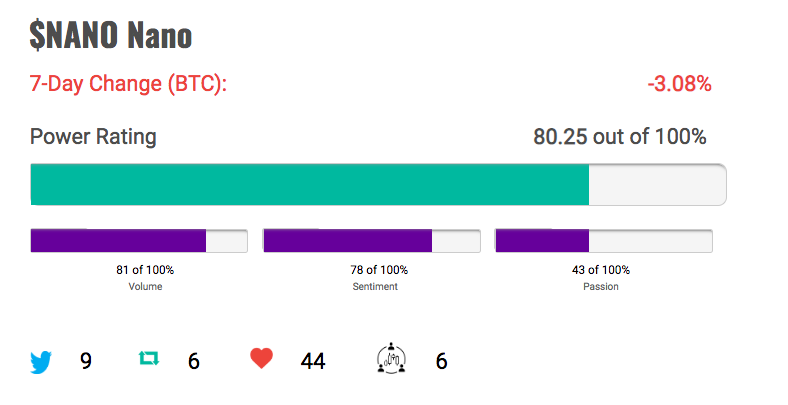 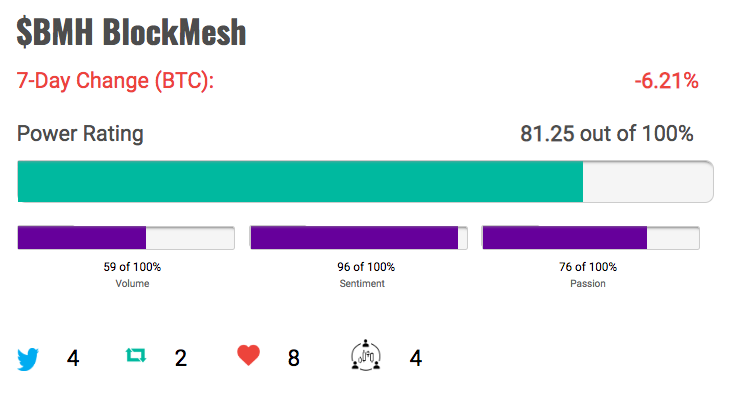 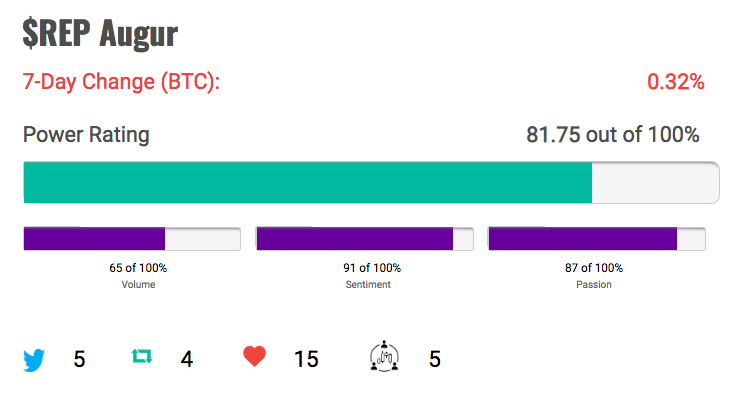 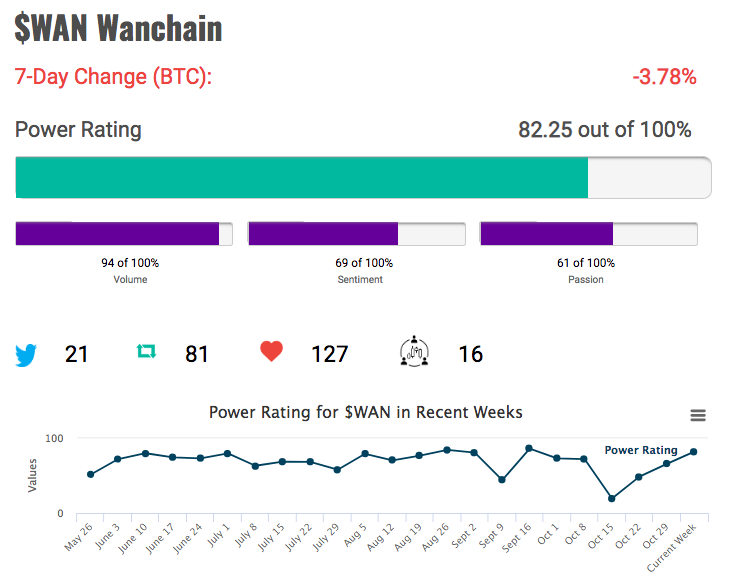 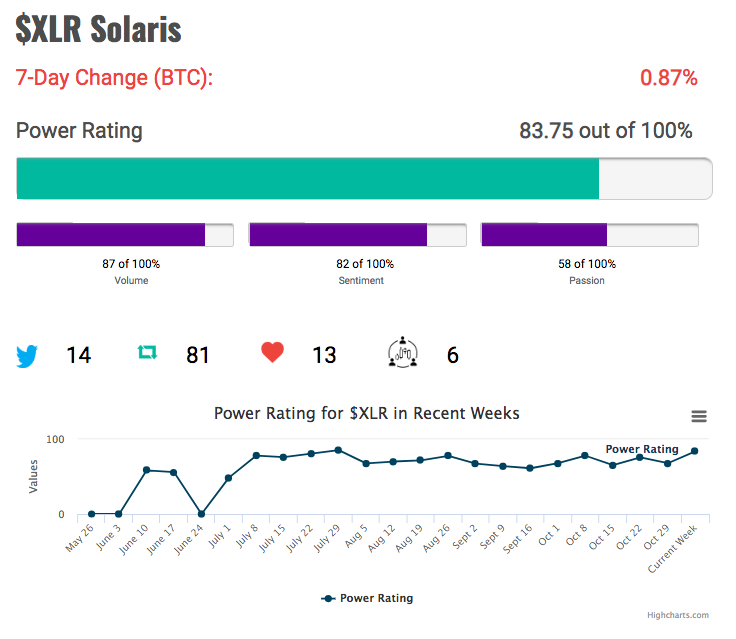 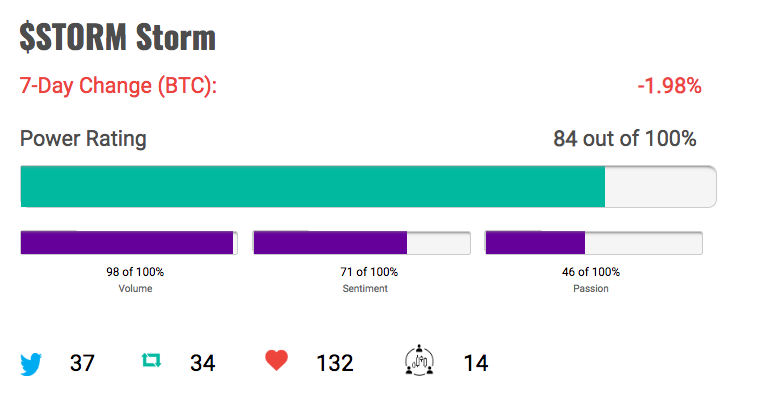 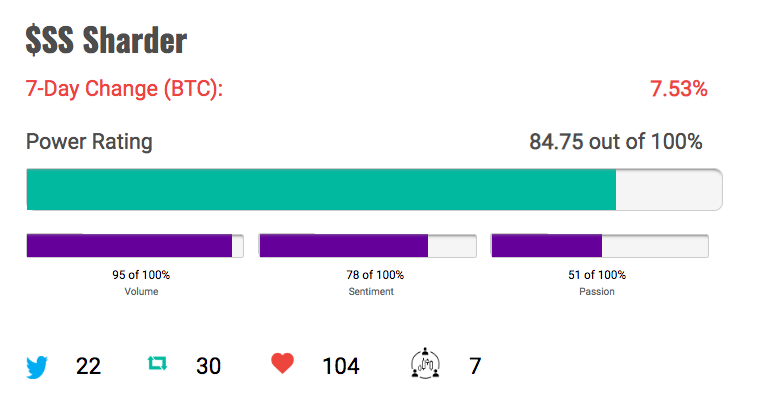 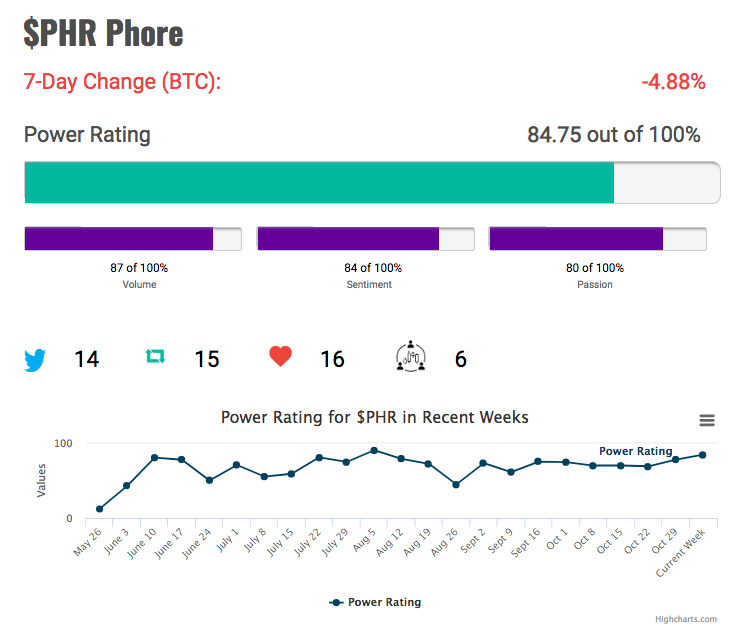 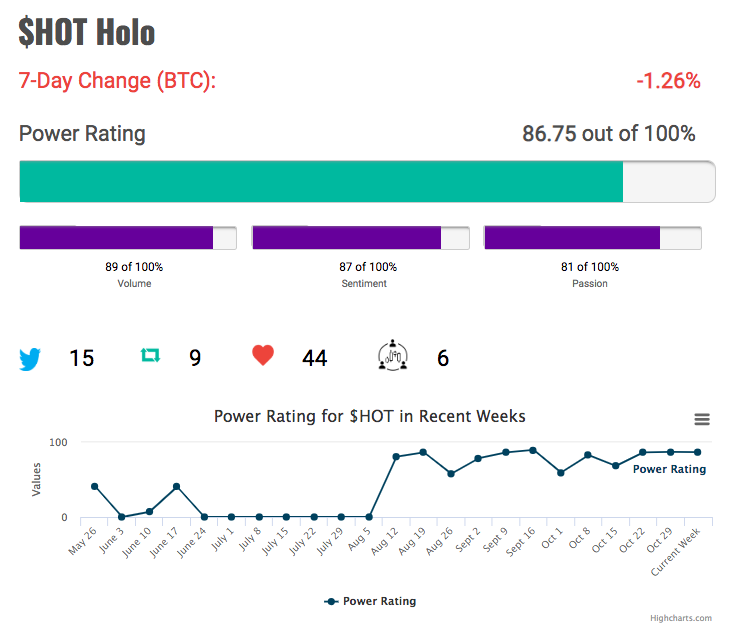 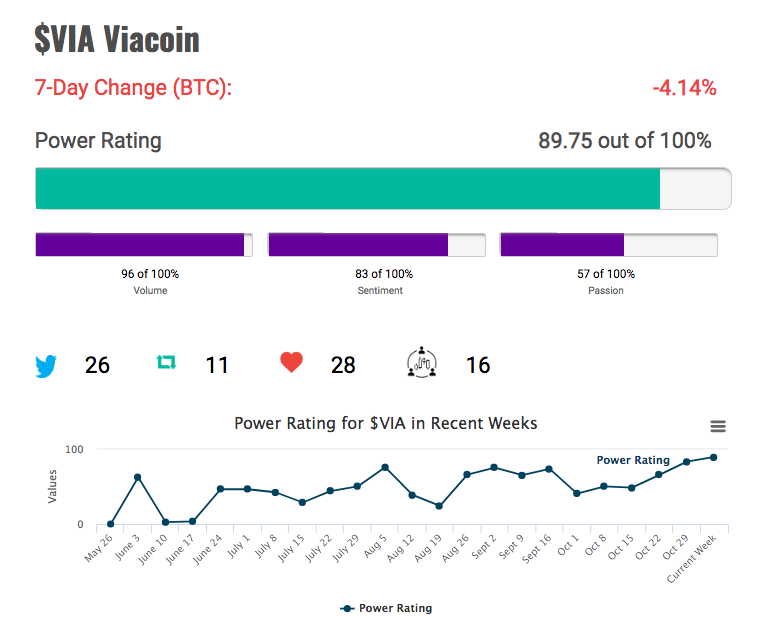