Five tokens with the hottest sentiment this week 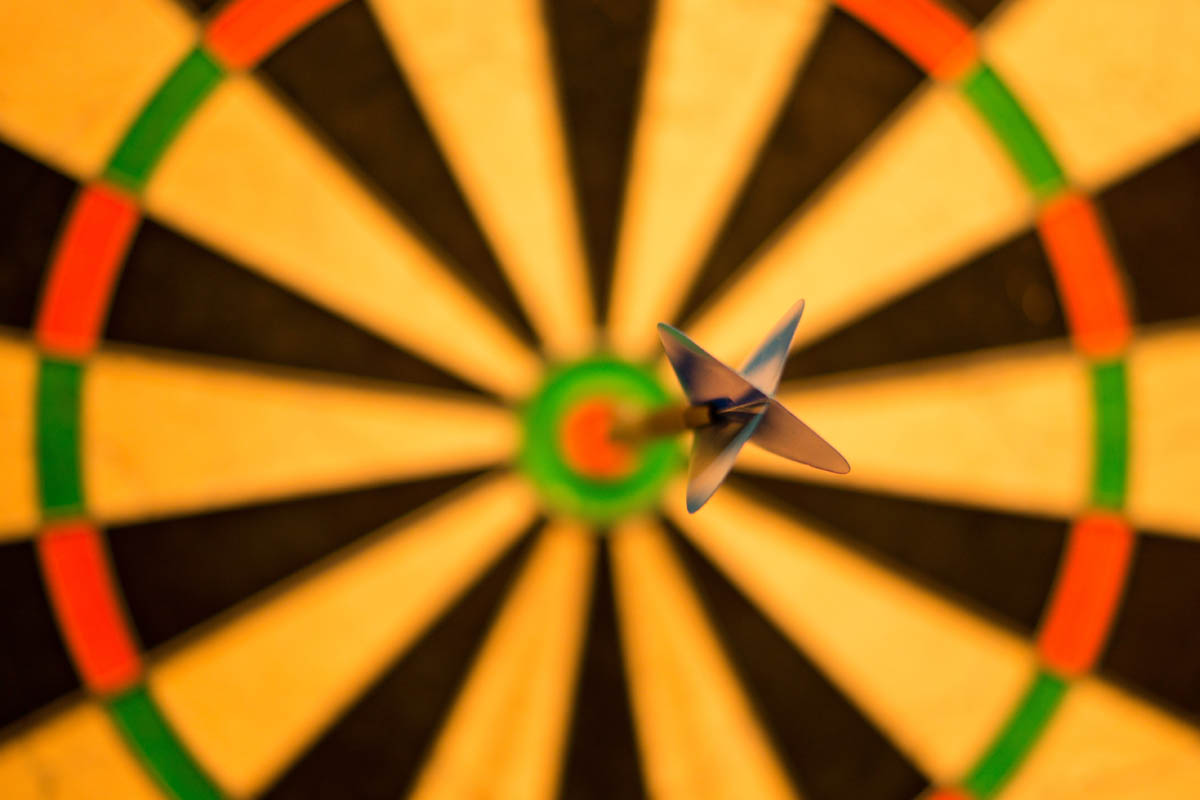 If there was any doubt which way the market was headed, it was quieted during the last week.  Bitcoin put in a gruesome seven days, losing more than 25% of its value and falling as far as the $3,600s before recovering.

Since we know the market is dismal, instead of my usual BTC vs. Alt charts I put together a sentiment chart of the entire crypto market (as seen by the 150+ influencers I follow) for the last two months for some perspective: 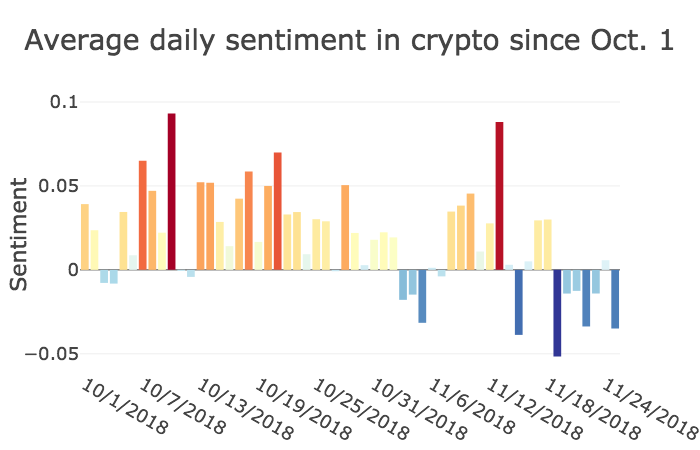 It’s been a while coming, and we’ve discussed that here before, but we really haven’t seen this level of negative sentiment in a long time.

Have we bottomed? Perhaps, but it’s a tough market to trade in for me until I see some confidence come back. If this is indeed a capitulation and a bottom, it’s not going to be instantaneous.

If you’ve been on social media this week, you can see the difference. People are genuinely in despair about the state of the market, and some that have ridden out the entire bear market were finally throwing in the towel.

The thing that gives me the most pause? A lack of volume from influencers. When the bottom fell out, people went quiet. I haven’t logged this low an overall volume since I started doing this, and until that starts changing, it’s tough to see market sentiment turning around.

There’s always money to be made somewhere, but if you jump in, be careful. It’ll probably be uncertain seas for a while.

Normally I’d warn of alt coins that saw serious gains this week and could be headed for a drop despite high sentiment. But that’s not necessary. Nearly every coin took a sizable hit this week.

In fact, my analysis showed there were only five coins or tokens that really saw a net positive sentiment and strong volume of mentions in the last week. 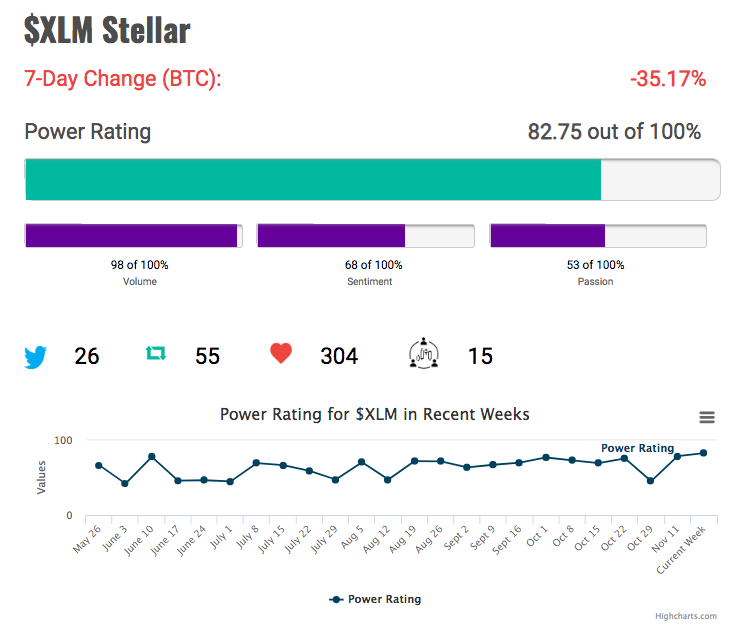 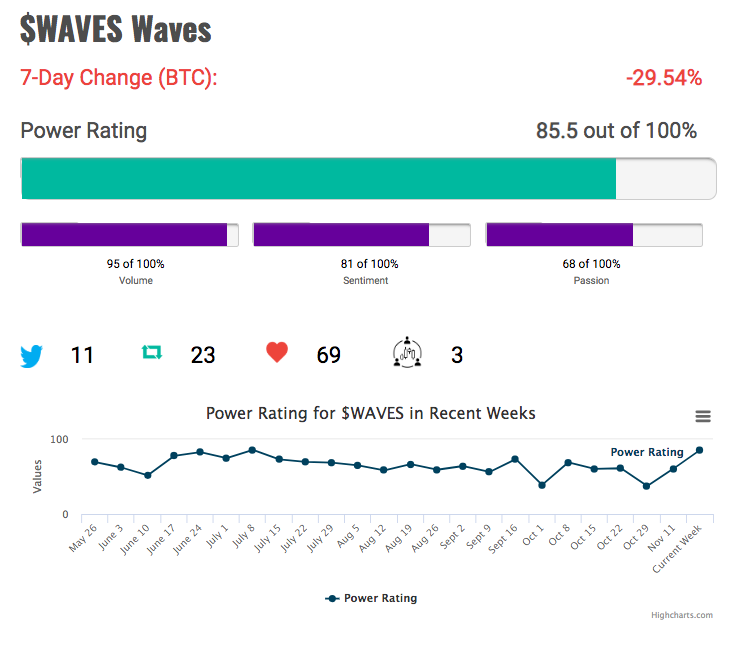 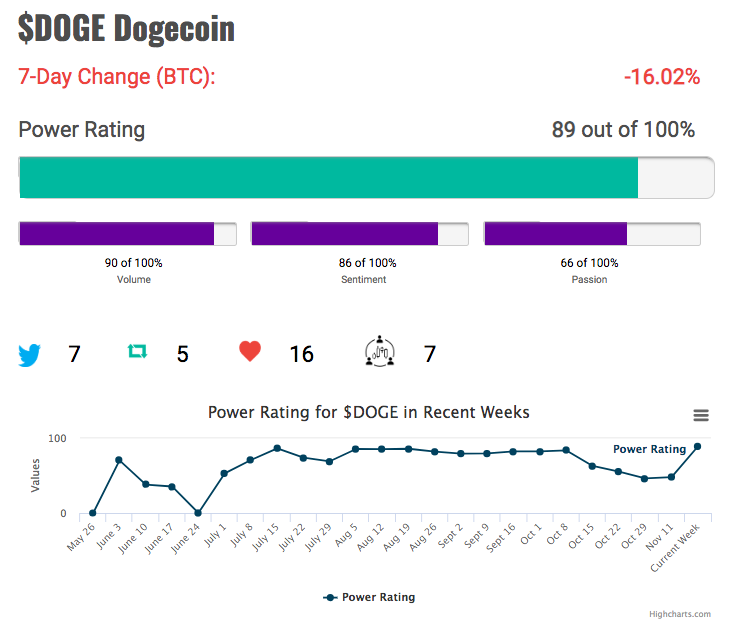 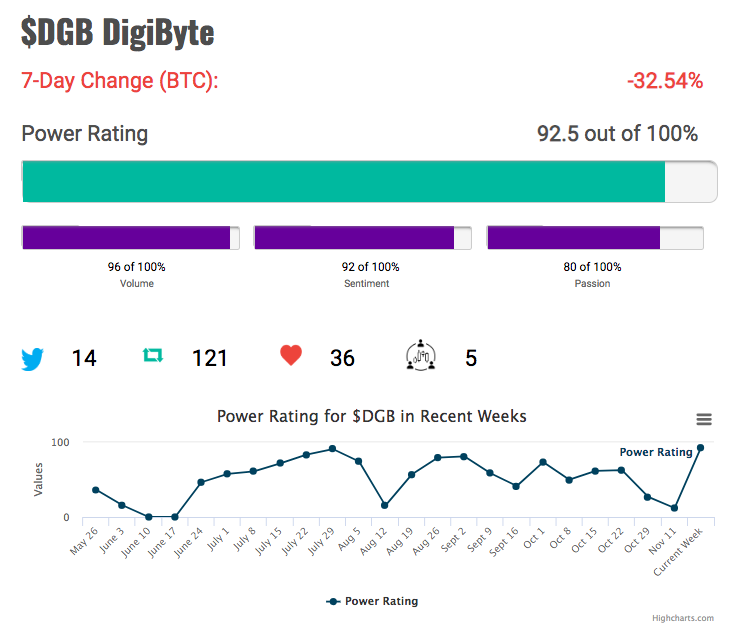 The site I use to convert my tables to HTML is down at the moment, so I’ll try to add this later today. Stay tuned.

This isn’t financial advice, just my own way of trying to make sense of what’s out there. And as with most things, the more data I collect, hopefully, the more interesting it’ll be. This is a work in progress. Please leave suggestions on how to make it better. I imagine if I keep up with it, I’ll be able to expand a bunch of the analysis, but I wanted to start somew