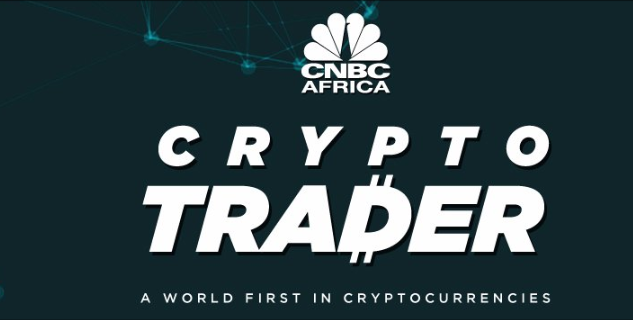 Larry Cermak recently took to Twitter to promote the story of Blockchain Terminal’s Boaz Manor – sentenced to prison in 2012 for fraudulently running a $800 million hedge fund – who posed as Shaun MacDonald in the Blockchain Terminal (BCT)initial coin offering (ICO).

As an assistant writer of an article published by The Block which outlines the story of the man behind the Blockchain Terminal (BCT) Cermak addresses CNBC’s Cryptotrader Ran Neuner’s involvement in the project in a thread of tweets following the article’s publishing. Neuner and his lawyers in New York are currently investigating a libel lawsuit against Cermak.

4/ Now this was just a brief introduction. Go read the damn article! It’s a great read. But where it gets interesting for me is with the involvement of Ran NeuNer (@cryptomanran), host of CryptoTrader on @cnbcafrica.

Neuner commented on Twitter, saying that he had received no mails asking for comment, despite both the article, which states that “NeuNer did not respond to a message seeking comment for this story” and Cermak’s claim that he had “reached out“.

Cermak continued to condemn Neuner, saying that the Neuner had invested over $1.3 million USD into Blockchain Terminal, kept a small portion and then sold the majority of the tokens to other investors:

9/ So we dug even more. We found that of the $1.3M, Ran only kept $350k stake and resold $950k to other investors. This can be explained by getting a sweet presale discount deal but having to fulfill a presale hurdle (minimum investment amount).

In an exclusive interview with CoinInsider, Neuner vehemently denied that this took place, saying that the accusations are “ludicrous“. Neuner stated that he did not invest $1.3 million USD – the figure was “north of $300,000 USD” of his own cash – and that he does not know how Cermak arrived at these figures. Neuner maintained that the amounts quoted in The Block article were “absolutely wrong” and that there were, in fact, no criteria to meet for an early investment discount. He also confirmed on-record that he did not take and lose $950,000 USD from investors.

Neuner told CoinInsider that he first heard about Blockchain Terminal towards the beginning of 2018 at a blockchain related conference. At the time, Neuner was looking for projects to interview on his CNBC Cryptotrader show.

When asked whether Neuner knew about Shaun MacDonald’s real identity as Boaz Manor prior to investing, Neuner stated:

“No way, when I first met them, it was at the conference and I was looking for interesting projects to do interviews with. One of the projects I saw was this amazing double-screen which claimed to have amazing capabilities and so I interviewed them for my show and that was the first interaction I had with them. The software seemed to be very good and what they were building seemed to be good. At the time, [there] was Shaun, a person called Simon Tim and Bob Bonomo, who was portrayed to be the CEO of the project.”

Neuner confirmed that he does not believe that he “shilled” the BCT token using his public media site. He stated that he was never paid to promote the tweet below which was cited in The Block’s article or Blockchain Terminal in general. Neuner explained that he went to the BCT’s office in New York, viewed a demo of the software, found it impressive and subsequently tweeted about the screens, suggesting that he would forward information about the platform to twitter users who were interested in delving deeper into Blockchain Terminal.

I went to Blockchain Terminal today and had a demo of the system. It’s really advanced and has many tools. It also has a total market depth tool across all exchanges

If you are a serious trader that trades for a fund or a large portfolio tweet me and we may send you a screen. pic.twitter.com/4uRt3MlEkT

Addressing Cermak’s statement about his advisory role at Blockchain Terminal and that “…sometime in August, he scraped [sic] it from his site”, Neuner stated that he was an advisor to Blockchain Terminal to assist the company in getting the software into the cryptocurrency space, finding high frequency traders and influencers to join the platform. However, after suspicions, Neuner stated that he “smelt a rat” and was not comfortable having any involvement with Shaun or Blockchain Terminal. After a heated conversation with Shaun, he resigned effectively immediately from his advisory post in September, 2018. It was then that Neuner removed the company from his website, as he was no longer an advisor.

Neuner concluded remarking that the article published by The Block may be inaccurate but is not defamatory nor malicious. However, regarding Larry Cermak, he said:

“I am not interested in being involved in any journalism by which the publication holds defamatory statements.”