Could Ethereum create a world without borders? 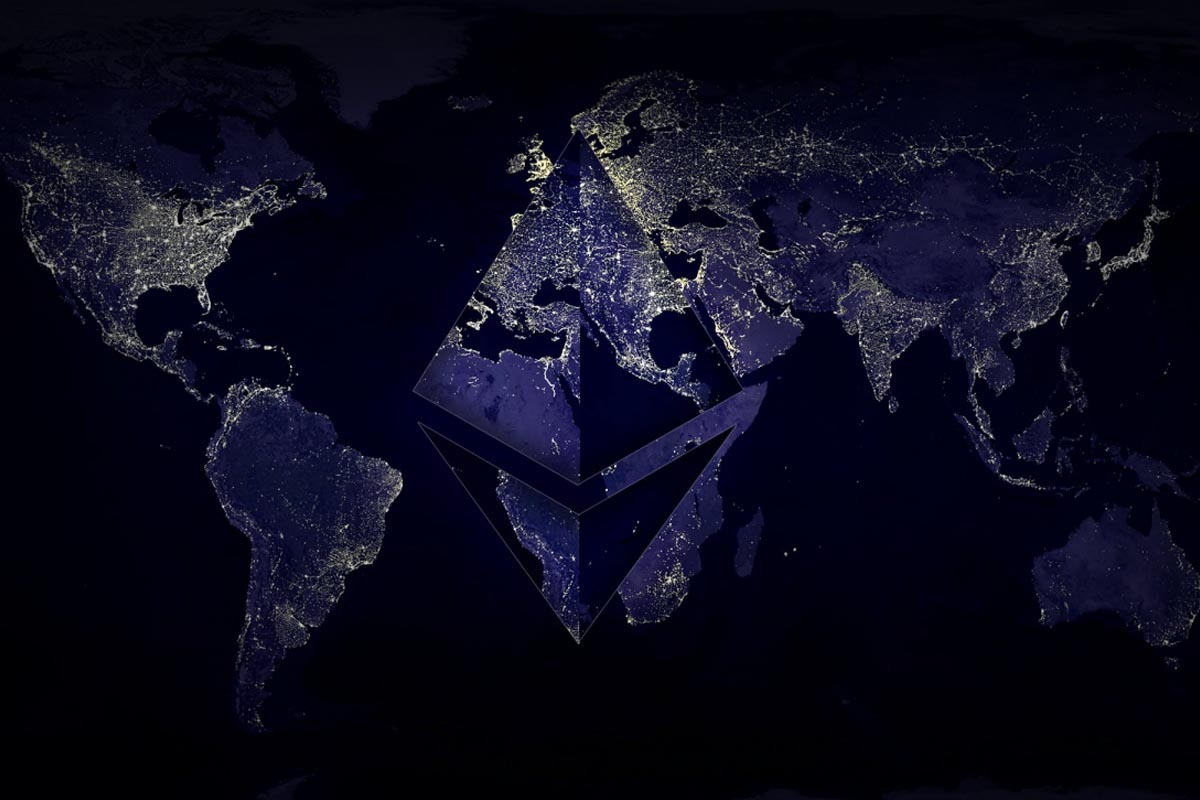 In the late 19th century, French author Jules Verne wrote a series of books depicting scientific breakthroughs that would only be realized almost a hundred years later.

Verne helped define the science-fiction genre while seeding ideas like submarines and space travel in the minds of young people who would become scientists and engineers decades later.

Other authors would follow in his footsteps, including the likes of Isaac Asimov whose three laws of robotics are inevitably mentioned whenever “safe” or “ethical” artificial intelligence is discussed.

Gene Roddenberry, who created the Star Trek series in 1966, may also very well be credited with nurturing the idea that would become the cellular phone.

David Louis Edelman is such a science-fiction author for the 21st century.

While Edelman is not nearly as prolific a writer as Verne and Asimov were in their day, his Jump 225 trilogy rings no less true than Verne’s From the Earth to the Moon.

The Jump 225 series is equal parts science-fiction wish-fulfillment, cautionary tale, and allegory of what working for a dot-com was like during the boom in the late 1990s and early 2000s. Mostly it’s a thought experiment about human ambition.

Although the central themes of his story aren’t about cryptocurrencies and decentralized organizations, the world Edelman envisioned would not work without them—or at least something like them.

Edelman’s work made successful short-term predictions like the app store, along with the centralized quality and security controls Apple insists upon if you develop for its mobile ecosystem.

He also described a world where government was decoupled from geography. Not a homogenous global government, but a system of decentralized organizations that fulfill most of the functions nation-states used to.

Part of his futuristic society’s back story even includes an idealistic scientist named Sheldon Surina, who wrote a paper conceiving of a technology that would change the world in fundamental ways.

A world where government transcends geography

One of the major building blocks of Edelman’s world is that politics has transcended the nation-state. Instead of being born into a country, you get to subscribe to governments by choosing to pay their taxes.

Known as Local Political Representative Association of Civic Groups, or L-PRACGs (pronounced ELL-praggs), these organizations may offer any blend of services and may represent different ideologies, cultures, and trades. While some are localized in a specific place, the vast majority are not.

You may also belong to more than one L-PRACG at a time.

A typical subscription mix might include a local L-PRACG to provide basic neighborhood services, a vocational L-PRACG to streamline your work life, and a personal L-PRACG aligned with your creed or culture.

There could be trade L-PRACGs for programmers or bankers, a cultural L-PRACG for people of Korean descent, and idealogical L-PRACGs for people who favor a strong centralized military, governmentalism, or libertarianism.

With the benefit of over a decade of hindsight, it is evident that Edelman envisioned a society where technology would let us associate with one another using decentralized organizations. For them to work, there must also have been a way to participate in them trustlessly and verifiably.

Precisely the kind of problems that distributed platforms like Ethereum have started to solve.

How to build a democracy on Ethereum

One of the tutorials on the Ethereum website is “How to build a democracy on the blockchain.”

At the time of publication Ethereum is the second-largest blockchain by the market cap of its token, ether, and the third-largest by trade volume.

Ethereum’s democracy tutorial demonstrates the ability for platforms like it to handle functions such as voting, ensuring that voting rules are enforced, and that counts are verifiable and accurate.

This is possible because of a feature called smart contracts, which are essentially computer programs designed to run on a blockchain.

Such decentralized applications, or DApps, may be executed by the massive virtual machine that is made up of public Ethereum nodes distributed around the world.

With DApps, it becomes possible to set up a decentralized autonomous organization (DAO), and these organizations can be set up to handle issues of governance.

DAOs have had their fair share of problems, but the technology will mature and tools will be developed to verify the code such digital organizations are built on.

As the problems are solved, DAOs will present a transparent and trustworthy alternative to handling governance online, paving the way for government to become entirely decentralized.

Tech-optimism tempered with lessons from history

While decoupling government from geography and transcending nationalism may sound like a utopian idea, Edelman cautioned that his take on it in the Jump 225 trilogy should not be seen as a blueprint.

“Governments compete for citizens with promotions and incentives not unlike businesses competing for customers. The whole system is a purposefully exaggerated take on the hyper-capitalist dot-com atmosphere of the tech world,” Edelman told CoinInsider in an interview.

“It’s not intended to be a serious prediction or, god forbid, a prescription for the way things ought to be.”

Although Edelman’s feedback did not exactly reflect the level of enthusiasm for distributed government we were hoping for, his remarks are a much-needed counter-balance.

His comments are a reminder that the technology itself does not guarantee a positive outcome, regardless of the good intentions behind it.

That said, he remains hopeful that developments like distributed ledgers and smart contracts will help solve some of the problems the world is grappling with.

“I think there is a potential for technological solutions for a whole host of social and societal problems that we don’t generally see as technological problems,” said Edelman.

“Right now society is wrestling with questions of whether big government and excessive regulation can work in the long run. I’d like to think that technology will eventually be able to streamline government such that it’s not so costly and labor-intensive. We just don’t have the tools yet.”

The (r)evolution has already begun

It is clear that as a species, humans will have to move beyond imaginary lines drawn across continents to delineate how we share the spoils of aggregated human effort.

Just as we have outgrown the feudal system, the city-state (mostly), and the empire, we are outgrowing the nation-state. For better or worse, the Internet is connecting the planet at an unprecedented scale. The bell is rung. Alea iacta est.

Estonia is already positioning itself as a “digital nation,” underpinned by blockchain technology and offering an e-residency programme to attract businesses and entrepreneurs.

For now, its efforts are still confined by some physical limitations, as you need to pick up your digital ID card from an Estonian embassy or consulate. Geopolitics also remains an important drawcard, as Estonian e-residency gives you a foothold to do business in the EU.

It may yet be awhile before Estonia can slip its shackles as a nation-state, but when the time comes, why remain merely a country when you can become so much more?

For those who are still not convinced that Edelman is a modern-day Jules Verne, consider the financial system that underpins his world.

Called the Vault, his idea was that banking institutions ran on “distributed Vault protocols” that ensured security and data integrity. While he never developed the actual protocols, the system was meant to be decentralized and node-based, like the Internet.

The symbol of the Vault? Edelman called it “the double-balanced pyramid.”