Analysis: With Ethereum Classic listed, where does sentiment on the ‘Coinbase 5’ stand? 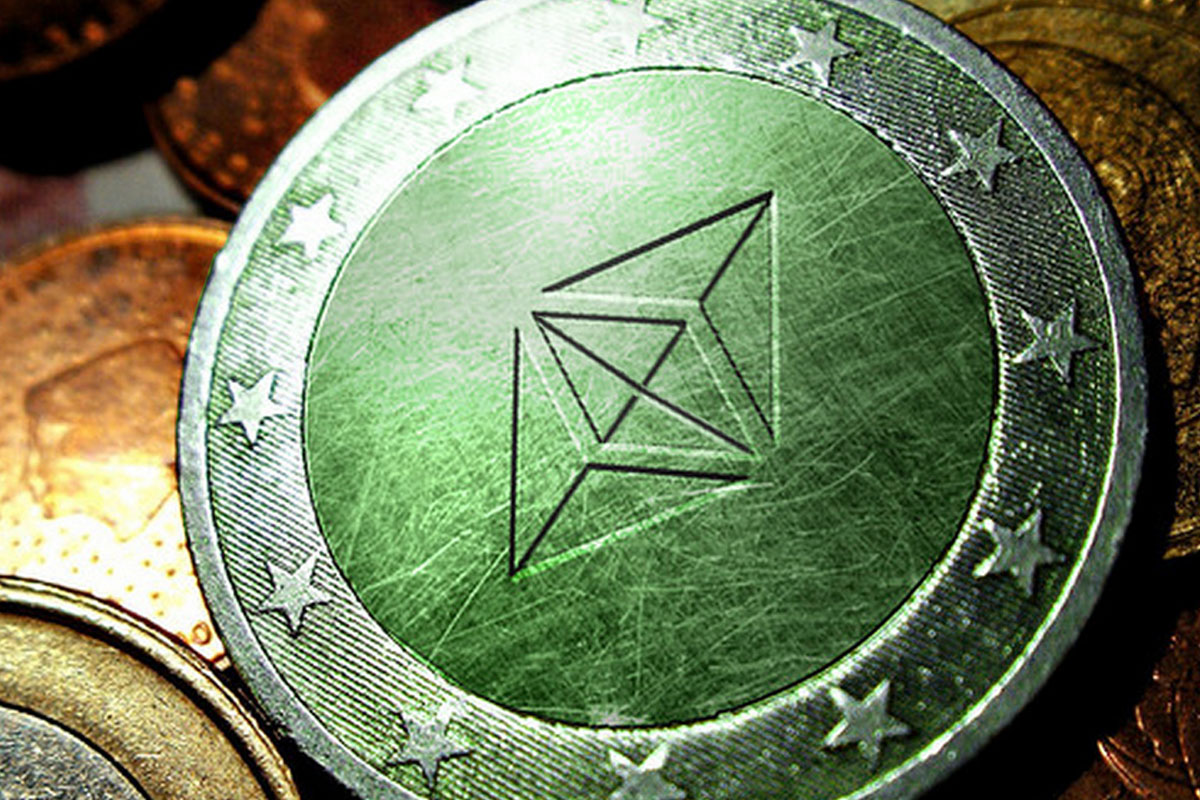 Ethereum Classic was finally listed on Coinbase Thursday night, and while the market predictably “sold the news” upon the listing, it wasn’t a complete frenzied disaster like Bitcoin Cash.

Even with the initial dip in market, $ETC still gained more than 50% at its peak following its initial announcement and undoubtedly has been opened to a far broader pool of investors than 24 hours ago.

So what of the others? There’s been plenty of wild speculation following Coinbase’s subsequent announcement that Cardano, Basic Attention Token, Stellar Lumens, ZCash and 0x could be added in some form soon.

I decided to check back in on sentiment, and some things have changed since I initially wrote about them following the announcement.

For starters, each of these coins remains in the top 25% of the more than 200 coins I ranked this week through sentiment analysis of nearly 150 crypto influencers and traders, even amid the grueling bear market we’ve been stuck in. So that’s a good sign. But there’s been some shifting among the five coins.

So here are how the ‘Coinbase 5’ currently stack up:

Ox may be a victim of its own success. When the Coinbase announcement was made, $ZRX was retracing from a remarkable run.  After a brief bump, it continued to bleed and got beat up bad this past week. It might be a natural swing, but Ox has fallen out of the limelight for now. It was the only coin here to have net negative sentiment over the last 10 days. 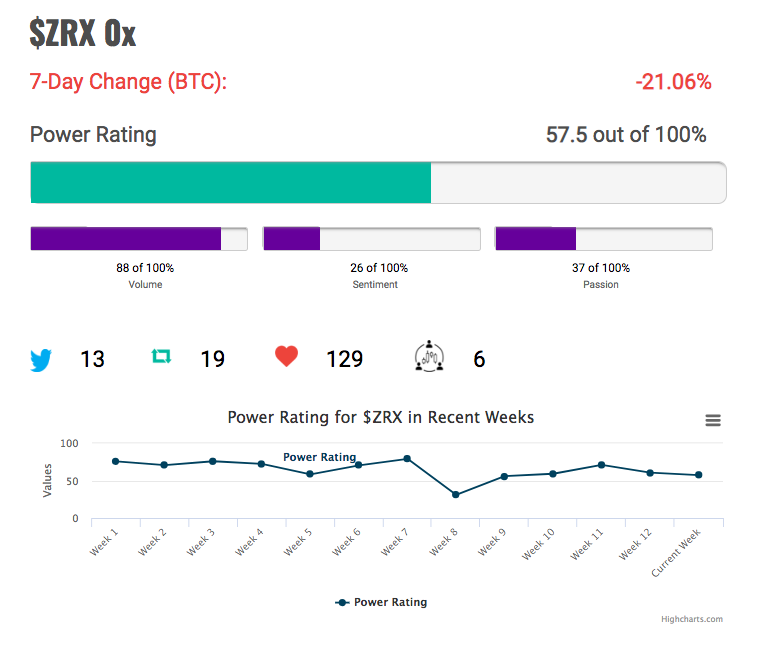 ZCash is something of a mystery to me, sentiment wise. It just has never gotten a ton of support from the folks I follow, or derision for that matter. Maybe it’s the price, maybe it’s something I don’t know, but for whatever reason, $ZEC remains near the bottom of this pack. 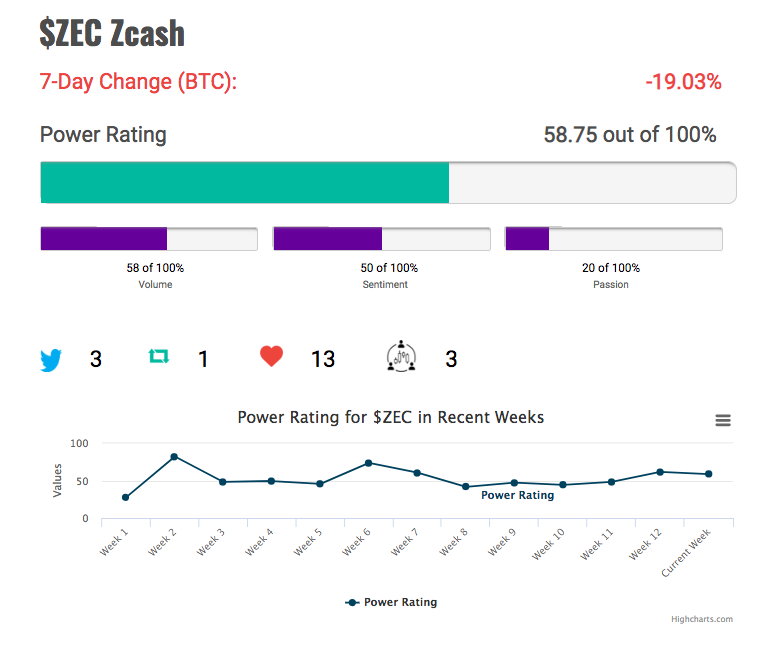 Stellar withstood the Alt bloodbath better than any large cap Alt coin, which says something.  $XLM ranked 25th out of about 200 in my weekly rankings, so it’s not far off the pace of the top 2. 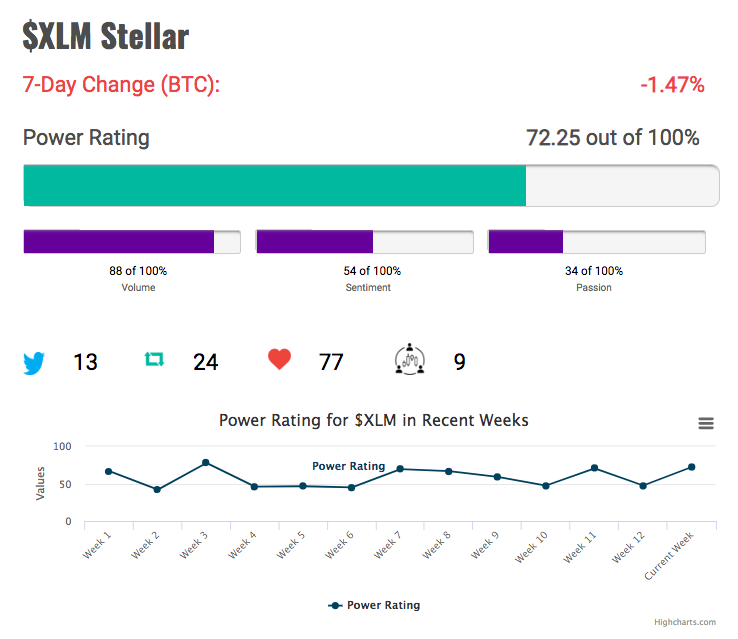 Cardano has been pummeled in the bear market, falling below 10 cents amid the Alt bloodbath this past weekend. But with retail integration expected by the end of September, it could have the most to gain of the five. 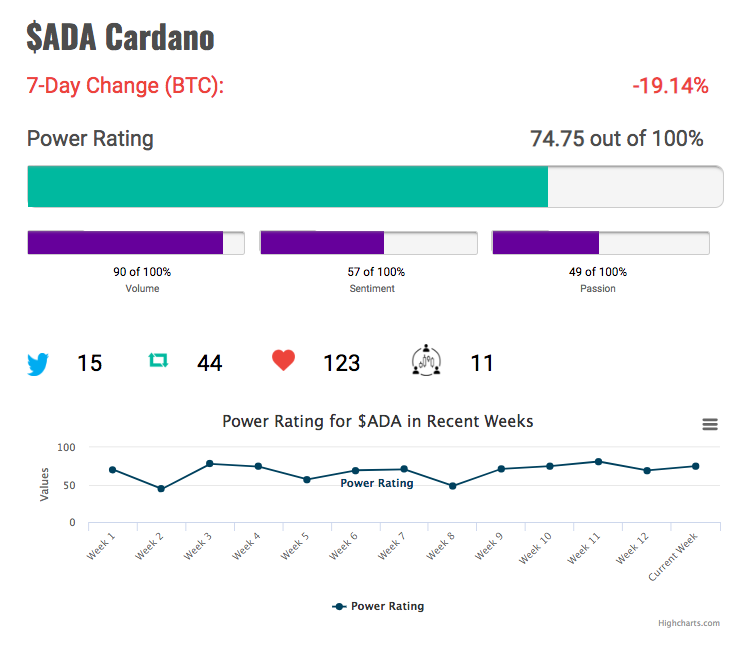 Basic Attention Token has had the most consistently positive sentiment of the five coins/tokens in the running for Coinbase.  Despite taking a shelling like most Alts, influencers remain high on this one, and it ranked #2 in my weekly picks. 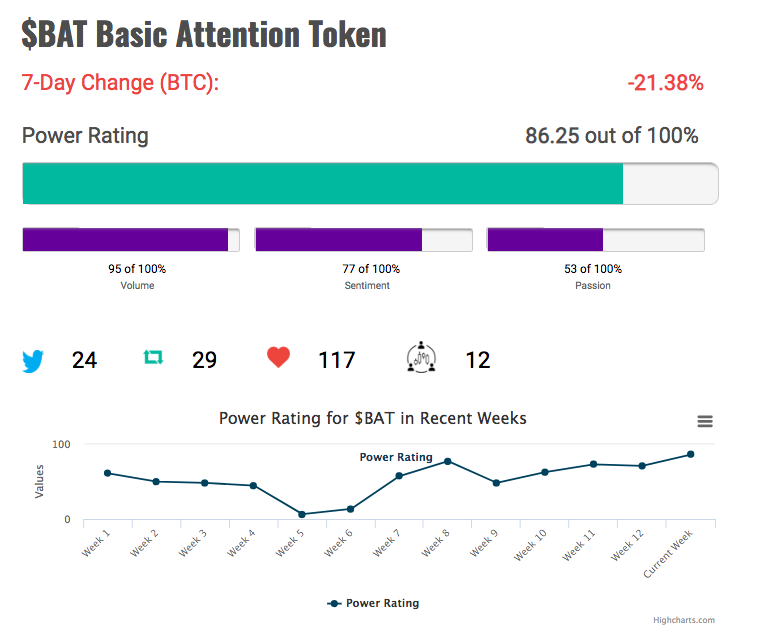