Will synthetic DNA push out Ledger and Trezor from the market? 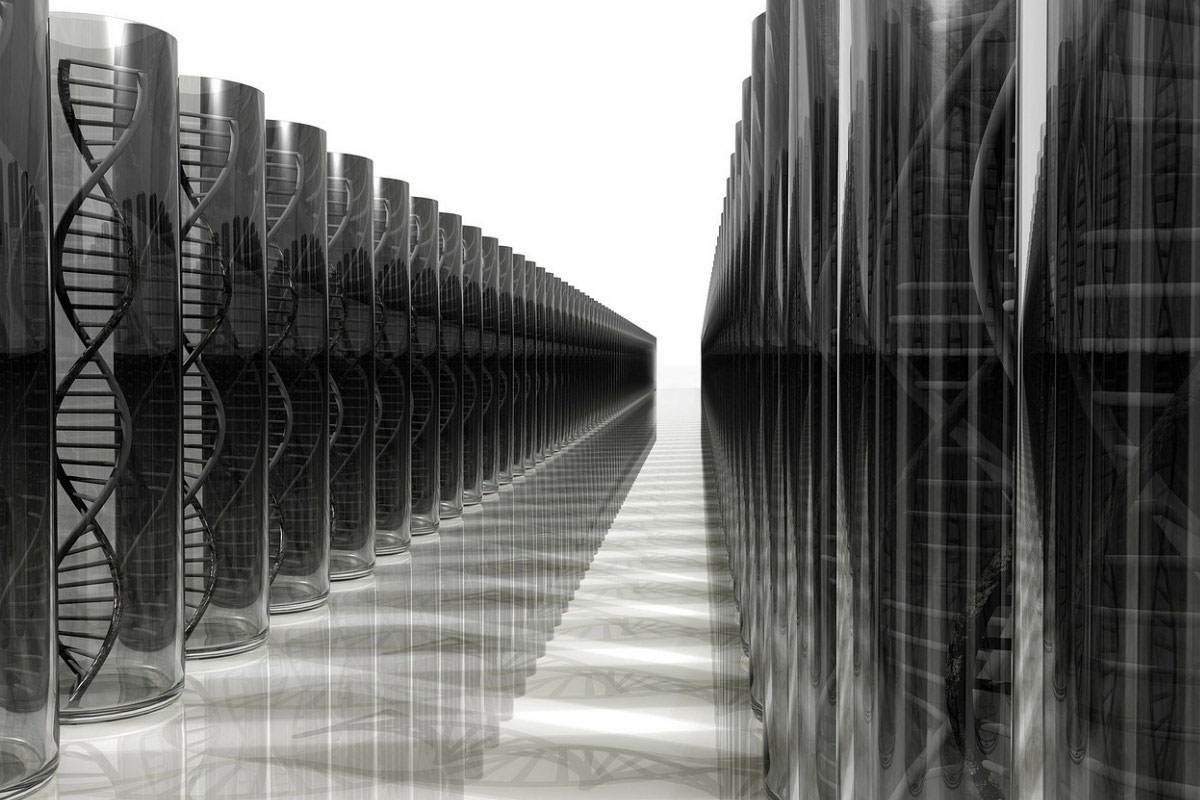 A couple of weeks ago, a small informational splash about the sensational way to store private keys spattered the cryptocurrency ecosystem. A startup, Carverr, introduced a unique synthetic DNA system, intended to secure the storage of any digital currencies.

Storing information in DNA has become a trendy topic in the last several years since the amount of data generated by humanity has grown exponentially. For instance, according to the International Data Corporation (IDC) and their recent report called Worldwide Quarterly Enterprise Storage Systems Tracker, in the second quarter of 2018 the total data storage capacity sold to enterprises was 111.8 exabytes (+ 70.7% year over year).

As an old (dated by 2003) but highly quoted research from the students of the University of California at Berkeley’s School of Information Management and Systems states: “five exabytes is equivalent to all words ever spoken by humans since the dawn of time.” This means that there’s a growing amount of information that needs to be held.

DNA seems like a perfect medium for it, as it’s been around for the last 3.5 billion years or so (and not forgetting about your floppy disks or USB drives that could store up to a smashing 8 megabytes). Its capacity is impressive: around 10 tons of DNA was needed to store all the world’s data back in 2017, which is something as small as a half of the trailer. Furthermore, it’s capacious, unhackable and won’t become obsolete any time soon.

We won’t be overbore you with details on how the DNA data storing works, but you can check this great video from TED-ed, brilliantly explaining the concept:

It’s clear the potential is enormous. So far, one of the main downsides was the price: storing 12 megabytes of data on DNA may cost up to $100,000 USD. That’s why the developments in the niche were up to giants like Microsoft – who are very bullish on synthetic DNA as a future standard for data storage – but probably solving the riddle of storing private crypto keys is unlikely to be their main priority.

This means that it is quite exciting to observe the efforts of Carverr and company’s CEO, Vishaal Bhuyan. Their value proposition to crypto hodlers is the following: “Send us an encrypted passcode, passphrase or private key. We turn your data into synthetic biology. Once your test tube is ready, it can be shipped back to you, or you can elect to have Carverr store it on your behalf. Currently, your data is best suited for storage in a freezer (4° C). However, a shelf stable version is currently in development.”

Vishaal is a fascinating person and has quite a diverse background. He dedicated many years to investment management. From 2007 to 2015 he worked as the Chief Investment Officer of Nariman Point, LLC, a New York-based firm working with demographic-driven instruments, including areas like insurance and longevity/mortality. He is an author of several books on investing. For instance, he wrote Trading Longevity & Mortality Risk with Life Settlements & Linked Securities and The Esoteric Investor. He also helped his wife Sarina to set up and launch her business – selling Lily Puffs, a snack high in vitamins B, magnesium, and all that good stuff made from puffed highly roasted and seasoned water lily seeds. The couple raised $25,000 USD through Kickstarter campaign.

Although there are some bald spots in his DNA synthesis expertise, Bhuyan still has a solution for that:

“By being involved in crypto I saw that storage is a major concern and that this technology could be a real solution. Moreover, it could be a long-term solution for data storage in general. I see trends, do analysis and build teams of experts. I do not believe you need to apply anything other than common sense to build a business. I spent the majority of my career in finance managing complex swap portfolios created to hedge customers for risk. I am by no means an expert in synthetic DNA. However, I employ experts, including advisor Ellen Jorgensen, a world expert on synthetic biology.”

As previously mentioned, the service is notoriously expensive but CEO of Carverr has so far managed to deliver the product to 28 retails customers for $1,000 USD per head. DNA-related services were already brought to the consumers’ market before. In ordering the product, I personally had experienced some trouble. For instance, once I purchased a 23andMe DNA ancestry testing set and had sent my samples back to the laboratory, I waited six weeks and received an email saying: “Your Analysis was unsuccessful. Our laboratory attempted analysis of your saliva sample but the concentration of DNA was insufficient to produce genotyping results.”

So, I asked Carverr how it works and he responded: “That is different. 23andMe has to analyze a lot more information. Our synthetic strands only contain the password. It’s tested on both sides, and we know how to prevent errors. Synthetic biology is used in many other applications such as medicine and agriculture and percussion is important.”

However, even though cutting the costs and providing no-mistakes services are important for consumers market, the retail customers are not what Vishaal is after: “We are going to stop individual encodings. Our target customers are big funds and banks with millions of passcodes to store and pricing, in this case, will be much different. And the pilot program was created for them to test our service. We raised money from a group of angel Investors in the hedge fund world and now preparing to pre-sell our services to customers. We hope to be in a pilot program with 10-20 banks and funds over the next 12-18 months. Each of these customers could be holding tens of millions of passwords and pass keys. Banks and funds in the pilot program get tokens for free. But the tokens will also be available during the private pre-sale shortly, and the best way to track it would be signing up for the announcements in our Telegram group.”

Defining the real challenge for the company now, Vishaal mentions fundraising up to the point where it will be possible to achieve the optimal costs and service quality ratio. He seems to suggest that he has a plan to solve it, saying:

“It’s about allocating capital to make the technology more user-friendly and cost-effective. We estimate that $20-30 million USD can be directed to certain bottlenecks in the process to bring our encoding costs down tremendously. Above and beyond that it’s about building our infrastructure. We just made some great hires that I will announce very soon, and they have experience working for names like Civic token, Goldman Sachs, Nokia, and cutting-edge biotechs.”

He continued to explain that they are:

“Continuing to build a team of biologists, cybersecurity professionals, financial professionals, and hardware people is very challenging. In addition to that, conveying the power of new technology to large slow moving organizations is always challenging, but that is why the rewards are so high. Advisors like Alex Chung, founder of GIphy, Deepak Hathiramani, whose cybersecurity firm advised a group of intelligence agencies and made $170 million USD a year in sales, and Ellen Jorgensen, who is an expert in synthetic biology, really help guide us and keep us from making expensive mistakes. Also having investors like Michael Thompson, who ran BHR CAPITAL and now Public Venture Capital, a senior partner at a $15 billion USD hedge fund, and some other hedge fund managers allow us to draw on a robust network to solve some of the issues we are facing.”