“We need to fight for Bitcoin to live” – Simon Dingle 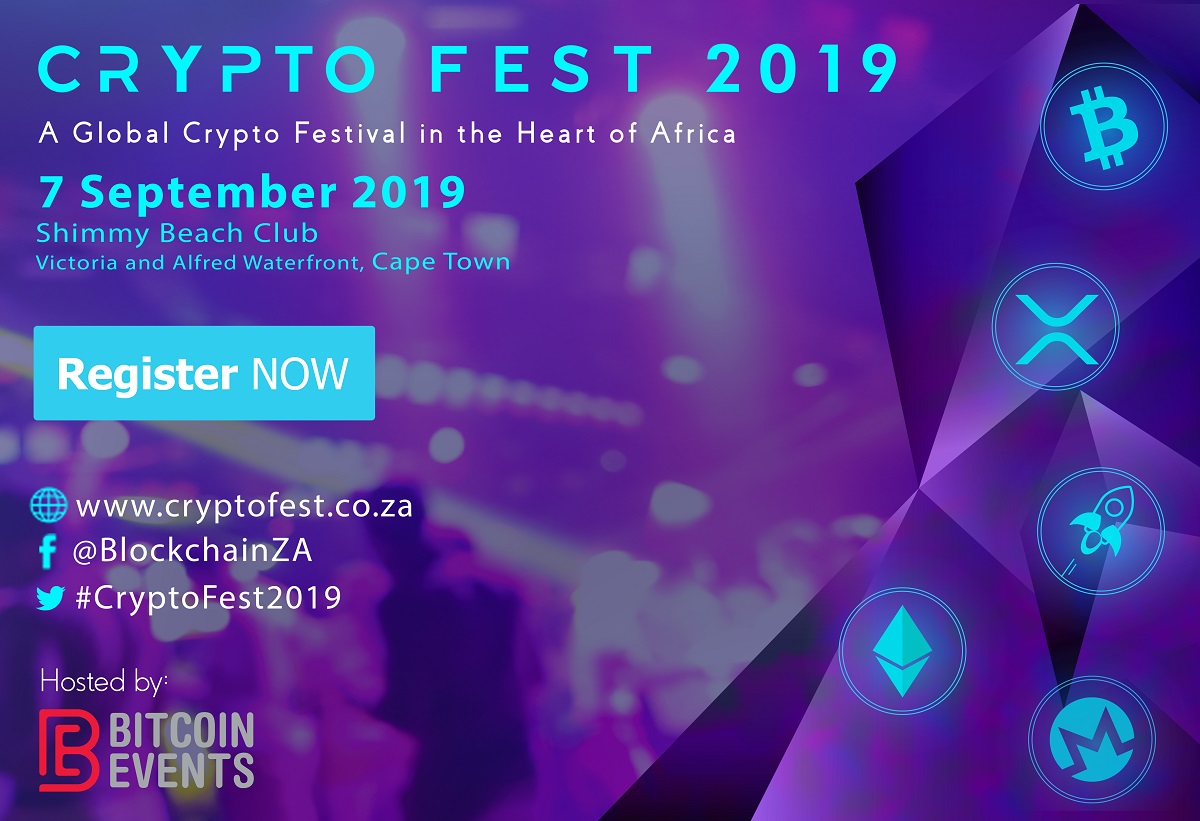 The Crypto Fest 2019 highlighted the importance of digital platforms and innovative technology through a showcase of the ground-breaking ideas from forward-thinkers.

Based at Shimmy Beach Club in Cape Town, the conference provided a space for interested investors looking to diversify their portfolio as well as a platform for blockchain experts to further explore the technology.

WOW what an amazing #CryptoFest2019 day!

Thank you to our cryptofam who came out to join us?

Key themes running through the conference surrounded the idea that blockchain and cryptocurrencies are going to be the forerunners of money as we move forward into a more digital space where individuals have privacy and security from central authorities. Keynote speaker Richard de Sousa commented on the structure of current society, stating:

“Modern-day slaves are not in chains, they are in debt.”

He continued to say that the problem is that we are roped into a system in which individuals are put in and kept in debt. De Sousa suggested that we have no legal control over the portion of our funds that are put away into this system. However, later he held the private sector at the point of the problematic system.

The conference stepped away from the traditional model and held debates or “battles” for individual standpoints on contentious issues. One of the heavy-hitting points was the battle between Bitcoin vs Bitcoin Cash vs Bitcoin SV. Lorien Gamaroff, co-founder of Centbee, defended Bitcoin SV and Craig Wright, saying that Wright might not have the keys, but it doesn’t mean he doesn’t own the Bitcoin.

Further controversial statements came from Rocelo Lopez fighting for Bitcoin Cash, saying “Bitcoin’s Lightning Network is the most bullshit thing Bitcoin ever did“, stating that he thinks it’s too close to banking. Warren Gray, co-founder of OpenMint and Blockstarters, supported Bitcoin, saying that the hard forks acted as testnets for what not to do in a protocol, following his point by saying Bitcoin’s sore-points, such as fees and scalability, aren’t as problematic as people think.

Simon Dingle, tech expert, likened the integration of cryptocurrency in current systems to Microsoft trying to combat the adoption of open-sourced platform Linux. He explained that the decentralised network was targeted by the tech giant, but eventually won out. “Bitcoin will win for all the same reasons”, Dingle commented, saying that the decentralised and open-sourced concept offers a better alternative for money, becoming a threat to banking systems as we know it.