Crypto ATMs in the United Kingdom slapped with warning 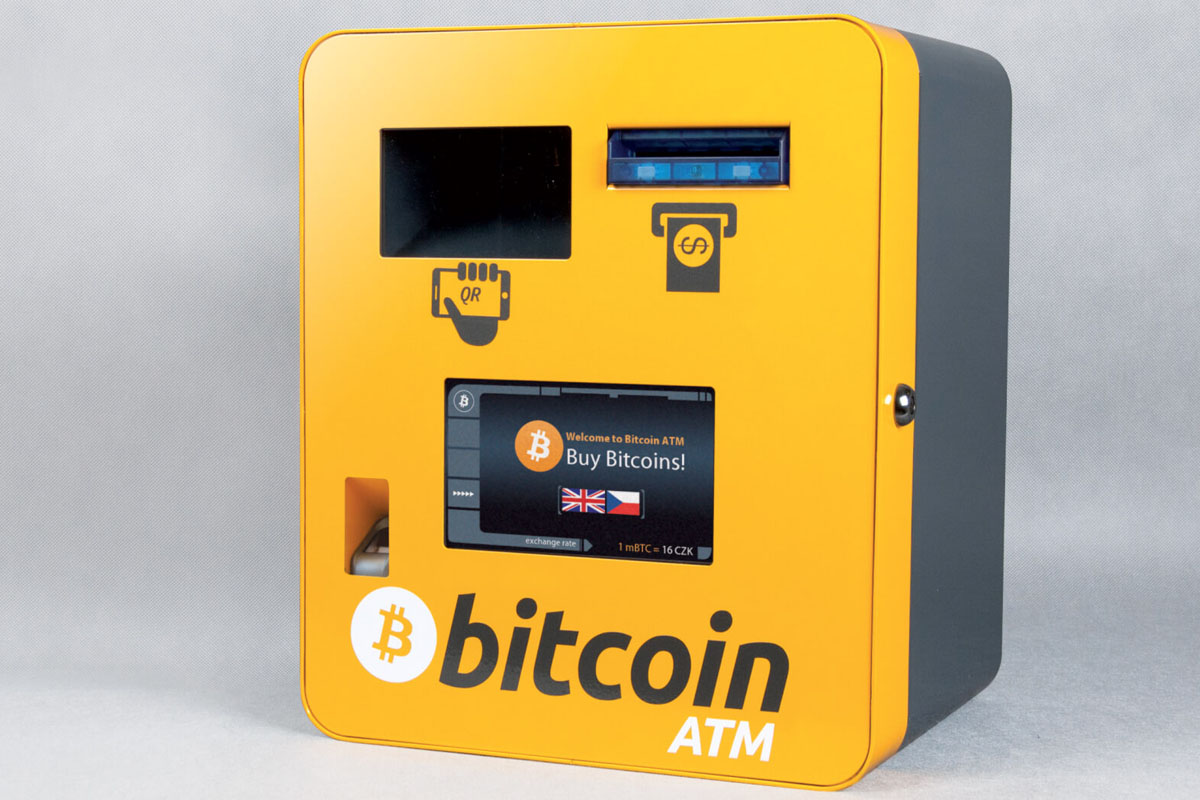 The United Kingdom’s financial regulator, the Financial Conduct Authority (FCA), has slapped a stern warning on Bitcoin ATMs in the region operating illicitly without compliance.

In a note published earlier this week, the FCA issued a ruling on Bitcoin ATM operators, outlining them to shut down their operations or face further legal action from the financial watchdog. Focusing on unregulated and unregistered cryptocurrency ATM operators, the FCA’s stern warning notes the intention to shut down the ATM operators should they not respond to the notice.

“None of the cryptoasset firms registered with us have been approved to offer crypto ATM services, meaning that any of them operating in the UK are doing so illegally and consumers should not be using them. We are concerned about crypto ATM machines operating in the UK and will therefore be contacting the operators instructing that the machines be shut down or face further action.”

The financial regulator pointed out an absence of regulatory infrastructure in place as a reason for the strong enforcement, including the want to protect investors against the volatility of cryptocurrencies, citing them as an “unregulated and high-risk” asset class. With anti-money laundering regulations in place with registered cryptocurrency firms and ATM companies, those without legal framework do not fall into legal operations. Approval has been granted to 33 cryptocurrency companies over the last two years, under the Money Laundering Regulation (MLM) framework. These include Gemini Europe Ltd, Galaxy Digital UK Limited and eToro UK Ltd. Any firms that do not comply with the legal framework and have not been registered will face further legal action if they do not halt operation without the correct registration in place.

Bitcoin ATMs in the United Kingdom

According to data complied by Coin ATM Radar, there are 81 Bitcoin ATMs in the United Kingdom, set up by eight companies across the industry. Of this, 32 of them are legally listed with the bulk (19) of them operating in London. According to the FCA, 33 companies have been operating Bitcoin ATM services in the region without suitable licensing and filing.

The number of ATMs in the region over the years has shrunk as a result of stricter regulations from the financial watchdog. At its peak in February 2020, the United Kingdom had 283 listed Bitcoin ATMs available. Following the latest notice from the FCA, the figure of ATMs listed fell from 98 on 1st January 2022 to the 32 listed and registered at present. 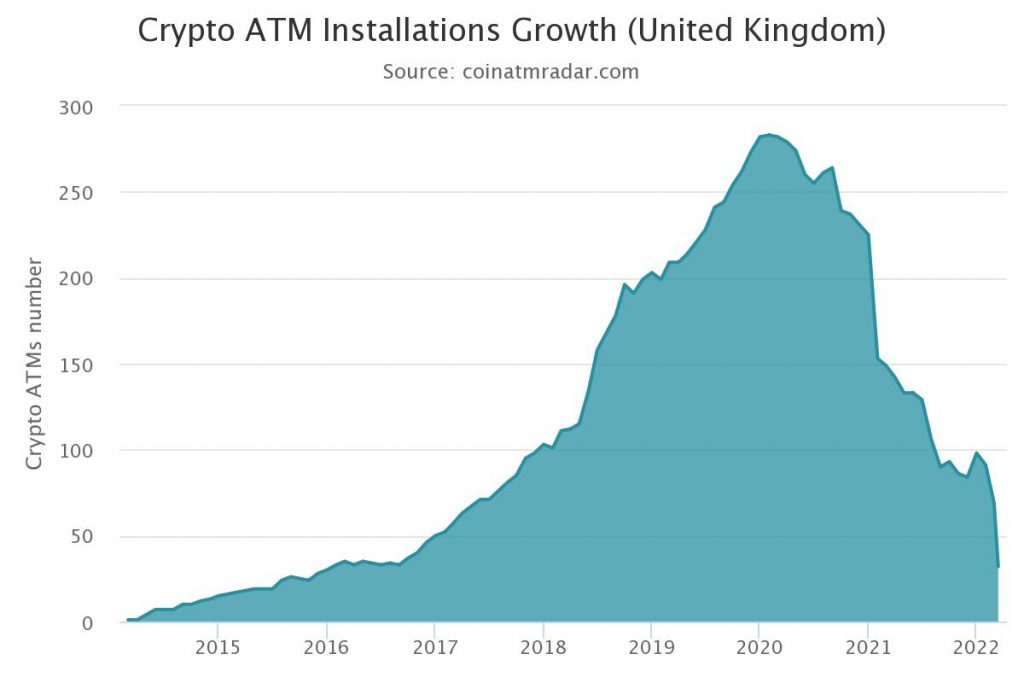 The rise of crypto ATMs

Over the past few years, ATMs offering cryptocurrency and Bitcoin withdrawals and deposits has rapidly inclined. Although there has been a slowdown on how many ATMs are establishing in the world, there has still been a major trend of Bitcoin adoption through ATMs. Looking at the chart, we can see the trajectory has shot up since 2020 with a massive growth rate of ATMs listed. 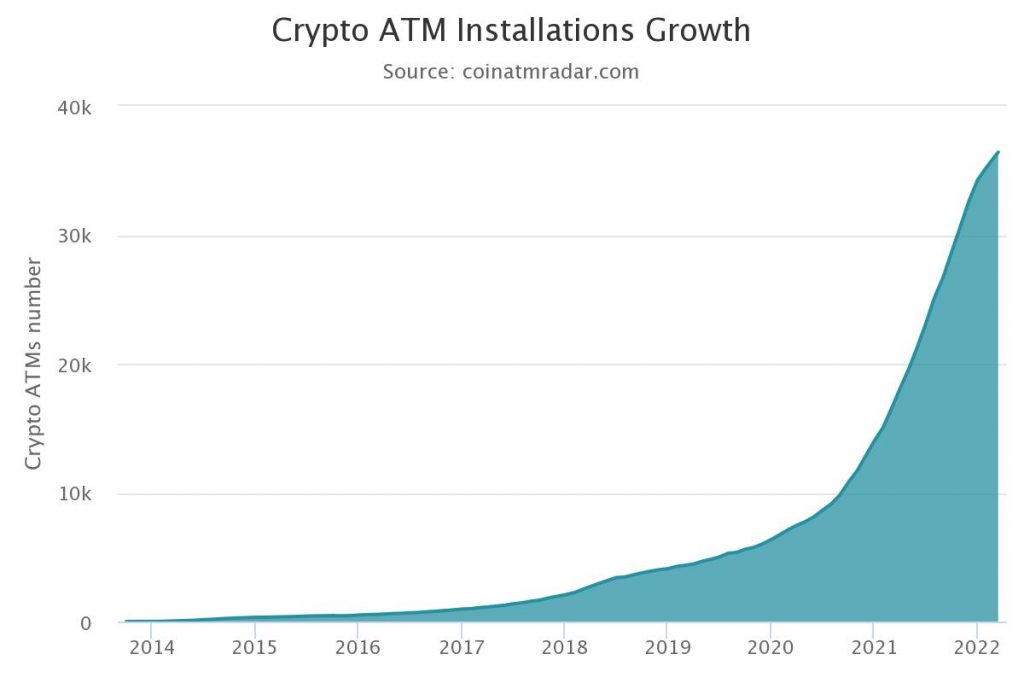