CoinInsider Cartoon: When the Bear breaks up with the Bull

Kraken’s Jesse Powell certainly does, according to his recent tweet about the New York Attorney General Office.

NY is that abusive, controlling ex you broke up with 3 years ago but they keep stalking you, throwing shade on your new relationships, unable to accept that you have happily moved on and are better off without them. #getoverit https://t.co/DC5S1WyRnp

Powell’s tweet comes as a result of a recently released report by the OAG. The State report highlights the results of an investigation into cryptocurrency trade exchanges The findings point to “vulnerabilities” that comes from an absence of transparency and fairness in the exchanges. According to the OAG, these suggest that the exchanges, as well as users of the platform, are susceptible to manipulation. 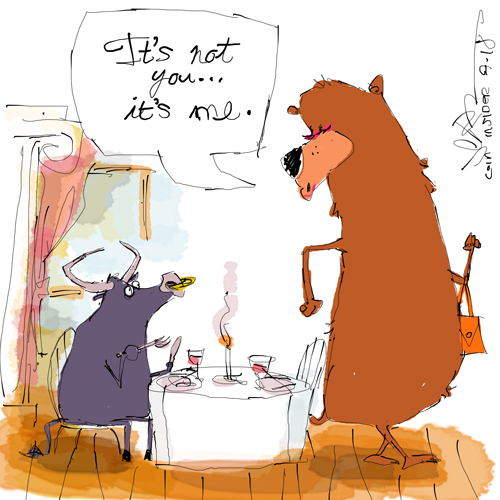 Yeah, we know, it’d be bullishly difficult to try and market a “happily-ever-after” story here. And bear in mind, we’ve tried.