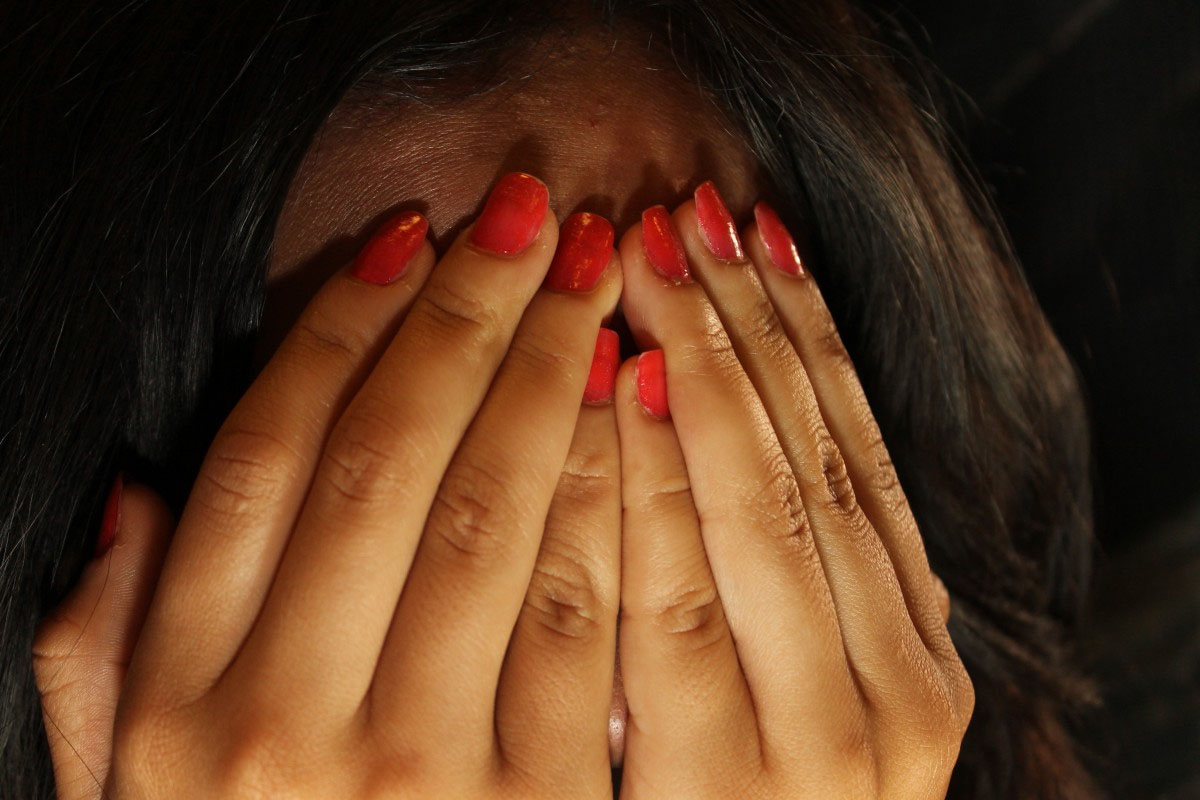 No, there’s nothing wrong with Katy Perry sprucing up her nails with crypto logos and posting it on Instagram, or Kim Kardashian demonstrating the first Bitcoin that she received as a gift from Mathew Roszak. It’s also okay that Ashton Kutcher donated $4 million USD worth of Ripple’s tokens to Ellen DeGeneres Wildlife Fund during her show.

However, when it comes to getting paid for promoting something, some celebrities should be pickier when choosing a side hustle.

In this list, we explore celebrities who were a part of endorsing cryptoscams.

Steven Seagal and Bitcoiin: $250 million USD in a token sale

In February 2018 he became the “World Brand Ambassador” for Bitcoiin, a project driven by an idea to “to make a superior or more advanced version of Original Bitcoin.” As soon as the project’s initial coin offering (ICO) was coming to an end, the project’s founders and Seagal left the scene, deleting all social media posts referring to the project. The timing is also suspicious and the departure could have been after Bitcoiin was hit with a cease-and-desist order for the fraudulent selling of unregistered securities. In March, the company was also slapped with regulatory warnings for suspicious behavior.

As stated in a press release published on 9th April 2018, the sales had almost hit $250 million USD. It’s not clear who received the money and how the funds were supposed to be spent exactly. In the same press release, it was announced that the autonomous trading ecosystem of products, including Bitcoiin B2G, B2G Wallet, Thorex.net – an instant cryptocurrency exchange platform- and Dragon Mining Technology were being launched. However, the “advanced Bitcoin” clearly didn’t take off. According to SimilarWeb the number of Thorex.net unique monthly visitors in July 2018 was sitting at 9,628 (compared to that of 39.2 million for Binance within the same timeframe).

The last tweets on @Bitcoiin’s twitter feed were mostly featuring announcements about listing on a controversial exchange and “to the moon!” type of messages.

Paris Hilton and Lydia: Teaming up with 47 felonies

Next on the list, we have the partnership of Hotel Heiress Paris Hilton and another man of surprising moral standards.

Gurbasksh Chahal, an Indian-American entrepreneur, is known for his love for harassment, discrimination, and ability to hit his own girlfriend 117 times on camera (for which he was consequently charged with 47 felonies).

Chahal-of-47-felonies came up with the idea of Lydian, the “first marketing cloud for blockchain” and decided to invite Hilton to advertise it.

When Hilton started the promotion in September 2017, she was heavily criticized for it, with the likes of Forbes followed up on her tweet (which has since been removed) announcing the endorsement and asking the director of research at Coin Center, Peter Van Valkenburgh, to have a look at the coin. Van Valkenburgh commented that the project seemed “nonsensical”. 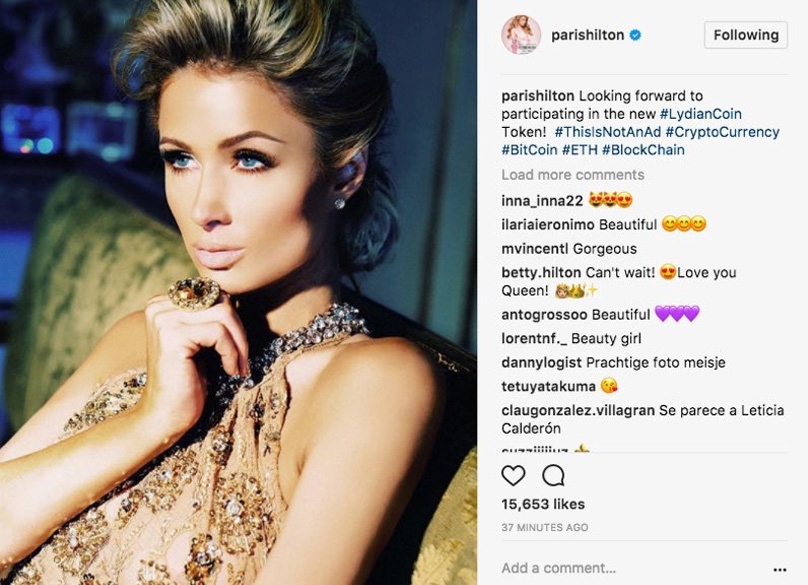 Despite a very questionable idea, a suspicious white paper, and a shady background of project’s founder coupled with equivocal ways to promote the ICO, the “nonsensical” project managed to raise $11.3 million USD worth of tokens, as documented by ICO Bench.

According to a paid press release, the “promo price” for early buyers was $0.25 USD per token, including a 50% discount. This means the full price was to be $0.5 USD per token. However, at the end of the token sale, a further 50% off promotions were announced through Lydian’s social media channels.

The price of the token at the time of writing this text is $0.028 USD, according to exchanges “>CoinCodex. However, no exchange offers the trading of the token, and what happens next with the project still remains unclear.

Meanwhile, Hilton deleted her posts related to the project, and Chahal has been enjoying freedom in India despite his transgressions. He informed his some 122,000 twitter followers that he was enjoying Independence Day in India earlier this month.

Former Miss Iowa, Jessica VerSteeg, opted to go into a cannabis business after losing her boyfriend Tyler Sash, a breakout NFL player, to his addiction to opioids which led to a death from overdose.

Combining an awkward business idea (notable, considering she had lost a loved one owing to a drug addiction) with her passion for cryptocurrencies VerSteeg launched her own blockchain and dubbed it the ParagonChain. The hub of Paragons solutions aimed to “revolutionize the supply chain tracking for the cannabis industry.”

Although she might lack the tech skills, VerSteeg definitely knows how to sell the token, utilizing all the tricks in the book, including controversial scarcity raising tools. In order to raise more awareness, VerSteeg also lured rapper ‘The Game’ to participate in the campaign’s promotion.

The ICO of ParagonChain’s token, PRG, started on the 15th September 2017 with the starting price of $1 USD per token and increased by $0.05 USD daily until the final day of the token sale. The token sale resulted in over $70 million USD of funds raised and currently, CoinMarketCap states that PRG is traded at $0.049 USD.

However, it was not clear what has been done from the tech perspective of the things. Up until now.

In June of this year, there were announcements regarding the class-action multi-million dollar lawsuit against The Game for helping market the ParagonCoins. The investors pursuing the case are also up for putting down the ParagonChain permanently.

The claim is that the company used the funds from the ICO not to change the cannabis industry, but instead to buy the real estate. According to the recent revelation from VerSteeg, the claims are true.

Now she is up for opening cannabis friendly co-work on WeWork. Given that recent WeWork evaluation was at $35 billion USD this might sound like a good plan on paper, however, WeWork is looking at $933 million USD of net losses against $886 million USD of revenue in 2017, so VerSteeg’s company might have its work cut out for it.