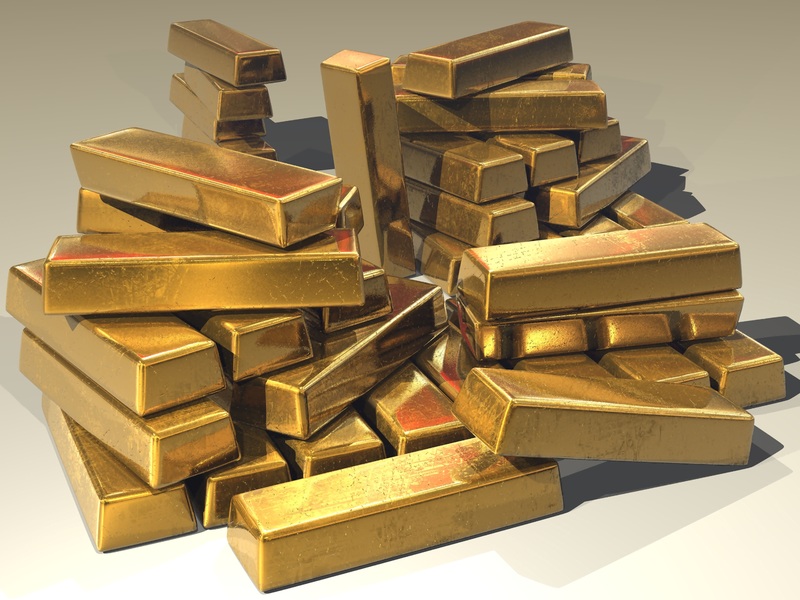 Known Bitcoin bull Anthony “Pomp” Pompliano predicts that Bitcoin’s market cap will be higher than gold’s by the end of the decade, commenting on Twitter:

Posting this as a receipt for the future.

In response, American stockbroker Peter Schiff suggested that Bitcoin’s market cap will plummet by 2029 to below “the market cap of a baseball cap.” Pomp replied to a bullish comment that it will likely happen before 2029, offering that he was being conservative in his prediction and that many things could account for a slow of growth in the cryptocurrency industry.

Maybe. Think approximately a decade is rather conservative, so trying to account for many things that could possibly happen to slow growth

Pomp’s prediction is that by 2029, Bitcoin’s market cap will be higher than gold’s compared side-by-side. Should that come to be the case, it would require an enormous accelerated gain in value from Bitcoin from both a value point-of-view and a trading perspective. Looking at Bitcoin’s trajectory, it stands within reason to believe it’s possible. The asset was developed and launched just over a decade ago, and has seen an enormous gain in market cap, trading price, and popularity since inception and it continues to show signs of bullish growth.

Read more: What Is A Better Investment Between Bitcoin And Gold

Comparing gold to Bitcoin’s value, we can consider the previous ten years. The gold market in the past decade has remained mostly stable, with the exception of a sharp decline in 2013. From there, the precious metal regained its value to see a positive incline in value over the past two years. At the time of writing in the midst of the global pandemic, gold is nearing an all-time-high value with a current price of $1989.50 USD per ounce; a whopping 10.52% increase in daily trading values. 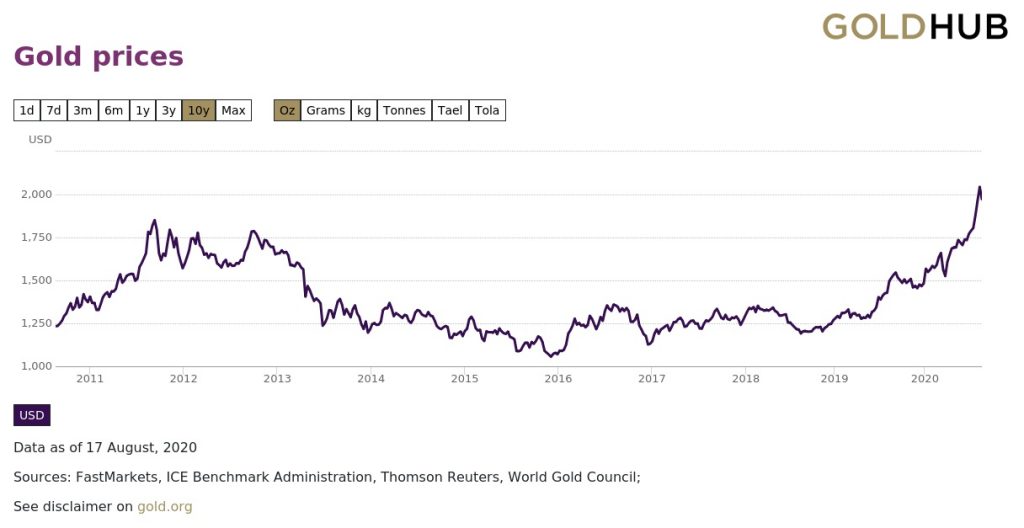 Bitcoin has seen a lot more volatility in the past few years than gold, given how the market has been in a constant state of adoption and correction. Bitcoin saw its first spike at the end of 2013, marking its first cycle of increases. The cryptocurrency saw a record high of $20 089,00 USD in December of 2017, whee it held for a short amount of time before traders sold off for profit. In the latter part of 2018, Bitcoin price hit significant low points, trading just above $3,000 USD before seeing an increase once more in March 2019. Since then, it continued at a reasonably steady rate until midway through last year, where it lost and gained value with characteristic volatility. At the present time of writing, Bitcoin’s price is at $12 268,83 USD, showing a 3.73% increase in daily trading values. 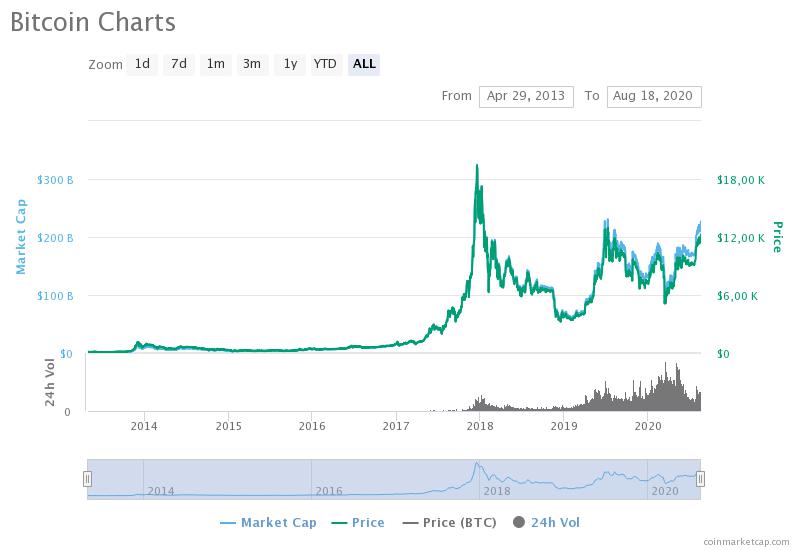 Like gold traders, Bitcoin and cryptocurrency traders tend to buy and sell according to numerous factors, including the price of fiat assets and the economic movements of the US Dollar. As the US Dollar seems to drop, both Bitcoin and gold rise in value. This has been evident as a result of the global pandemic and uncertainty about the US Dollar’s dominance.

Given the quick spikes Bitcoin shows when the sentiment is positive about the token’s future trading and the price, it is possible that the cryptocurrency market will overtake the gold market in time. Whether this will happen and – if it should – whether Bitcoin market cap and value can hold above that of gold will be seen in time. If Bitcoin does exceed gold in value and market cap, it will likely be at the mass adoption of the use of cryptocurrencies for both trading and daily transactions across the globe.