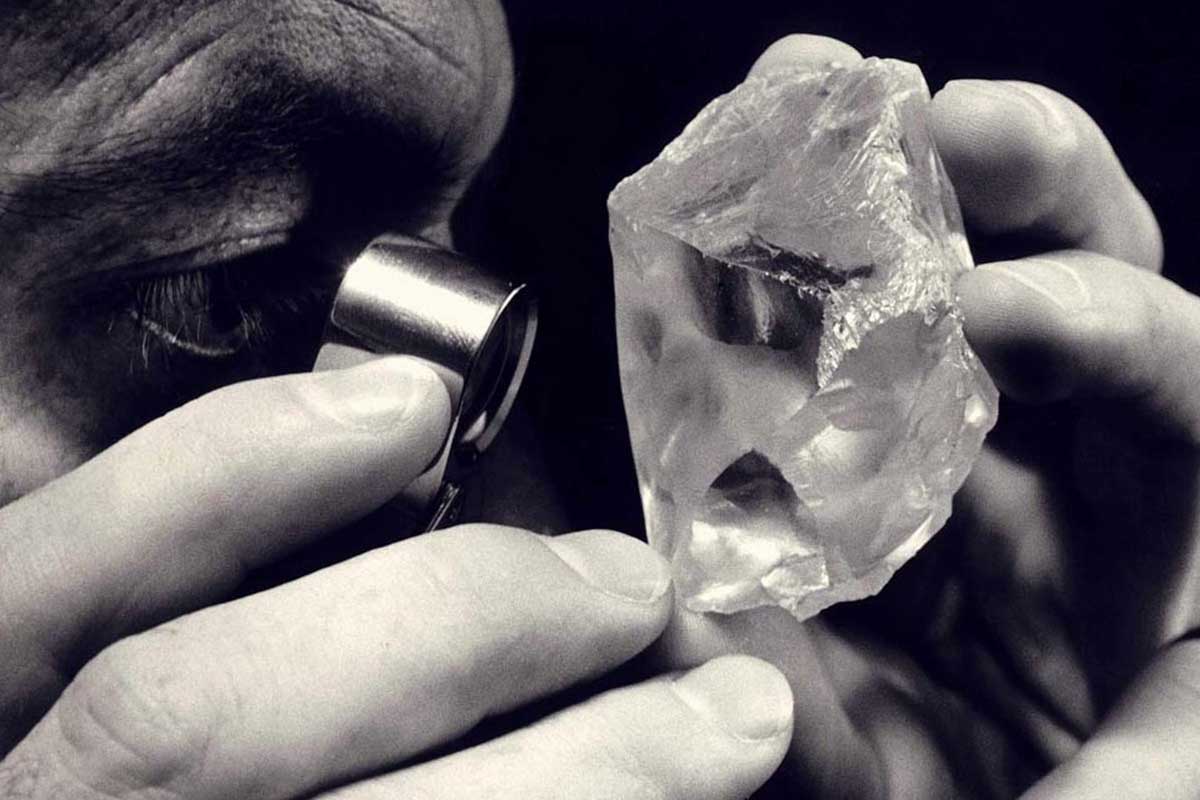 Got those summertime blues?

The price action has been dull. The volume has been low. And for the most part, most of the market has been on a slow bleed for months.

But a lot of Alts are hitting their 2018 lows, which could also be an opportunity.  So I’m back with another edition of Buy Low Sell High, where I look for coins with high sentiment despite recent price drops.

As always, I’m scraping social media data from 135 crypto traders and influencers, pulling out the coins/tokens they mention and running sentiment analysis on each of those mentions. For this though, I’m pitting the sentiment analysis against real price action over the last seven days.

The following four coins/tokens have remained strong on sentiment or turned around completely in recent days, which both signals support among the community and/or a potential turnaround in the offing.

As I always caution, much of this remains dependent on Bitcoin If the big daddy crashes, most of the Alts will follow.

With that said, here are our four diamonds in the rough for this week. 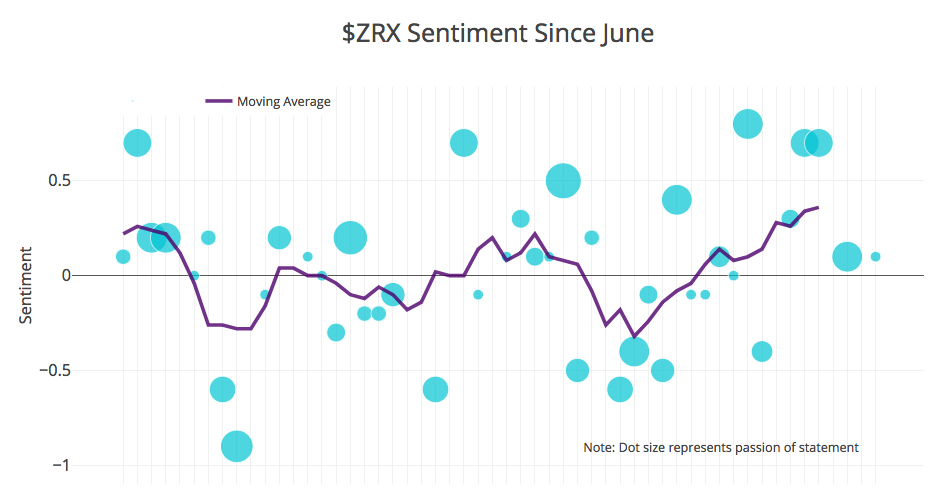 One of the hottest coins on the market this year, $ZRX has cooled off considerably in recent weeks.  It’s price has fallen well below $1, but a nice move last week has people feeling optimistic again.  It also rallied harder than most Alts off of $BTC’s sizable jump Thursday evening. As of this writing, it was still down more than 12% over the last seven days. 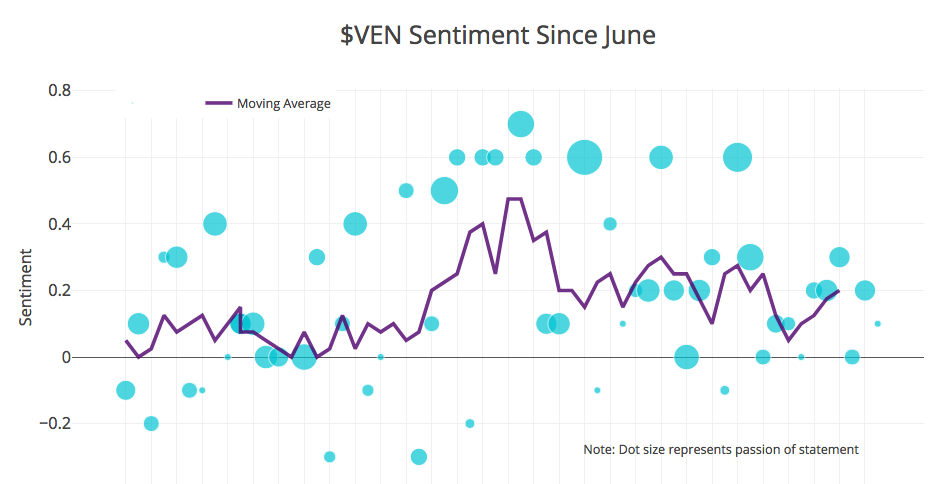 $VEN is one of those coins with a strong community and good deal of respect among influencers — it’s rare to see it’s sentiment turn completely negative.  But it’s lost nearly 15% off its price in the last week alone and has been feeling the hurt like many of the alts.  After its sentiment cooled considerably in recent weeks, it rebounded over the last few days. 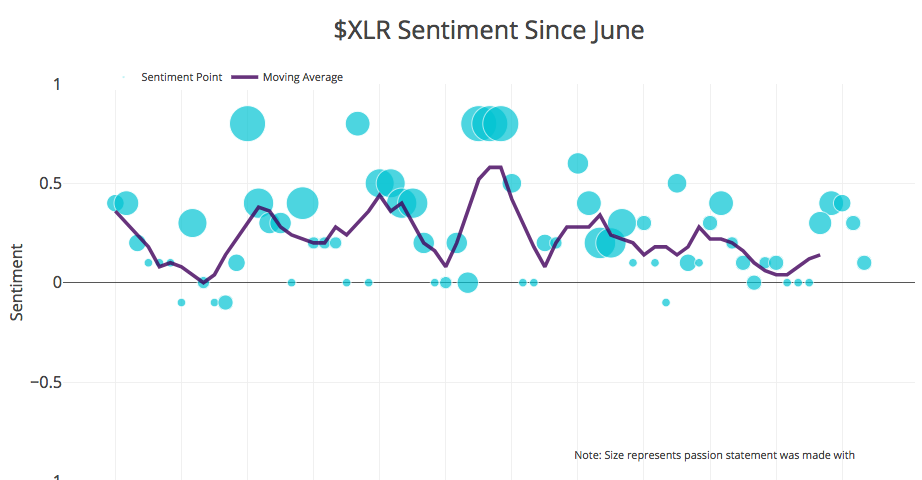 $XLR is one of the few coins that had a solid June, but it’s cooled off considerably since then, losing more than 20% of its value in the last week alone. It’s a low supply coin and it continues to have abundant support. Even with it’s downturn, it was in the top 25 percent for sentiment of the nearly 200 coins I’ve tracked in the last week. 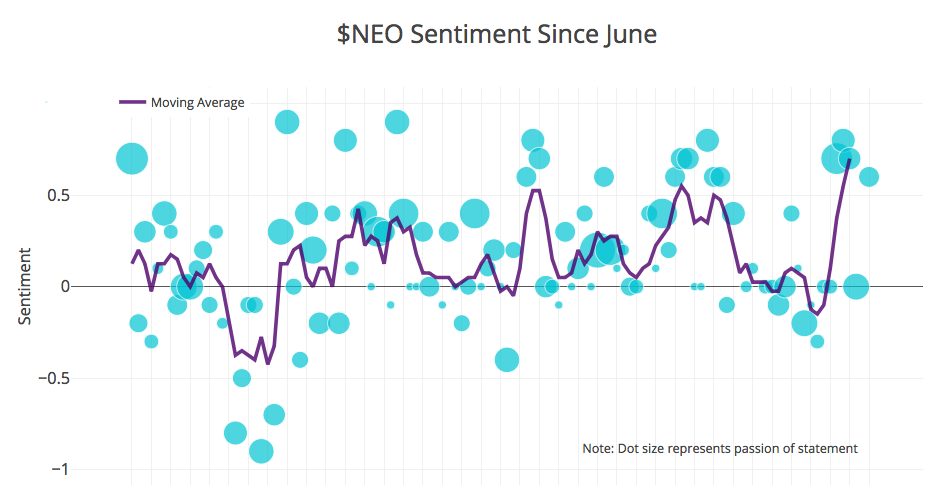 There are few coins that have been hurting more than $NEO in recent months. Its woes continued into the downturn over the last week, which chipped another 15 percent off its value.  But sentiment has surged in a big way in recent days, buoyed by some nice volume and bullish action.  It was in the top 20 percent for sentiment among the coins I followed this week.