The highest ever recorded number of Bitcoin tokens were withdrawn across exchanges a trend sparked through an outflowing on Coinbase’s platform.

According to data insights from research firm Glassnode, 20,660 more Bitcoin were taken out of custodial exchanges than were deposited. Coinbase, arguably the leading cryptocurrency exchange in the world, alone saw 20,787 Bitcoin withdrawn from its exchange, marking a figure higher than the total for all other cryptocurrency trading platforms.

As the charts from Glassnode reports show, there is a major difference between the Bitcoin coming in and leaving the exchange. It is plausible that this might not be representing the number of investors withdrawing, and it could be that a major investor or Bitcoin whale withdrew a major amount of tokens. However, despite the possibility of skewed data, it is still obvious that the outflow of Bitcoin was significant compared to those investing and trading Bitcoin through exchanges. 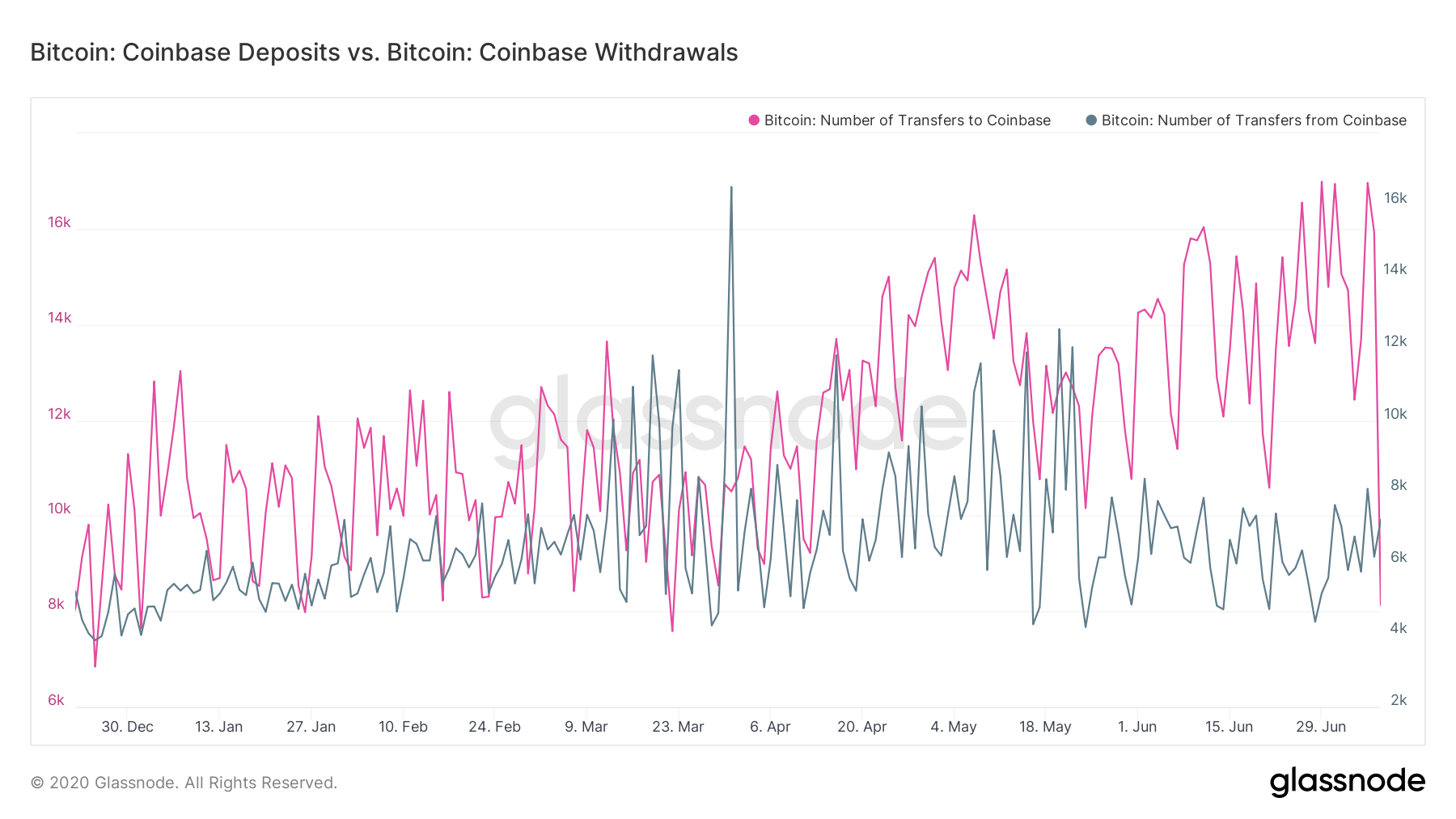 This Could Spell Bullish News For The Cryptocurrency Market

While it might sound like a mass removal of Bitcoin from exchanges represents a bearish trend, almost the opposite is true. If investors are opting to withdraw their funds (like to store in a more secure hot or cold wallet storage), it means they are looking to hold on for dear life (HODL) to their Bitcoin. This points towards a positive sentiment regarding the value of Bitcoin; as investors want to keep their Bitcoin secure, rather not store it or trade it on an exchange. Since the data shows that Bitcoin is being withdrawn, and not sold, it points to a healthy metric in the market. It’s possible that mass withdrawal will lead to a spike in Bitcoin’s price if more non-cryptocurrency investors start to perceive value in the digital asset.