Launching an ICO? Here how to build a strong community in the cryptocurrency space 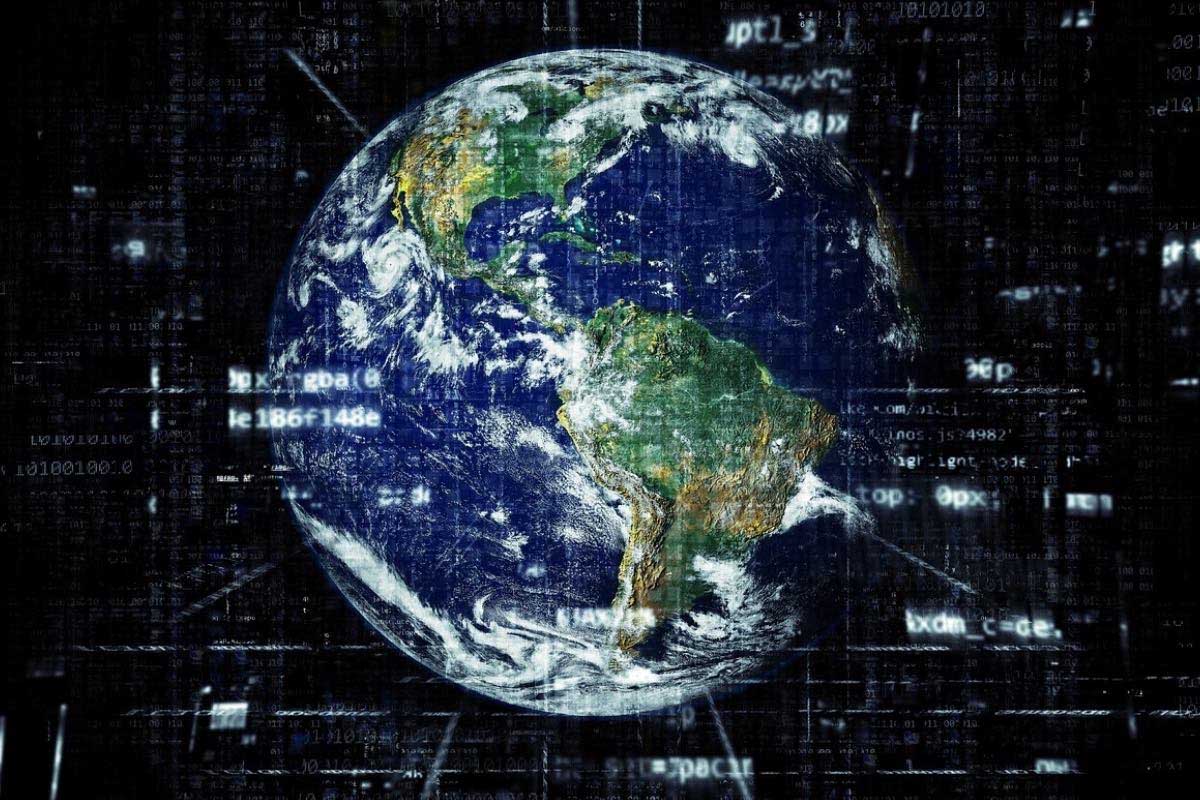 If it weren’t for the community support, EOS wouldn’t raise $4 billion USD, Ethereum wouldn’t survive the DAO story, and it’s hard to tell for sure that Bitcoin would be still around.

Remember how it all began? Bitcoin took off just when the affluent people became convinced that the digital gold had potential. Fortunes like Winklevoss twins, Peter Briger, from Fortress Investment Group, David Marcus, ex-PayPal executive Roger Ver all threw money to the future of Bitcoin back in 2013. They all participated in building that weird net of quirky people with often irrelevant backgrounds, experiences, and talents to make it work.

From Charlie Shrem, co-founder of BitInstant, the one to blame for feeding the success of Silk Road, Bitcoin payments powered dark-web drug market, to Mark Karpeles, ex-CEO of Mt Gox, who lost fortunes for his clients. All those were the pawns in Bitcoin’s influential community game, and those people were striving for a checkmate.

Is there any way to achieve the same level of commitment and passion for the project? And is it within reach of cryptos other than Bitcoin? And if yes, then how to accomplish that?

Rule №1. Learn from the mistakes and do better

The path of the HERO, a decentralized solution for iGaming, was bumpy when the project’s early investors were anxious about the future of the company since its Initial Coin Offering didn’t reach the hard cap. That was a tough experience, but the team took as much as they could from it.

Christina Roth, the Head of Communications at HERO, a decentralized solution for iGaming: “During our ICO we learned to focus on customer service. And we keep following this motto. We have answered over 5,000 emails and requests during our Initial Coin Offering and were treating every single customer as if they would invest $1 million USD brought the success. In a field where so much is unknown – the brands are not established, there’s no product yet, and maybe even team members are also unknown, all you have to do to earn trust is to be reachable. And, even if it seems obvious, we figured that having amazing community managers is the must. They need to be able to empathize, be patient and have excellent writing skills. A community manager for a crypto project is what a salesperson is to a shop. It can make all the difference. Meet your audience in person, learn what drives them and always include them in the decision-making process. They need to know before the community knows. And that’s how you keep them motivated and, as the result, helpful for your supporters.”

Bounty campaigns and airdrops (the distribution of a “free” tokens for performing some simple actions, like following project’s Twitter account or joining Telegram group) used to be a trendy tool to boost up community numbers. But not all projects agree on its efficiency.

Kate Kurbanova, the head of Community Development and Co-founder of Akropolis:

“At the moment, these actions seem to be terribly outdated since the most people joining using those are inactive. Furthermore, they consider bounty activity as a ‘job,’ meaning that they don’t care about the project at all. We’ve always been trying to allocate sufficient resources for the community health and engagement. The most recent example is the Akropolis Community Quest, during which our daily message count in Telegram chat raised from average 50 – 60 messages to around 2,000 at its peak – and the best thing is that these messages were quality, not just flooding.

In a nutshell, during the community quest we’ve been asking its participants to go through a series of fun and exciting tasks (solve the quiz, solve the riddle, find the hidden word) along with action tasks in Telegram. E.g., tell about the pension problems you have in your country) that led to discussions and provided some interesting insights for both the community and team members. This idea worked well for community engagement, and we are working hard on the next one – this time with more content, promotion and better user experience.”

The Emercoin team is mainly interested in quality community members that might bring the real value to the company’s development. Kostiantyn Bigus, the Managing partner of Emercoin, figured out how to attract those people by education the crowd, saying:

“It’s typical for an ICO project that community members are expecting from the team some proactivity to maximize token holders return of investments. That’s the only thing they care about. Emercoin didn’t run the token sale, and we had zero token pre-mined, so we are trying to re-educate the crowd and build the basic understanding of our core values. Some share of the audience gets it, and those people are staying, the rest will leave, but we don’t have any regrets about it.

We hear the questions like “When Binance?” or “When more marketing?” quite often. But those are the questions of the people who are living in an unrealistic world of exaggerated ICO promises. And our goal is to bring the people who are asking back to the reality of a business world. So, when another random internet stranger pops up in our Telegram group and says that he or she knows someone who can place an article in Forbes for $30,000 USD, I ask if they are eager to split the costs. Since we expect our supporters to be as passionate about the future of the project as we are, I am just trying to be authentic in explaining our core principals. Nobody ever agreed to split the costs yet. Some are getting offended by the offer and disappear forever, but some are staying and turning into a true, loyal, enthusiastic supporters. And that’s what we are looking for in community members.”

Rule №4. Make its possible to contribute to their lives

Dash came a long way from a concept to being one of the key players on the privacy coins market and crypto market in general. The project’s supporters have played a huge role to orchestrate that.

Ryan Taylor, CEO of Dash Core, shared some insights on growing community as broad and as happy as possible:

“The Dash network engages and supports its community through its unique governance structure, which allows anyone in the Dash community to submit a proposal to the network. Every month, these proposals are voted on by the masternode operators that form the backbone of the network, and if the proposal receives enough “Yes” votes, it is funded in a monthly budget. This system keeps the community engaged and empowers them to have an active role in shaping the future partnerships and developments of the Dash ecosystem. At current market prices, the Dash budget system produces about $1.2 million USD every month, which directly supports the growth of the network. As it grows, this budget does too. This creates a powerful positive feedback loop that allowed Dash to expand the services available on the network and attract a loyal user base.

And it’s important to mention that our community has been essential, particularly in helping increase Dash merchant adoption in developing economies. For example, members of one of our most active Dash communities in Caracas, Venezuela – where the native currency is undergoing hyperinflation – launched some services to facilitate the growth of Dash locally. These new entities have worked tirelessly to grow the Dash ecosystem in Venezuela to over 1,400 merchants, including locally-run locations from mainstream brands like Calvin Klein and Subway. “Dash Help Venezuela,” is the first support center for cryptocurrency funded directly by a cryptocurrency, which assists people who are looking to transact and use Dash. There are countless examples of community members around the world engaging in efforts to expand Dash adoption, and anyone with a solid plan that benefits the network can receive funding to execute.”

Rule №5. Treat them as a family

The community is an essential and the most vital part of Cindicator since the products itself are build around it, including hybrid intelligence platforms with more than 110,000 analysts and analytical tools that are based on the input from the analysts and are used by more than 6,000 traders. So, one could say that there would be no Cindicator without their supporters and that’s why it’s crucial for the project to nurture its audience.

Yana Marakhonova, Cindicator’s Head of Community was in the game for a while and knows exactly what she is doing:

“Being in the field for a while I’ve noticed the common trend when the blockchain project’s team hires another team to manage the community. And the service provider doesn’t care about the product that supposed to be promoted and doesn’t want to learn about it in the most cases. That leads to quite a hostile tone of communication between the members of the project’s community. In my experience, the key is to be caring and friendly with people who want to get to know your product. And that’s how I deal with it. I keep track on what’s going on with passionate Cindicator’s supporters, we follow each other on personal Instagram and Facebook accounts, chat all the time. Recently one of our community members, who have been very helpful for us, had a sad story happened. He got hacked, and most of his sensitive data were stolen, so I flew over to the location where he is based for a business trip but did everything I could to meet him personally on that trip to provide some support.

Cindicator can’t evolve without our community,  and to some degree its mutual – community also needs us. We symbiotically co-exist, and I can even characterize our tribe as a family.”

Do you support some of the crypto projects? In the comments section below let us know what the most memorable thing you’ve experienced as a part of their community was.