How Blockchain can sidestep the ‘Tragedy of the Commons’ 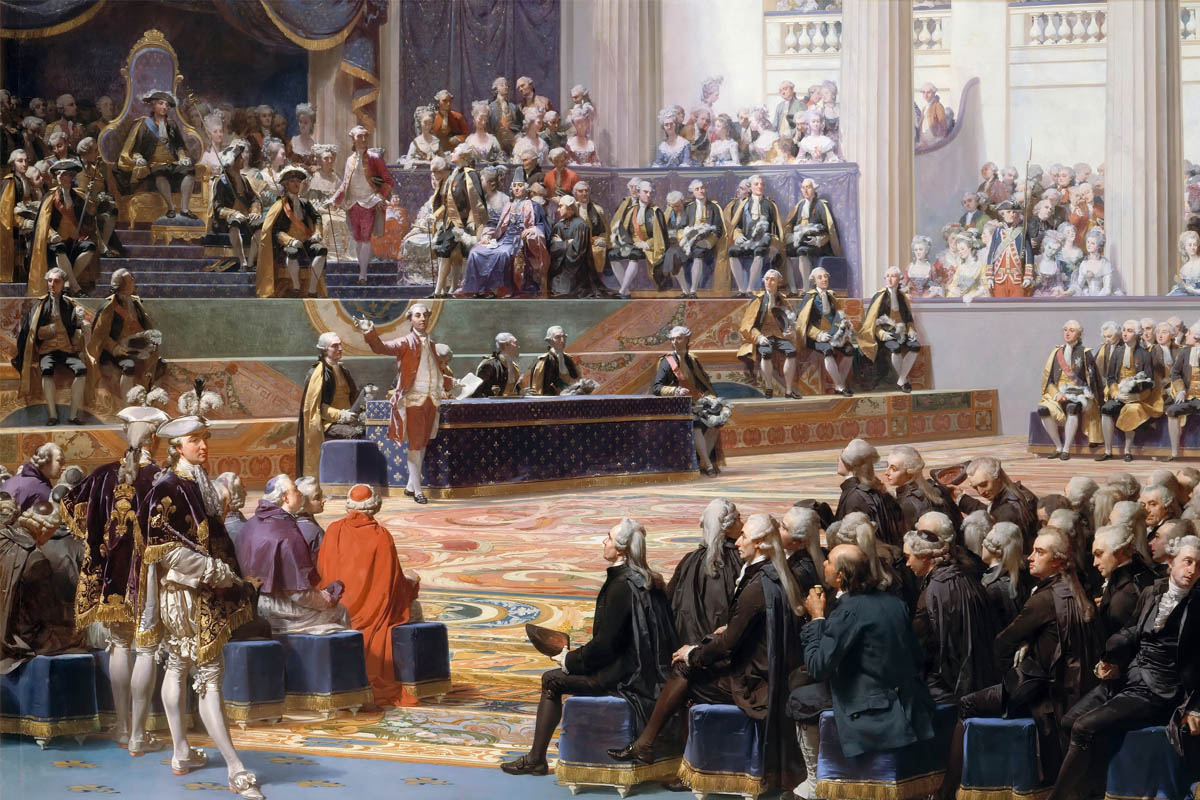 “The tragedy of the commons develops in this way. Picture a pasture open to all. It is to be expected that each herdsman will try to keep as many cattle as possible on the commons. Such an arrangement may work reasonably satisfactorily for centuries because tribal wars, poaching, and disease keep the numbers of both man and beast well below the carrying capacity of the land. Finally, however, comes the day of reckoning, that is, the day when the long-desired goal of social stability becomes a reality. At this point, the inherent logic of the commons remorselessly generates tragedy.”

In 1968, American philosopher Garett Harding penned his theory, The Tragedy of the Commons – a precis which fundamentally outlined the view that within a shared-resource system, users acting independently to promote their own self-interest behave contrary to the common good of all other users by spoiling that resource through collective action.

Harding elaborated his example of a herdsman, who, trying to maximize his gain, might ask, “What is the utility to me of adding one more animal to my herd?”

While that herdsman might receive near-total benefit from the sale of an additional animal, that benefit has negative implications for other herdsmen sharing the same pasture; the effects of the new animal overgrazing are shared by all, with each herdsman effectively sharing what is called a ‘negative utility’; they will have to accommodate pastures for the extra animal one herdsman has now introduced, even though spread amongst all herdsmen that detriment might be minimal.

The herdsman, evaluating the positive utility to himself and the small negative utility to other herdsmen, might rationally conclude that a reasonable course of action is to add another animal to his herd. Seeing the positive benefit to himself and the minimal detriment to others, the herdsman might conclude to add yet another animal to his herd – again, again, and again.

However, this same conclusion could be reached by each and every rational herdsman sharing a commons. As Harding wrote, “Therein is the tragedy. Each man is locked into a system that compels him to increase his herd without limit – in a world that is limited.”

The twenty-first century might hit home to some as the closing theatre of the ‘Tragedy of the Commons’. The same score is played out in myriads of different ways, as the Earth’s global population continues to increase as quantities of natural resources, precious metals, and the quality of the Earth’s environment itself have begun to diminish.

Since the severing of paper money from reserves of gold and silver, one could argue that fiat currency faces similar traction; for example, the US Dollar has depreciated by some 96% of its original value since its inception in 1913 to one hundred years later in 2013. For parity, that means one US Dollar printed in 2013 has the equivalent value of four cents worth in 1913.

As Harding himself wrote, “Ruin is the destination toward which all men rush, each pursuing his own best interest in a society that believes in the freedom of the commons. Freedom in a commons brings ruin to all.”

Given that paper money (and funds stored digitally) are offered as credit, a bank typically creates money when creating a loan – and after issuing funds to a loaner, it expects those funds to be paid back with interest.

By necessity, a bank traditionally keeps a reserve of this credit-based money to survive. A reserve bank can typically print money as needed by the economy, which in turn can lead to inflation, where prices for goods increase and the purchasing value of paper money decreases.

This can lead to financial crises where a bank will require a bailout or face the collapse of the monetary system. We see the ‘Tragedy of the Commons’ play out here, where banks – acting out of preservation or self-interest – behave contrary to the common good of all other users by spoiling a resource through collective action.

One need only look at the worst ramifications of this theory, where a currency can erode to the point of becoming little more than worthless; Zimbabwe is frequently pointed to as one such example, while recent turbulence in Venezuela has further diminished trust in its fiat currency, the bolívar.

While few advents have found themselves as compelling and seldom understood as the emergence of blockchain technology, the white paper published by Satoshi Nakamoto might present a lifeline for humankind of escape the tragedy of the commons once and for all. This is chiefly done by the fact that cryptocurrency miners, despite acting in self-interest, perform a public good as a function.

To more widely frame this development, one can take a step backward. Leveraging Bitcoin as our example, we can evaluate that thanks to a fixed supply of some 21 million coins, the digital currency fundamentally differs from fiat currency which – in essence – can be feasibly limitless in supply.

Where fiat currency can be printed, “mining”, is the process wherein Bitcoins are created and enter the system. Miners leverage complex computer systems with special software to verify blocks of transactions. By creating a ‘correct’ hash sequence, each block becomes sealed off and the miner responsible for verifying transactions is rewarded with an allocation of Bitcoins.

This process brings with it two important implications. Firstly, the influx of new bitcoins will eventually slow and then stop completely, and,  secondly, diminishing rewards will eventually see miners turn to user-provide transaction fees as a means of income.

Bitcoin – and blockchain technology – might fundamentally be able to sidestep the tragedy of the commons given the fact that, despite fundamentally acting in self-interest, miners inherently serve a public good and are essential to the operation of the Bitcoin network.

This possibility is, of course, reliant on the fact that Bitcoin becomes a widely adopted means to exchange value. On the presumption that Bitcoin – in the future – enjoys a large transaction volume, three key disruptions can altogether be avoided.

Firstly, miners would have no incentive to cease mining, as the worth of Bitcoin and either mining rewards or transaction fees will be enough to entice their continued service as a means of income. Subsequently, miners would fundamentally heed caution in demanding higher transaction fees, which could inversely affect the willingness of participants to use Bitcoin as a means of exchange given the high cost of doing so.

Finally, the incentive to maintain the Bitcoin network would fundamentally entice new miners to continually enter the fold to offset those who cease their operations; avoiding scenarios wherein the Bitcoin’s mining network becomes centralized.

As outlined above, the outcome wherein Bitcoin becomes an accepted means of exchange may be the only way to effectively sidestep the tragedy of the commons; and this in itself is dependent on the ability of the Bitcoin network to scale to vast amounts of users in the very near future.

These proposals might well form the ‘make or break’ moment for the Bitcoin network – where, should dissatisfied community members walk away and proceed to fork the Bitcoin blockchain – we could see actors increase their attempts to cultivate newer cryptocurrencies at the detriment of those attempting to cohesively use the core Bitcoin blockchain. The analogy of the herdsman and another animal is prevalent here, despite the fact that the pasture in question may fundamentally be different.

In The Tragedy of the Commons, Harding opines that there is necessity in ‘abandoning the commons in breeding’, and that ‘no technical solution can rescue us from the misery of overpopulation’; his view informed by the fact that “the commons, if justifiable at all, is justifiable only under conditions of low-population density. As the human population has increased, the commons has had to be abandoned in one aspect after another.”

The parallels between low-population density and the scarce nature of Bitcoin itself are far more than surface observations.

Harding outlined that ‘Individuals locked into the logic of the commons are free only to bring on universal ruin; once they see the necessity of mutual coercion, they become free to pursue other goals. I believe it was Hegel who said, “Freedom is the recognition of necessity.”

Mutual coercion plays out in the blockchain between miners and transacting parties; and, as Harding outlines, we could take this as a “mutual coercion, mutually agreed upon by the majority of the people affected.”

The emergence of Blockchain technology might mark one of the first occasions in which humankind can altogether work through the tragedy of the commons, and establish a universally accepted means of exchange through which the prevalence of an actor to destabilize the wider system is minimized.

As Harding writes, “Who enjoys taxes? We all grumble about them. But we accept compulsory taxes because we recognize that voluntary taxes would favor the conscienceless. We institute and (grumblingly) support taxes and other coercive devices to escape the horror of the commons.”

Satoshi Nakamoto’s vision, should it prevail, does succeed – in theory – in leveraging one of humankind’s greatest follies as one of its core strengths.

By harnessing self-interest as a public good, and by creating a mutual coercion between miners and transacting parties, Blockchains could fundamentally sidestep the tragedy of the commons once and for all – with a system founded in necessity, operated by mutual coercion, that principally preserves the freedoms of all its parties.

What are your thoughts? Could Blockchain technology, or the Bitcoin network in particular, form an escape from the human nature that has, in the past, ravaged numerous currencies and precious assets? Be sure to let us know on Twitter – join the conversation @coininsidercom!