Killing clickbait with cryptocurrency – where blockchain and publishing meet 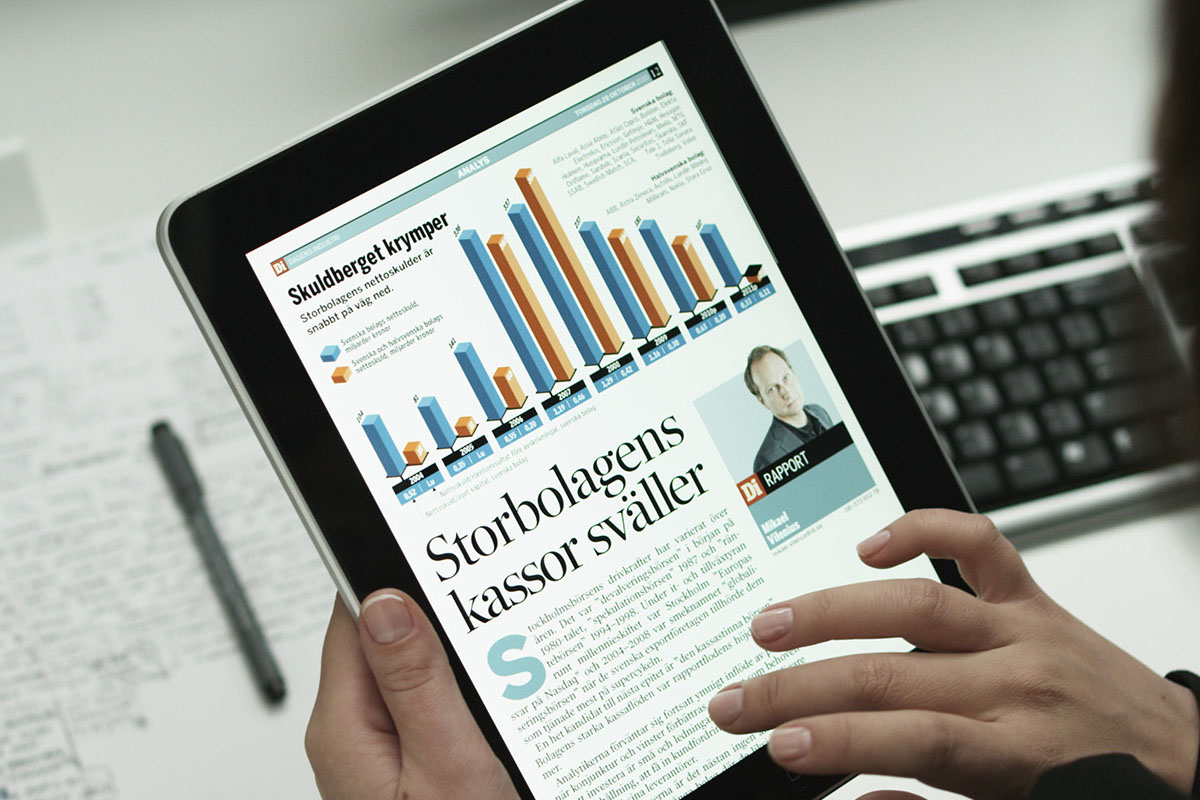 The World Wide Web has been a tremendous democratizing force, enabling people to be better informed than ever before.

Developments like online advertising networks also made it possible for more people to make money from creating content. Charging for digital media, whether news articles, hit music, or comedy videos, was a difficult problem that online ads seemed to help solve.

It also linked the revenue news websites earn to views and clicks. Of course readership, circulation, and ratings have always been important measures of success, but the granularity with which you can measure things online brought with it an interesting set of problems.

Clickbait and for-profit fake news are two chief examples of behavior that is encouraged by linking revenue to clicks.

Unfortunately, the terms “clickbait” and “fake news” have been hijacked by online commenters to also mean “articles I don’t agree with.” Here clickbait is defined as something which is given a title that the content does not deliver on. This may be an article, video, or anything else which relies on its headline to draw a consumer in.

In its simplest terms, clickbait misleads and disappoints the audience. It is epitomized by phrases such as “you won’t believe what happened next” and “this one weird trick” in headlines, without anything surprising being revealed in the actual article.

“Fake news” is literally a lie that someone made up to trick people into clicking on and sharing a story, so they can make money from it. In the past, these may have been mostly benign urban legends that pranksters try to get people to share with one another, but the web has turned the practice ugly.

Neither clickbait nor fake news are new issues, but the scale of the Internet has made misleading headlines and outright lies into pretty lucrative business.

No-one wants to pay for content, but are quick to complain that quality is on the decline. People are happy for companies to fund their news outlets, but don’t want to see the ads and easily accuse media of being influenced by corporate interests.

The problem was neatly illustrated by Google in a recent blog post about Funding Choices, a new product that lets publishers block ad blockers, provided they offer “good ad experiences.”

Google explained in the post that Funding Choices presents browsers with the choice to either unblock ads or buy an “Ad Removal Pass” to see the site without advertisements.

“In the last month over 4.5 million visitors who were asked to allow ads said yes, creating over 90 million additional paying page views for those sites,” said Google. No mention just about anyone buying ad removal passes.

Reading between the lines, given a choice, people will generally want to see ads rather than pay to read articles online.

Solutions to this problem have already been developed for other forms of media, including music and video entertainment.

Apple showed through iTunes that with the right user experience and at the right price, it was possible to sell digital copies of music, movies, and TV shows. Services like Spotify and Netflix extended this to a monthly subscription model.

An area where digital marketplaces like iTunes and subscription services like Netflix don’t always excel is supporting smaller, independent creators who don’t want to rely exclusively on the ad network of a platform like YouTube.

Crowdfunding platforms like Kickstarter and Patreon address this particular need. Patreon is if of particular interest as it offers the ability to generate a regular salary from a community of patrons.

However, all these systems suffer from the same major drawback — you have to place your trust in them. The slightest change in policy, or misalignment of values, can result in a creator being cut off from their only source of income.

This can be as a result of conflicting political and moral views, or business reasons.

The service’s decision to terminate the account of conservative gonzo journalist Lauren Southern was also controversial. Patreon CEO Jack Conte responded to the backlash in a YouTube video, stating that Southern had violated Patreon’s community guidelines by obstructing a search and rescue ship in the Mediterranean.

It also had to roll back a change last year where it was going to make patrons responsible for the transaction fees associated with their pledges, rather than deducting the money from creators.

Patreon said that it expected the change to be a welcome one, as creators would end up with more money at the end of the month. One of the main sources of complaints were patrons who set up many $1 donations to try and support several of their favorite creators with limited funds. Adding transaction fees onto their pledges caused their donations to increase significantly.

While some patrons on the platform canceled their pledges to protest the unilateral change, many those with several $1 pledges canceled because they said they could not afford to donate any more than they had signed up for.

YouTube has faced its own controversies over the years, ranging from copyright holders using its automated take-down system to censor creators expressing negative opinions about video games, to the “adpocalypse”

Comedians like Isaac Butterfield have also complained about YouTube’s automated video removal algorithm which flagged his video on political correctness and removed it from the platform.

The big issue plaguing YouTube at the moment, however, is the demonetization of videos deemed inappropriate. YouTube was responding to advertisers pulling out of the platform when their commercials were shown beside content they did not want to be associated with.

Longstanding members and prominent figures on the platform such as Felix Kjellberg (PewDiePie), Casey Neistat, and Philip DeFranco have all complained about having videos demonetized, whether due to swearing or other offensive behavior in their videos.

YouTube expanded on this policy recently to reduce the probability of “bad actors” earning ad revenue from the platform by increasing its minimum requirements to be eligible for monetization. Previously you needed 10,000-lifetime views on your channel to qualify for advertising revenue. From February 2018 you now need 4,000 hours of viewing time on your videos in the past year, as well as 1,000 subscribers.

Google was criticised for this most recent change as it effectively cut smaller YouTube channels off from earning any income from their work.

Developments in distributed ledger technologies may help address all of these problems—from helping writers, podcasters, and video creators to get paid for their work, to disincentivizing behavior like clickbait.

Using cryptocurrencies, creators can be in control of their own destinies, while blockchain-based platforms are testing new models of rewarding creators for their work.

Services like Steemit and Minds are presented as alternatives to centralized social networks like Facebook, but their models could in time be expanded to cover professional creators too.

Both platforms use models that aim to reward its users for their time and contributions to the platform. Steemit’s rewards system lets you earn tokens on its blockchain, called STEEM, by authoring or curating content. When curating, you are paid out according to how popular a post you voted for proves to become. When writing, you are paid out according to how many votes your post receives.

Similarly, systems which aim to measure attention on articles like Minds and the Basic Attention Token will penalize content where readers close misleading posts before finishing them.

Are Steemit and Minds succeeding?

The Minds ERC20 token is still very new and currently running on a test network. Whether the platform will be a success remains to be seen.

Steemit, on the other hand, has been around since 2016 and statistics regarding the number of posts being made, and active user numbers can be readily obtained from its blockchain.

There are posters on Steemit who produce daily reports based on this data, making it easy to see whether the platform is growing. The latest update from on such Steemit author, Arcange, shows that Steemit saw a spike in monthly active users in January.

Monthly active users on the platform have declined every month since then, but are still higher than the best month in 2017. Steemit’s Alexa rank is 1,368, also down from last month, but significantly higher when measured year-on-year.

Arcange’s post also shows an interesting phenomenon occurring on Steemit — authors sometimes embed their own advertising in their posts. These promotions can be for their own projects and other activities on Steemit, or just a banner ad in the content of their post.

Looking at Steemit’s Trending page reveals that it is a niche platform. The majority of successful posts are about cryptocurrencies or Steemit itself. There are also several posts about abuse of the platform’s mechanics, with the Burn Post initiative currently receiving significant STEEM rewards in support of its campaign to curb “vote-buying, bid bots, circle jerks, and other wasteful nonsense that is increasingly beginning to dominate the platform.”

Steemit has also been criticised for being too centralized a blockchain, with the developers holding far too much of the voting power on the platform. The organization has promised to decentralize the 41% stake the @steemit account holds, though it has said that it will be a “multi-year process.”

However, statistics from near the launch of the Steemit platform showed that the vast majority of STEEM tokens were in the hands of a vast minority of users on the platform, even when excluding the @steemit account.

While these systems have not solved several crucial problems, they are on track to help decentralize creator rewards and offer alternatives to conventional online advertising models.

Besides the problems highlighted previously, the issue of seamlessness also still needs to tackled. The Basic Attention Token is attempting to address this by building the system into the Brave browser. However, the ability to pay for content needs to be made easier in general.

Another pitfall of platforms focused on social networking like Steemit is that they don’t effectively monetize a publisher’s longtail content. Like most social networks they not only favor new content, but basically disregard older posts.

Cryoptocurrency-based rewards systems also won’t solve the problem of echo chambers. It is expected that people will continue to vote for content they agree with, and won’t financially support things in conflict with their world-view.

These are not unsurmountable problems, but a reminder that there are no silver bullets to the challenges and opportunities out there, whether in the blockchain space or elsewhere.