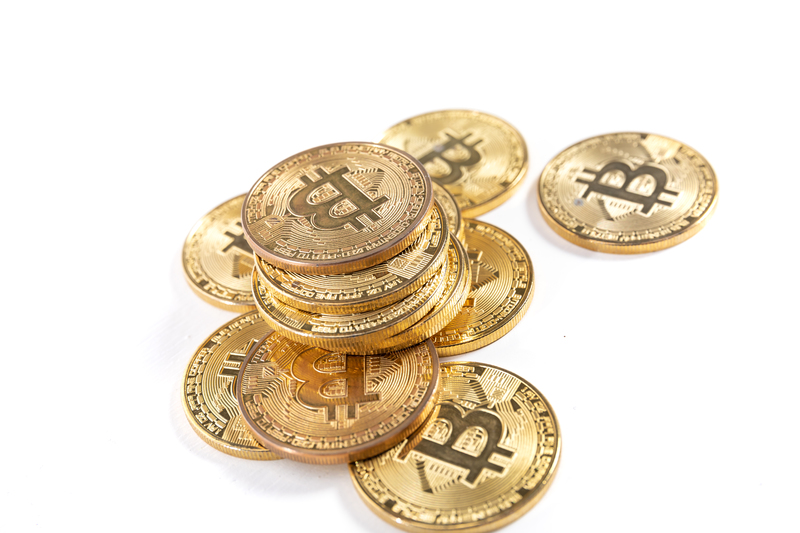 At the time of writing, Bitcoin has seen a slight pullback to sit at $10,953 USD – just under the new high for this year – but it still remains bullish with a 6.24% increase in day-on-day trading.

Looking at Bitcoin trading movements over the week, there was a slight trickle in increasing volume and value, but the first major uptick took place on Monday, with a tidy 10,96% increase. This recent surge is the first major spike the token has seen since last October when an increase added over $2,000 USD to its value. 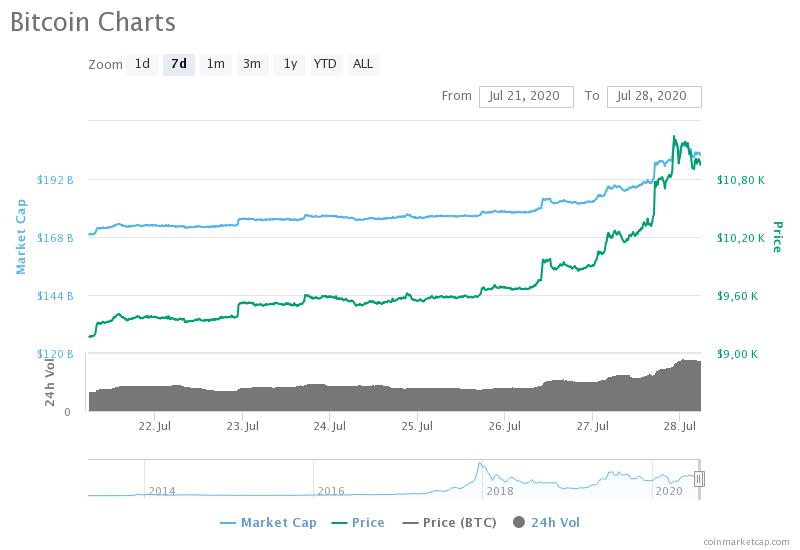 A Bloomberg report predicts that Bitcoin will continue to test upwards to hit a high of $20,000 USD this year to beat the bull run price from 2017. The report also suggests that it might even go as high as $28,000 USD during the year. The report noted that institutional investors such as Grayscale (GBTC) are taking a greater interest in buying Bitcoin:

“So far this year, its increasing AUM has consumed about 25% of new Bitcoin-mined coins vs. less than 10% in 2019. Our graphic depicts the rapidly rising 30-day average of GBTC AUM near 340,000 in Bitcoin equivalents, about 2% of total supply. About two years ago, it accounted for 1%.”

Something would need to go “very wrong” according to Bloomberg, for Bitcoin to not appreciate this year. The analysis notes that the technology is likely poised to surge because of favourable technical and fundamental underpinnings:

“Bitcoin ended 2019 at about $7,000, near the bottom of its range, favoring a shift toward the peak. Last year, the high was about $14,000, which would translate into almost double in 2020 if rotating within the recent band, and mean little in the big picture.”

As reported yesterday, Ethereum price also enjoyed a swell in price to break its recorded high this year. During the week, the altcoin saw a staggering 37.5% difference between its weekly high and weekly low price. Its price hike could be attributed to the growing Decentralized Finance (DeFi) market, leading to positive sentiment for the cryptocurrency

If each cryptocurrency sees increases in isolation like this, it could spell a new bull run for the market as new investors are enticed by steady gains across the board.