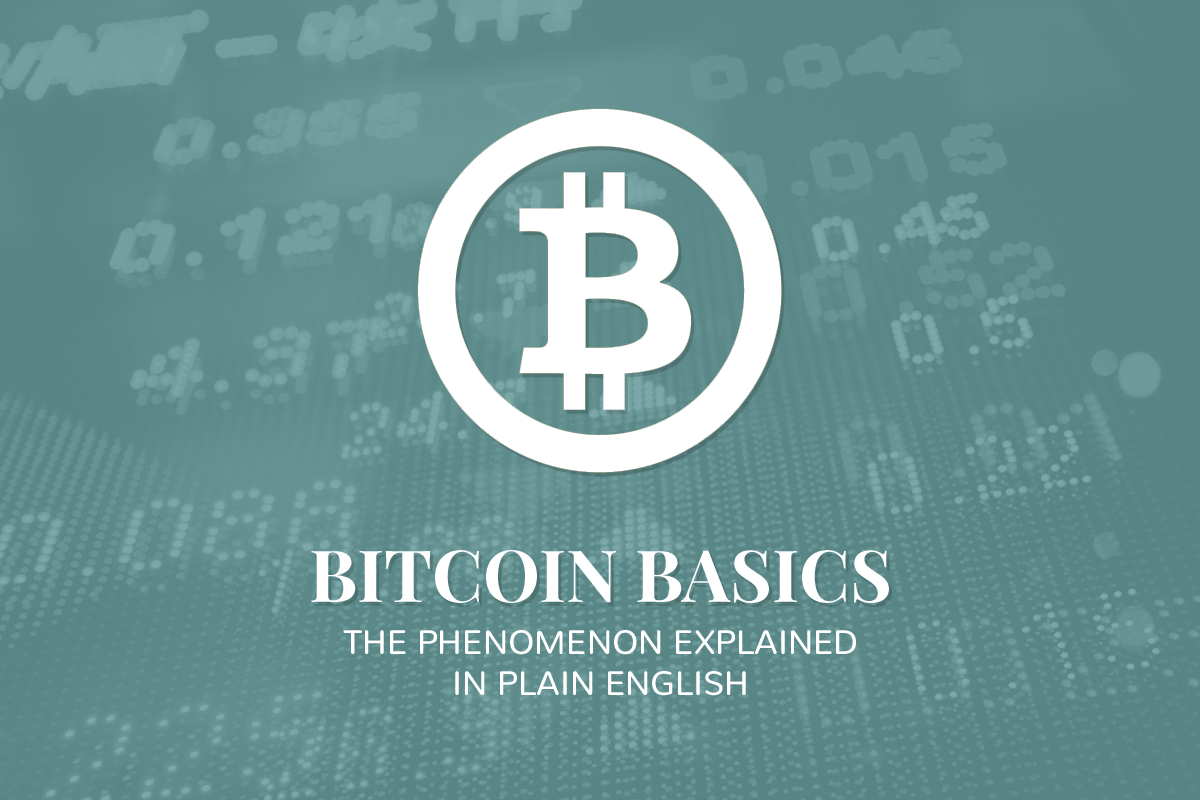 You may have heard about Bitcoin on the news, from a friend, or even in idle conversation,  but what is it, really?

Bitcoin is a new paradigm for money and the exchange of value. Underpinned by novel technology, created by an anonymous author, and threatening to change the global financial landscape forever, few advents in human history have been so widely discussed yet so seldom understood.

In Bitcoin Basics: The phenomenon explained in plain english, we’ll be taking you through a crash course in just how Bitcoin – and cryptocurrencies in general – could change our world as we know it.

Our series kicks off in ten parts, and gives you a foundational understanding into not only what Bitcoin is, but how it works, where it can be obtained, and whether it will be considered legal tender in the future!

Part one: What is Bitcoin?

In part one, we dive in headlong into Bitcoin and unpack this new financial paradigm piece by piece. In this article, we define Bitcoin, describe what the Blockchain is, and unpack how and when Bitcoin started.

Part two: How does Bitcoin work?

Bitcoin leverages new technology and a network of computers throughout the world to function. In part two, we explore the process through which Bitcoin works through unpacking the mechanics of the blockchain, and evaluate what parties should know when using Bitcoin.

Part three: What is Bitcoin mining?

Bitcoin mining refers to the process wherein Bitcoins are created and enter the system. In part three, we investigate how this process works and whether Bitcoin mining is actually profitable.

Bitcoin is designed to operate as a scarce digital commodity. In part six, we explore whether – and how – Bitcoin satisfies the major use cases and properties of money. We further evaluate several major online vendors who have accepted Bitcoin as tender.

Part seven: How much is a Bitcoin worth?

In part seven, we unpack how Bitcoin’s value is determined by the investment and use of its community, and how it is officiated by the distribution of new Bitcoins into the market through the process of mining.

Part eight: How can I buy and sell Bitcoin?

There are multiple ways to obtain Bitcoin. In part eight, we discuss how one can receive Bitcoin as payment for services rendered or goods provided, receive it as a gift, endeavor to purchase it on an exchange or custodial service of one’s choice.

Part nine: How can I store Bitcoin?

In part nine, we explore how investors can store Bitcoin, and which particular types of wallets are best – providing an overview of desktop, mobile, hardware, and paper wallets.

Part ten: Why should I invest in Bitcoin?

In the final entry in Bitcoin Basics: The phenomenon explained in plain english, we examine why Bitcoin warrants investment and how it could change the world forever.