Analysis: Sentiment on 13 coins that are fire right now 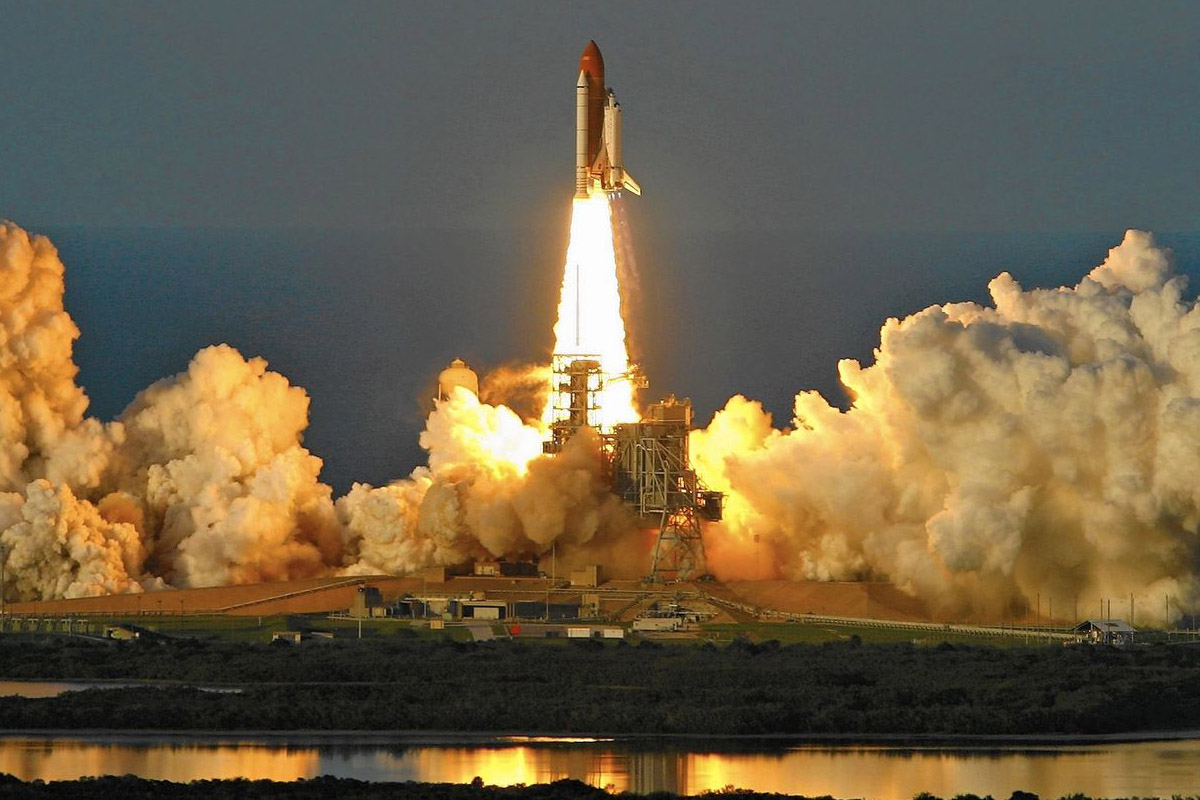 Is it finally safe to come out and play?

For the moment anyways, it appears $BTC is in some form of a sustained bull trend — though there’s no indication the broader bear market is over yet.

After a nearly two and a half month bleed, sentiment on Bitcoin finally broke out of a sustained downtrend, piercing a point in my analysis that hadn’t been touched in a long while.

Most of the 149 influencers and traders I follow for my analysis have remained positive on $BTC since it broke through the much vaunted $6,800 barrier last week. Few on that list believe this run signals we’re out of the monster bear market we’ve been gripped in since February, but this is the best we’ve seen sentiment on Bitcoin in quite a while. 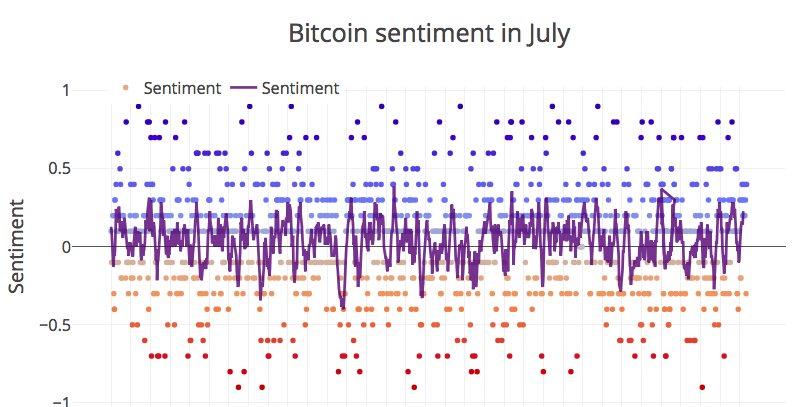 The pattern suggests to me that we’re likely experiencing something more along the lines of April’s bull charge than a complete shift in the market. But hey, April was fun.

Here are the 13 coins/tokens that scored above a 75 on my power rating scale, a weighted formula that takes into account sentiment, volume and unique influencer mentions.  I don’t include coins in my rankings if they have received less than 5 mentions or have been mentioned by less than 3 unique people.

You can always find methodology and a key to my charts at the bottom of my posts, or pinned to the top of my Twitter page @FOMOcryptoDojo. 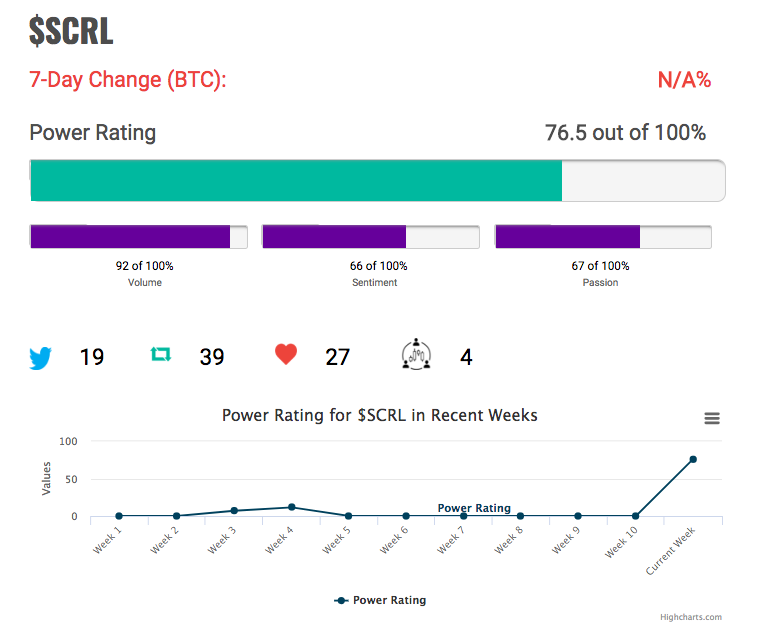 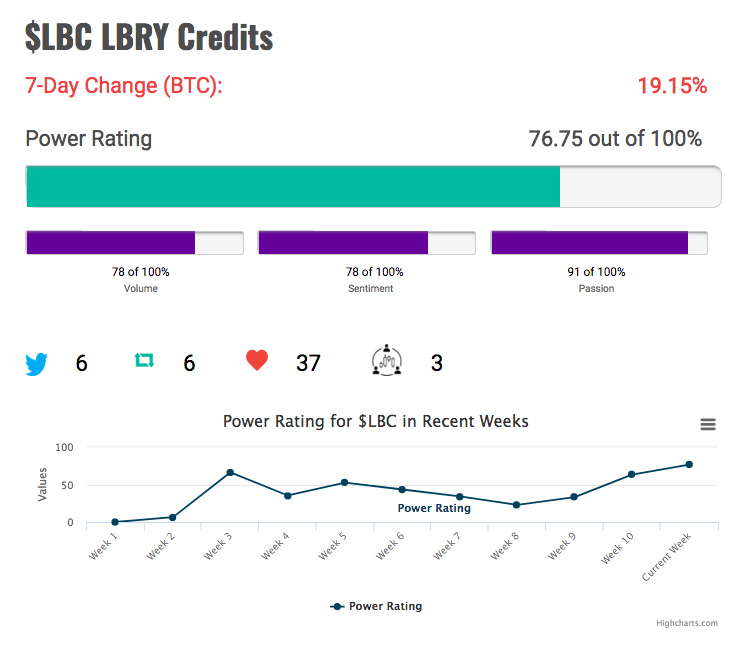 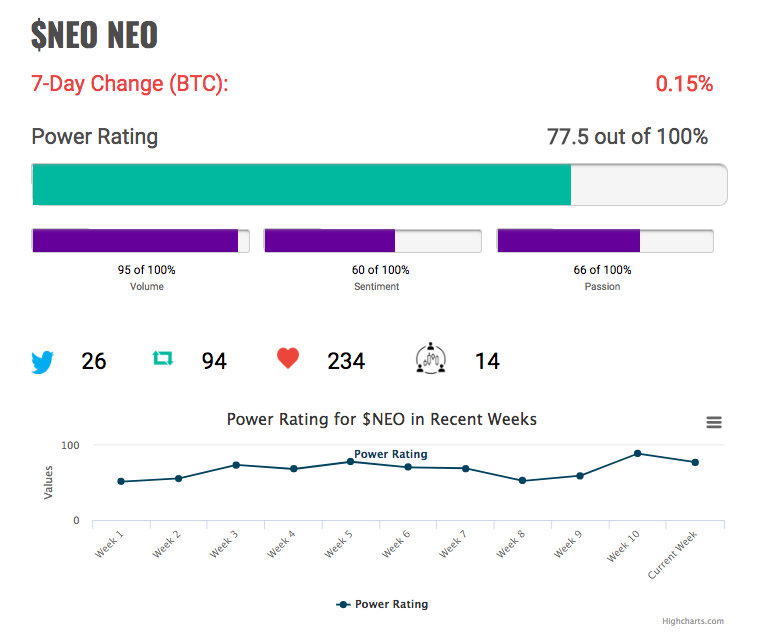 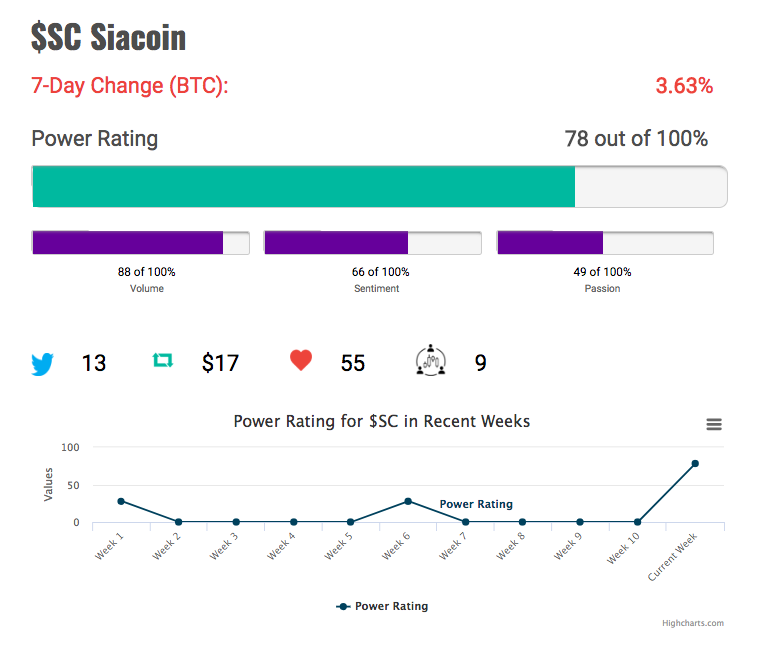 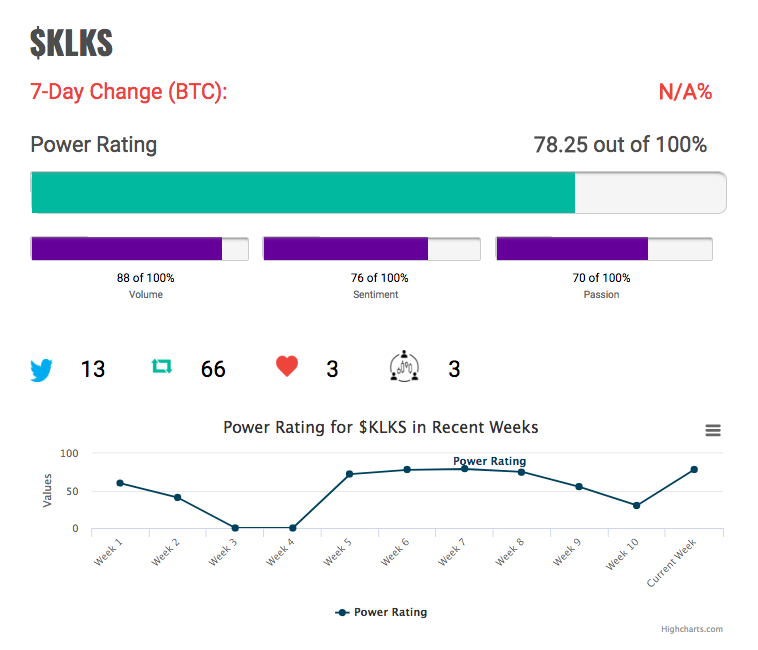 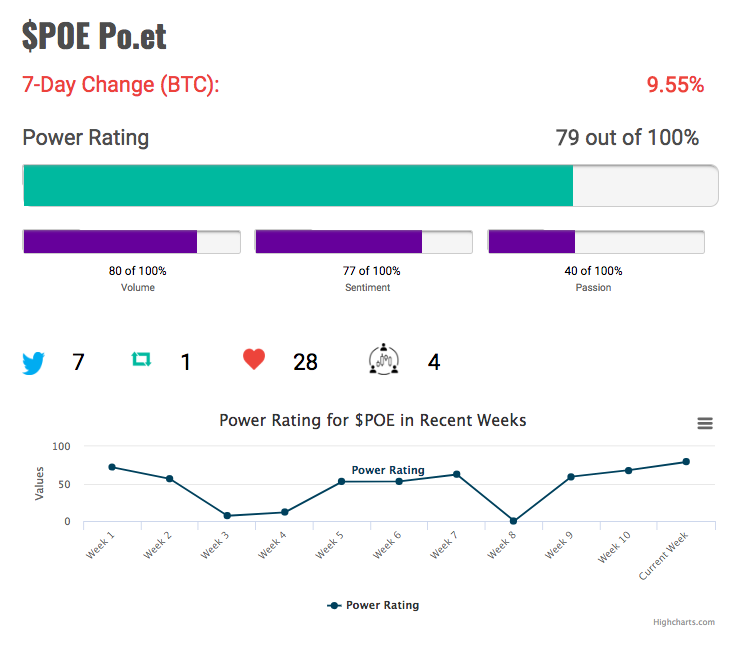 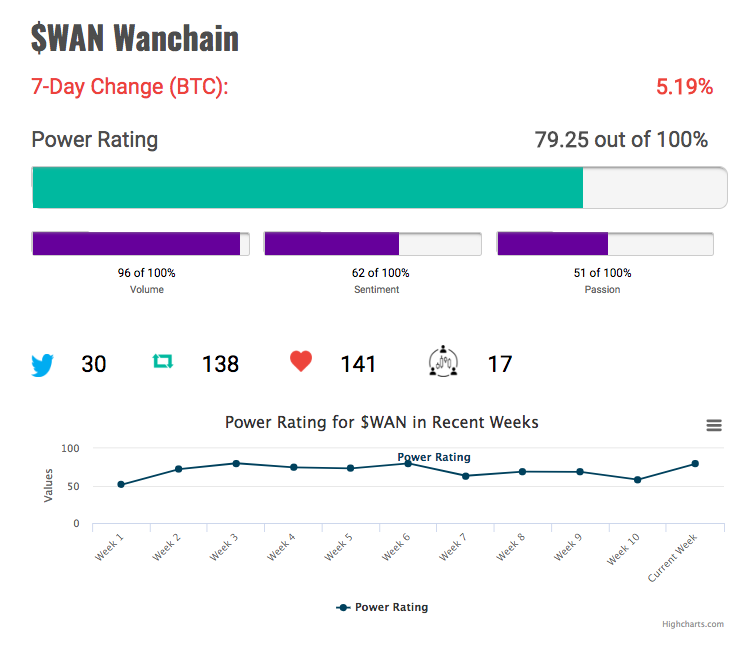 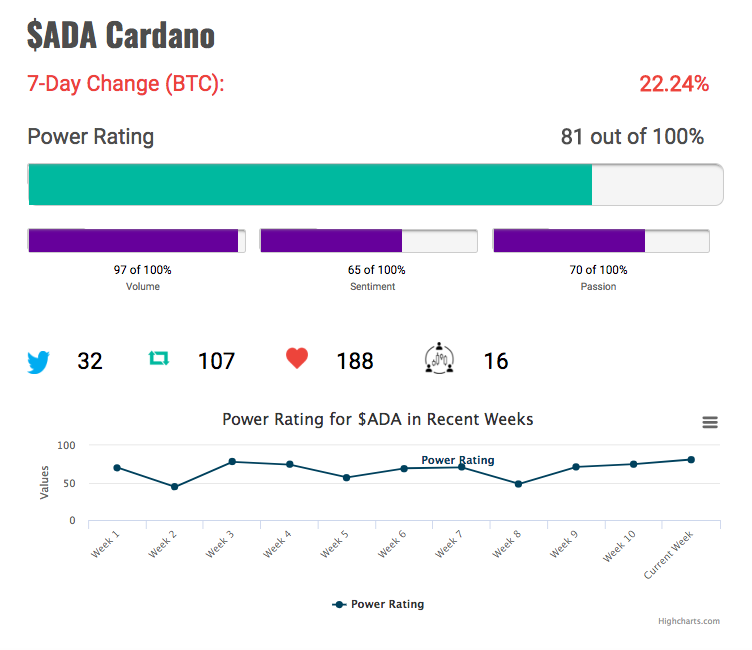 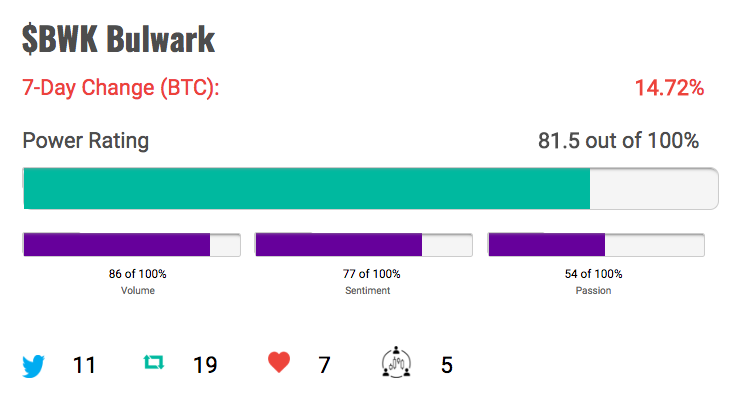 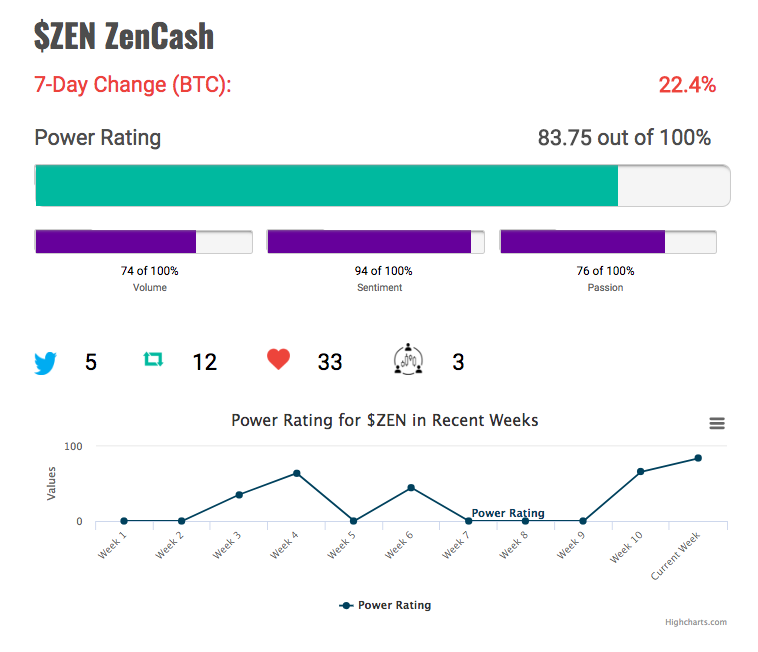 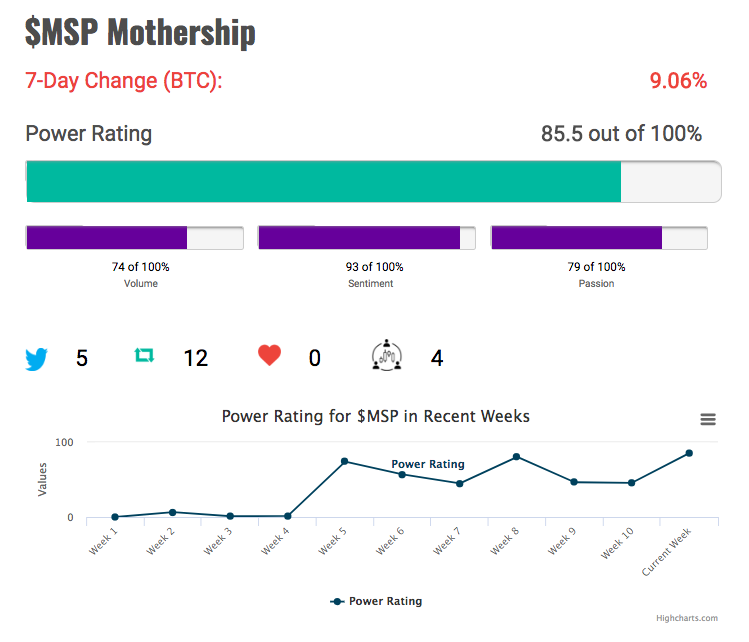 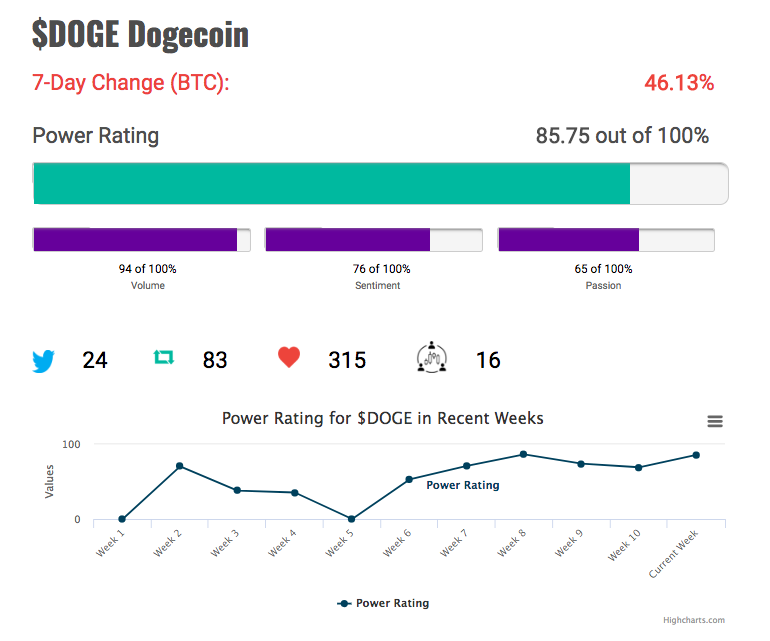 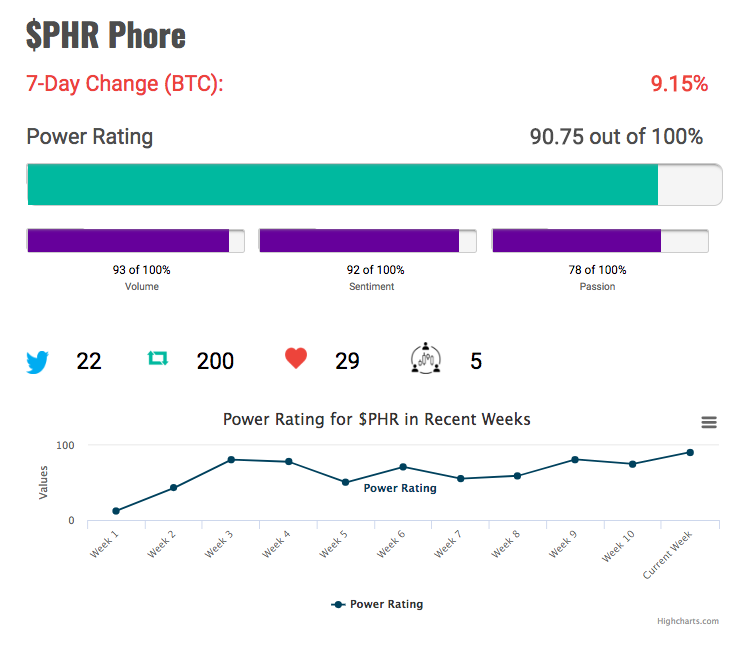