The fine 9: The hottest coins this week using sentiment analysis 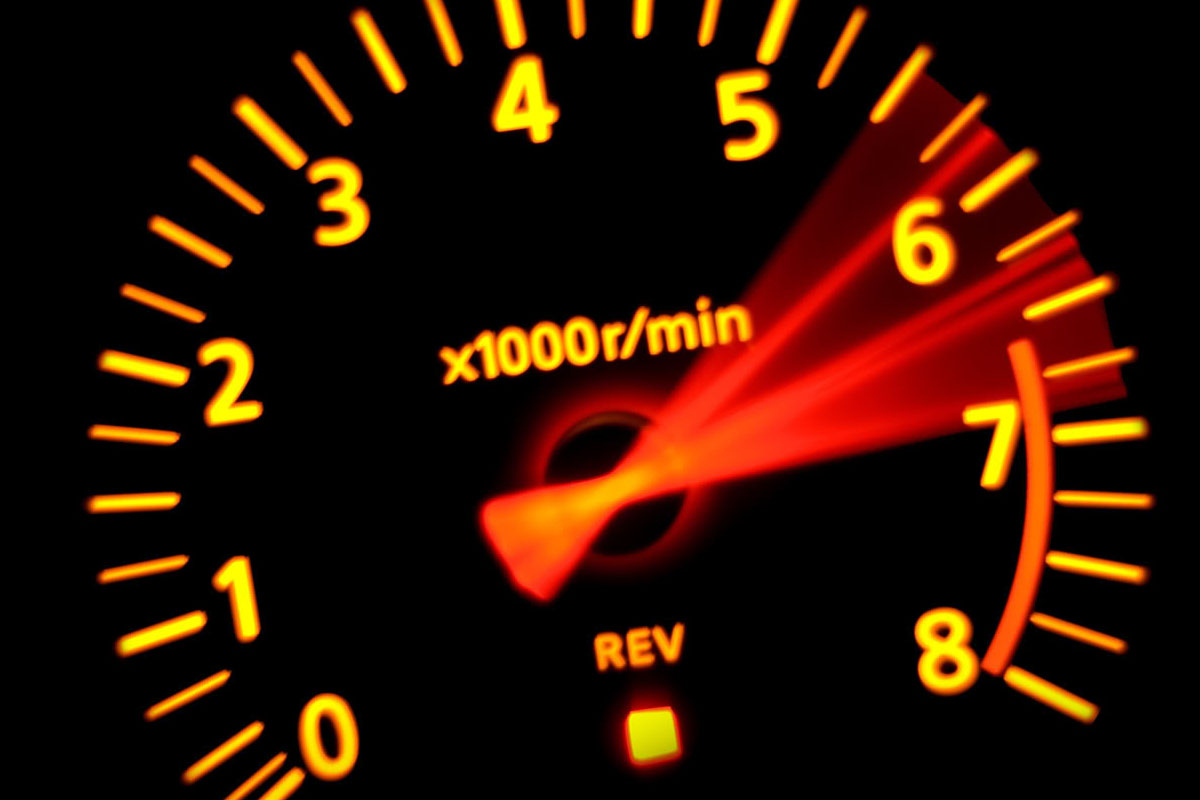 Things are getting interesting.

Bitcoin has been ranging for quite a while now and as that’s happened, the 150 or so crypto traders and influencers I follow have started to choose sides. Bull or bear?

For most of the month, folks have been fairly neutral on where they think Bitcoin is going next. No longer. But things are very far from consensus.

Let’s first look at the sentiment of BTC vs the Alts. 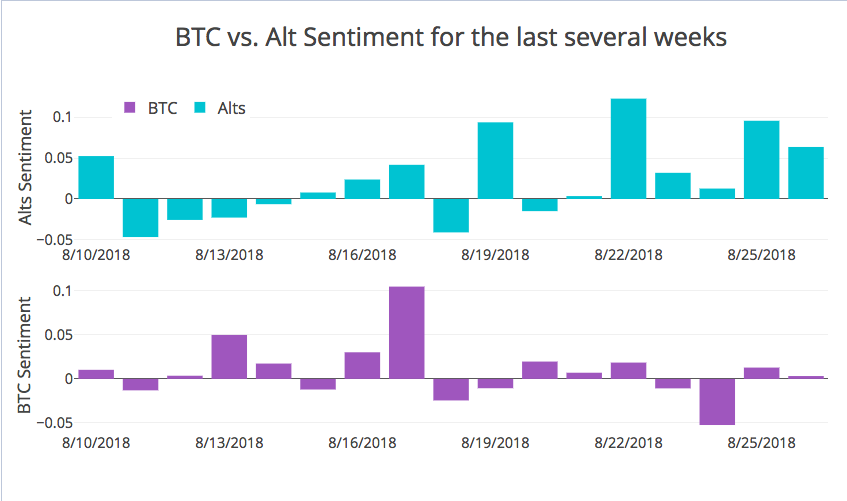 The Alt market has clearly taken a bullish turn in the short term, as tends to happen during weeks when $BTC is stable.  But sentiment on Bitcoin, save from one day, has been almost dead neutral for the last week plus.

That may seem uninteresting, until you add one variable: Passion. 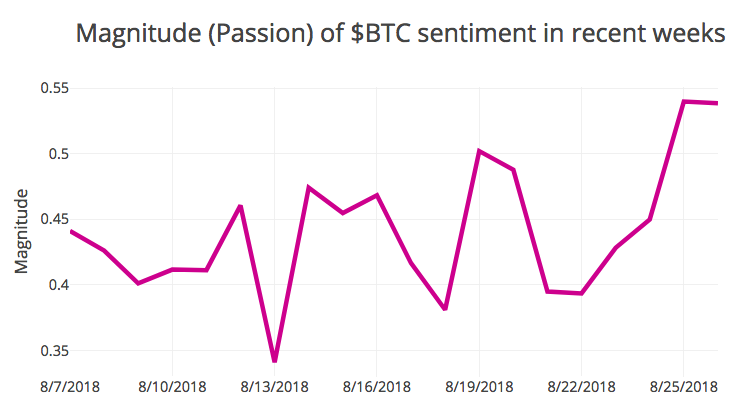 In addition to tracking how people feel about coins, I also track how strongly they feel that way using a measure called magnitude.  And boy do people feel strongly about $BTC these past few days.

It tells us a few things:

A) The cohort of influencers and traders I follow are pretty split on what will happen next, but..

B) They generally feel very strongly about what’s going to happen next, a good indication that we’re nearing some kind of decision point. 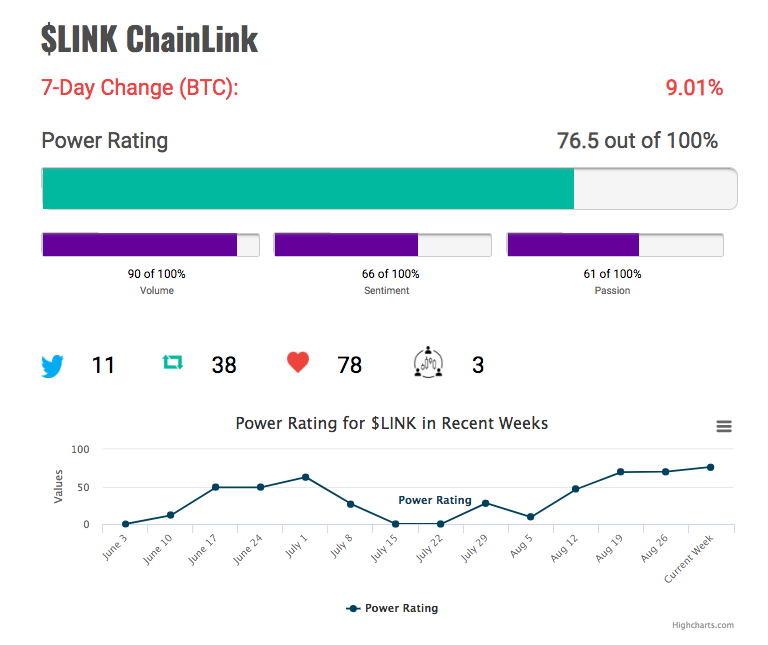 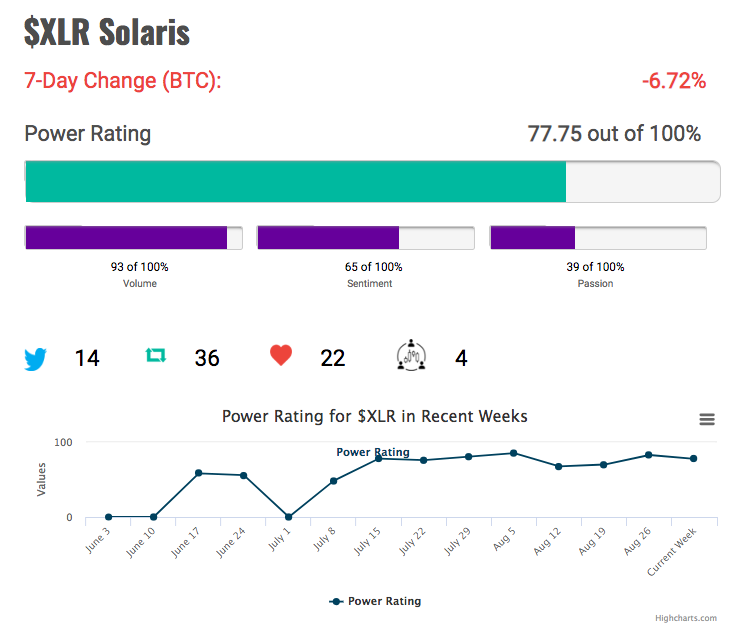 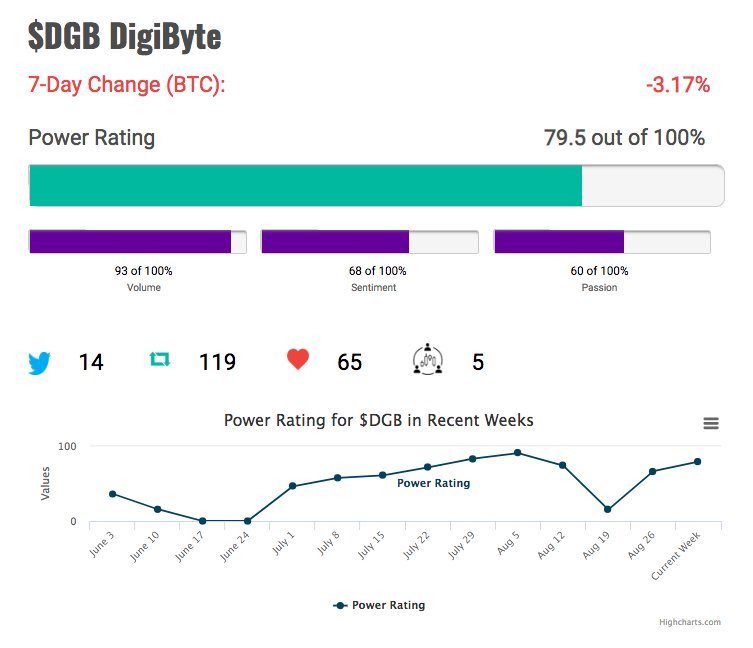 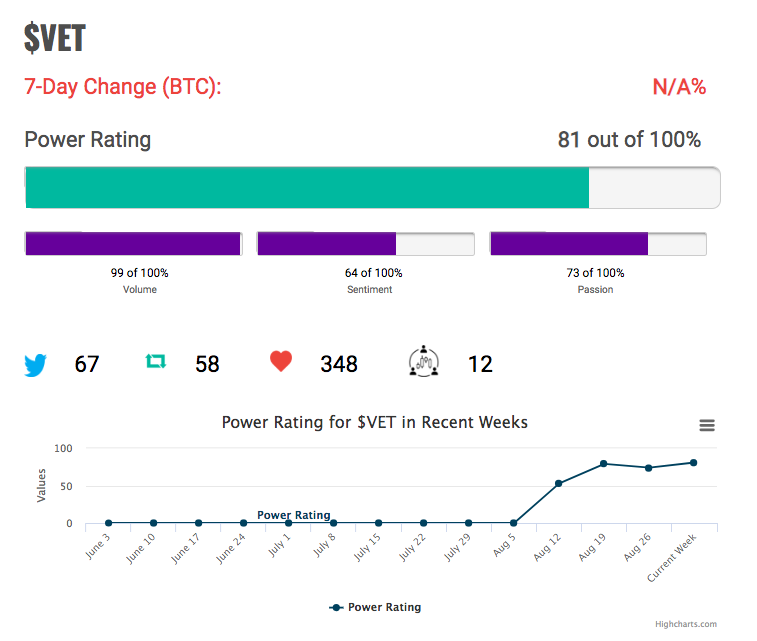 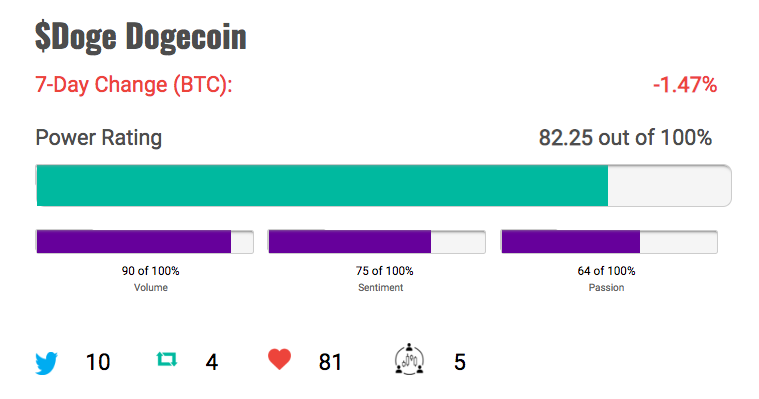 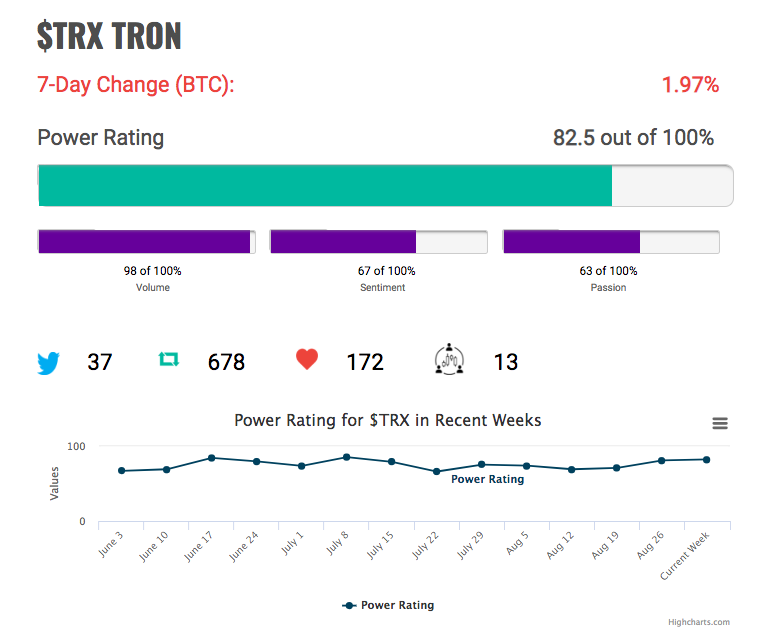 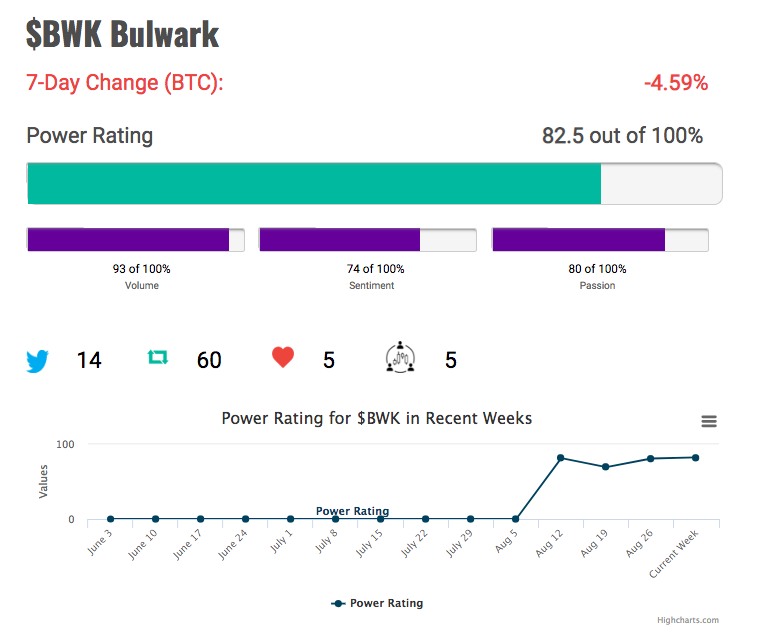 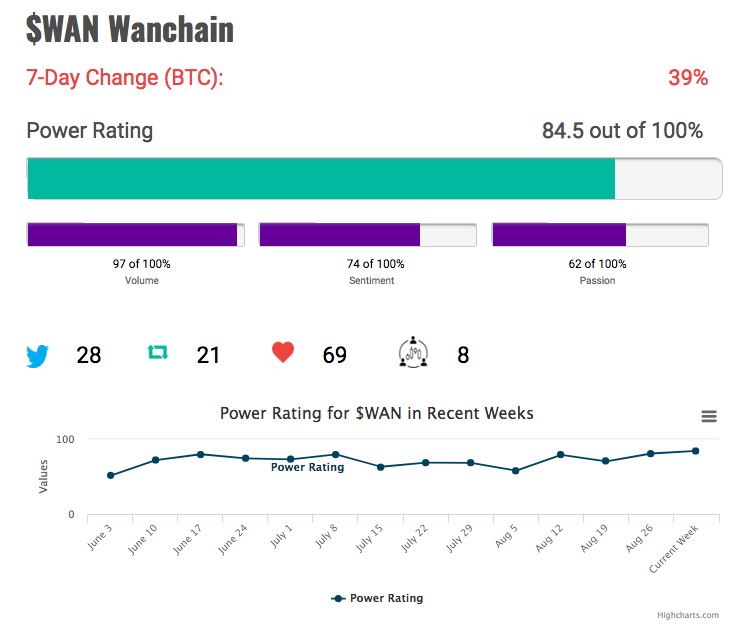 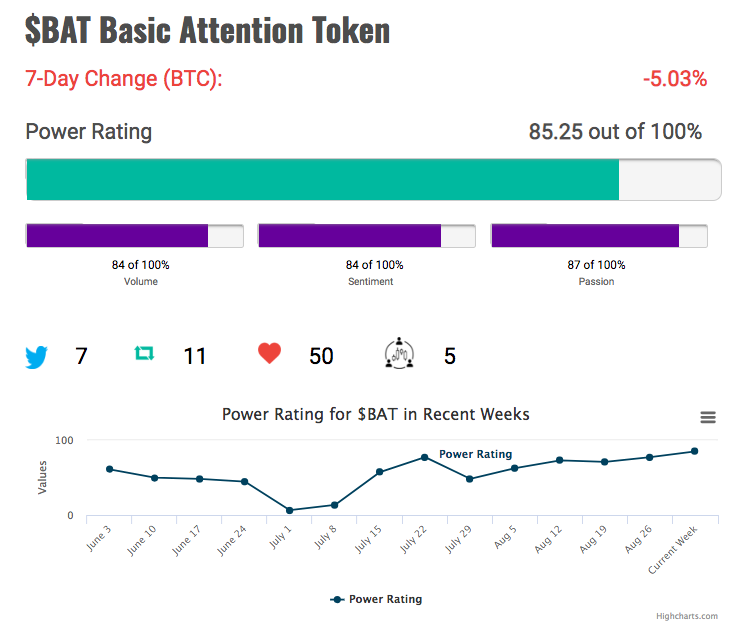 As always, here is all the coins I collected data on this week. If you’d like to see a chart for any of these, just @ me on Twitter @Fomo Crypto ojo